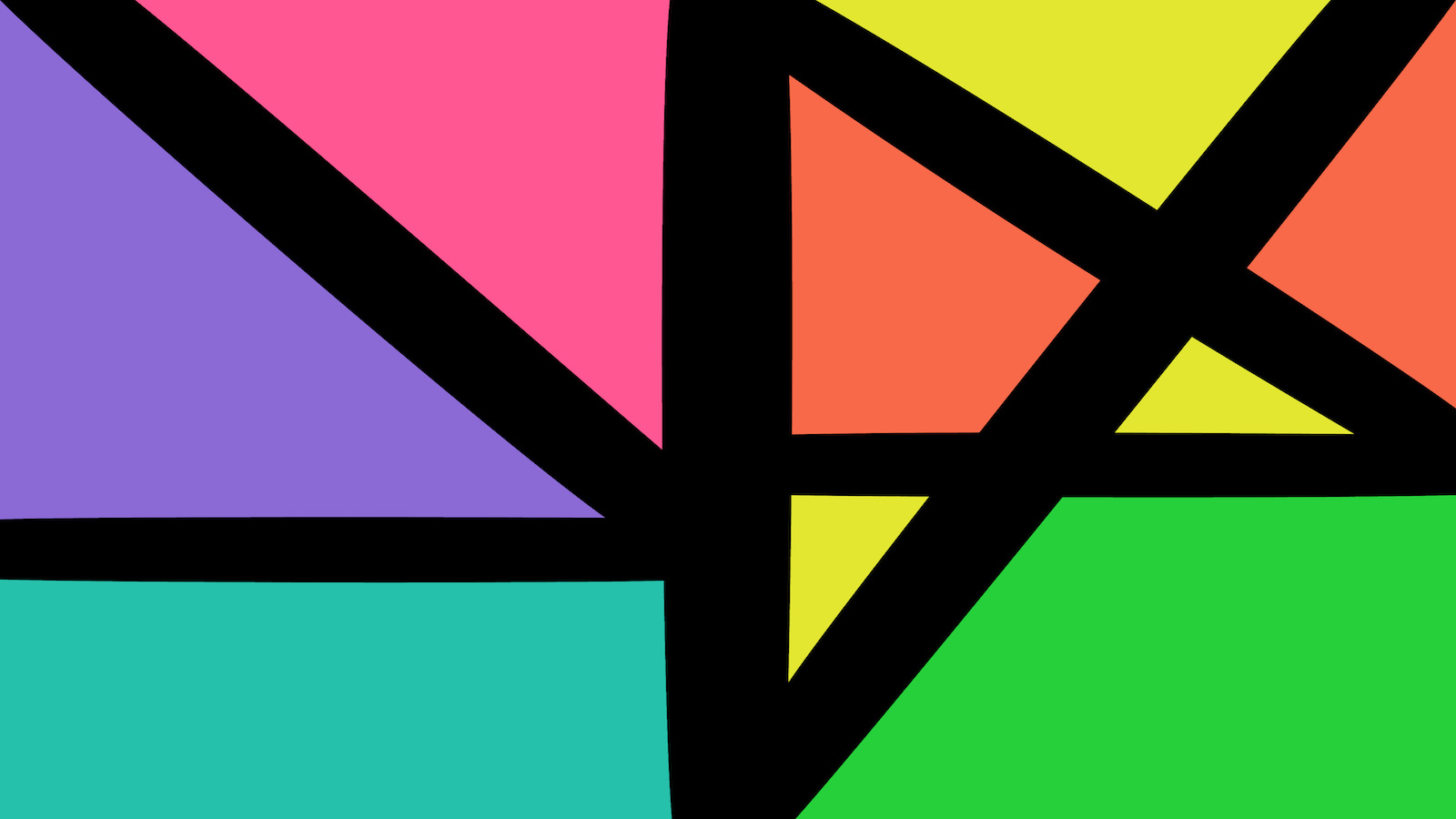 Record collecting can be as much about the artwork as it is about the music itself, and few bands have done cover art with as much style and class as New Order. But beyond the iconic New Order sleeves for releases like “Substance“—with its stark black-and-white text—and “Blue Monday,” which replicated the look and feel of a floppy disk, there’s a whole world of amazing, unusual artwork for the deep diver. The band’s catalog is littered with one-offs, obscurities, and limited editions that reflect its incredible visual aesthetic, but which might be new to anyone except the most diehard fan. Here are 10 examples of fantastic New Order artwork that won’t be found in the average used bin. 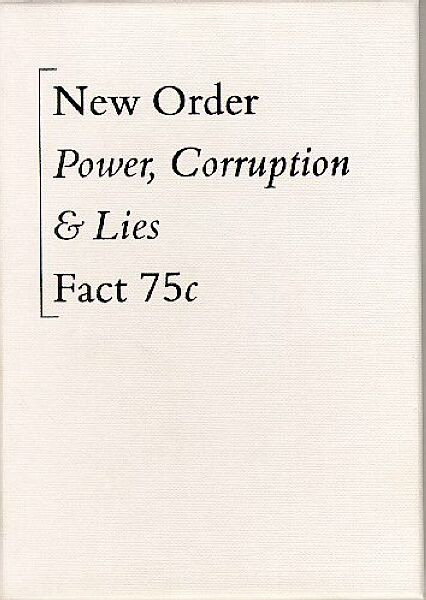 New Order’s second album—and first masterpiece—featured a painting of beautiful flowers by French artist Henri Fantin-Latour as its cover art. But the cassette reissue a couple of years after its initial release came in a cloth-covered box, complete with reproductions of the original inner artwork. It’s a gorgeous, austere way to display a cassette, and Factory ended up issuing these boxes in various colors for their biggest names at the time, including Joy Division and The Durutti Column. 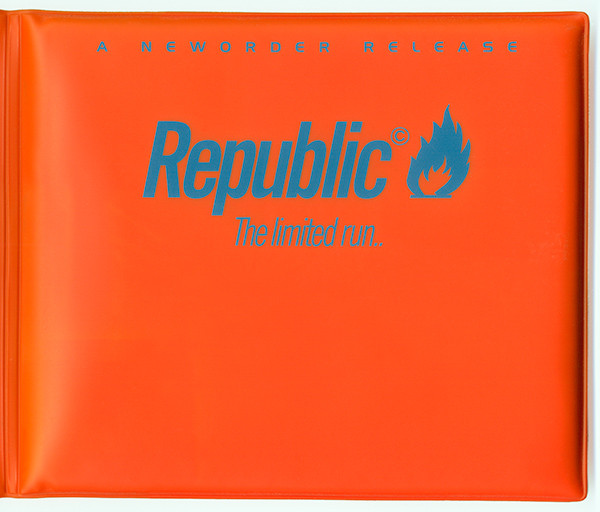 Riffing on the weird cover of its 1993 album—which featured a burning house on one side and a couple cavorting on the beach on the other—New Order issued a limited version (literally called Republic: The Limited Run…) of the CD with packaging made to resemble a bright orange flotation device. It’s made of waterproof material and would make the perfect musical accompaniment to a life jacket. Even the CD booklet was printed on water-resistant paper. 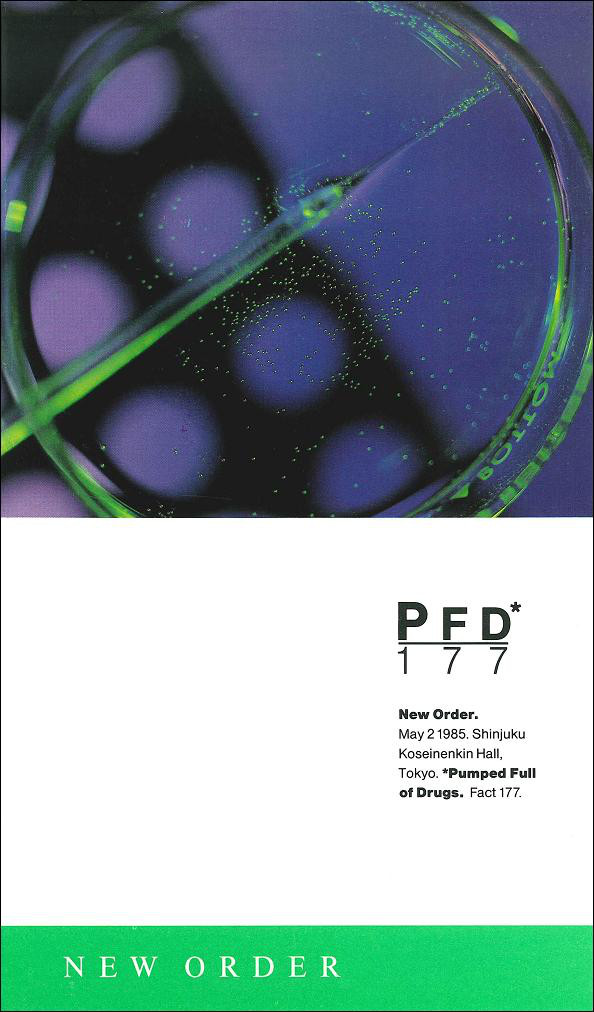 New Order was never too shy about its use of recreational mood enhancers, though it was rarely as direct as the title of this live concert film gets. Pumped Full Of Drugs documents an excellent Japanese concert from the mid-‘80s, and its sleeve is an underrated New Order gem, with a blurry close-up, a Factory Records catalog number featured prominently, and its true title revealed only on close inspection. 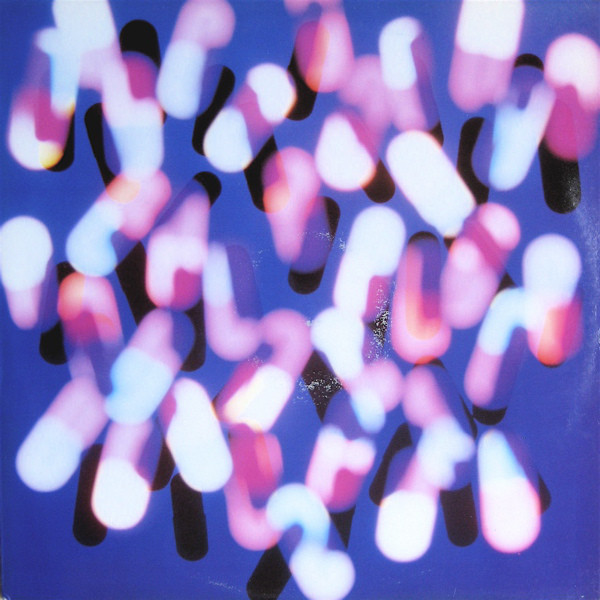 Speaking of direct drug references, New Order’s attempt at an acid house track—1988’s “Fine Time”—featured a gorgeous yellow sleeve with various pills that appeared to be falling from the sky. But it’s the remix twelve-inch sleeve that really knocks it out of the park, simply by shifting the color from sunny yellow to twilight blue. 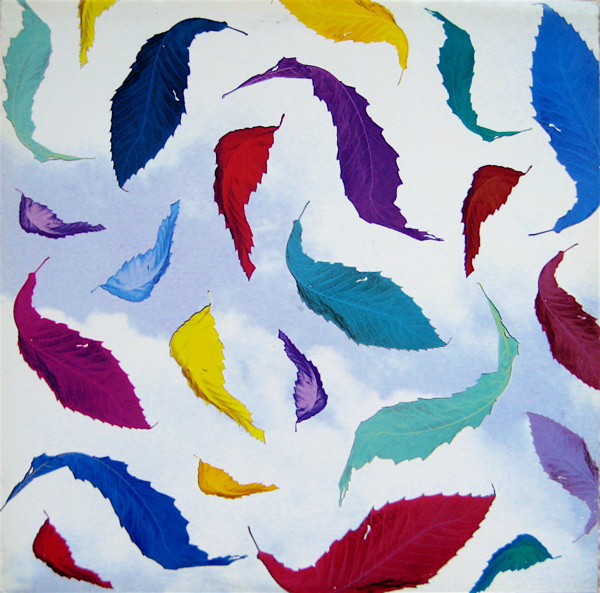 The same holds true for the remix of “True Faith,” the 1987 single that helped launch New Order to stadium size in America. The original single features a single austere leaf on a blue background, but the much rarer remix version casts a whole rainbow of falling leaves against a cloudy sky. It’s like a visual representation of the Shep Pettibone remixes on the release. 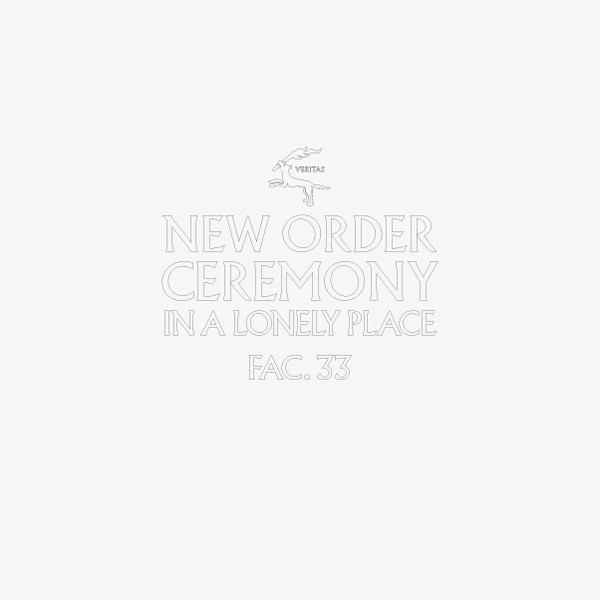 New Order famously rose from the ashes of Joy Division, recording two unreleased Joy Division songs for its debut single. The legend grew so large over the years that New Order released a split single version in 2011 featuring versions of both songs played by both bands. The sleeve riffed on the original 1981 single, whiting out the lettering but keeping the concept. It was limited to just 800 copies, and commands a high price. 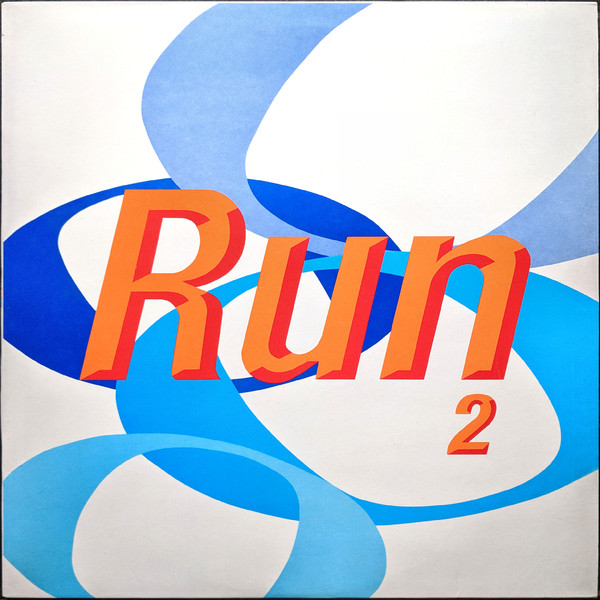 Early New Order sleeves—most done by longtime collaborator Peter Saville—were fairly minimal, with stark images and not much information. By the Technique era, both the music and the marketing had gotten more colorful. New Order took it to an illogical extreme with the artwork for the limited-edition “Run 2” single, which was modeled after a package of Bold Detergent and looked, brilliantly, like a generic dance record. (It is, in fact, a great pop song that owes a debt to John Denver’s “Leaving on a Jet Plane.”) 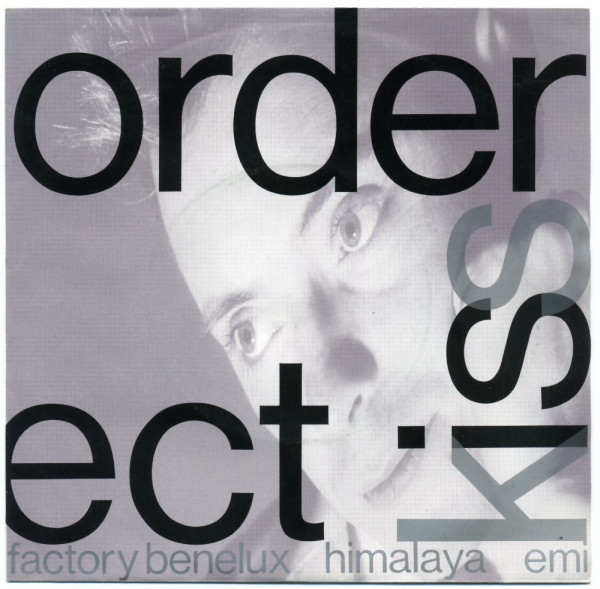 The Factory Records had an improbable outpost in the Benelux countries—Belgium, The Netherlands, and Luxembourg—which released some excellent limited-edition releases. Perhaps the coolest are a pair of seven-inch singles for “The Perfect Kiss,” whose sleeves mimic the Low-Life album cover rather than the covers that were issued with “The Perfect Kiss” in the rest of the world. You’ve gotta collect both to get every band member’s face: One contains Gillian Gilbert and Stephen Morris, the other Peter Hook and Bernard Sumner. 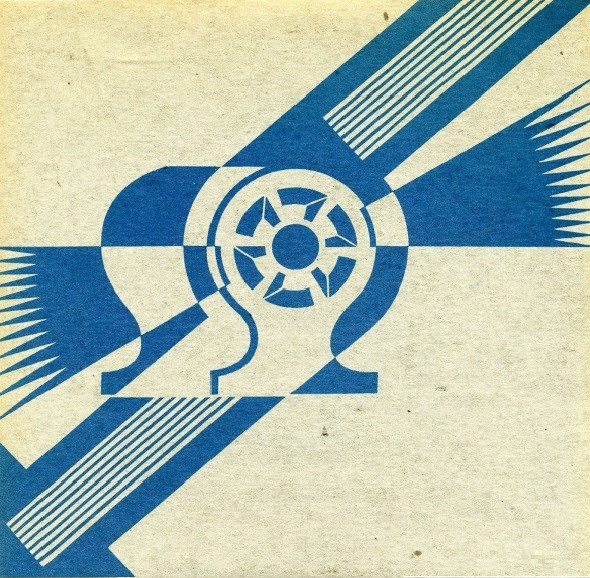 There’s something to be said for everyone getting their way, which was apparently the case with New Order’s “Procession” single—the seven-inch version came in nine different colored sleeves. The image is sort of a generic technical drawing, but it’s striking in pretty much every version, and very emblematic of the band’s mysterious early days. “Procession” wasn’t exactly a hit, either, which makes these cool sleeves even less likely to be widely known. 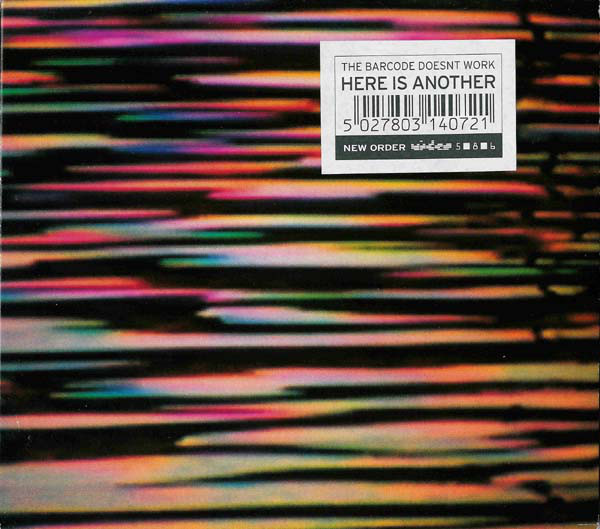 “Video 5-8-6” was never destined to be popular—it wasn’t even originally intended for release. It’s 22 minutes of incidental instrumental music that’s most interesting because it featured kernels of ideas for later New Order songs. But that also makes its artwork some of the lesser-seen in the New Order catalog, a gorgeous, colorful blend of colors that looks like a hazy old TV set.

Dig into New Orders’s catalog of full-length vinyl in the Discogs’ Marketplace and start adding that wax to your collection!