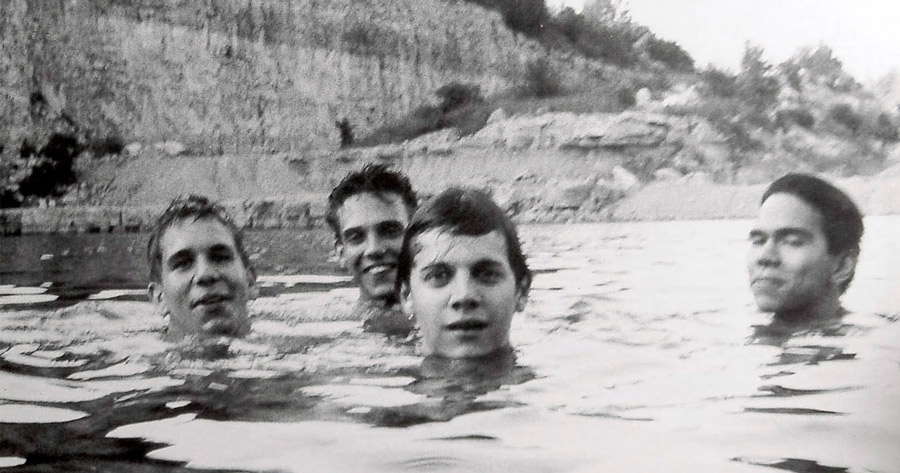 Talking about post rock sometimes — well, most times — feels a bit weird. As much as we love bands normally associated with post rock, it feels like the term has been overused throughout the years to categorize a lot of rock music that didn’t quite fit anywhere else. Like many good things in life, the phrase was coined by critic and writer Simon Reynolds (Energy Flash, Rip It Up And Start Again) in his review of Bark Psychosis’ debut album Hex, published in the March 1994 issue of Mojo magazine.

Since it wasn’t popularized until ’94, you could argue there were artists doing post rock before post rock as an idea existed. Confusing, right? Over the next few years, it began to morph as some acts borrowed elements from krautrock, ambient, IDM, jazz, minimalism, and even metal. At this point, most bands considered part of the movement weren’t necessarily marching in lockstep when it came to their sound.

Since this list isn’t meant to be a comprehensive analysis of the genre, we don’t want to proceed without mentioning a handful of post rock bands who also deserve your attention, like Tortoise, Stereolab, Mono, Talk Talk, Deafheaven, A Silver Mt. Zion, This Will Destroy You, Do Make Say Think, Gastr Del Sol, Battles, Boris, Flying Saucer Attack.

Here are 10 post rock records you’ll need to pay for in installments:

Slint were the most important pre-post-rock bands we mentioned earlier. Considered the godfathers of the genre, the Kentucky four-piece released their second and last record Spiderland on Touch And Go in 1991 (“the year punk broke”). The album paved the way for everyone to come. Back in those days, they followed the not-so-unfamiliar path that other trailblazing acts had: little recognition leading to the band breaking up. It’s as unfair as it sounds.

The six-track release is one of those few perfect albums out there; spoken word, quiet-loud-quiet structures, intriguing atmospheres, minimalistic arrangements. They did it long before those features became common in the alternative rock scene. Never listened to them before? Go for Good Morning, Captain. It’s a life-changing song.

You’d probably expect the first edition of Spiderland to be the most expensive Slint record, but the box set Touch And Go released in 2014 is currently going for as much as $500. Count yourself lucky if you bought your copy five years ago!

Bark Psychosis only released one album in 1994 (before reuniting in 2004). That record, Hex (Circa, Caroline Records), is what helped Simon Reynolds come up with the nomenclature to describe the genre. Despite their small catalog, the London group became highly influential to many that followed in their footsteps. Their abstract approach to rock music, the use of synths, and the exquisite production set them apart from most of their peers.

Music magazines back then received the record with very enthusiastic reviews. Melody Maker described Hex as “unquestionably divine” and “a gorgeously intense 50 minutes.” NME referred to the band as “nothing less than completely captivating” and called the album “a thoroughly marvelous record.”

Fire Records released the band’s second (and last) album after the 2004 reunion, Codename: Dustsucker. Copies of this LP are going for as much as €550 (about $617).

Formed in east London as a four-piece in 1989, the tale of Disco Inferno is the unsung story of many underground bands that paved the way for the industry we know now. Sensing a theme here? The criminally underrated, wildly experimental D.I. Go Pop (1994, Rough Trade) is a masterpiece of twisted beauty exploring new realms of sound.

Nowadays, we’re used to all sorts of sampling techniques. Back in 1994, not so much. In Sharky Water featured water samples, Starbound: All Burnt Out & Nowhere To Go sampled camera flashes and children voices, A Crash At Every Speed used plenty of car and plane noises. This album was a blueprint for modern rock music in just 33 minutes.

Yes, you guessed it this time! Copies of the first edition of D.I. Go Pop are currently being sold on Discogs for as much as €598 (about $671). For many music fans, post rock is synonymous with Mogwai. The Scottish band came in hot with their debut album Young Team (1997, Chemikal Underground). Six years after Slint set the standard for the genre, Mogwai picked up where they left off with this fierce, grandiose debut.

Mogwai Fear Satan, the closing track of the album, might be one of the most exhilarating sonic adventures a music fan can experience. Passing the 16 minute mark, this song is a hell of a rollercoaster. But don’t stop at their debut. They’ve released plenty of amazing LPs and EPs afterwards, and even recorded soundtracks. Oh, and don’t forget about the beer named after them.

Mogwai’s most expensive record on Discogs is unsurprisingly Young Team — but not the first edition. The album received the deluxe reissue treatment in 2008 and copies are going for as much as $599.99. Not bad, huh?

In Bahman Gohbadi’s film No One Knows About Persian Cats (2009), two friends plan to create a band and then run away from Iran after being released from prison. The pair befriends a man who takes them through the Tehran underground scene. In one poignant moment, Ashkan mentions that his biggest dream is to go to Iceland to see Sigur Rós.

This line says more than I can about the universal appeal of Sigur Rós, a band singing in Icelandic and with the ability to affect listeners worldwide. Just like Mogwai, they’ve been around for more than two decades with unwaning popularity.

This box set containing three of their best albums and some juicy extras is selling for as much as €550 (about $618).

In A Frozen Sea: A Year With Sigur Rós

Commanded by Michael Gira, Swans has been around over 35 years in one form or another. Their style has always been hard to pigeonhole; some of their releases could be labeled as industrial, others as art rock, and most of them definitely fit within the boundaries of post rock. What remains clear throughout their body of work is how fierce and in-your-face they are.

While we could find a copy of a different release that was selling for a bit more, this limited edition box set of Love Of Life sells for as much as $450 and has higher prices than other records on average.

As I mentioned in the introduction, post rock is a very flexible genre. While some artists within the genre approach it from a minimalistic angle, bands like Neurosis, Deafheaven, and And So I Watch You From Afar are really close or even part of the metal scene.

And So I Watch You From Afar’s most expensive record

We’re venturing into “dronier” territory. Earth is one of those cult bands well-known in the Discogs community. Their first record, Earth 2: Special Low Frequency Version (1992, Sub Pop), set the template for many atmospheric and esoteric rock albums to come. The band is still active nowadays, and they keep releasing amazing albums every few years, so don’t sleep on them!

You know the catalog of a band has been properly treated when prices stay generally low. That’s the case with Earth, but we still found this promo cassette for sale for $250. Explosions In The Sky

This Texas band has been around for 20 years now, and they have become inseparable from the genre. They’ve released some classic post rock albums, such as the earth-shattering The Earth Is Not A Cold Dead Place (2003, Temporary Residence Limited) and the exhilaratingly beautiful All Of A Sudden I Miss Everyone (2007, Temporary Residence Limited). You can’t go wrong with Explosions In The Sky.

Explosions In The Sky’s most expensive record Explosions In The Sky

I felt like it would be apropos to wrap up this list with the Canadian collective Godspeed You! Black Emperor. They’ve always been the darlings of both critics and fans. Their sheer intensity and cinematic quality are unparalleled, their album covers extremely iconic, and they are surrounded by enough mystery to always keep things interesting.

After lying dormant for almost 10 years, they returned to the stage and the studio in 2012, and delivered the sublime ‘Allelujah! Don’t Bend Ascend (Constellation).

We already told the most expensive GY!BE release in this blog post, but there are only 33 copies of the band’s first cassette, and none of them has ever been sold on Discogs. All Lights Fucked On The Hairy Amp