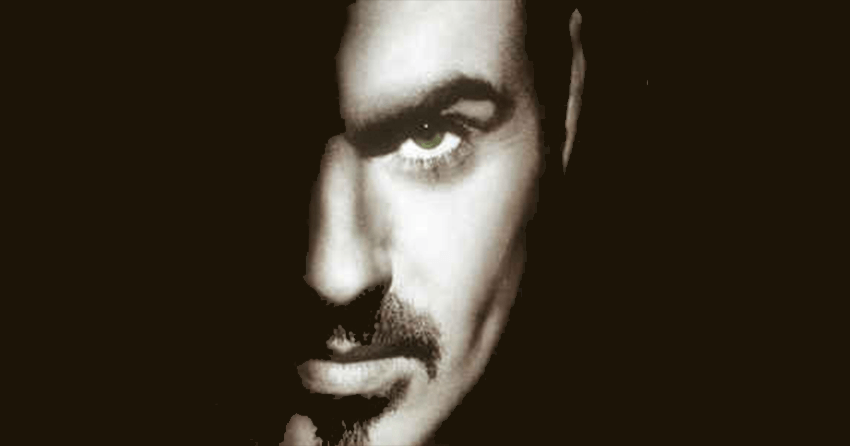 Around a month ago I decided to be sneaky as hell and get the Discogs Community to provide us with albums in serious need of a reissue. Guess what… it’s happening again! Muuuuuaaaaaaaahahahahahahaha!

After publishing the previous blog post, a lot of you flogged the comments sections of our social media accounts and the Discogs Blog to let us know which other albums you’d like to see reissued. Which, in case you’re wondering, makes my life so much easier (thanks for that, you guys are great.) So, with a new batch of records waiting to be researched, I put on my detective costume and ventured into the Discogs Database and Marketplace to see which of those records were in serious need of a reissue.

With all the material I had, you’ll excuse me if the one you suggested is not included in this blog post, but I promise I’ve been paying close attention to all of your suggestions and, who knows, maybe we go for a third-round soon. But I know why you’re here, so I’ll shut up now and let you take a stroll around those albums you (and we) would like to see reissued. The Crow is one of those movies which will live forever in the realm of legends. A loooooooot of s**t went down during the filming and exhibition of the movie. Unfortunately, all the dark shenanigans surrounding the movie always end up distracting from one of the best soundtracks of the nineties. It’s complicated to think nowadays of a mainstream movie with a similar array of incredible artists in the soundtrack. If you don’t believe us, here’s some good ol’ name-dropping for you: The Cure, Stone Temple Pilots, Nine Inch Nails, Rage Against The Machine, Violent Femmes, Helmet, Pantera, and The Jesus And Mary Chain were among those artists. Actually, The Cure has been playing the original song they created for the movie, “Burn,” in their last tour and it’s quite a tune. If CD is your thing, you won’t have any trouble getting a cheap copy you can add to your Collection. Into vinyl? Well, that’s a more complicated quest, surprisingly if we take into account there’s been already a repress in 2019. Paying attention to the high demand, this record is begging for a wider re-release.

Copies in our Marketplace aren’t sold for cheaper than almost $120. I wasn’t aware of this one (thank you again, Discogs Community.) As it happens with many of the albums I’m going to mention in this piece, there has been at least one reissue on vinyl for this debut album. There are three different reissues on vinyl from 2009, but that’s clearly not enough in a time when vinyl is set to outsell CDs for the first time in over 25 years. Fans of Marilyn Manson, unite and demand a new reissue!

“Yeah that’s cool, but what if nobody from the label reads this blog post?”

There are copies available for sale on Discogs, but be ready to spend big bucks. Some of you got very passionate about Older needing the reissue treatment. And you were damn right. The only vinyl version ever released has a whooping Want/Have ratio of 4.41 and it seems like the right thing to do for the fans since soon it will be the third anniversary of when the iconic artist left us.

“But what if it never happens?”

Better cross your fingers really hard, since the cheapest copy in our Marketplace goes for $399. Ouch! 2002 wasn’t exactly what you would call the hottest year for vinyl. Actually, it was one of the worst years for vinyl in history. No further explanation needed as to why The Rising by Bruce Springsteen had a limited release in this format. The explanation as to why it hasn’t been reissued yet remains a mystery though. Next year, this album by The Boss will turn 18, maybe a good opportunity for the label to give the fans what they’re asking for?

Luckily for you, you can buy a copy if you really want to. But beware of the high prices, the cheapest copy goes for more than $275. It’s impossible to speak about long and idiosyncratic artistic careers without mentioning Sparks. The Mael brothers have been releasing consistently great music since the early seventies. The magic part of it is that they haven’t changed a bit (and we love them for that.) While their classic catalog, including absolutely unmissable masterpieces such as Propaganda, Kimono My House, or No. 1 In Heaven usually command more attention, their whole career is full of incredible records. As a Discogs community member pointed out to us, some of their 2000’s albums deserve the reissue treatment. More specifically, their 2002 album Lil’ Beethoven could definitely do with a reissue.

“Sparks are the best! How do I get a vinyl copy of Lil’ Beethoven?”

Sorry to be the bearer of bad news, but currently there aren’t any copies available. Curiously enough and for totally unrelated reasons, I crossed paths with AIR not long ago. When we published the previous blog post about albums that need a reissue, a Discogs user was quick to point out that Love 2 was worthy of a vinyl reissue. When I read that, it felt a bit weird because the last proper studio album from the French electronic duo was released in 2009. While the vinyl fever wasn’t as high as it has been in recent years, the format was already undergoing a revival. For the limited run of records, Virgin teamed up with The Vinyl Factory to release this back in 2010. However, the Have/Want ratio is now above 3.5 and the prices have skyrocketed.

“That can’t be… Alright, how much are we talking about?”

There are copies available, but none goes for less than $166. Both just known as Orbital (in the nineties you didn’t have to care about SEO), these albums are unmissable classics in every Collection of electronic music lovers. For the right reasons, both records were forward-thinking and offered a glimpse of how the future of music might look. Surprisingly enough, both albums could do with a wider reissue given the duo is still active and their influence is heavily felt on new breakthrough artists such as Bicep.

“Should I lose hope?”

Not really, copies for Orbital (I) and Orbital (II) are available in our Marketplace. Wait, what? Are you telling me that one of the best records of the nineties has never been pressed on vinyl? Twenty years ago this year, Boredoms single-handedly changed the rules of the game with this album. Vision Creation Newsun graciously merges almost every style within the realm of alternative music at the moment. It’s really a surprise to learn thanks to our community that both this album and Super Æ never got a proper vinyl release, we hope this can change soon. Low ‎– I Could Live In Hope

Writing this blog post has been tough so far. It’s not that I’m a fan of each and every artist mentioned here, but Low is one of my favorite bands ever. I’ve seen them live countless times since my early twenties and I absolutely always make sure to read all the interviews with them. Their music is attached to my life in ways I don’t even know how to describe. Oh yeah, am I forgetting to say that their 2018 album Double Negative kicked ass? Their debut record, I Could Live In Hope, is to many fans their favorite one. It’s considered one of the most important albums of the slowcore movement and it has aged gorgeously.

“Is there any hope?”

Yes, you can. The album was pressed for the first time in vinyl back in 2011 and there are some NM copies available in our Marketplace. But beware, the cheapest NM copy costs $199.99. One of the most stunning soundtracks in the history of animation is in serious need of a proper reissue. Cowboy Bebop needs little introduction. Released in 1998, the TV series amassed an instant cult status thanks to its retro-futuristic aesthetics and focusing on adult themes. But make no mistake, part of what made Cowboy Bebop so instantly iconic was the soundtrack. As it happened with a lot of music released in the late nineties, this soundtrack wasn’t even pressed on vinyl back in the day. The only time this album has been pressed on vinyl officially was 2018, but it was as part of a Blu-ray bundle that included the complete series. Clearly not ideal for all the vinyl collectors out there waiting for a chance to add this soundtrack to their Collections.

“Oh man! I miss Cowboy Bebop, how much will it be?”

Sorry to be the bearer of bad news, but no vinyl copies are available for sale at the moment.

A Career-spanning Box Set Of All The John Frusciante Oeuvre

Am I the only one who feels that John Frusciante’s solo career has been criminally overlooked? Let me be clear about this, Red Hot Chili Peppers aren’t my jam, but his solo career is something completely different. His deeply personal studio albums cover three decades of experimentation and contain some of the most beautifully crafted guitar sounds you will be able to find anywhere. Somehow, a lot of his albums are complicated (when not impossible) to find on vinyl. Can anyone put end to this injustice?

“I’m with you, soooooooo underrated!”

Some of his albums are available in vinyl for decent prices, serve yourself here. That Dark Box Set Of Desire: 15 Box Sets The Discogs Community Dream About