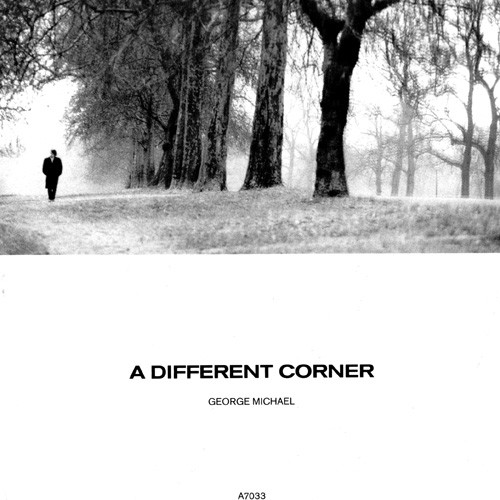 Today, the 25th of June, marks George Michael‘s birthday, and exactly 6 months since the world lost this multi-talented singer, songwriter, musician and producer. Reflecting on his career, my colleague Shannon and I realised we were both in our early teens when “Faith” was released and were heavily influenced by his music. We also feel George deserves a lot of credit, much more than he has been given, for his contributions to music. It’s sad to know there will be no more new music, but we’re thankful for the amazing legacy he has left behind. Here are a few of our favorite George Michael songs: 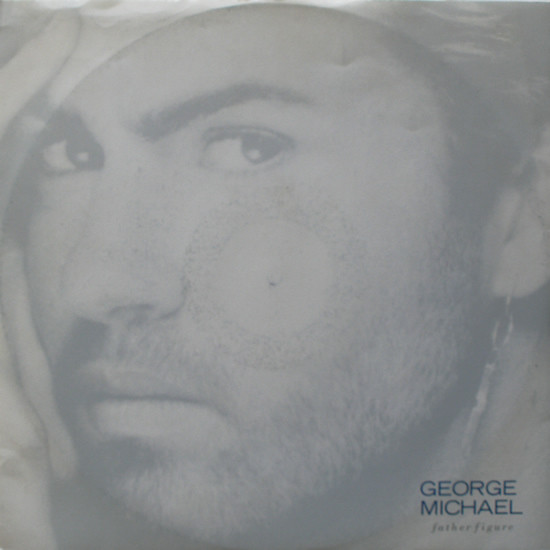 I really would like to list the “Faith” album as a whole. However to represent his best LP and considering George Michael’s status as a gay icon, I’ve decided upon this classic to be my top pick. This song has become a cherished treasure within the LGBTQ community. 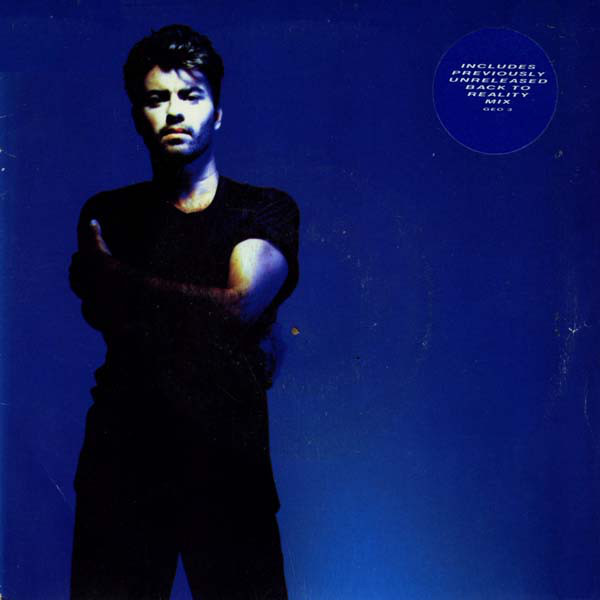 This was released when I was in high school. I can’t explain why (as a teenage girl) I identified with George Michael’s danceable declaration of freedom from his identity being controlled by the music industry. Maybe it doesn’t matter.  A lot of other people seemed to have identified with it as well. Perhaps we all have someone or something inside of us just fighting to get out, especially people who lived through the 1980s. After all, it was a backlash decade that sought to roll back any social progress made in the 1960s & 1970s.  It was a conservative time.  In 1990, George’s funky grooves helped some of us get a little closer to liberation. 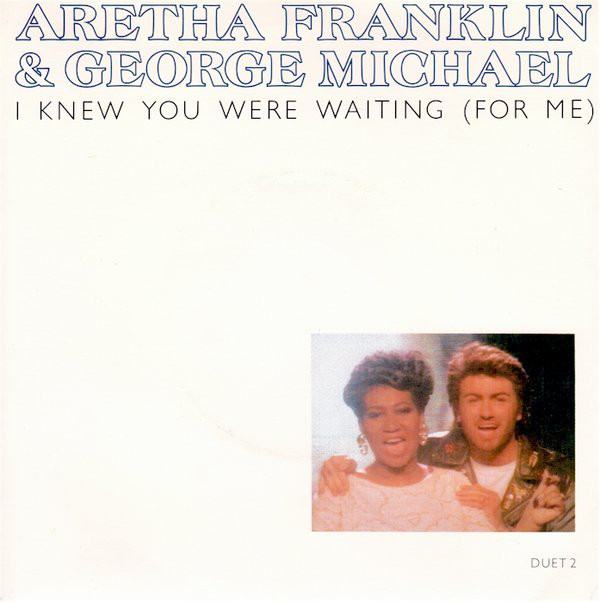 Some might say that the 1980s was a decade in which soul music was driven underground. While previous decades (particularly the 1960s) saw a musical integration both on the radio and within the charts, by the mid-1970s music performed by Black musicians became more and more segregated from the mainstream pop market. That’s why it was incredibly significant that at the top of his game, George Michael teamed up with the undisputed Queen of Soul on this single.

This was the era in which MTV redefine the music industry. However, they were criticized for primarily airing the videos of white artists. Because of this, the video for this song was just as important as the song itself. Though Aretha didn’t need George Michael to give her career a boost (she was doing just fine at the time), it did make quite an impact to see these two sharing the TV screen, especially with the images of other legendary duos projected behind them. 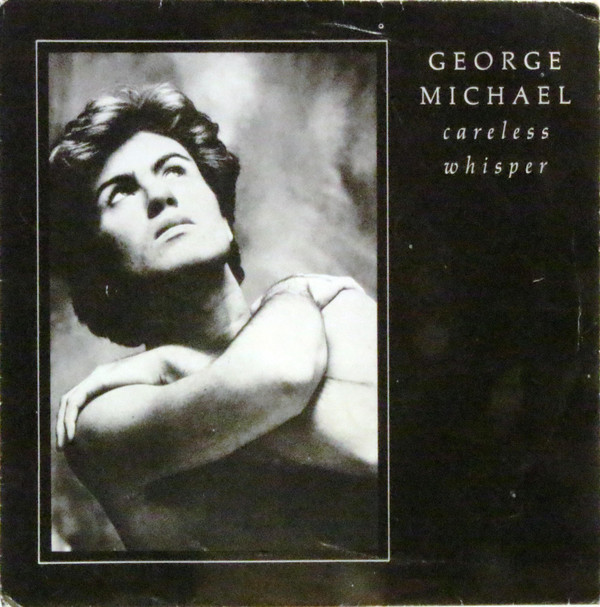 This record offered us further cementing of the “sexy sax solo” into the preferred production elements of 1980s music. Its presence immediately identifies the era in which this was recorded.

There was much talk amongst music critics of the 1980s questioning whether hits of the era would measure up to records from the previous decades.  The critics wondered, is this music “timeless” or is it “too ’80s”? However, as time has gone by, we’ve gained some perspective. Who cares, if a song is “very much of its era”?! What really matters is whether or not the record can still be enjoyed. Karaoke enthusiasts the world over can tell you unequivocally, “Careless Whisper” in all it’s sugary, sexy sax glory, is a slow jam for the ages.

One of the best services a pop star can offer is to introduce their young contemporary listeners to the musical masters who came before them. George Michael did this repeatedly throughout his career. This cover of a 1974 album cut from “Fulfillingness’ First Finale”, introduced many young people to the brilliant political and social commentary of 1970s Stevie Wonder. 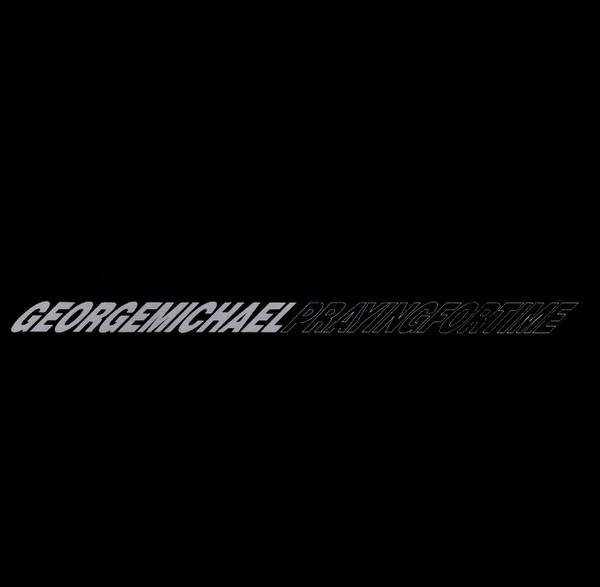 Released in the midst of the Gulf War, “Praying for Time” presented a dark vision of the times. This record definitely sounds like it was produced in 1990, but the lyrics couldn’t be more relevant today:

The rich declare themselves poor
And most of us are not sure
If we have too much
But we’ll take our chance to say
I sang twenty years and a day
But nothing changed
The human race found some other guy
And walked into the flame
And it’s hard to love, there’s so much to hate
Hanging on to hope
When there is no hope to speak of
And the wounded skies above say it’s much too late
Well maybe we should all be praying for time

I am happy to see that Shannon picked “Father Figure” and “Praying For Time” already as those would have been on my shortlist too. This makes the selection a bit easier!

In my memory, this is the first song in which George’s fantastic voice shone through, and after all this time it still does. I didn’t find out until years later that he didn’t only write this song, he also played all the instruments on it and produced it, like he would do for most of the tracks on his following debut album “Faith” and the following albums. 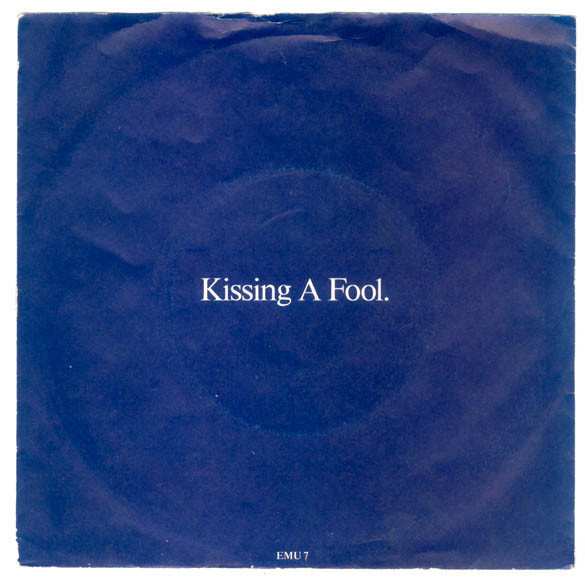 Leaving an insanely successful career (with Wham!) to pursuit your dream of making the music you really want, and then coming back with a different look, and an album with a completely different style of music than expected: You have to have guts to do that. And he was only in his early twenties at the time! “Kissing A Fool” is one of the songs from “Faith” that I think has best stood the test of time. It sounds like a true Jazz classic, and I love the idea that George himself played the bass on this track. 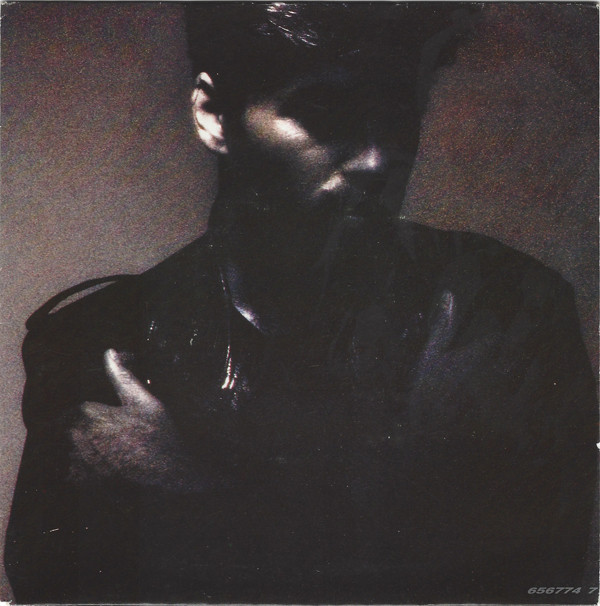 So many great songs on “Listen Without Prejudice Vol. 1“, I think this may just be his best album. “Heal The Pain” and “Praying For Time” come close, but “Cowboys And Angels” is definitely my favorite song on there. Seven minutes of pure, jazzy bliss. It feels like this song gently lifts me up, takes me on a relaxing journey and carefully puts me back to earth. Used it to listen to it on my journey to work for a while: First listen would take me to a certain roundabout, second to a crossroads, third to the access to the highway, 4th to the exit and 5th to my destination. And on my way back, I’d happily give it another spin. 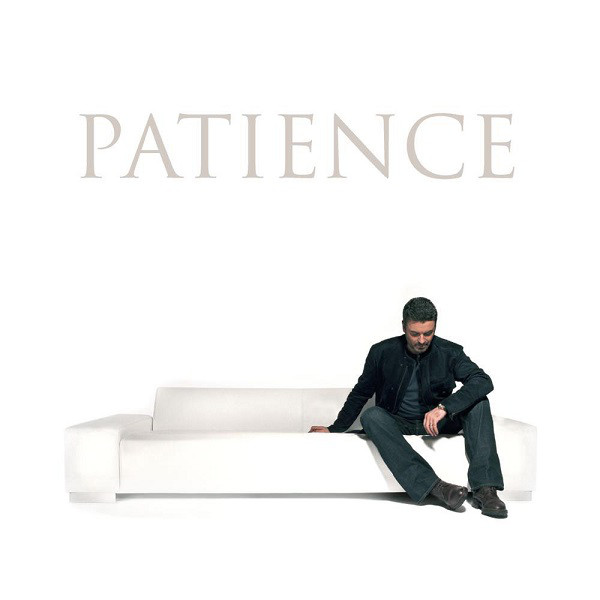 “Through” makes me tear up from the first sentence. Especially the live version from “Symphonica“, an album worth listening as George’s voice sounds incredible on it. The personal lyrics in combination with the music make for a hauntingly beautiful song:

I’ve enough of these chains
I know they’re of my making
No one else to blame for where I stand today
I’ve no memory of truth
But suddenly the audience is so cruel
So God, hey God you know why I’m through
Unfortunately, just scrolling through a Twitter feed or a Facebook timeline shows nothing has changed really. Still so much hating and bullying in the world. 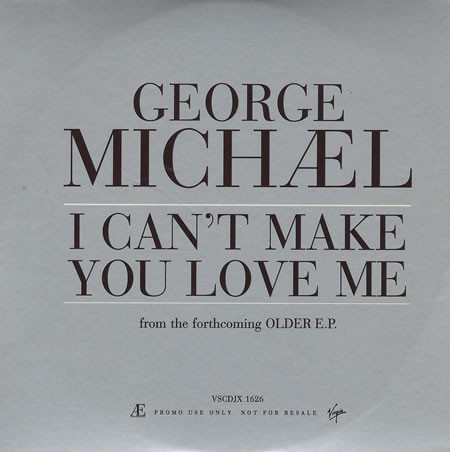 George Michael recorded many covers, adding his own touch to all of them, and this one, from “George Michael ‎– Ladies & Gentlemen (The Best Of George Michael)” is one of my favorites. The original is good, but personally I prefer this version, and the MTV unplugged video is amazing.

What are your favorite George Michael songs? Complete your collection!