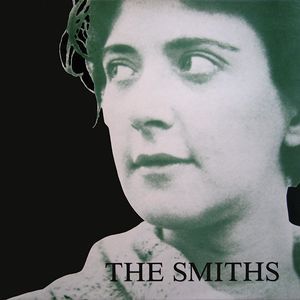 First off, let me just say that I’m truly sorry. As a lifelong Smiths fan, the task of selecting just ten songs from their catalog seems blasphemous, dirty, and wrong, and there isn’t a single human alive that will fully agree with this list. Despite the heavy shame I will undoubtedly feel leaving so many gems off that are deserving of the most sincere reverence, I will still stuff the proverbial flowers down my pants and trudge forth anyway. As I go through my mental rolodex of Smiths songs that will be included, track titles that are appropriate to this fruitless top 10 task flash through my mind: “What Difference Does It Make?”; “The Boy With The Thorn In His Side”; “Heaven Knows I’m Miserable Now”; and most appropriately, “Bigmouth Strikes Again”. However, can any celebration of The Smiths be taken lightly? I think not.

My introduction to the Smiths began with “Meat Is Murder”. What struck me most about this band was the gleeful and happy twang to their music, coupled with some of the most spiteful, openly derogatory, and hilarious lyrics of all time. This Morrissey fella was having a joke at all of our expense somehow, and he veiled it under a cloak of happy-go-lucky pop sheen. Perfect. With Morrissey’s complete disinterest in rhyming his lyrics, and Johnny Marr’s unabridged talents at constructing melody, The Smiths somehow perfected a gloriously disjointed union of respectful music, and a crooning voice with absolutely no respect for established pop institutions. The Smiths were the perfect band to exist in the 80’s as they reminded us how much we loved pop music, and loathed the shitty lovey-dovey lyrics that were impossible to escape from. We could never quite put our finger on them which made this band all the more fascinating to us.

A lot of people lament the fact they only existed for five years before imploding, but this is precisely why their legacy continues to strenghten. The best bands come, see, kick our ass, and leave abruptly. Leave the audience wanting more: it’s a tried and true credo. Over the years since they’ve split, we’ve watched the band members fight in court, laughed at Morrissey taking pot shots at Marr’s disco phase, and most importantly, experienced their music only become more iconic and relevant. What makes this band truly special is they harvest no love for each other, and have no interest in reconvening. Year in and year out, we watch bands rejoin so they can go on a 25th anniversary tour and play a classic album in their entirety so they can make a few quick easy bucks, then fuck off into the sunset with our money. Fuck that. The Smiths have moved on, leaving their music to speak for itself, inside the time it was created and meant to have the most profound meaning. This is more than likely due to Morrissey’s staunch reluctance to have anything to do with certain members of the band, and would seemingly rather die than stand on the same stage with Andy Rourke and Mike Joyce again. Morrissey’s perverse dichotomy of loathing himself yet claiming his voice was the most beautiful that existed took the art form of rock stardom and released a giant dump upon it, rendering all pop stars after him to follow a personality that was too grandiose to ever equal. Johnny Rotten himself vowed to never reform the Sex Pistols back in the early 80’s, and even he succumbed to the money machine, reforming the band and doing margarine commercials. In this day and age of cash-cow reunion tours, The Smiths stand as one of the most significant bands to not entertain this notion, and to (perhaps naively) believe that the music they’re making now is the best they’ve produced. Well, we know better. These songs prove it.

Released on the “Strangeways Here We Come” album, this track was heard by most after the Smiths had decided to call it a day, but the song picked right up from where the brilliance of “The Queen Is Dead” had left off. Punctuated by a glitter stomp and Marr’s twinkling guitar interludes, Morrissey’s voice demanded attention with some of his most classic lyrics ever concerning balding buddhists and mass murder. The band managed to sound as pop as ever, and Morrissey was more sardonic and twisted than he’d ever been. We had heard this one before, but not quite as brutal.

Choice lyric: “I still love you, only slightly less than I used to.”

This song was the introduction many of us had to The Smiths as we watched Morrissey prance around the Top Of The Pops stage, writhing and swirling flowers as he lip-synced along with Marr’s air guitar. The Smiths’ second single, it was a commanding and confident early statement that resonated with listeners in that it was a conscious back step from the new wave of the times, but a refreshingly new take on post-punk ethics. No one quite knew what to think of The Smiths at this point, but we did realize we wanted to know more, much more.

Choice lyric: “Why pamper life’s complexities when the leather runs smooth on the passenger seat?”

Buried on an album loaded with absolute classics, this is perhaps the Smiths’ best non-single track ever. The musical dirge is reflected brilliantly by some of Morrissey’s finest and most hilarious lyrics he ever croaked, culminating in a classic build-up that gently faded away into the distance — perhaps a great microcosm of the band itself. Morrissey was fishing for compliments in this one, and he represented his odd love/hate relationship with himself more clearly and succinctly on “I Know It’s Over” than most other Smiths tracks. “The Queen Is Dead” doesn’t have a single moment that isn’t a revelation, and this track is its unwavering centerpiece.

Choice lyric: “If you’re so very good looking, why do you sleep alone tonight?”

In the running for most-original-subject-matter-in-a-pop-song-ever, this song proved that no matter how off-center a theme can be, it can still be cancelled out by a gleeful little melody. “The Headmaster Ritual” started off the proceedings on their second album “Meat Is Murder”, a ballsy move in an age of trending love ballads and synth-pop safeness. This album was hard for the average listener to penetrate, but those of us who did give it a chance noticed the dividends it paid. Anyone who ever had gone to school in their lives had something special to relate to in this one without being bogged down by formulaic lyrics, further supplanting the band’s cult status.

Choice lyric: “He does the military two-step down the nape of my neck.”

That riff. Johnny Marr made sure that new band creation exploded 20-fold when his guitar dominated the mood of this song and inspired millions of people to run out and try and emulate what they heard on this record. It was the most jangly yet moody vibe you could imagine which could only be proved more bizarre with some of the most gloriously sarcastic and dry lyrics ever imagined by a human. The result is, quite simply, one of the best pop songs ever written.

Choice lyric: “Sweetness, I was only joking when I said by rights you should be bludgeoned in your bed.”

Ahh, what better way to compliment such a cute little guitar riff than with lyrics about strangulation and murder? Morrissey says he’d “hate anything to happen to her”, but do we really believe him here? No matter, as the bleak crooning comes complete with playful interludes of Marr’s guitar jangle, almost acting as a dueling banjo type of echo and response to the darkness of the lyrical tone. Morrissey was so insistent that this song be released as a single that Marr left the band soon afterwards, never to be reformed. The joke was that the song would of course receive no airplay due to its subject matter, but the rest of the band didn’t appreciate the suggestion. The world was robbed of more Smiths material, but in the end, Morrissey had the right idea.

Choice lyric: “There were times when I could have strangled her, but you know I would hate anything to happen to her.”

Another piece of glam-rock stomp, “Panic” represented the Smiths at their contradictory best. Released as a single and being played amongst the very music and people it detested, “Panic” was the anti-anthem anthem that was too catchy for DJs to ignore. Lambasting discos, people reckoned Morrissey was somehow racist for making such claims against dance music and clubs, but after the dust settled listeners calmed themselves and heard the song for the flawless rock it was. Whatever the reason for writing the song, it’s one of the most glorious moments of the 80’s, acting as a rock solid reminder of why we should have no time in our lives for shitty music.

Choice lyric: “Burn down the disco, hang the blessed DJ, because the music that they constantly play, IT SAYS NOTHING TO ME ABOUT MY LIFE.”

This is no doubt the most recognizable Smiths song, and why not? I mean, that riff. Lyrically, it’s probably the most straight forward Smiths song ever, but musically it’s the reason why we all cherish the talents of Johnny Marr. As much as Morrissey may have hated discos, this is one of the most catchy, downtempo dance tunes of the 80’s and its lasting impression continues into the 21st century. Only downside: try walking into a coffee shop without hearing it. “How Soon Is Now” has become musak at this point — through now fault of its own — but please, coffee shop owners, stop ruining this one for us.

Choice lyric: “You shut your mouth.”

As little Alex from Clockwork Orange so eloquently said: “it was gorgeousness and gorgeosity made flesh”. This was as lovey dovey as the Smiths would ever allow themselves to be, and all of the elements came together masterfully. While most Smiths tracks were stand alone dichotomies of beauty and rage, this song somehow captured the earnest yelps of the singer and translated them through the prism of one of the most haunting melodies ever committed to vinyl. There are no laughing moments here — no time to reflect on how the music and the message are so gloriously different and how it somehow works in spite of it. “There Is A Light That Never Goes Out” is the Smiths at their seamless best, an unapologetic love ballad with all the moodiness of a fresh heartbreak.

Choice lyric: “If a double decker bus, crashes into us? To die by your side, well, the pleasure and the privilege is mine.”

Let’s face it, this is one of the most punk rock songs ever written this side of “God Save The Queen” from the Sex Pistols. Kicking off their arguably best album, the song is six glorious minutes of unbridled, in your face drum madness punctuated by Morrissey’s disdain for the powers that be. It’s difficult to choose a peak period for the Smiths as “Strangeways” could be a better cohesive album, but there is little doubt that “The Queen Is Dead” represents the band at their most focused, angry, and creative.

Choice lyric: “Her very Lowness with her head in a sling, I’m truly sorry but it sounds like a wonderful thing.”