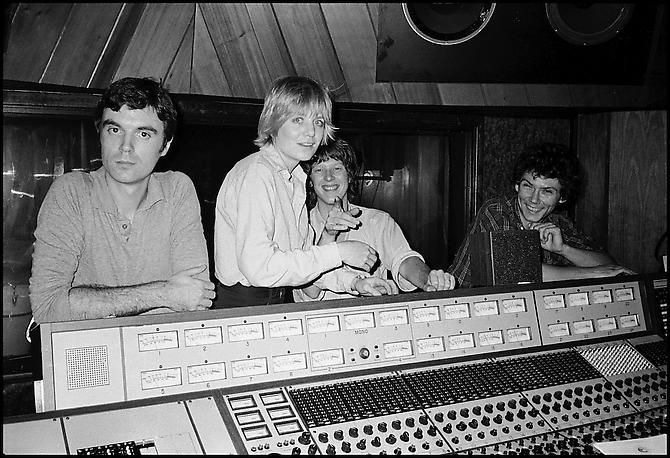 We have written about the 10 most collected funk records in our Database, and while it did illustrate some of the shortcomings of genre tags in general, it proved painfully obvious that there are a hell of a lot of Prince and Talking Heads fans out there. The true funk masters like George Clinton and Isaac Hayes were conspicuously absent from the most collected, but I did my level best to point the uninitiated in the proper direction to funkified enlightenment. However, your Collections, in all of their unique and carefully polished glory, cannot just be brushed off and forgotten about. I share your love of mis-labeled genres because the funk I hear on that Talking Heads song may sound like an awful synth-pop flashback to you. We’re both right and wrong, and by the end of the song, it’s the music that wins.

My relationship with the Talking Heads began when my parents took me to the theater to see “Risky Business” when I was 9 years old. Unconcerned and freely oblivious about what their child thought of watching adults have sex on a train, my mom and dad were hippie staples of what it meant to be progressive parents. I loved every moment of that film, even if I didn’t have a fucking clue what was happening, and I took three key things away from that impressionable experience: 1. The Tangerine Dream score was the best thing I’d ever heard. 2. That Prince song sure was cool. 3. And that Talking Heads song was even cooler.

Scribbling thoughts down on my mental notepad, I went home and ruminated what I had learned. It became apparent that, apart from the pipe dream of DeMornay accepting my 9-year-old hand in marriage, I had to find a way to get that Risky Business soundtrack. I explained to my parents that buying the soundtrack completed the experience of them dragging me to the movie in the first place, and with this carefully devised plan of mental manipulation executed with precision, they relented and bought the record for me. I studied every note on the soundtrack, but it was “Swamp” by the Talking Heads that most intrigued me. David Byrne was muttering about being “swallowed whole” and grunting and wheezing and making a fascinating racket in general. It was a glorious jumble of noise that forever solidified my vision of how pop and funk could co-exist so gracefully.

And so began my trek into the world of the Talking Heads. I unearthed the albums that had come out before “Speaking In Tongues“, and kept a watchful eye on everything they did after. For ten years they challenged audiences, then packed up and moved on with their separate projects. Time only proves how influential they’ve been on modern music, and with this list I’m going to point out the ten best Talking Heads songs that sound more relevant today than ever.