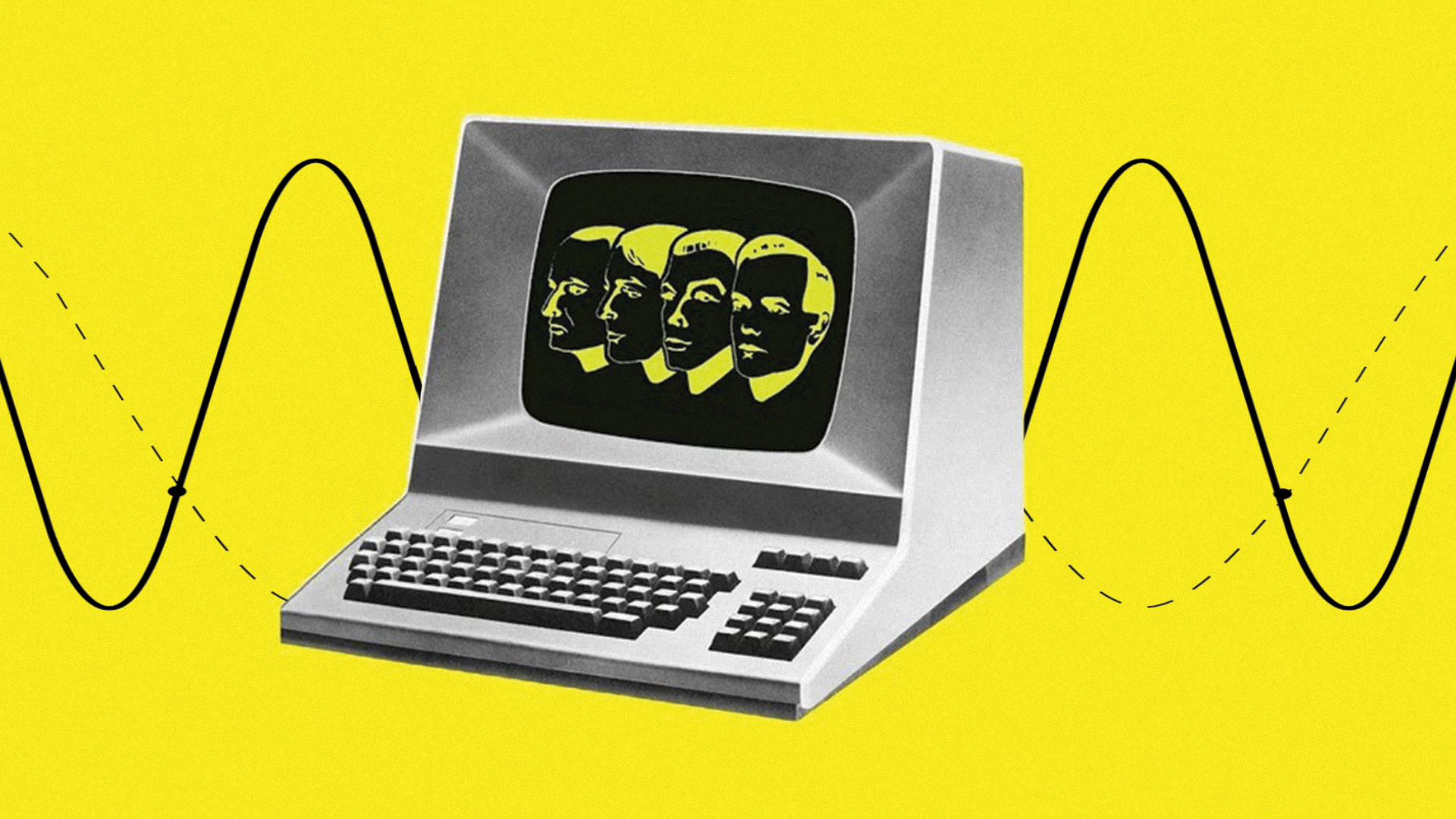 Kraftwerk’s co-founder Florian Schneider viewed his musical project as open-ended, egoless, a plane of unending bandwidth. “We are not the band. I am me. [Co-founder] Ralf [Hütter] is Ralf. And Kraftwerk is a vehicle for our ideas,” he told Rolling Stone in 1975. “We don’t make a distinction between an acoustic instrument as a source of sound and any sound in the air outside… there is no beginning and end in music.”

This Möbius-strip attitude toward artistic creation means that Kraftwerk are ripe for sampling. Schneider’s synthesizer melodies — bubbly, pensive, adventurous, often all of the above — and straight-up-and-down beats have lent themselves to tracks by artists as stylistically divergent as Coldplay, DJ Shadow, and Mos Def. “We are very much interested in [the] origin of music,” Schneider told Lester Bangs in 1975. “The source of music.”

Sadly, Schneider died last month “a few days after” his April 7 birthday, as confirmed by the band in a statement and reported by The New York Times Wednesday (May 6). He was 73. Whether or not the electronic pioneers choose to carry on — as they have since Schneider left the group in 2008 — his passing is the signal to revisit their incalculable impact on alternative rock, hip-hop, electronic, and R&B spheres through sampling.

For any listeners unaware of how many famous songs found their faces in Kraftwerk’s looking glass, here is Discogs’ guide to 10 of them. New Order, the electronic rock band that rose from the ashes of Joy Division, arguably peaked with this 1983 single that appeared as a bonus track on that same year’s Power, Corruption & Lies. Riding a stuttering rhythm almost as recognizable to techno-geeks as the Ronettes’ “Be My Baby” beat is to R&B heads, the song breaks into a mens’-chorus patch from Kraftwerk’s “Uranium” around the minute-and-a-half mark. The New York Times called this Bambaataa hit “perhaps the most influential black pop record of 1982,” and it’s just as infectious nearly 40 years later. (The article also notes that the straight-laced Germans “had been surprisingly popular in Harlem and the South Bronx.”) 46 seconds into the track, a pitch-shifted tritone from “Trans-Europe Express” wafts in.

The Long Island trio drew from the same well as Soulsonic Force for this cut from their psychedelic debut album 3 Feet High and Rising, which Robert Christgau called “radically unlike any rap album you or anyone else has heard.” Instead of using a synth line from the Kraftwerk song, though, they went for its intro, which sounds like a Turing-era computer sputtering to life. Blurring the lines between post-rock, electronica, and indie rock, Stereolab never made a bad record — and their finest may be Emperor Tomato Ketchup, which was included in the 2005 book 1001 Albums You Must Hear Before You Die. For “OLV 26,” they took a section from “Autobahn,” pitch-shifted it down, cranked the sub-bass, and made it the backbone of the song.

Computer World is the cheeriest, goofiest, most immediately loveable Kraftwerk album, full of danceable tributes to household machines. Maybe the sampling master DJ Shadow picked up on this enthusiasm — he made his classic debut album Endtroducing… largely with a simple Akai MPC60 sampler. On “What Does Your Soul Look Like (Part 4),” he sinks a borrowed vocoder blurt from “Numbers” into the beat.

Come to think of it, Trans-Europe Express is full of lines that could bolster Dr. Dre and Snoop Dogg on The Chronic — rappers and electronic tinkerers are still rifling through that album like a toolbox. The Avalanches, a sample-heavy Australian neo-psychedelic band, were no exception, interpolating an ominous line from “Metal on Metal” into “Rolling High” from their first EP El Producto. Led by Brandon Boyd and still making themselves after 30 years, alternative rock hitmakers Incubus aren’t a band one associates with sampling — nor German synthesists from the ‘70s. But as “Are You In?” opens up like a clearing, the ascending chiptune intro from “The Hall of Mirrors” drifts into frame.

For years, Kraftwerk were notoriously averse to letting outside artists sample their songs, but Chris Martin thought he’d give it a shot anyway. “I had to explain myself [in a letter] like a 15-year-old schoolboy,” he told NME in 2005. “‘Dear Ralf, I sing in a band called Coldplay, blah, blah.’ I drew a little picture.” As Martin told it, Hütter sent him a handwritten reply simply reading “yes,” and the hook of “Computer Love” thereby became the hook of “Talk.”

LCD Soundsystem are the patron saints of over-the-hill hipsters losing their edge, and “Get Innocuous!” contains a very Kraftwerkian sentiment: “Away in the half-light / Except today, crushed by the boring / Until played and plagued by the tourists again.” A sequenced sample from “The Robots,” itself about being “functioning automatic” and “dancing mechanic,” is the engine of this despondent club jam.

An eccentric genre-blurring band with roots in New York nightlife, Scissor Sisters struck it big with a 2004 disco version of Pink Floyd’s “Comfortably Numb” and have kept the kitschy fires burning ever since. “Something Like This” borrows a hook from “Radioactivity” and repurposes it for a four-on-the-floor banger — showing that their far-more-buttoned-down forebears still had a party in them.