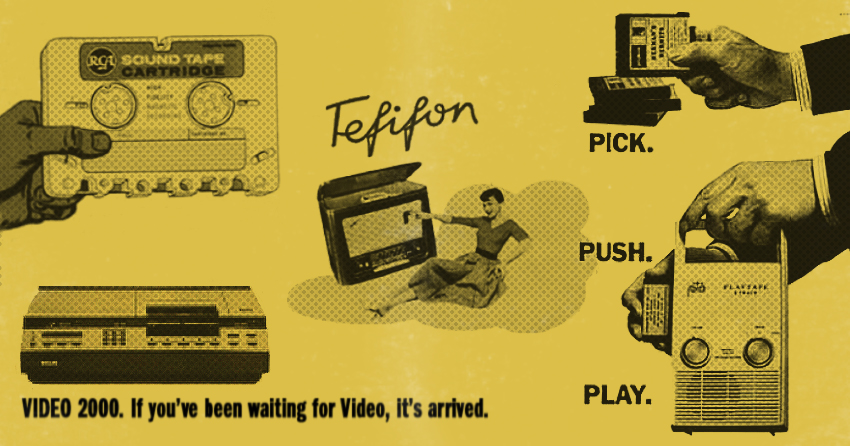 Exploring the Discogs Database is like going down a rabbit hole. While the content of the biggest database of recorded music on Earth might be a little bit intimidating, there are ways around it that make it really fun to explore. I’m not going to try to depict myself as some sort of content mastermind. If you want to explore weird music niches, you just have to go to the menu on the left side of the Explore page and look for releases that belong to obscure formats, genres, or even countries whose presence in the Database is hard to spot. You can explore releases in styles such as Azonto, Filk, or Motswako. Or discover what’s already in the Database from countries like Southern Sudan, Nauru, or Chad.

What’s really special about the Discogs Database is how the Discogs Community keeps growing it year after year. Most likely we can come back to the same styles and countries and find more releases in there. Which is, if you ask me, magic. But let’s focus on a subject I’ve already been trying to cover for a while: weird formats. As you might know, for each successful format out there (vinyl, for example) there are a lot that didn’t succeed, leaving them as a curiosity for collectors or, sometimes, as impossible relics to find. It’s wonderful how the Discogs Community has been cataloging such a vast amount of these rare formats in our Database. If I’m honest with you, we hope to keep seeing more of these pop up in the Database in the coming years. It’s great to know that none of the information about these releases will ever get lost.

It’s been quite an adventure to select only 10 formats since we have a total of 199 formats in the Discogs Database.

Releases in the Discogs Database: 2

I was very surprised to find this format in the Discogs Marketplace. This is the first early magnetic recording technology. To add surprise to this finding, the release you will find in the Database is not from the 19th century. I apologize for the word-for-word from Wikipedia, but I don’t think I’ll be able to explain how this format works better than someone else already did:

“The wire is pulled rapidly across a recording head which magnetizes each point along the wire in accordance with the intensity and polarity of the electrical audio signal being supplied to the recording head at that instant. By later drawing the wire across the same or a similar head while the head is not being supplied with an electrical signal, the varying magnetic field presented by the passing wire induces a similarly varying electric current in the head, recreating the original signal at a reduced level.”

Even though this is an early version of the successful cassette, apparently 1958 wasn’t exactly ready to allow this format to succeed. The size of it is much bigger than its common successor and was not as easily portable.

For example: Marty Gold And His Orchestra ‎– Sticks And Bones

Releases in the Discogs Database: 3

This format is considered an evolution of the RCA tape cartridge. Still bigger than the modern cassettes, this format was aroud for a brief period of time. Evidence of its brevity is that you will only find three releases in this format in the Discogs Database. Perhaps there are more out there?

Releases in the Discogs Database: 4

Excuse my ignorance, but as I write this piece I’m realizing of how many failed attempts several companies had to develop before creating the cassette, one of the top-3 most popular formats of the last few decades. The attempt of Saba to create a portable format was the Sabamobil, another short-lived format that fell quickly into oblivion.

Releases in the Discogs Database: 9

It’s likely that, just like me, you’ll think immediately of Betamax when you hear this name. But even though both were developed by Sony, there are significant differences (check the video above for reference). Surprisingly, there are a bunch of music releases commercialized in this format and, you know it, the information about some of those is on Discogs.

I wasn’t aware of this other victim of the VHS, but here you go: Video 2000 (aka V2000) was developed by Philips and Grundig to try to compete in the arena of home video. It obviously didn’t do well.

Releases in the Discogs Database: 40

Oh wow! Oh. Wow. I didn’t know what I was signing for when I started writing this piece, but there’s been so many forgotten formats invented during the past century. Because it’s easier for Wikipedia to explain it to all of us: “The Tefifon is a German-developed and manufactured audio playback format that utilizes cartridges loaded with an endlessly looped reel of plastic tape.” There you go.

Releases in the Discogs Database: 42

This is too cute to be true. Fisher-Price released this format in the late 1980s to clearly market to the kids. I mean… If a kid wanted to listen to Boston and Phil Collins when Nirvana was already around, then let them!

For example: Bon Jovi – Livin’ On A Prayer / Runaway Releases in the Discogs Database: 114

I am puzzled about this format. So it’s actually more modern than cassettes and it can store about 13 GB for one hour of video. Alright, I’m still puzzled. Whatever.

Releases in the Discogs Database: 157

After this whole gallery of failures (sorry, not sorry), actually the PlayTape was a success (yay!) back in 1966. Sorry for the copy/pasting from Wikipedia but I don’t know if I feel like I could explain it any better:
“PlayTape is a two-track system, and was launched to compete with existing 4-track cartridge technology. The cartridges play anywhere from eight to 24 minutes, and are continuous. Because of its portability, PlayTape was an almost instant success, and over 3,000 artists had published in this format by 1968. White cases usually meant about eight songs were on the tape.”