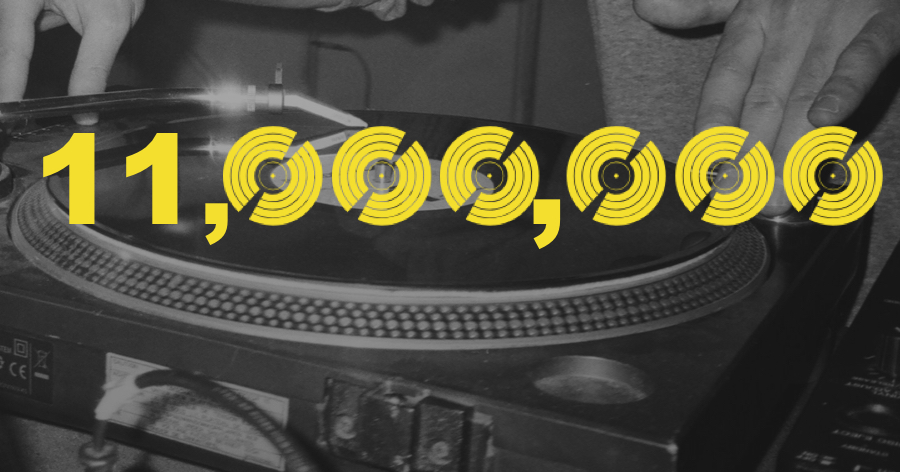 There are now over 11 million unique releases cataloged in the Discogs Database. It’s only been nine months since the contributor community added the 10 millionth release to Discogs. To put that in context, the first million releases took 90 months.

How is something like that even possible? Well, it’s thanks to 69,632 dedicated Discoggers – that’s how many people have added releases to Discogs in the last nine months. To put that in context, only 27,604 people added a release in the first 90 months!

How many releases do you think there are in the world? I come from an electronic music background, and I don’t come across much music I can’t find on Discogs unless it’s fresh off the press. Even then, it typically only takes a week or so before someone’s added it. No surprise there though. Discogs was started by a DJ, after all. 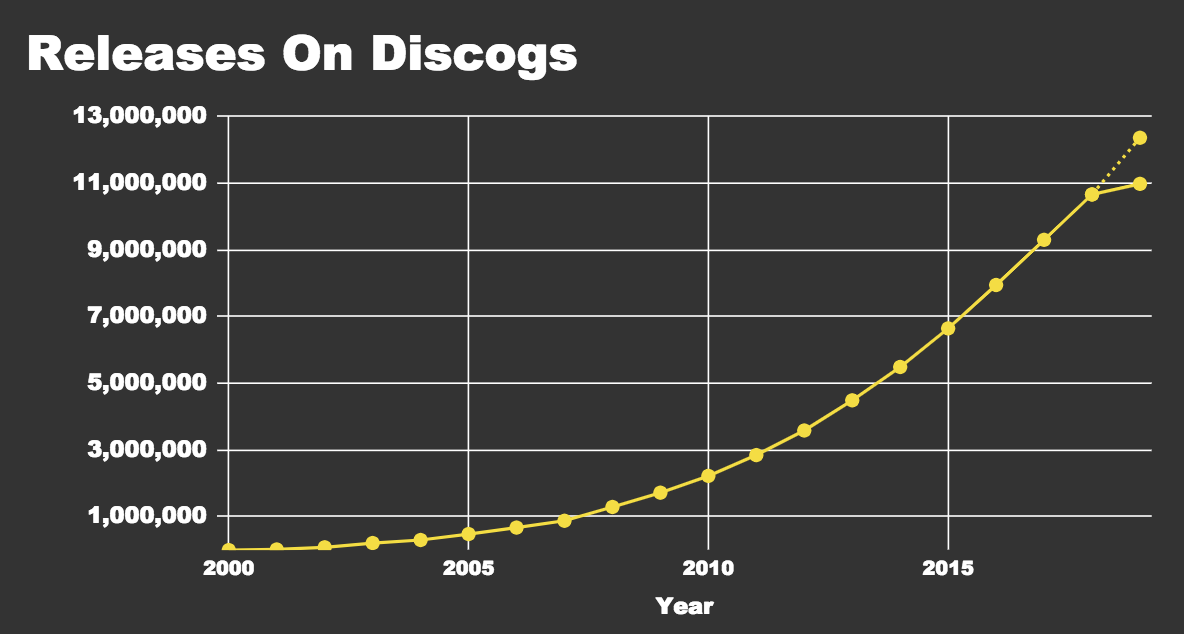 When I wanted to start contributing to Discogs, I didn’t have a single record in my possession not already in the database. I literally had to walk around Amsterdam asking stores if they would let me go through their inventory. Of course they obliged. It’s not easy to enter all the information into the right fields in the submission form – as I’m sure anyone who’s tried would know.

Almost none of the releases I found were electronic, and most of the piles I was looking through were full of releases from countries outside of North America and Europe. Although there’s a lot of music in those countries still to be added, this pattern matches what we’re seeing on a large scale: Discogs is becoming a truly global project.

However, we’re now working hard to make sure the infrastructure to support a truly global project is in place. One big way is by translating the website into many different languages and offering support in those languages. We recently began translating the submission guidelines — which is decidedly not an easy task. But hey, the guidelines are the backbone of Discogs; the product of 18 years of community-driven discussion about the best way to catalog something as wildly varied as “all the music in the world.”

We’re on a mission to build the biggest and most comprehensive music database the world has ever known, a site with discographies of all labels and all artists, all cross-referenced, and that simply would not be possible without a complex data structure and an incredibly passionate community of volunteer contributors. Reaching 11 million releases is a testament to the commitment of worldwide around the world trying to build something truly special.

Big thanks to all contributors, wherever you are!