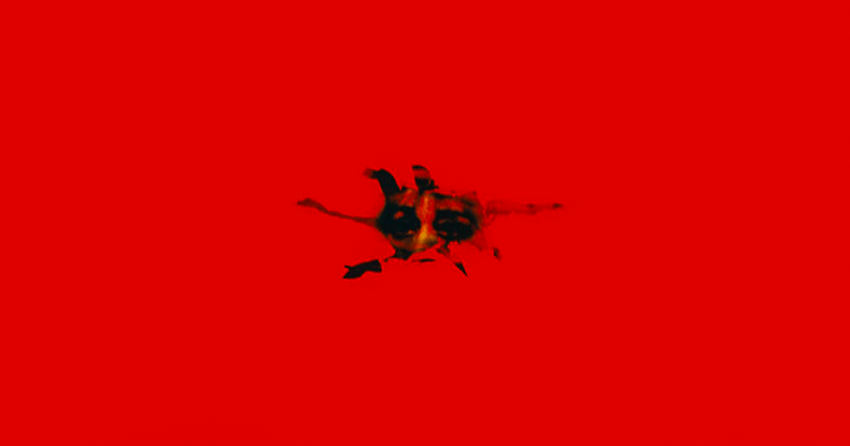 Italian Horror Soundtracks are a record collector’s delight. They characteristically feature a touch of dissonance interspersed with rock instrumentation and relaxed European lounge grooves. There are superstars of the genre, like Goblin, who bring impressive rock structure to the albums. There are also plenty of unsung heroes, like the spectacular choirs found on the soundtracks of Tutti I Colori Del Buio and Lo Strano Vizio Della Signora Wardh. The movies themselves are cherished by many, perhaps not for their narrative structure, but for the influence they so clearly had on modern-day horror, noir and slasher flicks. Their hyper-sexualized aesthetics with dark and often supernatural killers were early templates of many horror films to come The music of Italian horror films, also known as Giallo outside of Italy, was revolutionary at the time. Prominent from 1968 – 1978, the soundtracks broke boundaries by featuring lounge music, psychedelic groove, and heavy rock. Experienced directors, such as Dario Argento, sought out emerging acts to produce soundtracks that were unthinkable just a decade earlier. Even John Carpenter, the composer of Halloween (1979) and many other great horror soundtracks, has stated that he was heavily influenced by the music found in Giallo films. Explore the list below, ordered chronologically, to discover 13 of the best Italian horror soundtracks. This soundtrack starts off light and dreamy. There’s quintessential Italian lounge music throughout. “I Robot” is a swampy banger. It’s an early example of Italian horror music, but it’s easy to hear the influence it had on later movies in the Giallo genre. Deep psychedelia persists on the “Perversion Story” soundtrack. Free-jazz is prominent throughout the album as well. There are a few claustrophobic melodies hell-bent on driving anxiety levels up. It chills out at times and there are some characteristic Italian grooves as well. One of the rarest on this list of Italian horror soundtracks, it has only been pressed on vinyl once, back in 1969 on Italian label CAM. And we’ve only had one sale on Discogs, for $220 earlier this year. La Morte Bussa Due Volte is Widely considered one of the best movie soundtracks of all time. There are strong jazz and Bossa nova influences, stellar instrumental solos and riveting vocals. Only pressed twice on vinyl, the original can go for upwards of $600. That’s no match for Umiliani’s other horror soundtrack rarity il Corpo, but makes the record more expensive than his phenomenal comedy soundtrack, La Ragazza Fuoristrada. The music here is louder than on many of the other soundtracks, as the intro track and theme are performed by a big band. Jazz and Bossa nova influences are found throughout the music and are paired with psychedelic tinges. It’s a must listen and a must find for fans of Italian lounge music. The film itself is borderline-horror, indeed many would consider it more of a noir. However, it is characteristic of the early Giallo days and certainly influenced other Italian horror soundtracks in the 1970’s and 1980’s, hence it’s placement on this list. Colpo Rovente was, until recently, the rarest Italian horror soundtrack on this list. Only 70 promo copies were pressed on vinyl in 1970, none of which have been sold on the Discogs Marketplace. The 1999 Italian CD release will set you back around $62, but a 180-gram distributed by Light in the Attic in 2015 can now be yours for under $25. “The Devil’s Nightmare” soundtrack has a good dark groove, especially on tracks like “Demon Arise” and “Devil’s Nightmare”. Excellent female vocals throughout. It is a great record for a Halloween party. This soundtrack was the very first from Goblin (under their newly-coined name) when most of the band members were in their early 20’s. Dario Argento went out on a limb in hiring the group and spent countless hours listening to soundtracks with them to help guide the sound. Unlike Suspiria, the record begins with some bonafide Italian groove on the eponymous lead song. The album quickly gets more frantic, and by the third track on side A, “Mad Puppet”, we’re fulling entrenched in a bass-heavy nightmare. You’re never too deep though, there are wonderful grooves, led by bassist Fabio Pignatelli, sprinkled throughout that help balance the horror with the light and breezy. The soundtrack is a deeper cut from Goblin and is less refined than their masterpiece Suspiria, but highly recommended for fans of the band and of the Italian Giallo sound. It was on the top of the Italian music charts for nearly 15 weeks in 1975 – smashing records for soundtracks at the time. The movie is widely regarded as even better than Suspiria, perhaps even the best Giallo ever made, so give it a watch at the very least. There are definitely some Twin Peaks vibes on this soundtrack. There is wonderful use of an organ. The Coro Di Nora Orlandi (coro means choir in English) is excellent as well. Unfortunately, this has only been pressed on vinyl once, and even then it wasn’t the full soundtrack. Fingers crossed there’s a repress on the way sometime soon. Suspiria is probably the most well-known of all releases on this list and frequently shows up on best soundtracks lists that go beyond the Italian horror genre. Right from the start the creep factor is high with a menacing voice whispering and humming unintelligibly around dissonant melodies. Later on, Suspiria sounds more like a rock album than a horror soundtrack. That’s because Italian prog-rock Goblin recorded this album too. Suspiria is a must for any serious collector of soundtracks, it is a true classic of the Italian horror soundtrack genre. Filmed in and around New Orleans in 1980, “L’Aldila” has a more pronounced supernatural angle to its plot. Despite its American production, the film was not released in the states until 1983 and even then featured a different soundtrack and shorter runtime. Not until 1998 was it shown in its original form in the US, after being acquired by cult-film distributor Grindhouse Releasing. This original soundtrack, especially in the original Green and Red pressings, is phenomenally rare. Even the represses from the early 2010’s go for well above new vinyl prices. Leagues different from the rock-heavy Goblin albums, you’ll hear more string arrangements and choral vocals on the side A. The second half of the soundtrack ushers in relaxed Italian grooves and less formal arrangements, along with some New Orleans Jazz and Funk. Altogether, it’s a classic representation of a horror soundtrack with a Creole twist. Three former members of Goblin came together at the request of Dario Argento. It’s a bit past their prime 70’s prog-rock days (the band offically broke up in 1979), but the title track is an absolute anthem and the prominent role of synthesizers make the Tenebrae soundtrack an honorable mention in the Goblin catalog (even if you won’t find it in their official discography.) It received a well-reviewed reissue in 2018 that included a new album cover by Nikita Kaun. The movie consistently ranks as one of the best in the genre as well. This relatively quiet soundtrack keeps a good groove throughout. Directed by Lucio Fulci, “Quella Villa Accanto Al Cimitero” was intended to be a tribute to the writer H.P. Lovecraft, without explicitly using one of his stories. It was Fulci’s most financially successful film in the 1980’s. “I Remember” is one of the most iconic horror movie themes and is the standout of the entire soundtrack. An original copy (released with both red and green labels) will set you back at least $200, but Death Waltz Recording released a few different colored variants in 2013 that are much more affordable. This soundtrack is different than the rest, largely because it was released so far into the 1980’s. With tracks from heavy-rock icons Motörhead and Iron Maiden, as well as multiple from Italian horror soundtrack gods Goblin, Phenomena is a unique gem. Released in 1985, the soundtrack’s rock-forward and punk influences can be heard clearly on the three Andi Sex Gang tracks. There are quiet moments too, Bill Wyman’s (longtime bass player for the Rolling Stones) and Terry Taylor’s excellent track “Valley” being a great example of a dark soundscape. Widely released and affordable, this is a deep cut that will impress any collector of soundtracks.


For those looking to explore more Italian horror soundtracks, the historic Cinevox label was instrumental in distributing nearly half of these essential releases in the 1970’s and 1980’s. Take a dive into their label page to find even more exemplary Italian horror soundtracks.
Interested in seeing more articles like this one?
Don’t miss a beat!
Subscribe to Discogs Newsletters for music news, contests, exclusive vinyl & more.
Want to join the Discogs community of music lovers?
Sign up for an account here.
––––