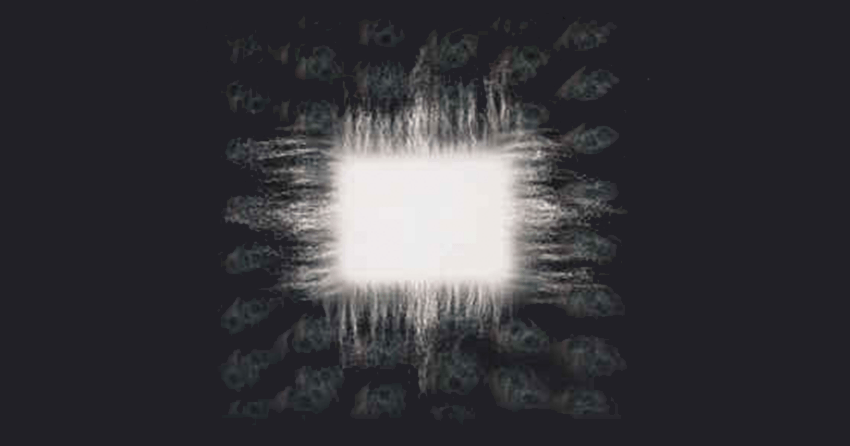 There is one thing he can’t buy… a dinosaur!

It might be true that the “Simpsons did it first” meme applies to almost every single thing that has happened in the 21st century. In Season 3 of The Simpsons, infamous TV presenter Kent Brockman couldn’t buy a dinosaur with all the money he won in the lottery. Let’s think about how that could apply to the Discogs community. What can you not buy even if you win the lottery? Exactly, records which have never been pressed on vinyl or which are very scarce (well I mean, you can buy the latter but this introduction would sound less dramatic).

Conversations about albums in serious need of a reissue happen all the time in the Discogs forums. In order to do my research, I could use two different methods:

Sorry not sorry, I actually never meant for all of this to happen but after reading all of your comments, I knew I had to do something with it. So no, this is not some sort of evil masterplan, this is just me trying to amplify your voice and, who knows, maybe we can get some label out there to reissue these albums in the future.

15 albums that the Discogs Community wants to see reissued: As you might know, the mighty Richard D. James goes by plenty of nicknames. With a wildly expansive discography and his eternal status as a cult artist (at the same time as a successful one, which is not a common thing), some of his records have been out of print for decades. Thanks to the magic of blatant lies, 310 Discogs users claim to own this record, while 1,447 would like to own it.

There aren’t any copies available for sale at the moment, but feel free to add it to your Wantlist. The first album by Seattle grunge band Alice In Chains has never been properly reissued on vinyl besides several bootlegged copies during the last 29 years, turning it into an obsession for fans worldwide. This is quite special since this album sold more than 2 million copies, but it was released at a time when CDs were already more popular than vinyl records.

Just so you know, a NM copy of Facelift won’t be yours for less than $100. The year 2000 wasn’t exactly what you would call the hottest year in the history of vinyl. By then, our beloved format was not very popular for new releases. That was the case of Midnite Vultures, the album by Beck containing the megahit “Sexx Laws”. Highly sought after among the fans of the eclectic artist, only a limited run of vinyl records was ever pressed by the label Bong Load Records.

Feel free to get it starting at more than $180 if you’re feeling extra. Fiona Apple – When The Pawn…

It’s hard to believe that this masterpiece by Fiona Apple (I mean masterpiece like every other Fiona Apple album ever released) has never been released on vinyl. We’ve heard the rumors that some reissue label out there was working on it long time ago, but we haven’t had any further news. And we need to own them all! Guided By Voices ‎– Same Place The Fly Got Smashed

It’s easy to get lost in the vast catalog of Guided By Voices, we’re not going to lie. The alternative rock outfit fronted by the endlessly inventive Robert Pollard has released a whopping total of 168 releases since 1987. Fans of the band from Dayton, Ohio aren’t exactly what you would call casual and a lot of them (sorry, us) will kill to be able to have a complete collection of all their output. With a proportion of 74 “haves” and 460 “wants”, this release seems to be the definitive holy grail. Hope Sandoval & The Warm Inventions – Through The Devil Softly

Hope Sandoval made the very long hiatus of Mazzy Star easy for fans. Over the late nineties and the 2000s, she collaborated with a lot of other artists like Air, Massive Attack, The Jesus and Mary Chain, The Chemical Brothers…and she also started her own personal project: Hope Sandoval & The Warm Inventions. They have released three albums so far. The one in the middle, Through The Devil Softly, has never been pressed on vinyl.

Sorry. It just doesn’t exist in vinyl, but you can still buy a CD if you want to own it. You really never know what Robert del Naja is up to. One day he might be releasing game-changing music with Massive Attack and the next one being a world-renowned street artist in disguise (I mean, maybe? ¯_(ツ)_/¯). Either way, there is one album that was mentioned by some of you which could do with a reissue, and that’s their 2003 forward-thinking 100th Window.

If you really need this record right now, you can count yourself lucky, prices for a NM copy range from $93 to $356 roughly. PJ Harvey – Rid Of Me

Alright, yes, this was our own idea BUT we can see many of you reacted to it, my favorite comment being the one Christopher Convex in our Facebook post: “Never in the history of music did an album from the ’90s deserve a remaster so badly!” Amen, brother. Please, can someone make this happen soon?

The record doesn’t reach stratospheric prices, but you won’t land a copy in your Collection for less than $160. Believe it or not, it’s already been 9 years since Mark Linkous took his life. We have to thank him for some of the most beautiful songs an indie rock artist has ever produced. Good Morning Spider, released in 1998, showed an artist and a project at its best. Emotional, raw, complex, candid, and yet poetic and magical.

There aren’t many copies available for sale, but you can check it out yourself here. There isn’t a fan of The Cure on Earth who won’t mention how much Wish deserves a reissue. It’s true, the album was released on vinyl back in 1992 (even though most likely with fewer copies than its CD version) and it hasn’t been reissued since. Every The Cure fan should have the opportunity to listen to classics like “High”, “From The Edge Of The Deep Green Sea” or “Friday I’m In Love” in his/her turntable. Can’t anybody do something about it? We demand an answer.

The good news is that there are a lot of copies available in our Marketplace. The Mars Volta ‎– De-Loused In The Comatorium

This is exactly what I was looking for right now. The Mars Volta insane debut De-Loused In The Comatorium was released in 2003, one of the worst years for vinyl sales. According to the information on Discogs, 15,000 copies of the album were released in total back in the day (first with a batch of 5,000 copies, and then with another one of 10,000 copies). That was it, the album was received with a great deal of critical and commercial success. In 2014, the Dutch reissue label Music on Vinyl answered the prayers of fans worldwide with a new edition in vinyl of De-Loused In The Comatorium. The bad news? Those reissued albums have reached very high prices in our Marketplace as well. Oh, the irony! The Smashing Pumpkins – Machina / The Machines Of God

Even though some of you suggested Mellon Collie and the Infinite Sadness, after a quick check I realized that there are several versions with pretty decent prices (let’s take into account we’re speaking about four LPs). But that got me thinking… what about the last album The Smashing Pumpkins released during their first run together? Machina / The Machines Of God arrived at a time when CD was set to dominate the music industry forever (little did we know…), and therefore the release on vinyl was limited. Hopefully, some label boss reads this and reissues the album ;-)

You can land a copy on Discogs, but it won’t be cheap. Throbbing Gristle with Albrecht/d. ‎– Music From The Death Factory

Released in 1976, Music From The Death Factory is the most highly sought album by wreckers of civilisation (sic) Throbbing Gristle. This really needs a reissue! 51 Discogs users claim to own it and it’s never been sold in our Marketplace. Moreover, it was originally released in cassette, so a vinyl edition would be incredible (if you’re into stuff which will probably make you feel extremely uneasy).

That’s not a possibility right now. You’re still missing Tom Petty and so are we (it’s hard to believe two years have passed since he left us). In a discography full of great albums, Wildflowers stands out as one of the most beloved releases among his fans. Just by checking the prices on Discogs, it’s clear that we could all do with a cheaper reissue of this album.

Up to you, but you won’t be able to find anything under almost $275. I don’t know anyone with equidistant feelings about Tool. Either you love them or you hate them, and normally it goes with sheer intensity in both ways. These days, they are everywhere thanks to the release of their long-awaited comeback album: Fear Inoculum. But back in 1996, their second album Ænima was a huge success, and, for many, it remains their best album.

Well…just so you know, Ænima won’t be yours on vinyl for less than $500.