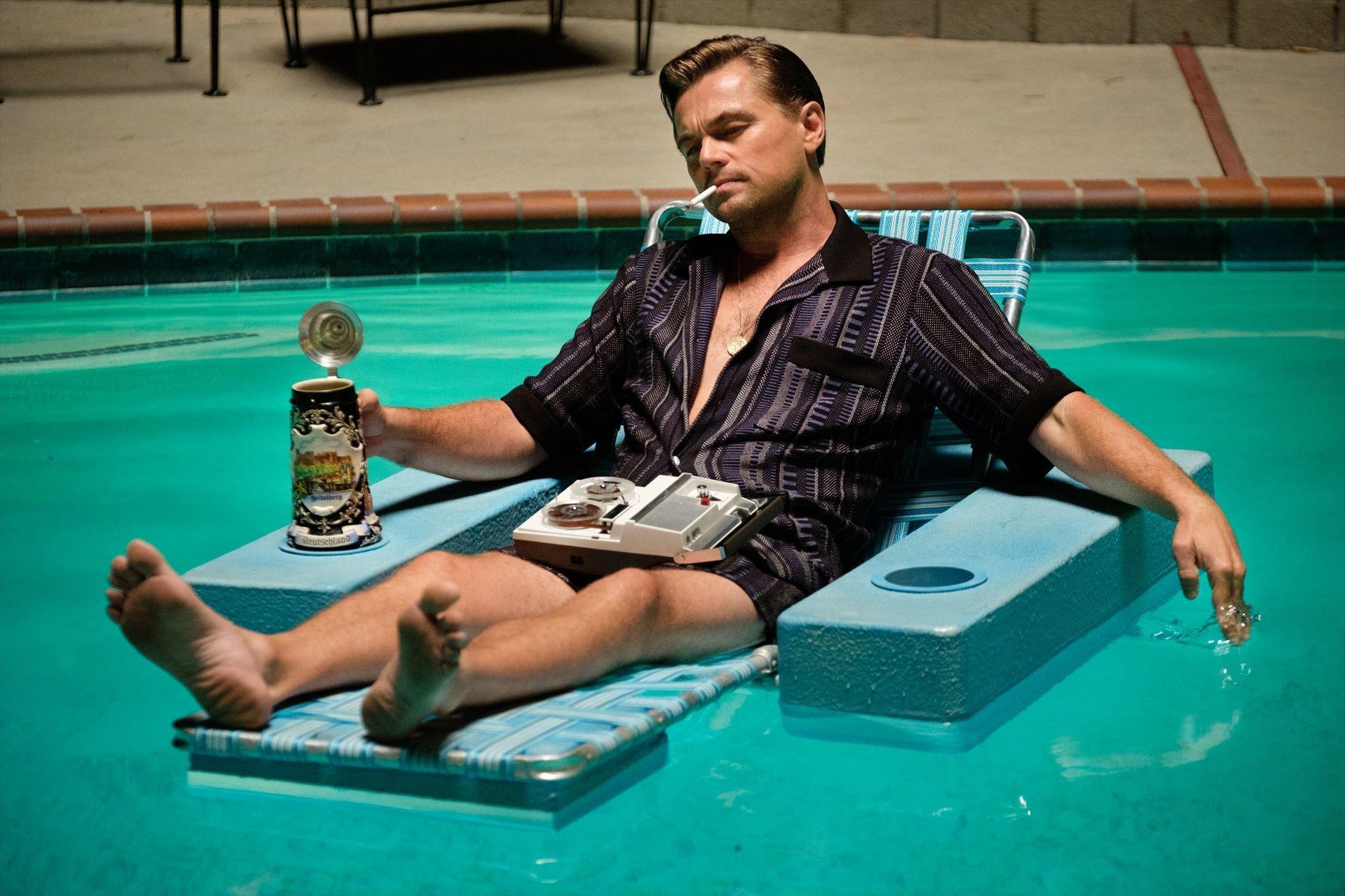 It’s been a banner year for film this year, but especially a landmark year for film scores. The innovation heard in some of the year’s best compositions has pushed the medium forward with eclectic results. More and more, ground-breaking artists are finding their way into Hollywood, and this year is no exception. Members of Portishead, The National, Tindersticks and more added their music to some of the year’s best films.

With the 2020 Oscars a couple days away, here’s a look at some of 2019’s best film scores and soundtracks currently available on vinyl. Lights, camera, drop the needle… 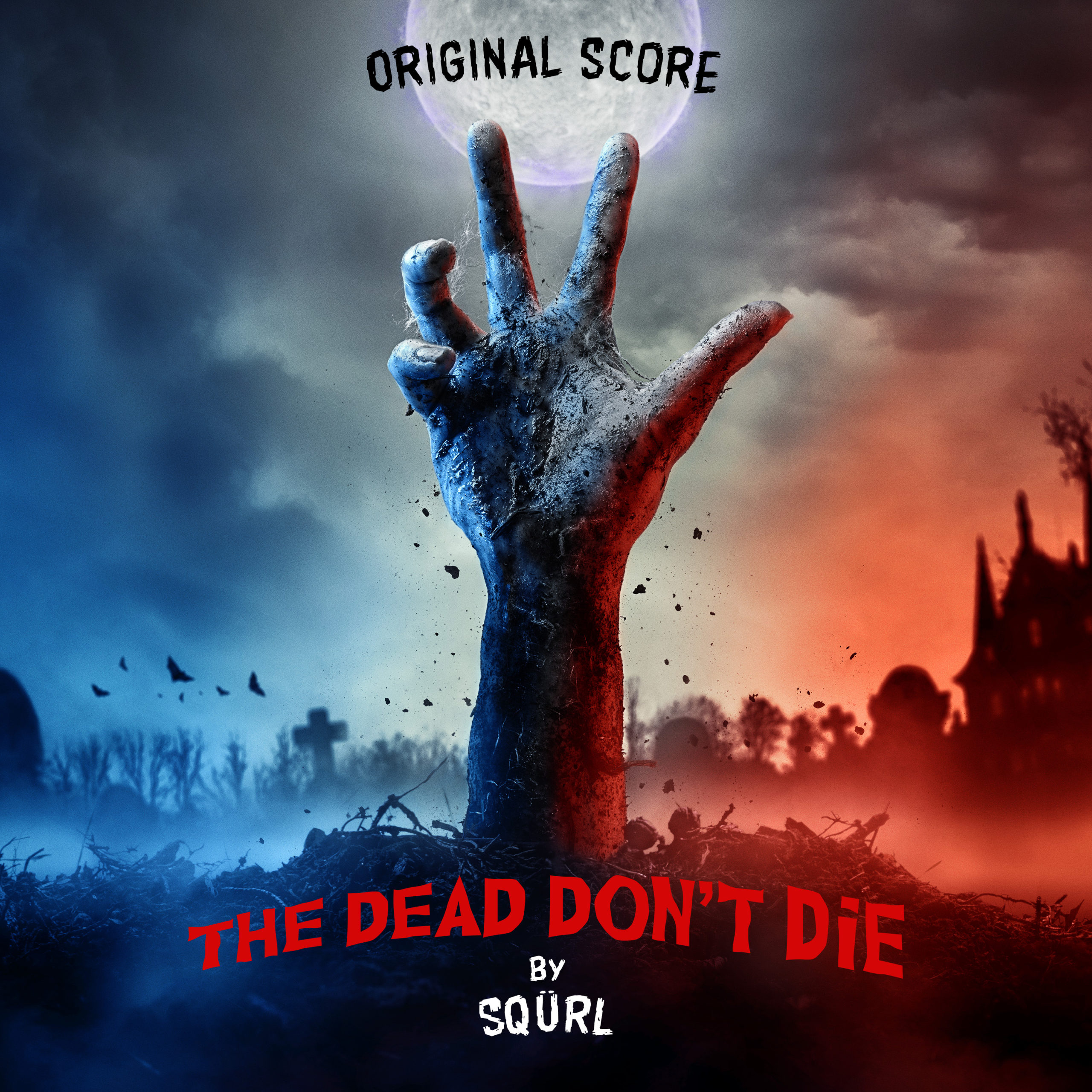 Despite starring musicians such as Selena Gomez, Sturgill Simpson and Tom Waits, The Dead Don’t Die was primarily scored by SQÜRL, the music duo of Carter Logan and the film’s own director Jim Jarmusch. The zombie comedy is the duo’s third score for one of Jarmusch’s own films, following 2013’s existential vampire comedy Only Lovers Left Alive. As they’ve done with many scores this year, including the upcoming pressing of Jung Jae-il’s music from Parasite, Sacred Bones put together a beautiful package on multiple colors for this collection of synth drones and psych-western guitars. 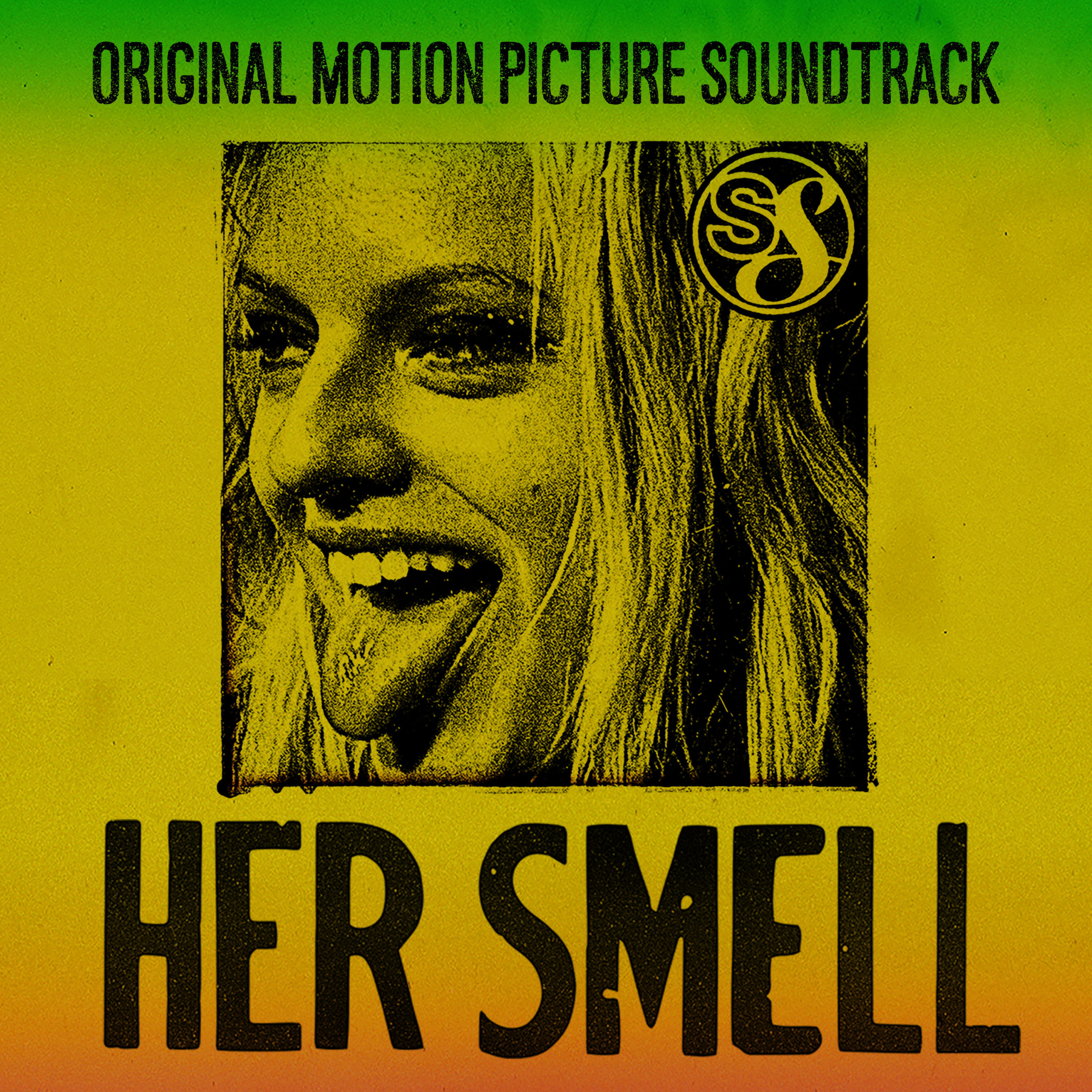 Riot grrrl is alive and well is Alex Ross Perry’s Her Smell. Elizabeth Moss gives a hurricane performance as Becky Something, the front-woman of Something She — a fictitious band that will have you yearning to put on some Sleater-Kinney after the movie ends. Keegan DeWitt, of the band Wild Cub, holds down the score, but the music from bands in the movie hold it down as a sharp portrait of the era. The pink marbled and black double LP pressing comes with a bonus 7″ that features tracks from both Becky Something, and the Akergirls, a young band from the film made up of Ashley Benson, Cara Delevingne and Dylan Gelula. 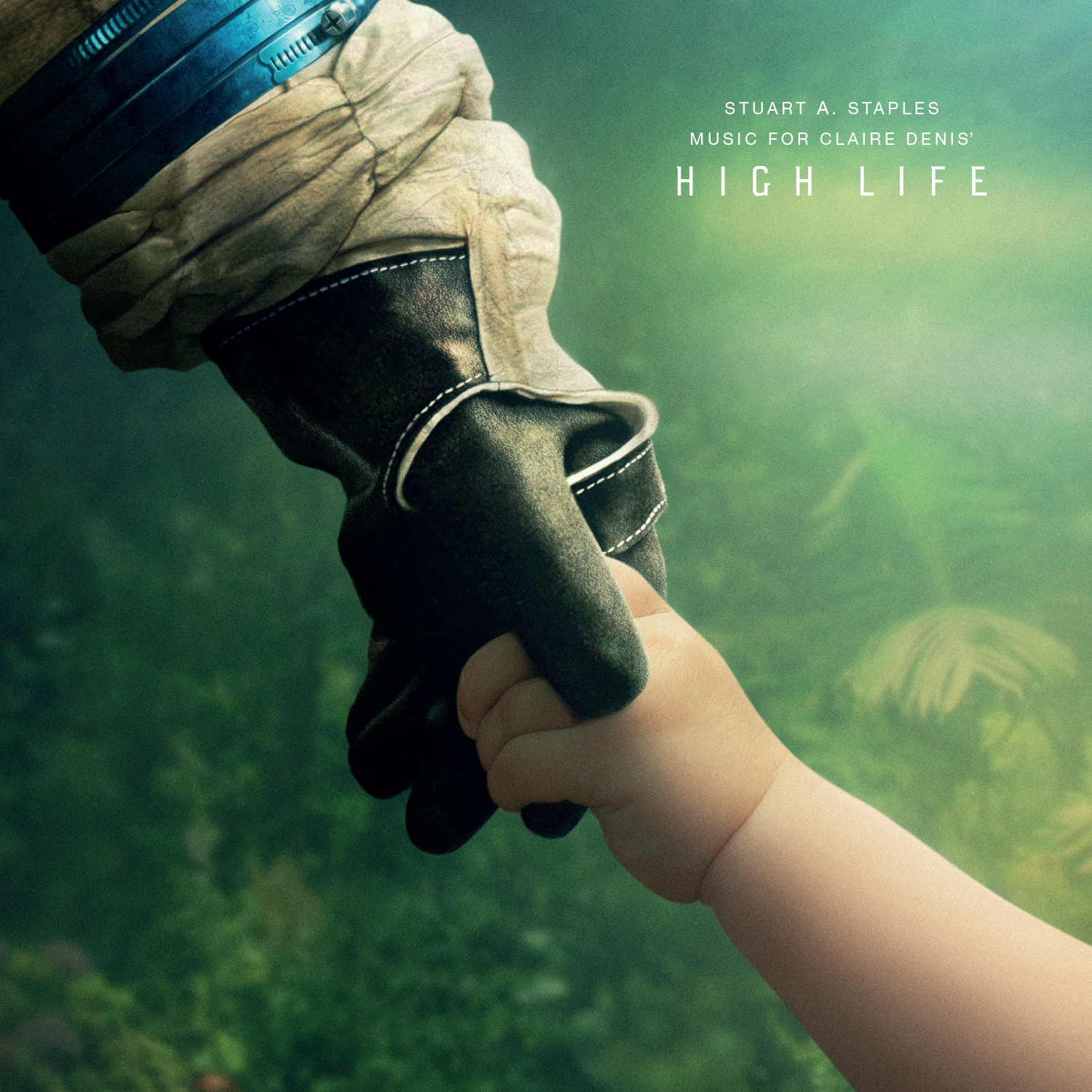 Claire Denis is one of the most revered contemporary French filmmakers. She has more than three decades worth of iconic films, and yet, at 73, High Life is like nothing she’s directed. For her first English-speaking movie, Denis took Robert Pattinson, Juliette Binoche, and even André 3000 to outer space for one of the most deeply philosophical and unique films of the year. You might know Stuart A. Staples from his the modern baroque pop outfit Tindersticks. His voice in unmistakeable, and for High Life, he delivered a bunch of intriguing, lullaby-esque songs that shaped it and amplified it the films quiet celestial mood. A wonderful score that luckily got its due vinyl edition. 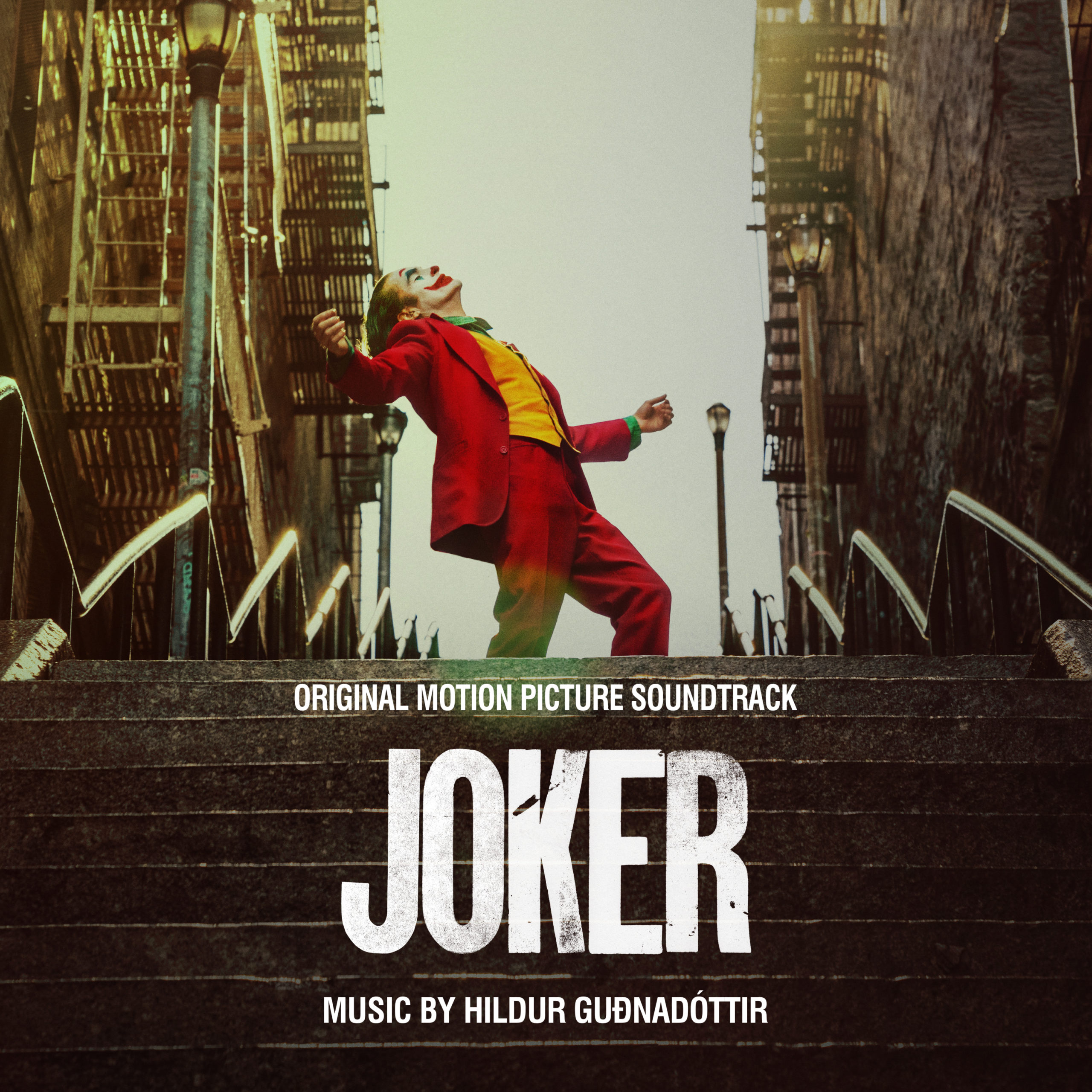 A strong contender for this year’s Oscar for Best Original Score comes from Icelandic cellist & composer Hildur Guðnadóttir. Between her score for Joker and the HBO miniseries Chernobyl, it was a breakthrough year for her definitive combination of melody and drone. It buoyed Todd Phillips’ reinvention of the comic book movie into something sinister and exciting without falling into the cliche of bombastic blockbuster composition. It’s a transformative score, and perhaps the most successful ambient release of the year. 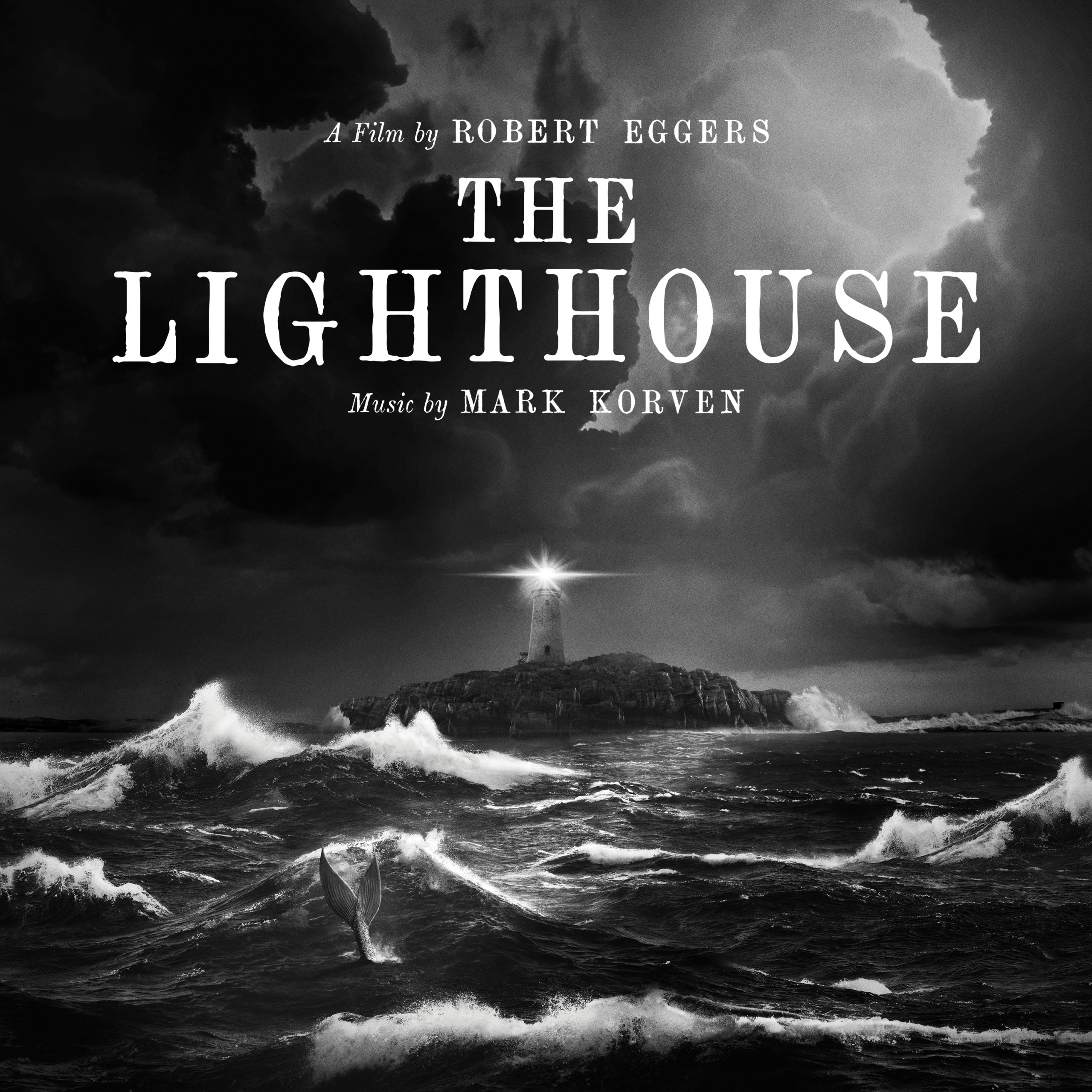 Mark Korven’s second collaboration with budding horror master Robert Eggers, following up The Witch, is another triumph of atonal ambient composition. Korven employs an array of mellotron and wind instruments to mimic the windy shores of Nova Scotia, where the film is set. It evokes the expansiveness of the sea and the loneliness of a wickie aka a lighthouse worker. Another beautiful limited pressing by Sacred Bones cements the label as one of the most trustworthy purveyors of the cinematic. 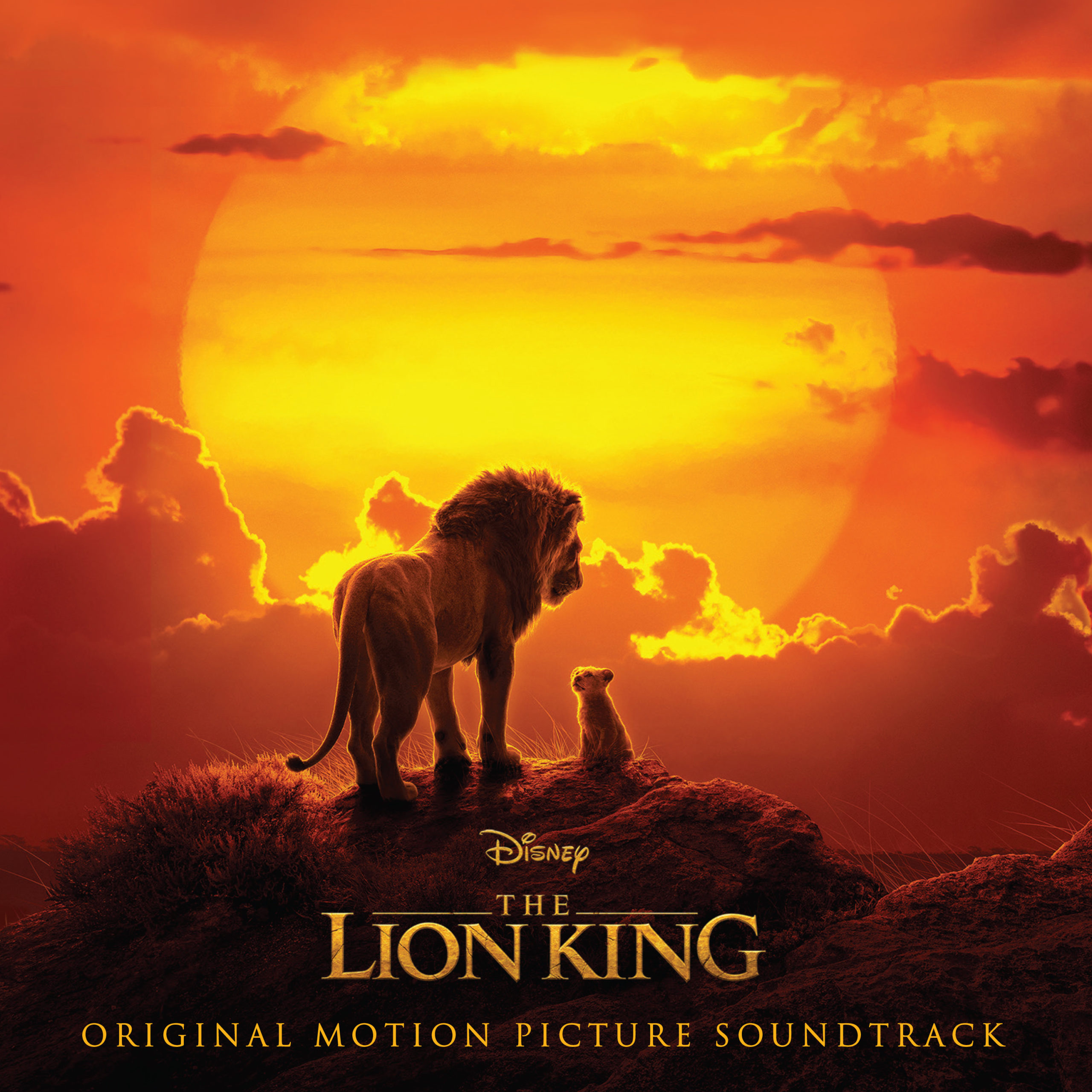 While it doesn’t have the vibrance of the original 1994 animated classic, the live action reboot of The Lion King is worth a watch, if only for the beautiful landscapes and a good sing-a-long to the hallmark tunes. While the superior Beyoncé-curated companion album The Lion King: The Gift is not available on physical formats, Disney was kind enough to press some of the rearrangements of the original songs featured in the film, as sung by Donald Glover, Seth Rogen, Billy Eichner, Lebo M and, of course, Sir Elton John. 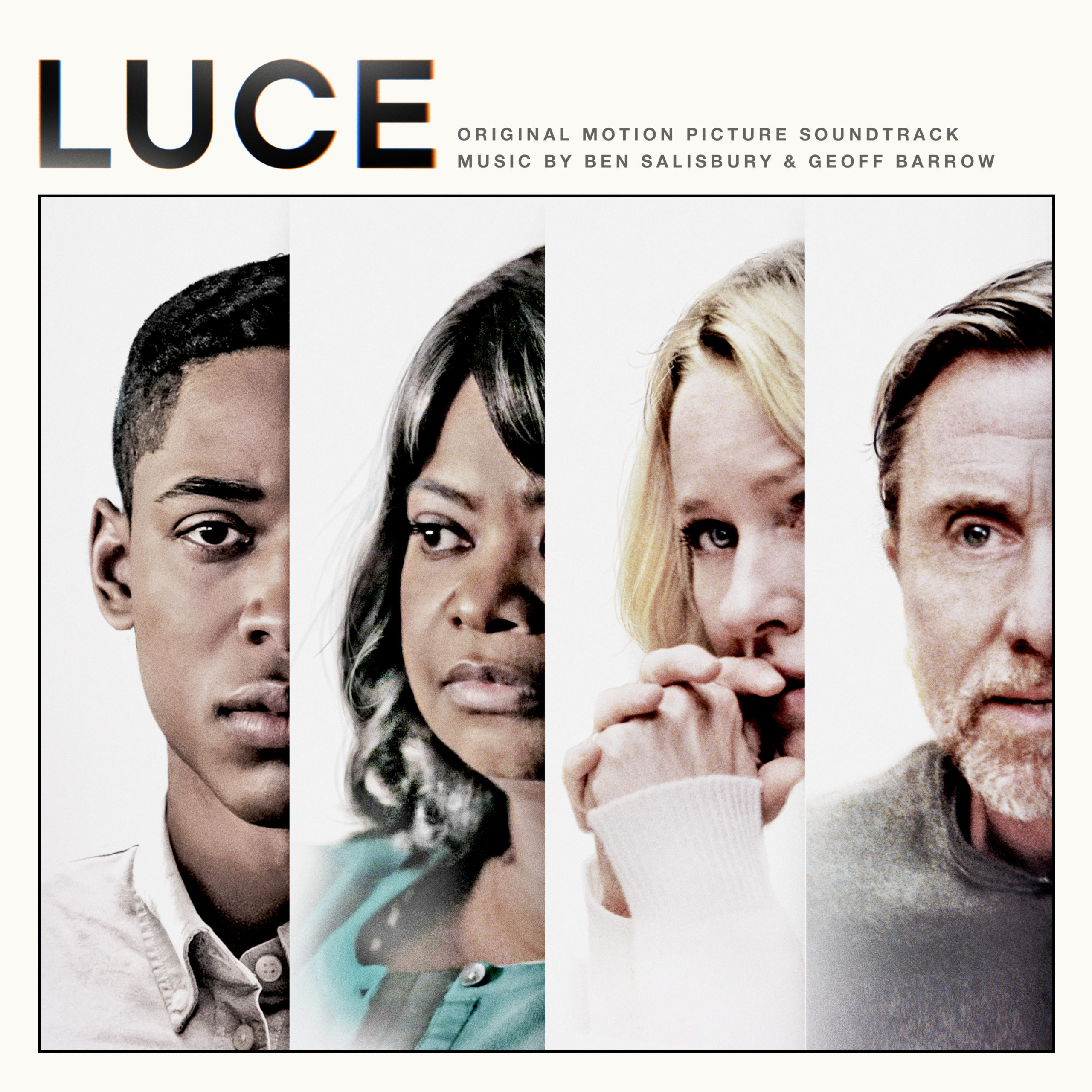 Portishead‘s Geoff Barrow has become quite the force in the film world after his two magnificent collaborations with director Alex Garland on Ex Machina and Annihilation. Luce is a much different film than those two existential science fiction thrillers, but Barrow’s touch, alongside his collaborator Ben Salisbury, is a distinct highlight of the drama from director Julius Onah. Contemplative electronics, metallic beats and soft organs all make their way into an eclectic, but cohesive work. 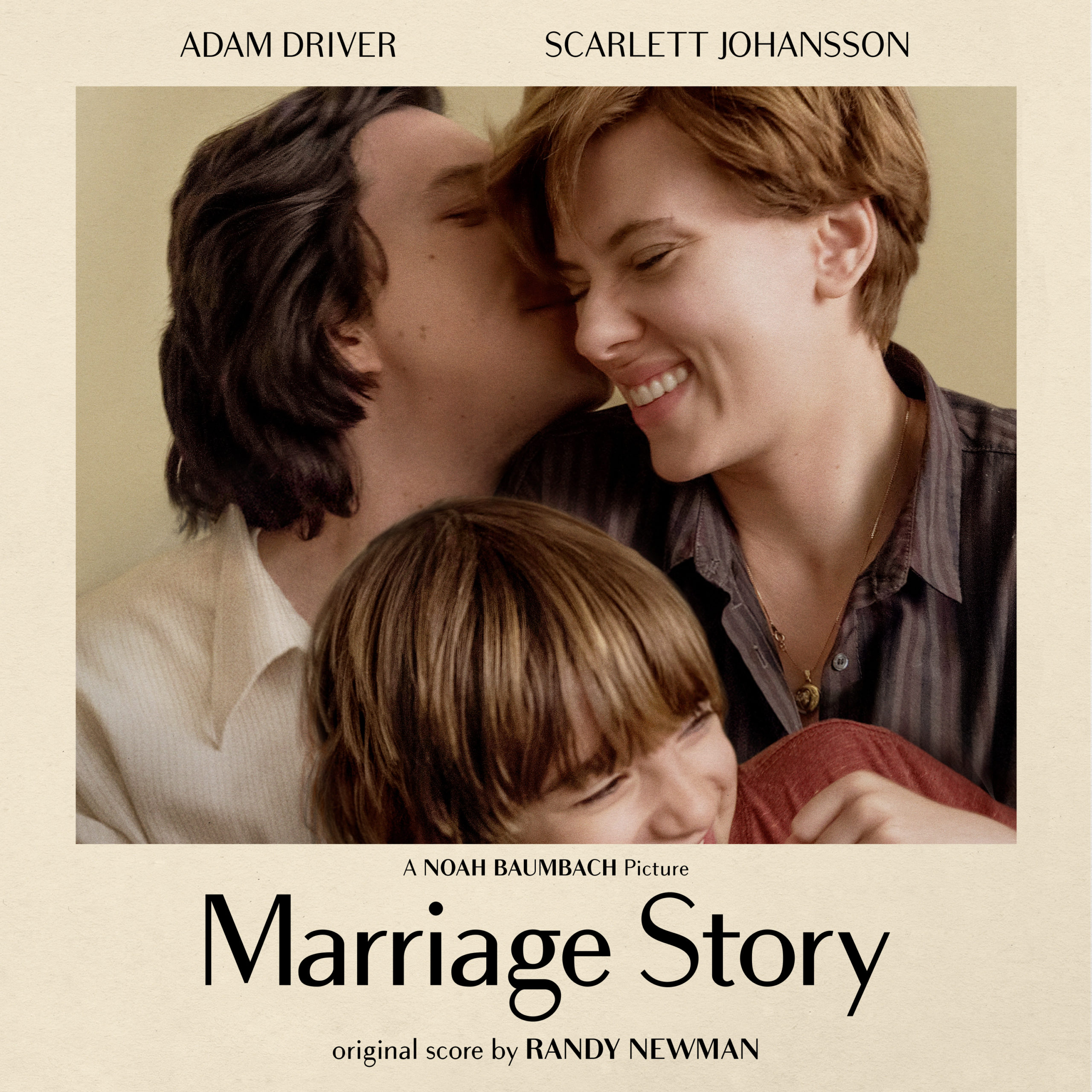 Marriage Story is the most European movie made in America this year. That is meant as a compliment (nothing against American cinema either, don’t be confused). Taking as his main inspiration movies like Ingmar Bergman’s Scenes From A Marriage, Noah Baumbach crafted his best film yet. A film of subtle undertones and superb performances that manages to capture the pain of falling out of love and the confusion of a divorce process with humor and understanding. Randy Newman clearly understood the tone and where the movie should take the audience and delivered this stunning soundtrack. Lively, gorgeously performed, and incredibly rich with detail. This movie simply wouldn’t be the same without Newman’s contribution. 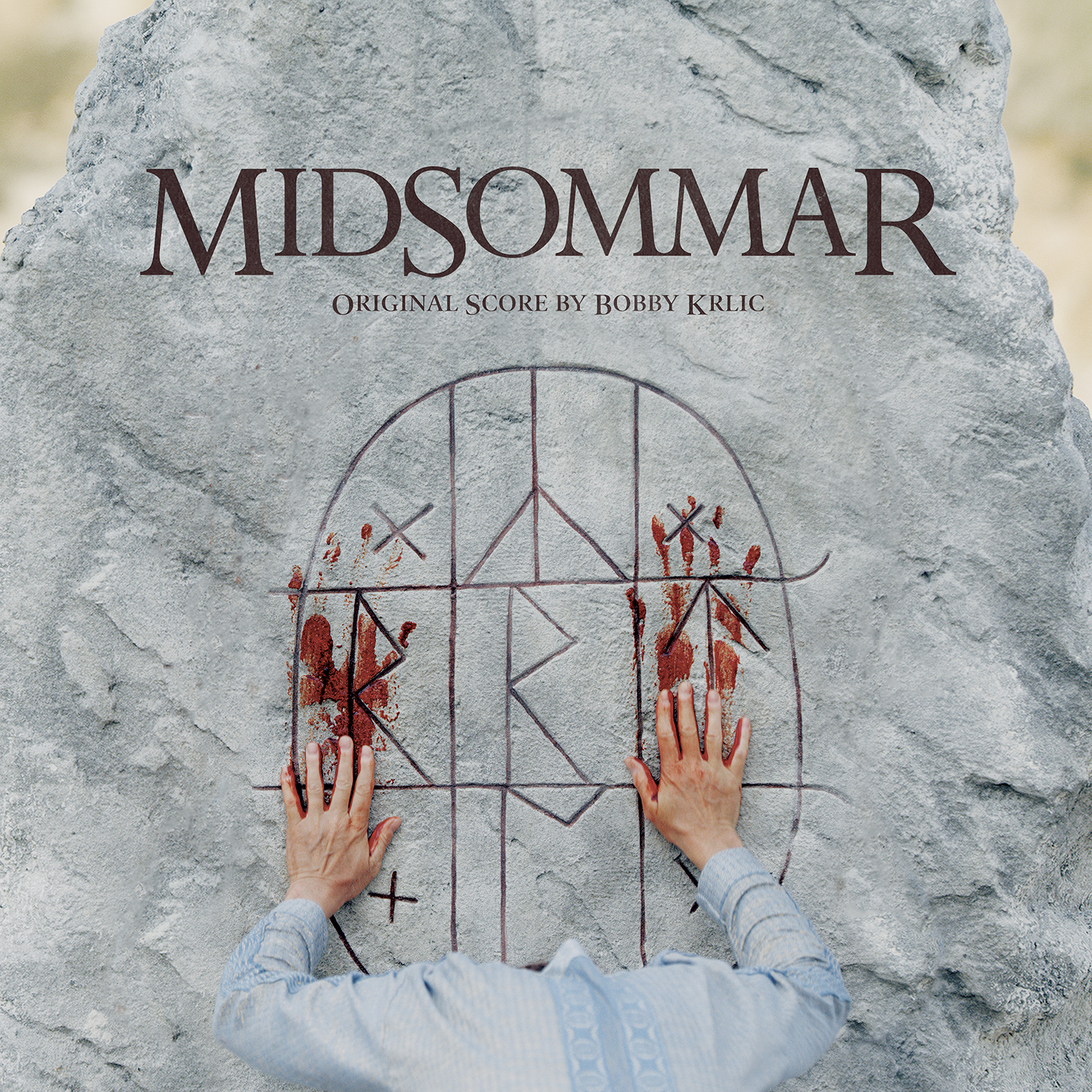 You might know Bobby Krlic best as The Haxan Cloak. With director Ari Aster, he might have made his filmmaking match.  With his second feature, Aster has continued to rewrite the history of horror movies. Following last year’s Hereditary (which featured a similarly fantastic score from Colin Stetson), Midsommar is a folk horror tale where the absence of darkness is perhaps its most haunting element. Krlic’s score enhances the dread in the daylight, with some of the best string arrangements and perhaps best compositions of the last decade. 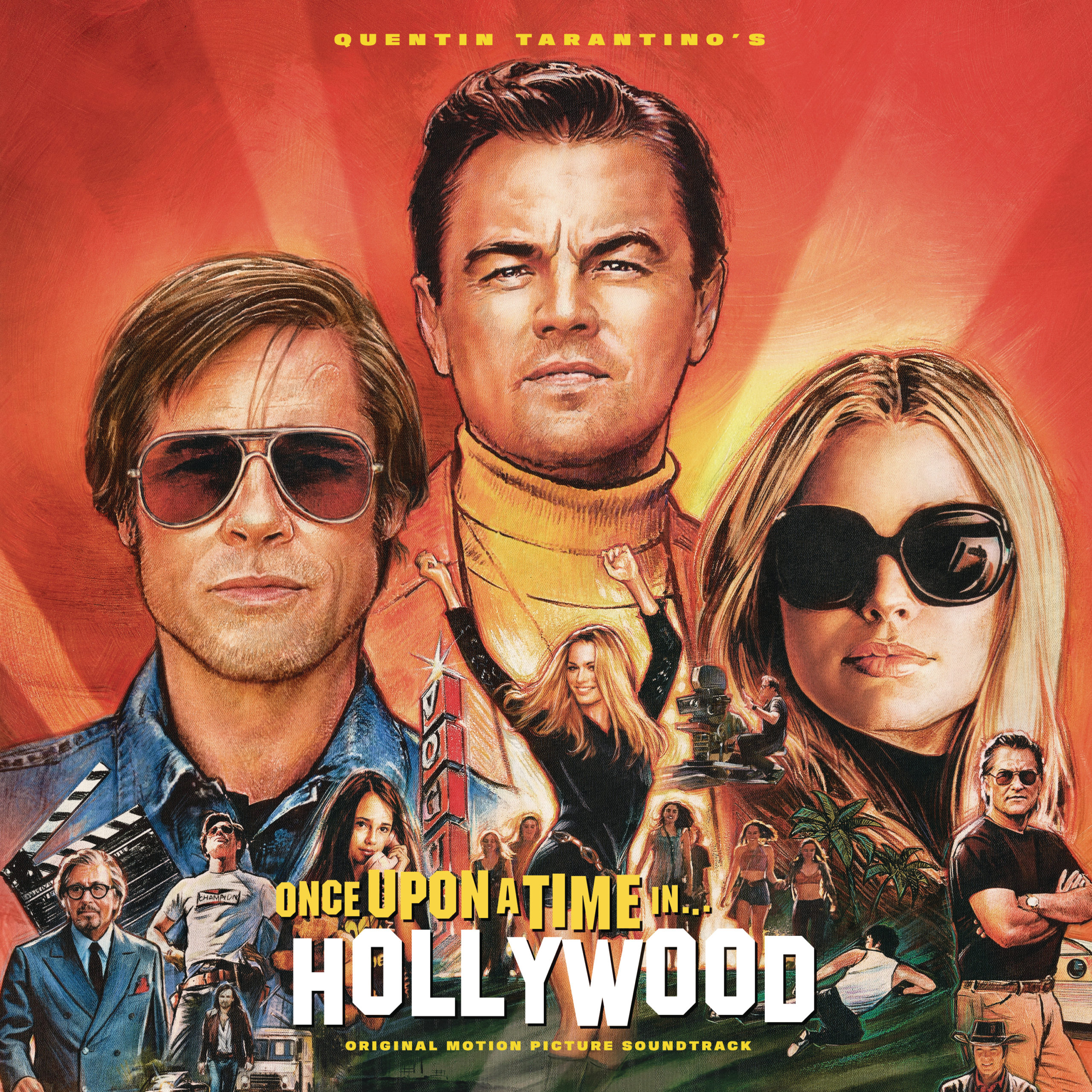 Once Upon a Time in Hollywood

Once you saw the trailer for Once Upon a Time in Hollywood and lovely syncs of Neil Diamond‘s “Brother Love’s Travelling Salvation Show” and Spanish beat group Los Bravos, there was no doubt Quentin Tarantino. was going to deliver another smashing soundtrack. For a 60s epic like this, music is an inseparable part of what makes it work so well. Tarantino recreates Los Angeles in 1969 with music that will make you dance in your seat. It’s nearly a greatest hits of the era with tracks from Deep Purple, The Box Tops, Buffy Sainte-Marie, Simon & Garfunkel, and even José Feliciano! Tarantino, you’ve done it again. 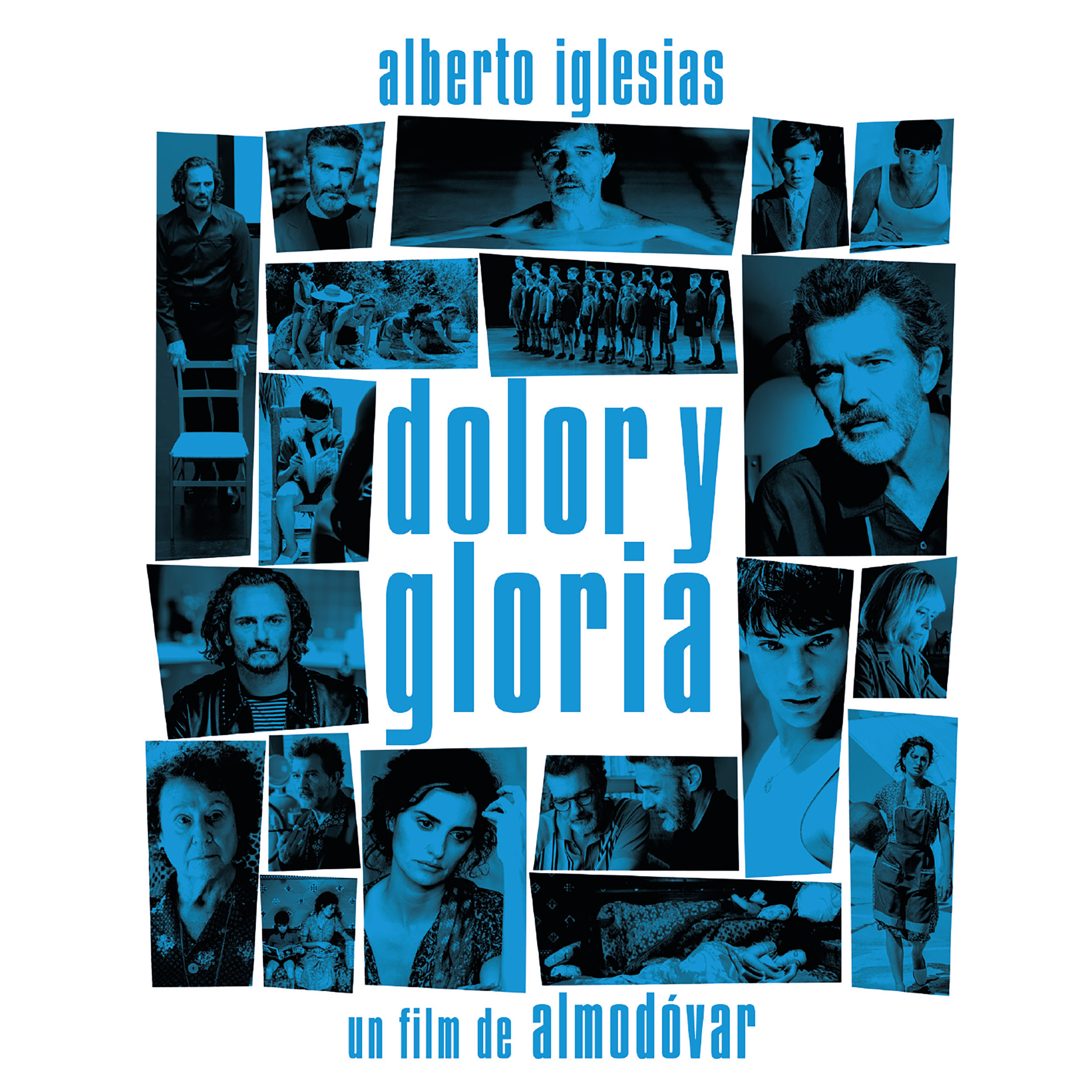 In Dolor y Gloria (Pain & Glory), Pedro Almodóvar creates a fiction around his own life that doesn’t allow the audience to dodge the bullet. It’s one of his most heartfelt movies ever, and it allows Antonio Banderas to deliver the performance of a lifetime. The movie starts with Salvador (Banderas) in a pool, under the water, suspended. And the music of Alberto Iglesias starts playing. It’s one of the best scenes of the year, and a magical moment in which music conveys feeling with unbelievable ease. It’s not the only moment of the film which wouldn’t be the same without the beautiful music that Alberto Iglesias created for it. Disclaimer: If you’re a Spanish-speaker and have not watched the film yet, do your best to avoid reading the track titles! 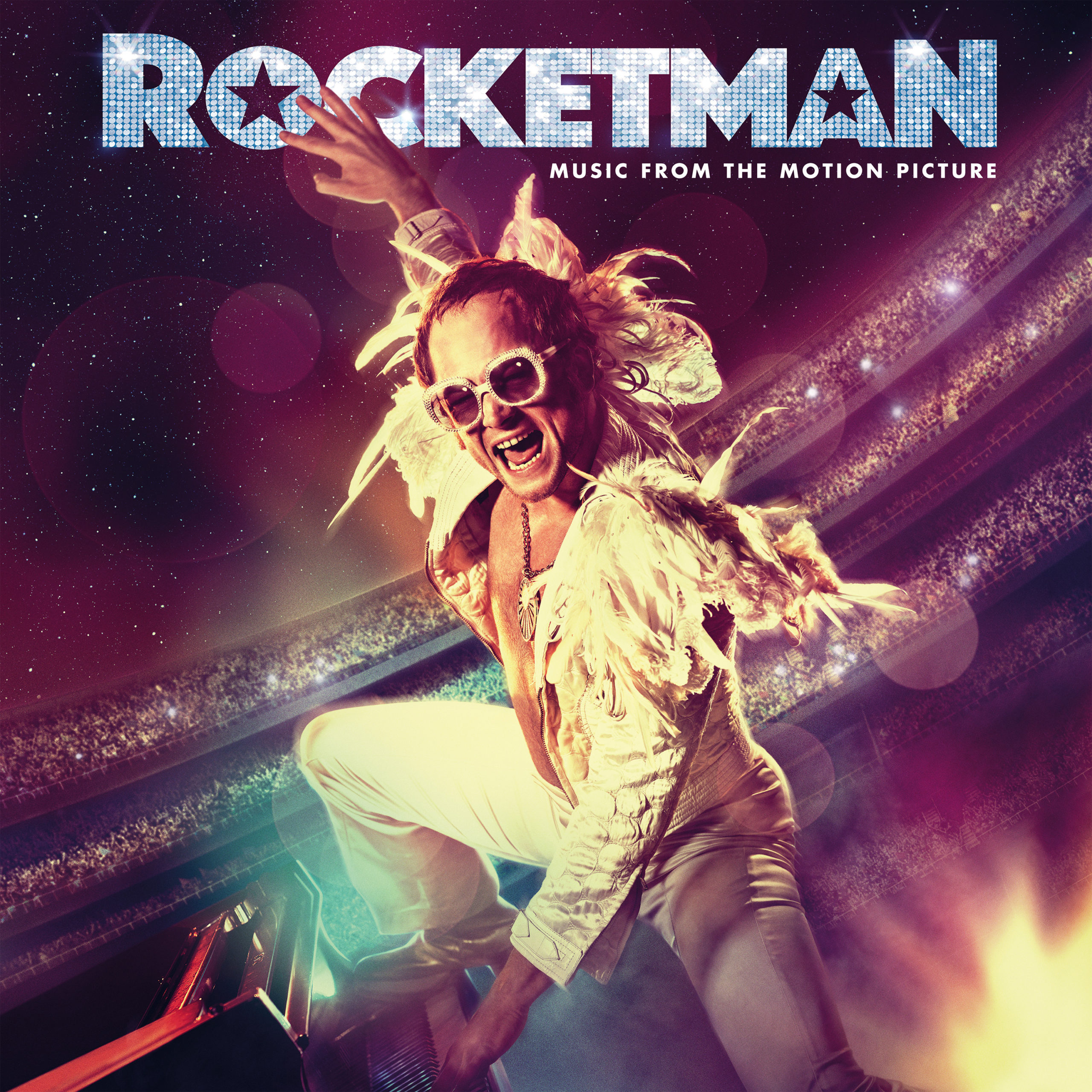 Maybe the most obvious presence on this list, but hey, it’s and Elton John musical! You might be thinking that there are plenty of Elton John compilations… what’s in here for me? The catch is that the songs of Rocketman are sung by Golden Globe winner Taron Egerton, who plays Elton John in the film. It’s a moving and lively tribute to one of the biggest pop stars in history. It may not be for everyone, but if you like your musicals the Andrew Lloyd Webber way, you’re gonna love this one. 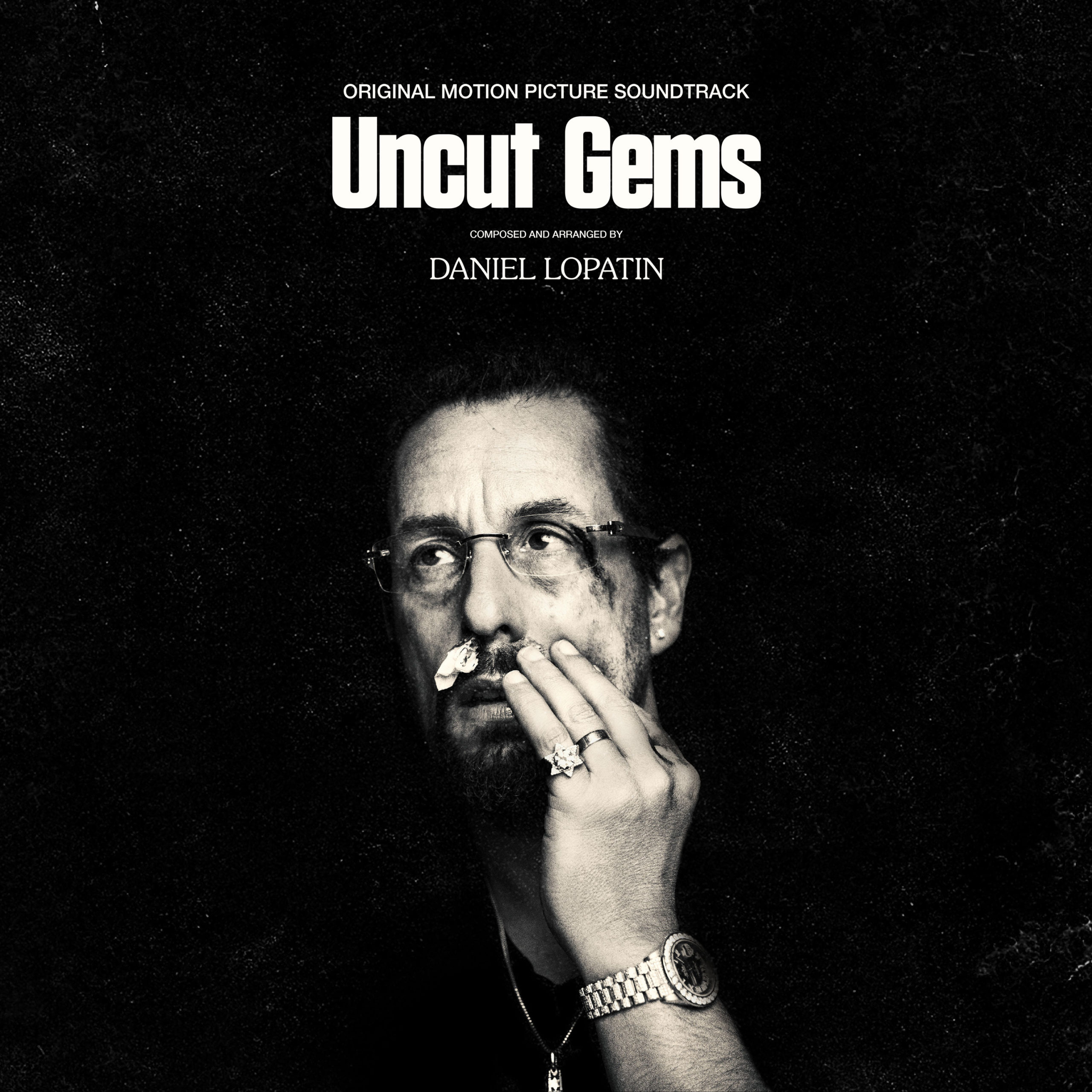 Maybe the Academy’s biggest snub this year was Daniel Lopatin’s (bka Oneohtrix Point Never) original score for Uncut Gems. His music may be some of the most stunning compositions of the year. You probably never expected that a movie starring Adam Sandler as a New York City jeweler could move faster than a Six Flags® roller coaster to the tune of Blade Runner synths and work like clockwork. Just watch this video for Moog he unpacks the process. It’s an unmissable peek into his process, especially for synth aficionados. 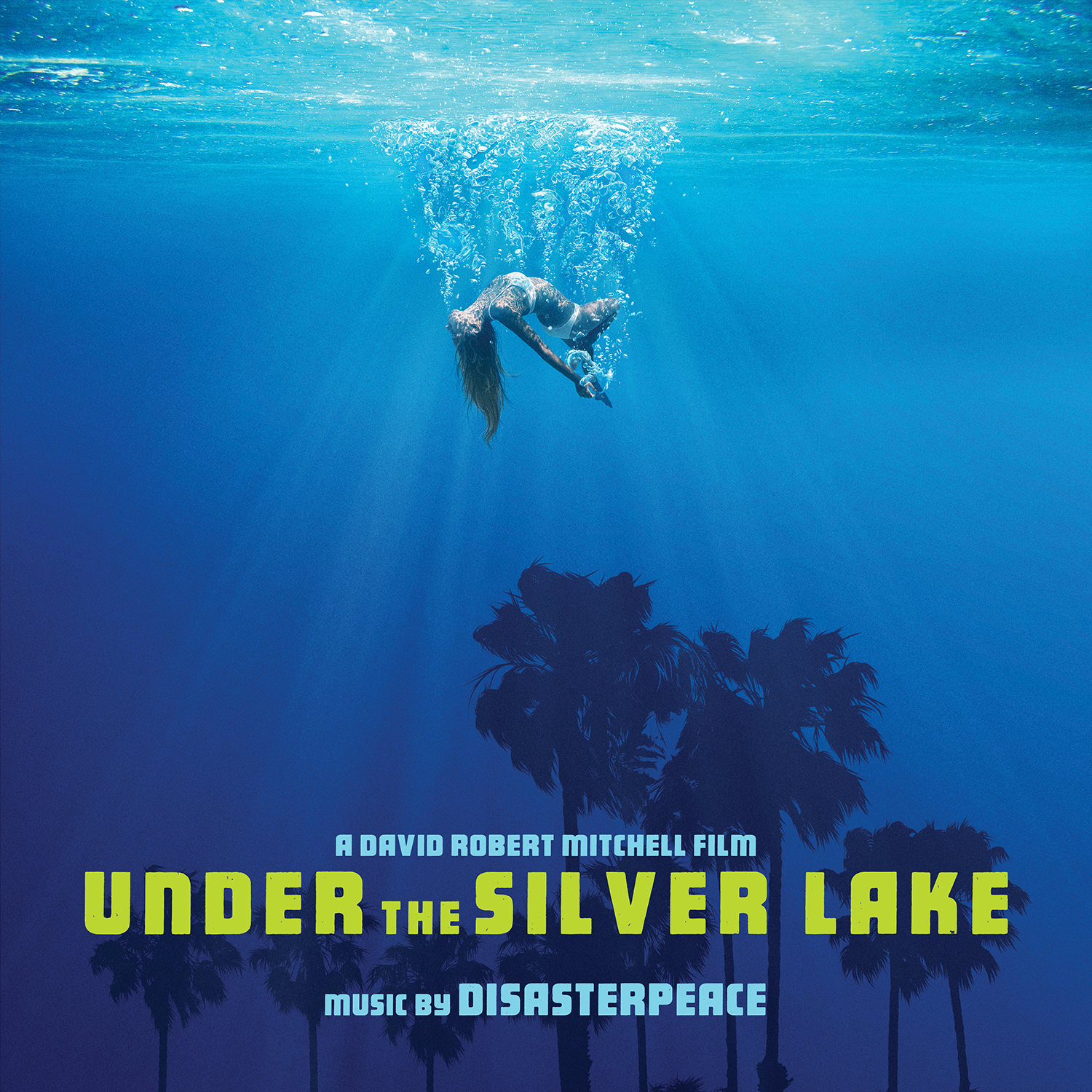 Under The Silver Lake

Under The Silver Lake is director David Robert Mitchell’s neo-noir follow-up to his indie horror sensation It Follows. Starring Andrew Garfield, Under The Silver Lake is a meta trip around Los Angeles, covered in layers of homages and secret handshakes towards classic Hollywood films. Disasterpeace is the moniker of Staten Island’s artist Rich Vreeland. He’s already paired well with Mitchell on the score for It Follows, and sets up a similarly perfect atmosphere for Under The Silver Lake. If you’re a gumshoe in need of soundtrack while you’re on the case, this one won’t let you down. 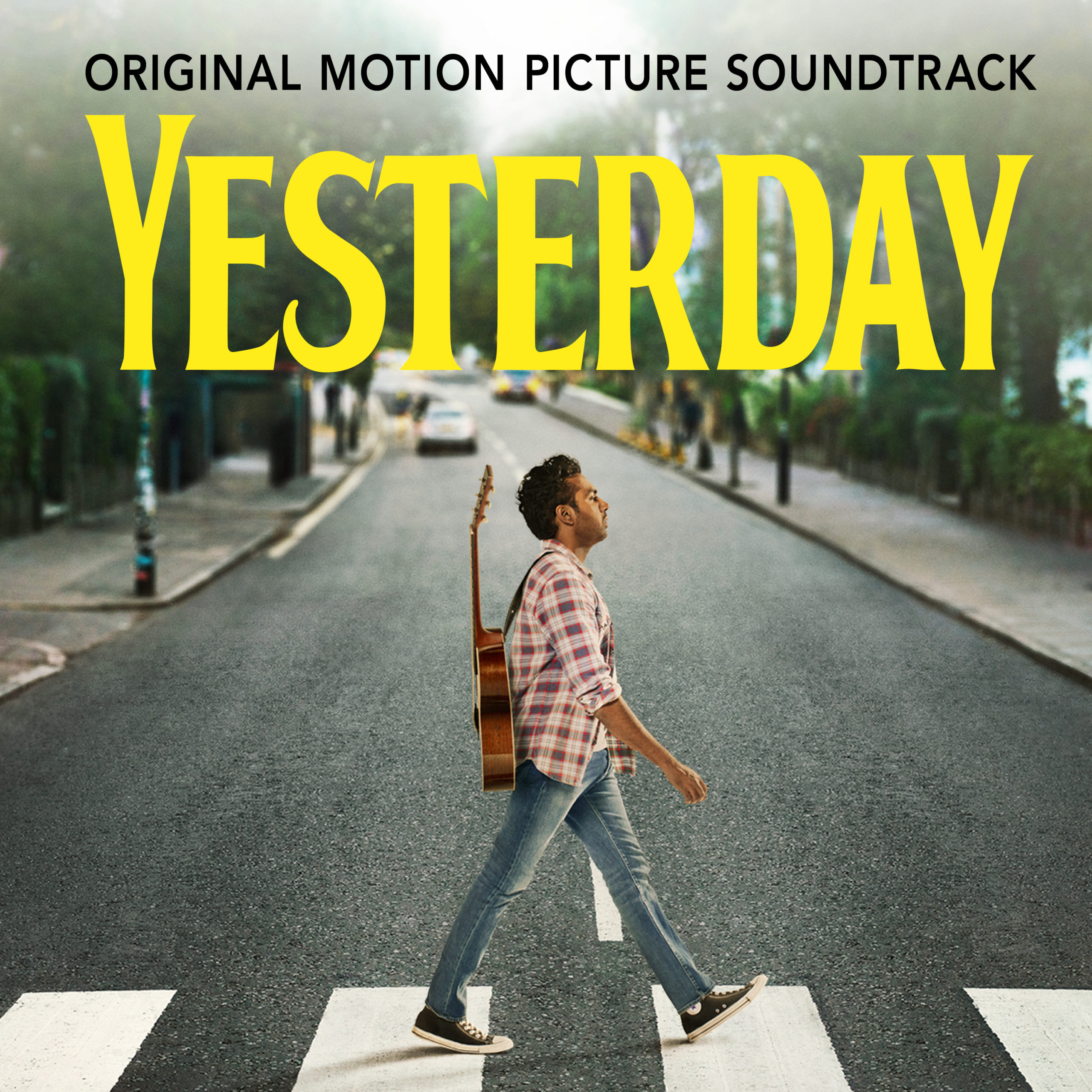 Like Rocketman, the Yesterday soundtrack is a collection of covers. As you could sense from the artwork, the movie focuses on not Elton John, but The Beatles. The goofy, but lovable premise of the film is that a musician (Himesh Patel) realizes one day that everyone, except himself, has forgotten about the Fab Four. Thus, he begins to use their songs for himself. The premise is essentially the soundtrack as well, with Patel covering quite a few Beatles classics with composer Daniel Pemberton who also wrote music for Edward Norton’s Motherless Brooklyn with Wynton Marsalis and Thom Yorke, holding down the score.