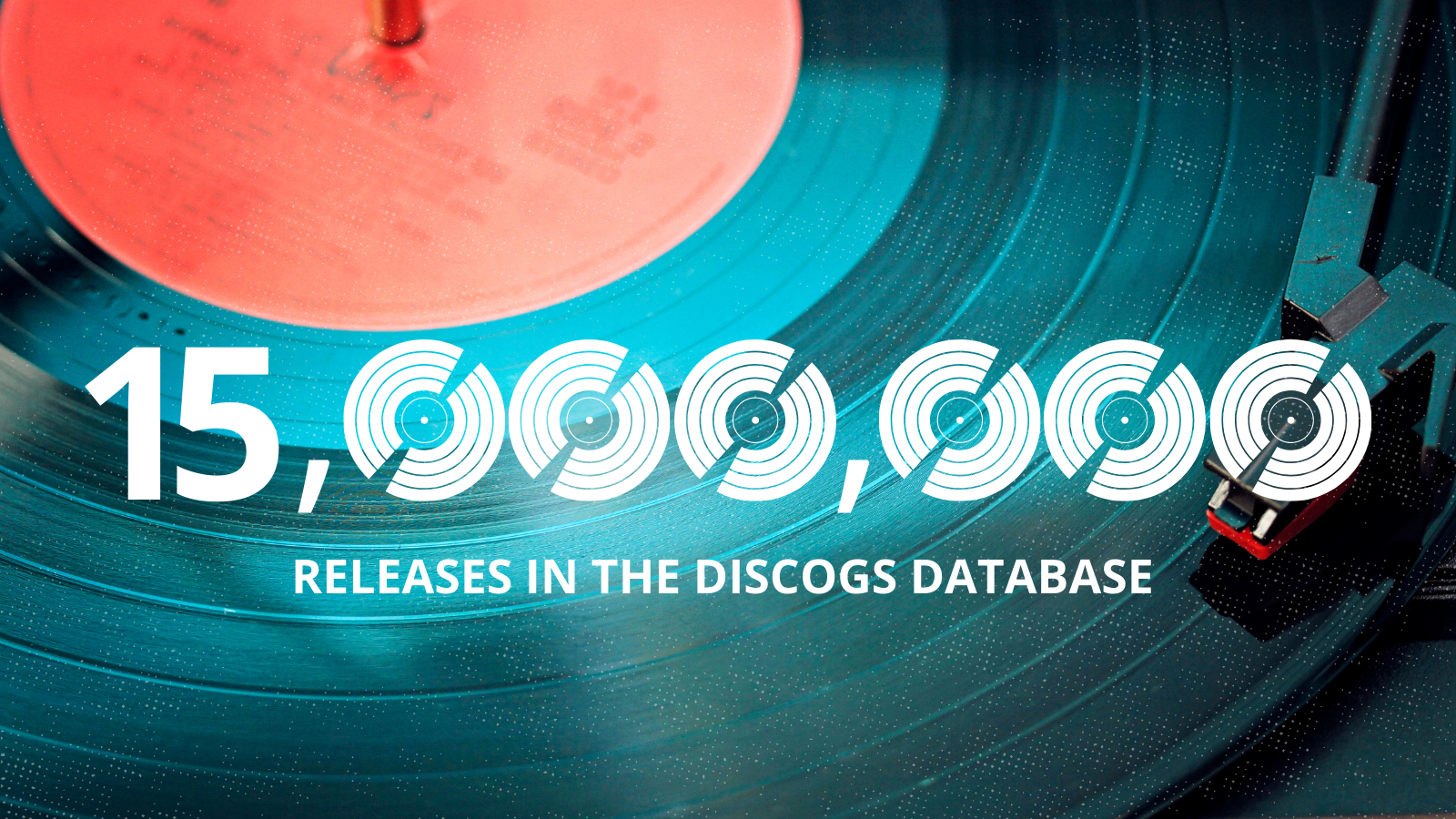 The Discogs Community has reached another milestone. Contributors have added more than 15 million releases to the Database!

This is an extraordinary achievement — but what does that much music actually look like?

After taking a closer look, Discogs determined that getting through all of the genres, styles, and formats represented in the database would require several lifetimes of non-stop listening. Below, you’ll find a breakdown of mind-boggling information that could only come from the world’s largest online music database.

The Overwhelming Amount of Time

How long would it take to listen to every physical release cataloged in the Discogs Database? An exact calculation would be impossible since there are so many variables, but using a few conservative estimates can provide some eye-opening perspectives.

More than 12 million of the releases are on vinyl, CD, or cassette. That’s over 345,522,310 minutes of music, which means it would take 657 years to listen to every release. That’s not including a few million odds and ends (digital files and rare formats) also included in the Database! 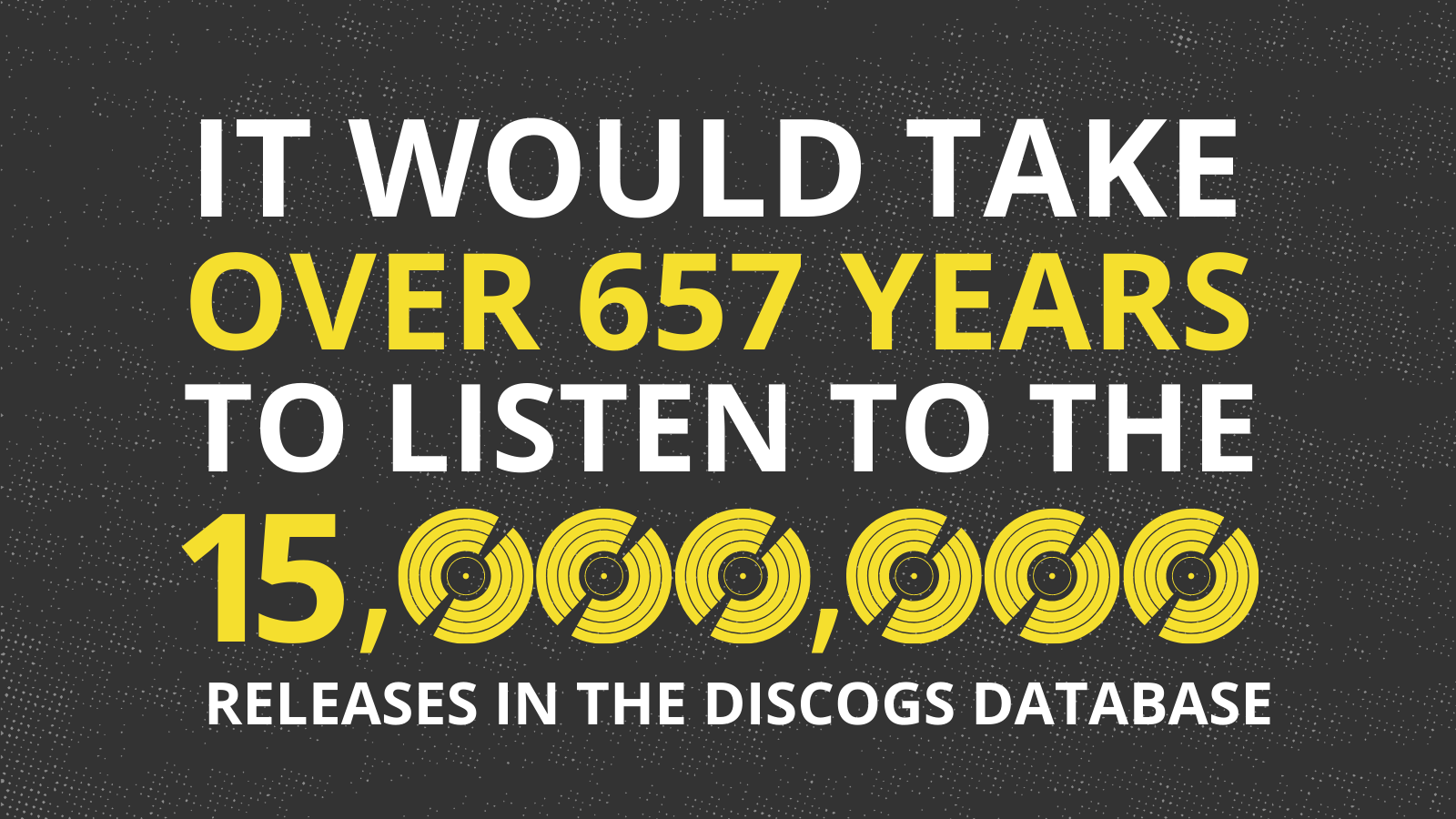 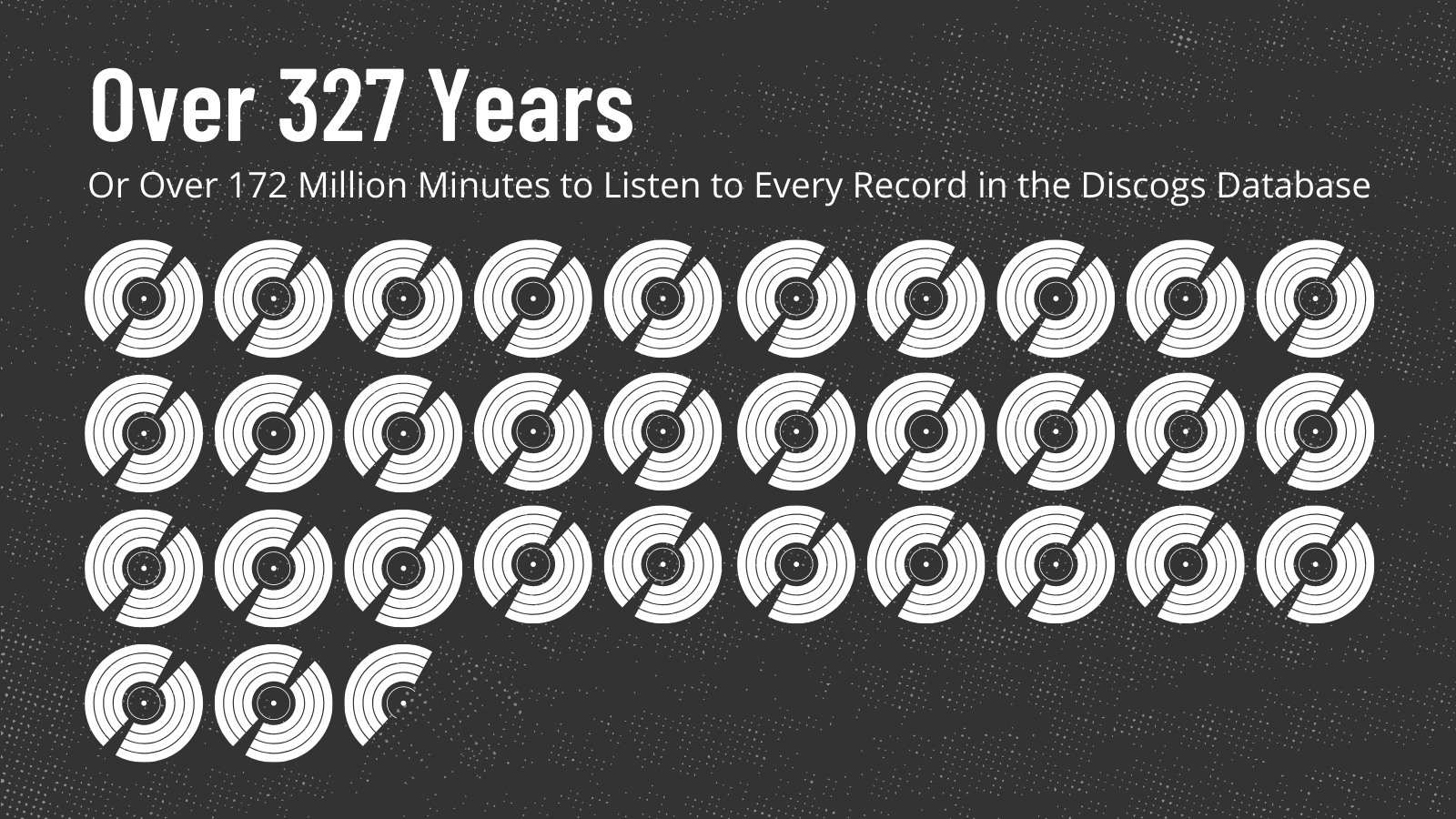 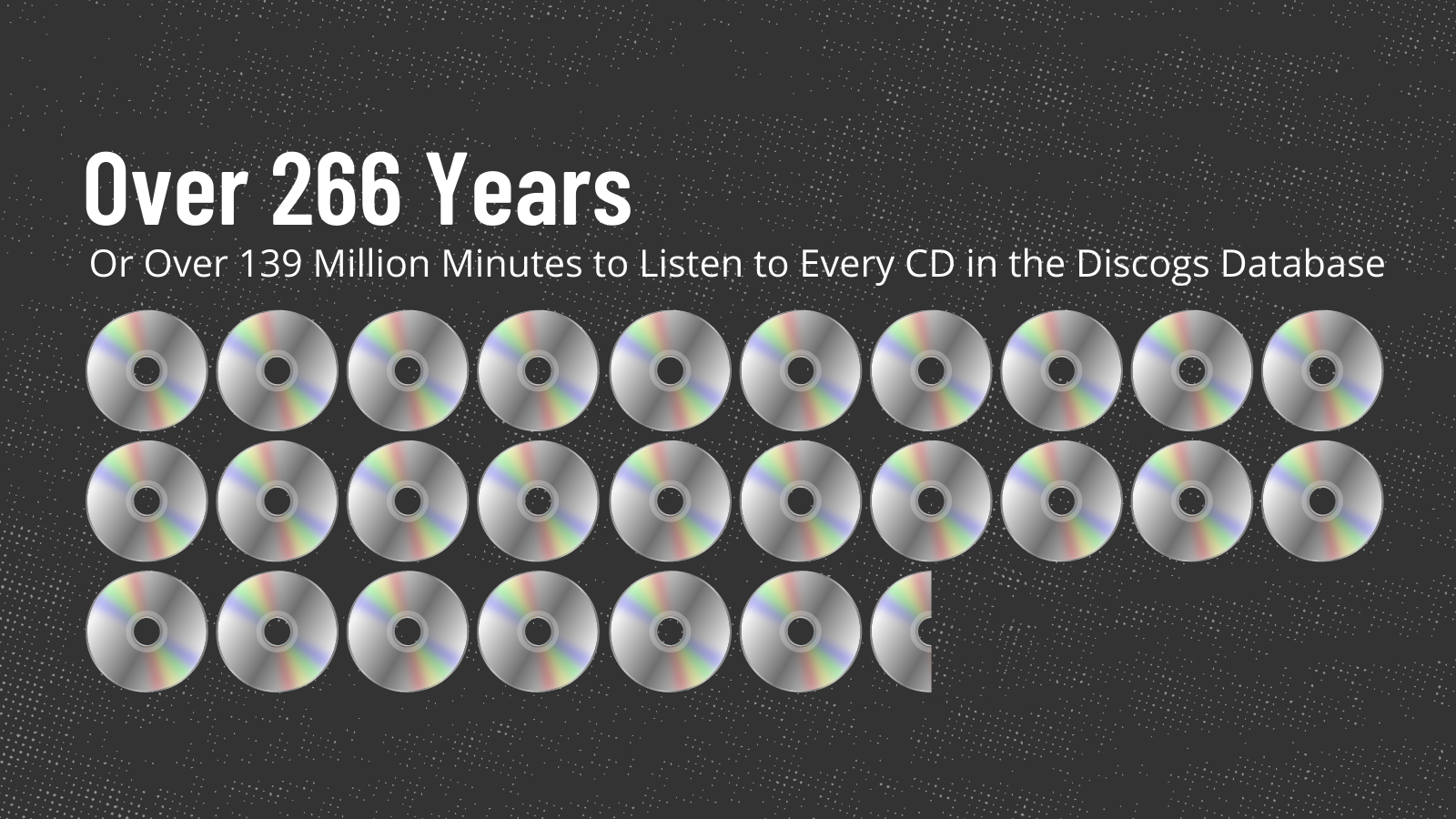 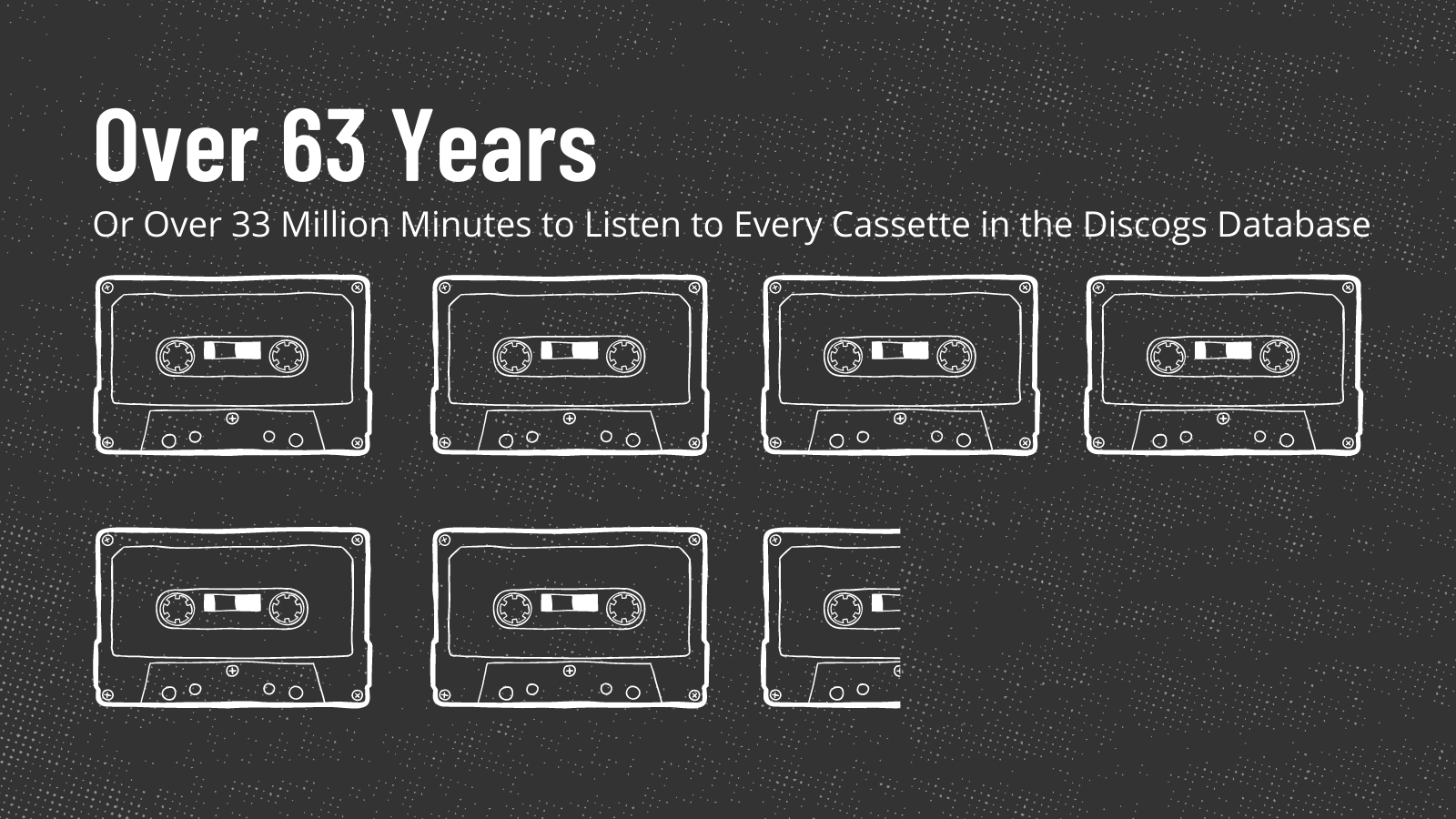 Discogs used the following numbers for these calculations:

Want to calculate how long it would take to listen to your collection? Use this simple formula:

# of each format X average runtimes listed above

The Tangible Reality of Physical Media

Physical formats like vinyl, CDs, and cassettes make up the majority of the releases cataloged in the Discogs database. That many pieces of tangible music would take up a significant amount of physical space. If you laid every cataloged record, CD, and cassette (longways) side by side, they would stretch over 1,528 miles. 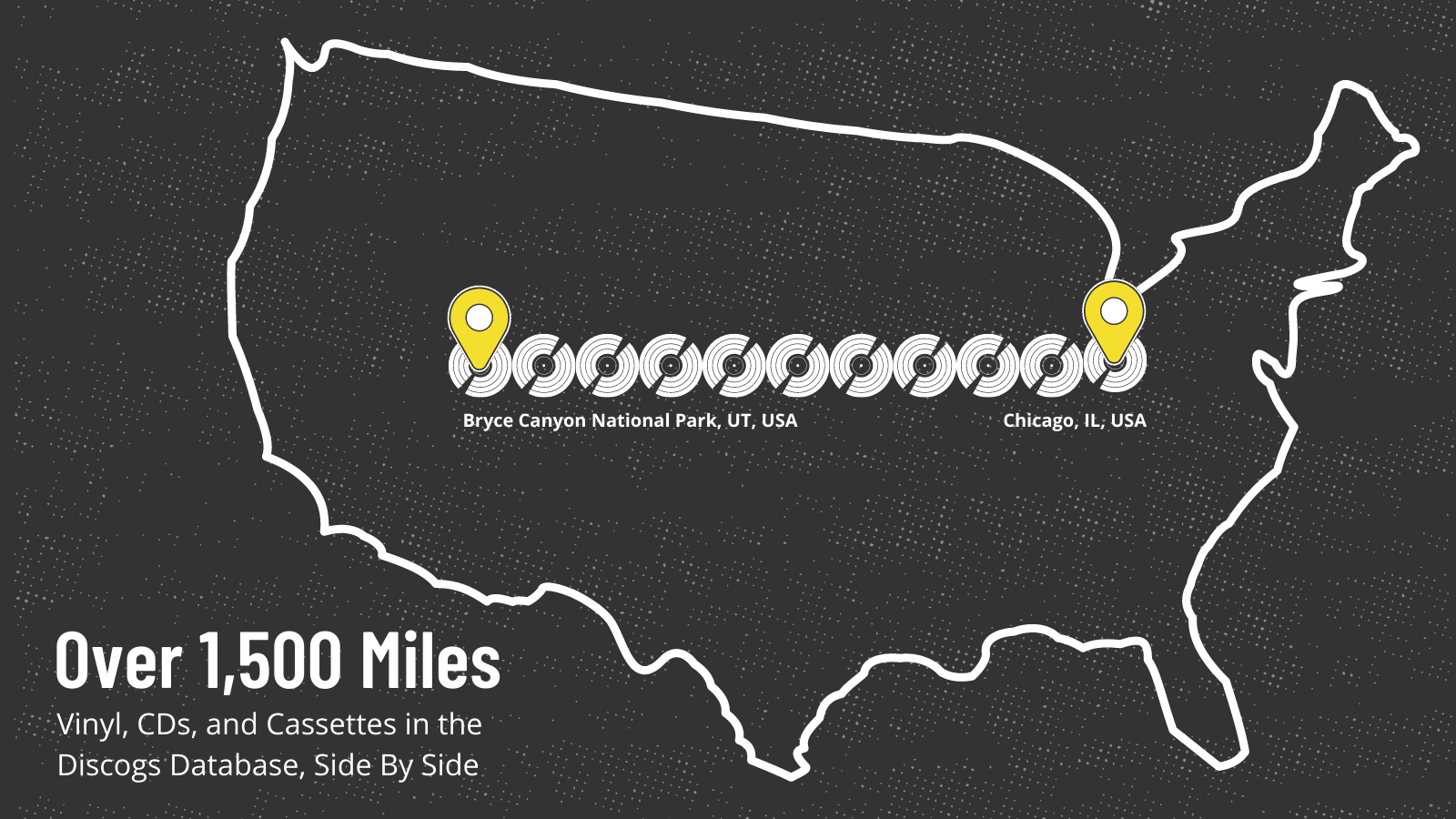 Artists with the Most Releases

Some artists become legendary based on their prolific output and others have beloved releases that have been repressed and reissued over and over again. Based on thousands of interpretations of their compositions, Beethoven, Mozart, Bach, and Tchaikovsky are technically the most cataloged artists in the Database. However, the graph below focuses on artists with their own recorded works. 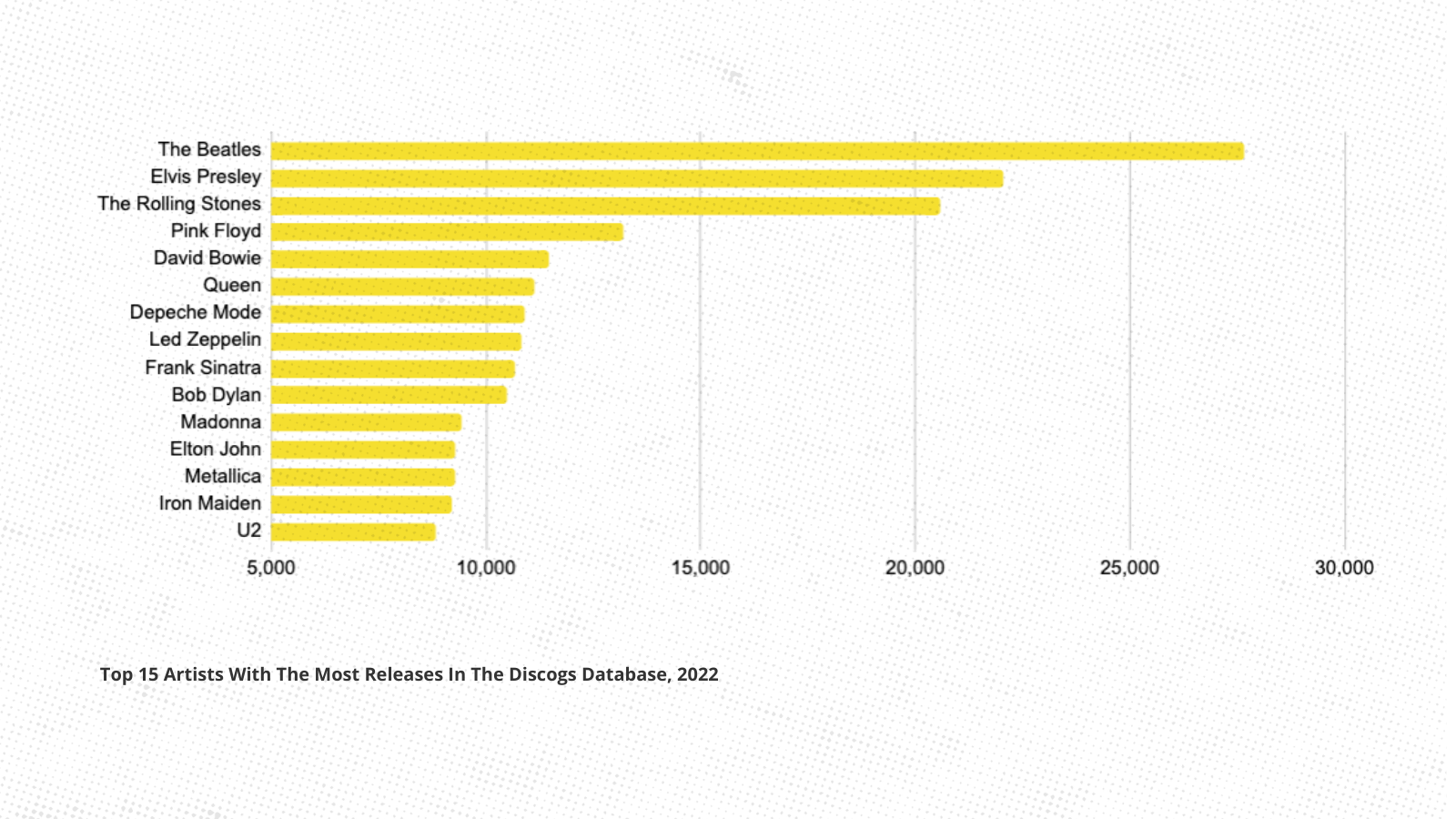 Discogs’ monthly best-selling and most popular lists are a great way to see what collectors are buying, but what are the most cataloged genres? Do they match the most popular titles sold and collected in the database? Let’s find out! 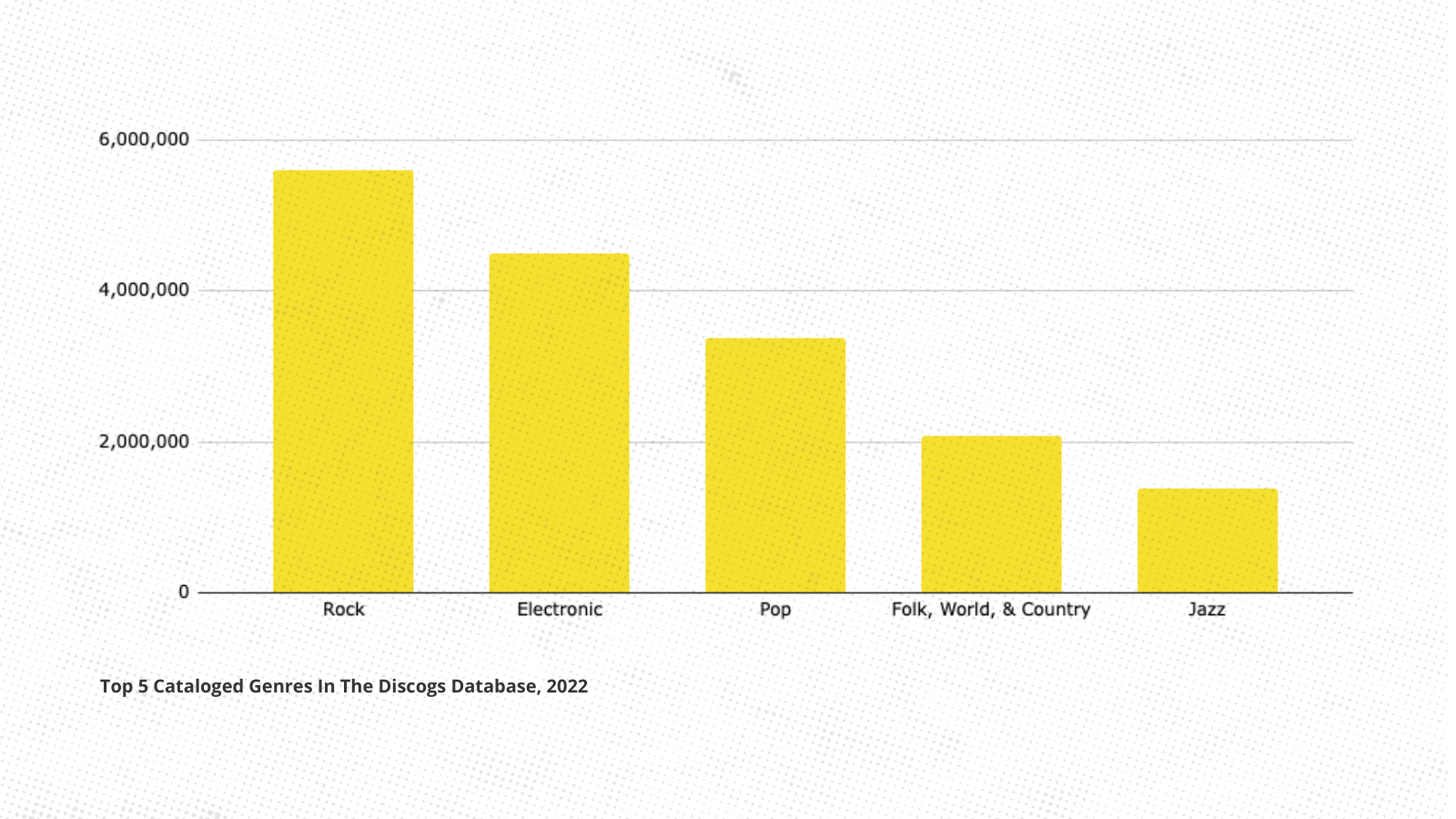 Even with 15 million releases in the Database, there are certain regional music scenes that still need to be completed. Below, you’ll find some of the most underrepresented regions of music. For the sake of this chart, we focused on regions with less than 1,000 cataloged releases.

Note that this graph does not incorporate population size or GDP and is intended as a simplified overview. 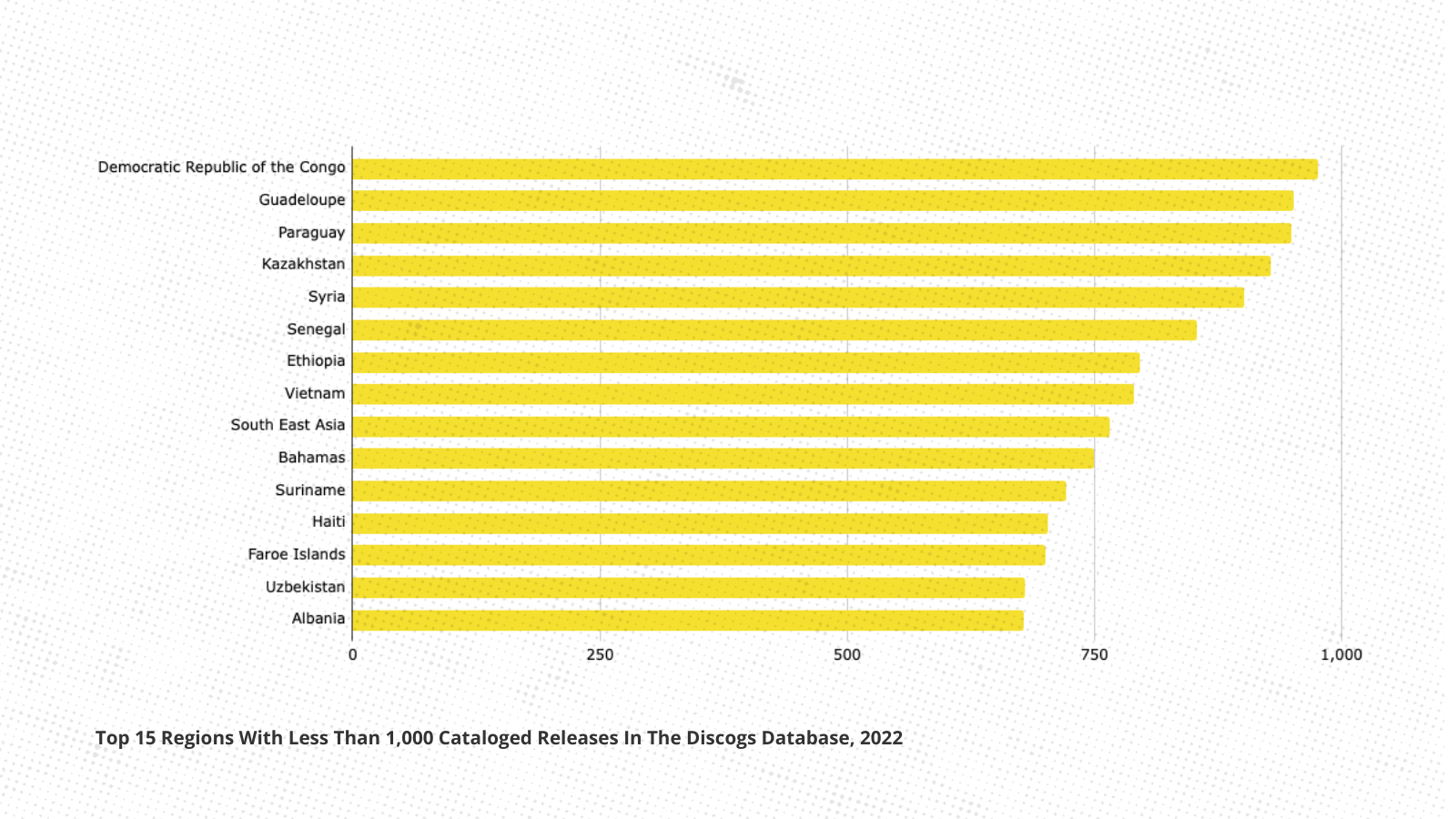 How to Contribute to the Discogs Database

Contribute to the Discogs Database today and help grow these underrepresented regions or add any other releases you see are missing. If you aren’t sure where to start, find instructions for taking your first steps here.