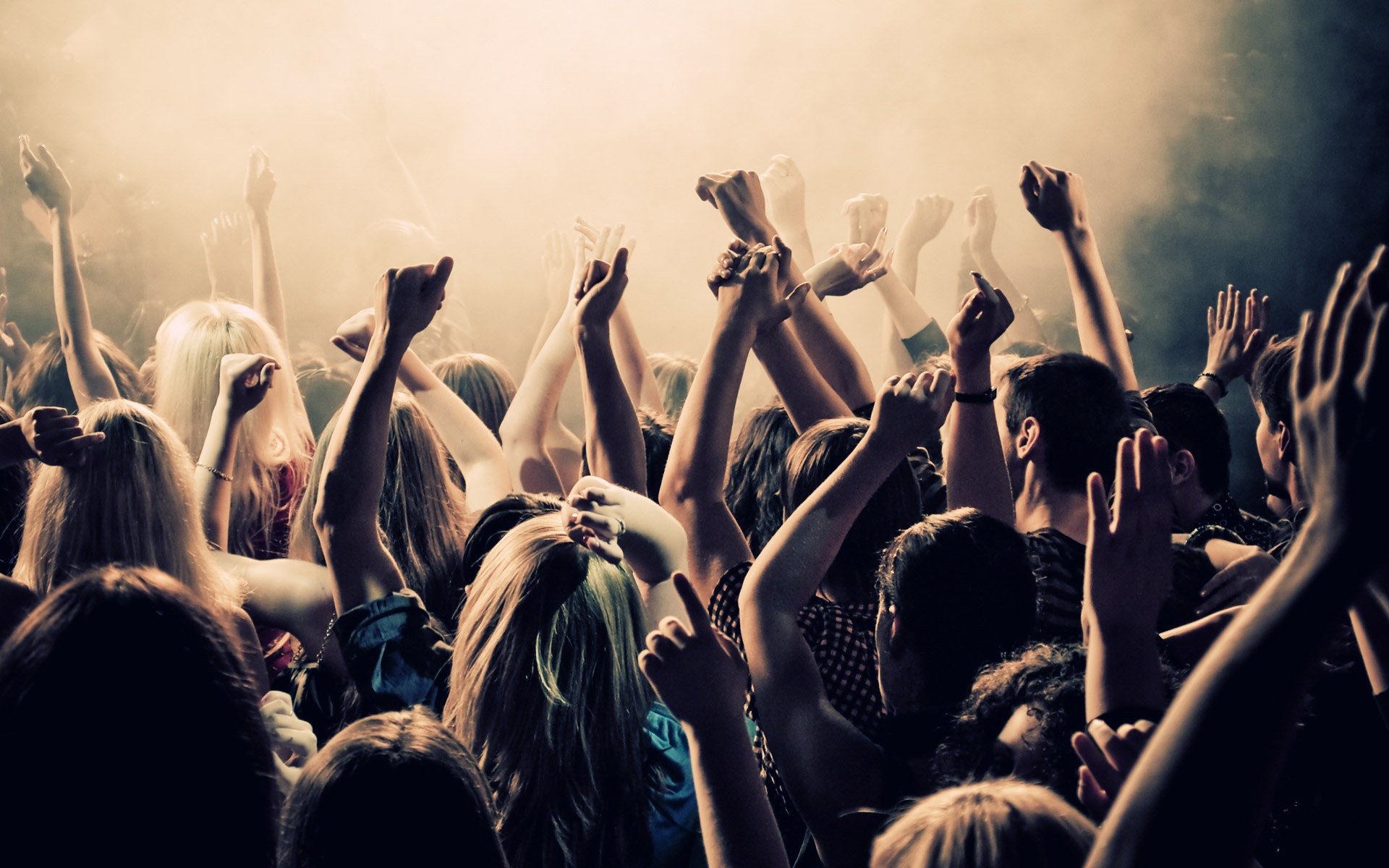 It’s no secret that our staff loves getting out there and doing some field work (well, you know, “work”) at live events. While our music tastes might differ, our love for live music knows no boundaries.

Small talk in our offices always goes like: “How did the concert go?”, “Going tonight to see…?”, “I’ve heard yesterday’s DJ set was bananas”. Full disclosure here: our agendas are tight on gigs and live events on a weekly basis.

Whether seeing live our favorite artists or exploring newbies that will be everywhere in the coming years, we have devoted time and, yep, money to explore different music scenes.

This is what our year has amounted to. Hint: not bad at all. 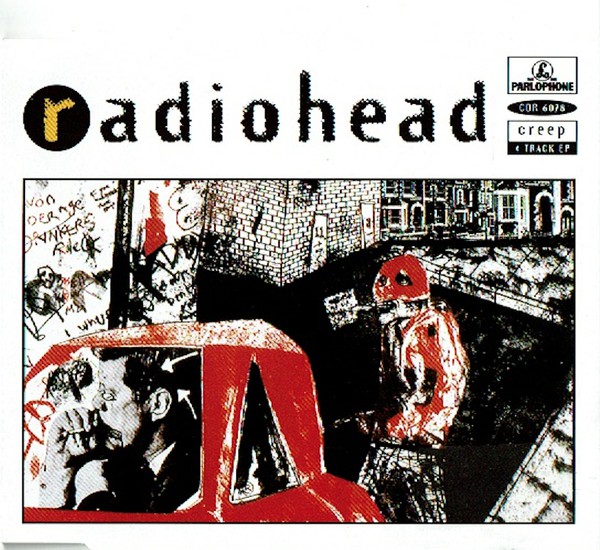 Radiohead. I don’t like arena shows, but this was an exception to the rule. Bonus: catching the show with two great friends who had also been waiting a long time to see Radiohead come to Portland. Double bonus: They closed with “Creep,” punching me right back in time to look my adolescent self in the face and tell him “things turn out ok, kid.” 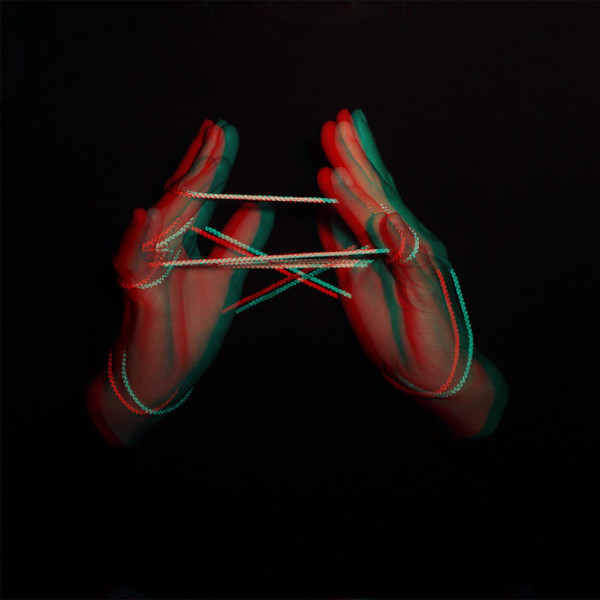 La Luz at Mississippi studios in Portland, Oregon. This all-woman group makes you want to start your own band. Personally, I would be happy just to be their roadie! La Luz’s songs mixes that retro surf sound with a gloomy Pacific Northwest vibe. The entire band is super talented, delivering beautiful vocal harmonies and tight instrumentation. Still, it’s hard not to take your eyes off their lead singer and guitarist Shana Cleveland who shreds on the guitar just like Dick Dale.

Oh, my favourite thing in life, live shows! I have been lucky to have seen this show twice, in April at Roadburn (Tilburg, NL) and a few weeks ago in Le Guess Who? (Utrecht, NL) and both times has been an amazing extra-sensorial and overwhelming experience. Loving both of them separately (The Bug and Earth), the chemistry these guys have together mixing deep Drone riffs with intense Dub tunes is the perfect combination for me. If you have the chance and they happen to have a gig close your city, don’t miss them! 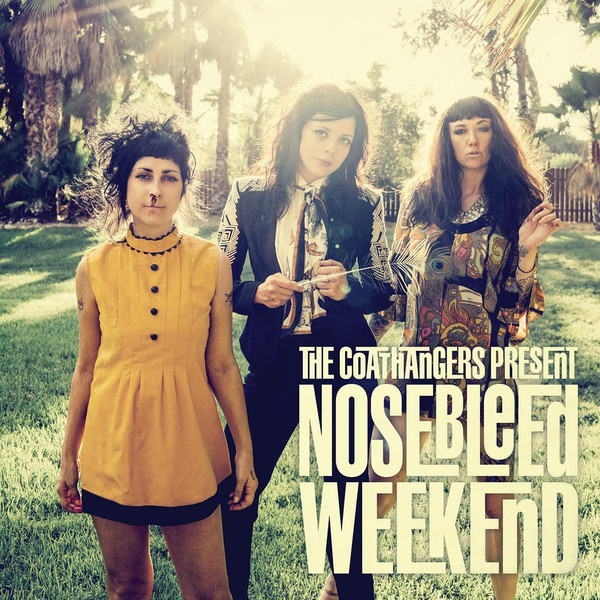 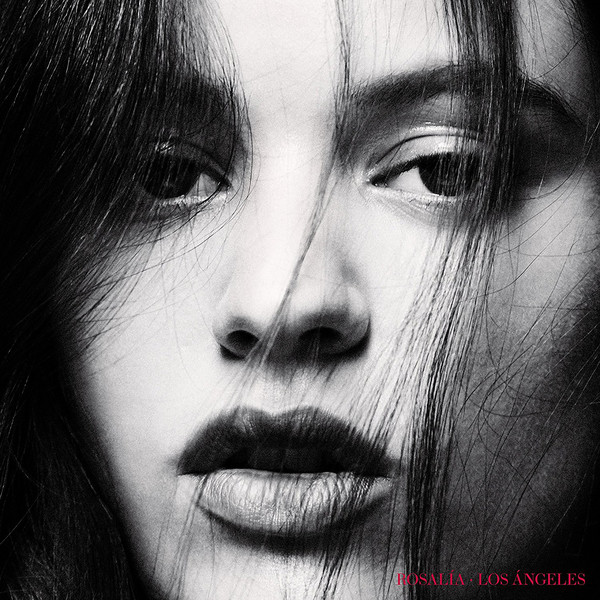 Respecting the unwritten rule of never putting on your Top 1 the same artist two years in a row (yes, LCD Soundsystem were touring this year again and they’re killing it), I will go this time for a Spanish artist whose career might be in her earliest stage but whose performances are absolutely astonishing. I’m speaking about Rosalía, the groundbreaking flamenco sensation everybody’s talking about in Spain. Her performance at the Auditori during Primavera Sound this year was everything you can possibly ask for: intense, heartbreaking, and with such powerful usage of her voice that it almost felt hallucinating. 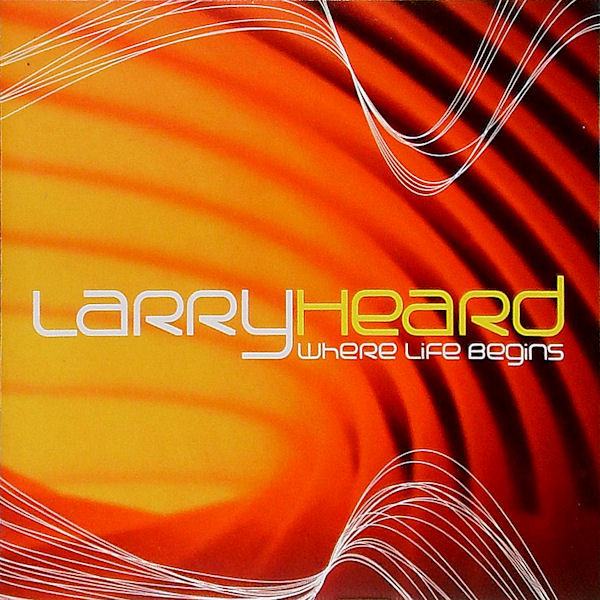 Larry Heard at Dekmantel Festival. So many classics, what a back catalogue. But still it all sounded so fresh. The music spoke for itself, no nonsense delivery, intimate and sincere, a magical hour. 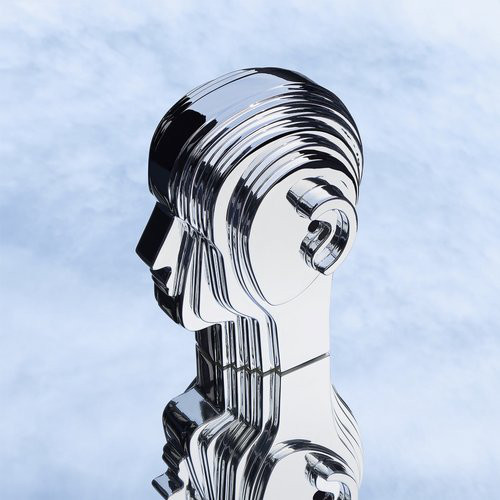 Soulwax at Paradiso was super fun. The songs from the new album are solid, and musically everyone on that stage was an aboslute master. I’m a sucker for double drums. 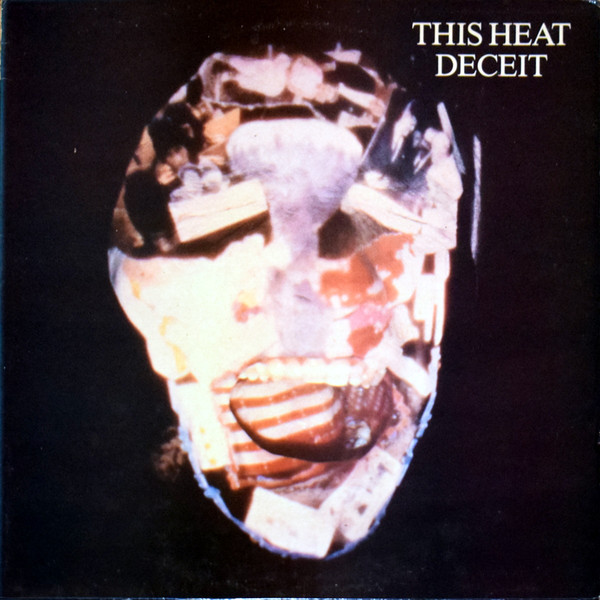 This Is Not This Heat at Rewire 2017. “Deceit” by This Heat is one of my favorite albums of all time, and I love the entire body of work that the three original members have released. By the time I discovered them as a teenager I was sad to learn Gareth Williams had already been dead for a couple of years. The dream of ever seeing This Heat in a live setting seemed impossible. Although missing a key member of the original lineup the ensemble put together by the Charleses Hayward and Bullen performed a fitting tribute to their fallen member. With at least five more musicians they powered through songs from “This Heat“, “Deceit“, “Health & Efficiency” and even some songs that ended up on the Camberwell Now releases. It was a representation of raw musical power and the themes were perfectly apropos to resurface during our current global resurgence of far-right politics that they were fighting during their first go-round. Hopefully their presence will help pass the torch to a new generation. 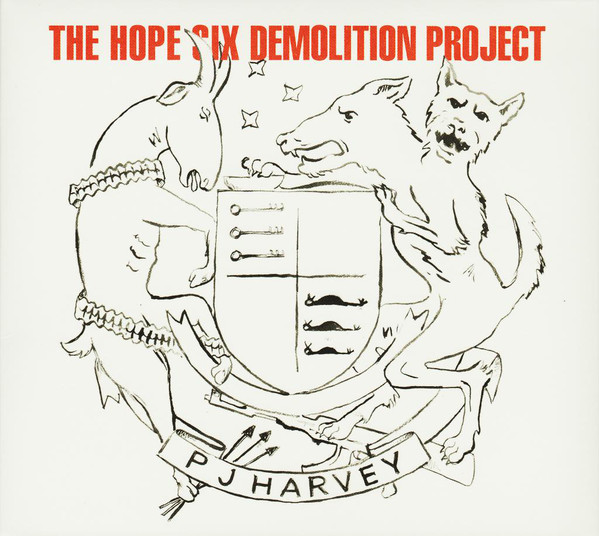 I’ll remember seeing PJ Harvey at the Crystal Ballroom for a long, long time. That group of musicians felt like they were breathing each others’ air. 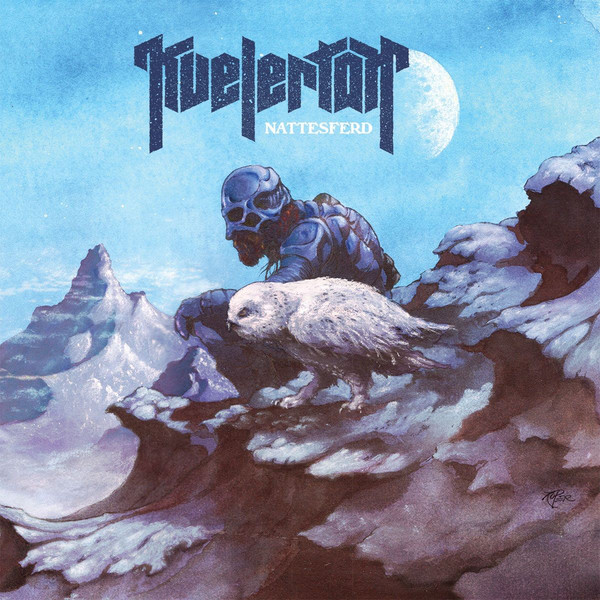 Kvelertak at De Helling, Utrecht. This was just the thing I needed at the right time. Great mix of rock ‘n roll, punk and metal guitar riffs. Awesome energy. 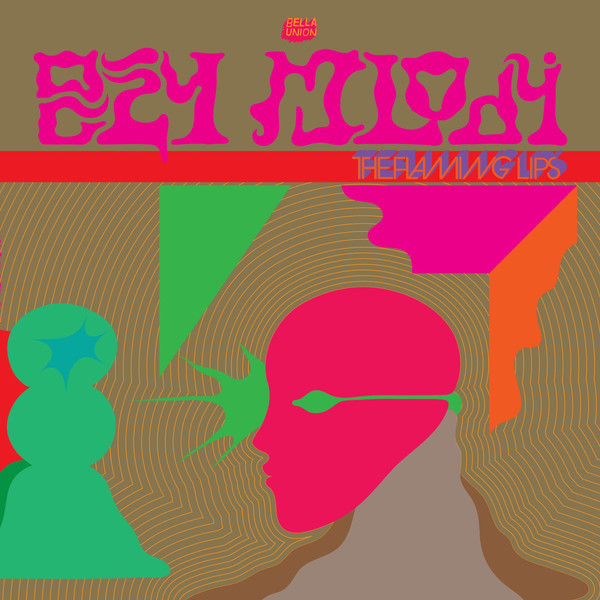 Anyone who saw the Flaming Lips and didn’t put them here is a crazy person. And I saw them in Utrecht with, like, 5 of my colleagues, so I guess I work with crazy people. It was my third time seeing them, so I knew what to expect: confetti, dancing mascots, the bubble, confetti, balloons, confetti, and confetti. I wasn’t expecting Wayne Coyne to come in on a psychedellic unicorn, or a giant balloon that spelled out “Fuck Yeah Utrecht!”, or, really, to enjoy it as much as I did, having seen them twice before. But what more can you ask for from a live show? It’s interactive, it’s energetic, it’s over the top, and it’s…just so freaking happy! Shout out to Broken Social Scene, who put on an incredible extended show at Paradiso, LCD Soundsystem for an unforgettable night in September, and Arcade Fire, who played “Here Comes The Nighttime” at just the right moment while the sun was setting over a shimmering lake at the Beekse Bergen during Best Kept Secret. But The Flaming Lips showed me once again that they are operating on an entirely different level than anyone else when it comes to live shows. 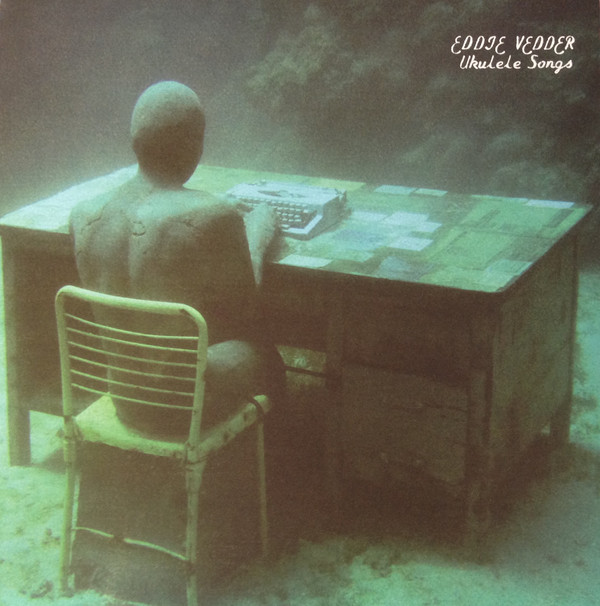 So happy to say that in 2017 I have seen (almost) all my favourite bands performing live, what a lucky gal I am! Not only have I been able to talk to my favourite Italian singer-songwriter (and stealing a kiss from him later ;-), I managed to be right in front of the stage more then once, catch some last-minute tickets to Bon Iver and, the absolutely best, being invited to sit front row at the Eddie Vedder concert – yes, that was definitely the best! We were entering the concert late (stupid traffic jams in Antwerp!!), ready to go sit far up in the balcony, when this guy walks up to us asking if we would “mind” sitting in the front row – central seats! Can you guess our answer? I believe you just did! It was A-M-A-Z-I-N-G: seemed like a private little concert of first Glen Hansard (opening act) and then Eddie! How to top this? Eddie shared his beer with us at the end of his performance – one super lucky day! 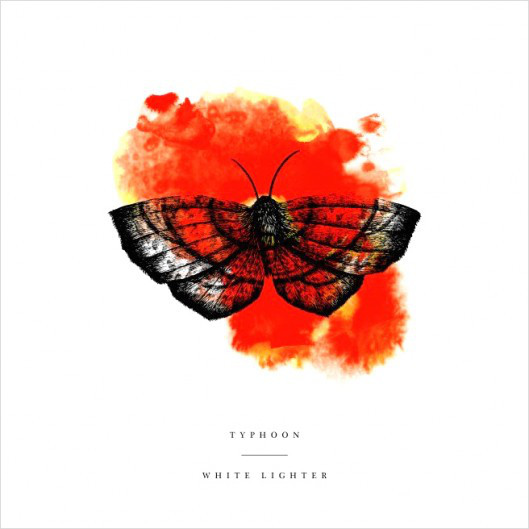 Seeing Typhoon live was amazing! It’s always a blast to see a large ensemble of musicians making music when they so obviously love every minute of being on stage together. 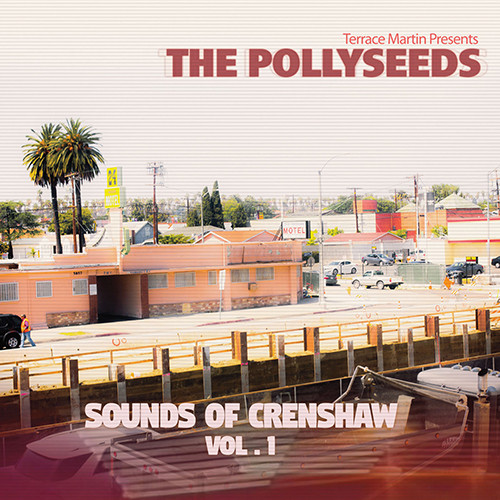 Terrace Martin presents The Pollyseeds at Billboard Osaka, Japan. Since I used to live in LA and am a huge fan of LA Jazz music, I always check his concert. This time, he brought many of his artist friends like Rose Gold, Kiefer (Stones Throw), Trevor Lawrence Jr. (known as a drummer for Dr. Dre) and so on, and they are highly skilled musicians as well as entertainers. Japanese audiences are usually quiet and shy, but Terrace completely rocked the audience and killed it! It was also a good memory that I hung out with some of the band members after the show in Osaka! 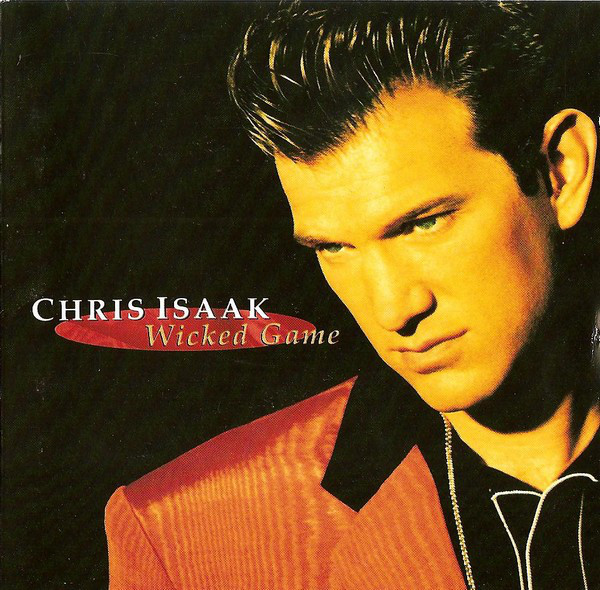 A few of my musical heroes played in The Netherlands this year and I feel very lucky to have seen them play live for the first time: Depeche Mode, Brian Setzer, Brian Wilson, Van Morrisson. All of them exceeded my expectations, but my favorite performance was by Chris Isaak. I’ve been a fan since “Wicked Game” and “Blue Hotel” were hits in the early 90s, his “Wicked Game” compilation was one of the first CDs I ever bought (so at constant rotation) and I had hoped to see him play live one day ever since. His voice is still incredible! 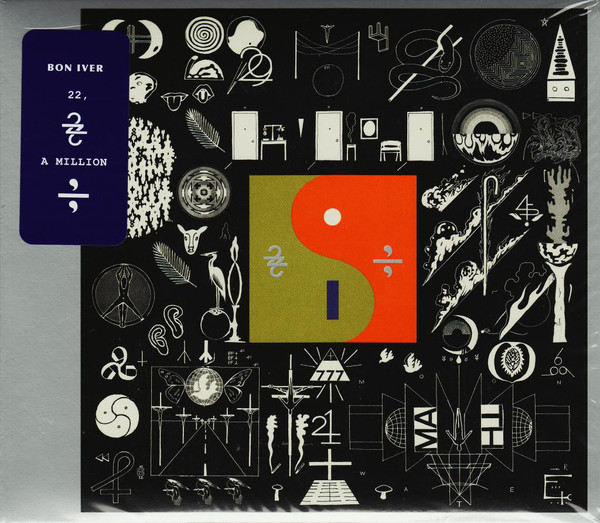 I have a tie. Both happened at The Louisville Palace. 13 June – Sigur Rós and 01 November – Bon Iver. Both performances left me overwhelmed by the power both artists wielded over their audience’s emotions and attention. Neither concert had the field of phone screens shining in the audience; neither concert had that annoying group of people in the back yapping about nonsense leaving you wondering why they even shelled out $50 to rehash their workplace drama. I walked away from both performances a bigger fan than when I entered the room… and a few dollars lighter in the wallet picking up wax after each as well. 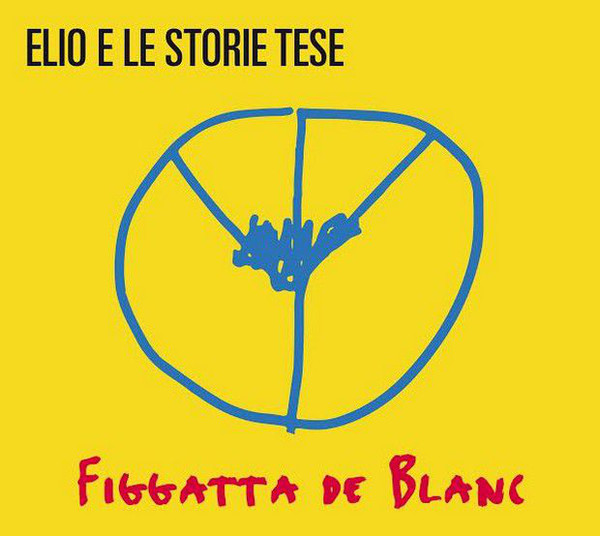 Elio E Le Storie Tese in Melkweg, Amsterdam. I love this band: funny lyrics and they are all great musicians. I have seen them live many times, but his concert was more intimate, as they are only known in Italy. So, a different and great experience. Months after the concert, they announced their disbandment, so I was just in time! 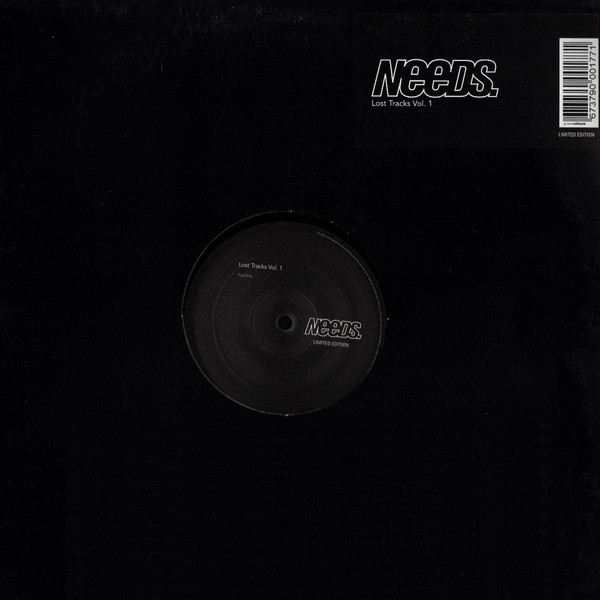 I would have put Cotonete but I already talked about them! Let’s therefore dive into a different genre with this german band Needs lead by Lars Bartkuhn and his brother. Crazy alliance of synths, programmed drums, guitar, programmed basslines and real drumming. Between house, jazz, funk with a very detroit approach to it, the band never misses! Killer riffs and basslines, surrounded by spacey vocals and synths. Fully recommended! 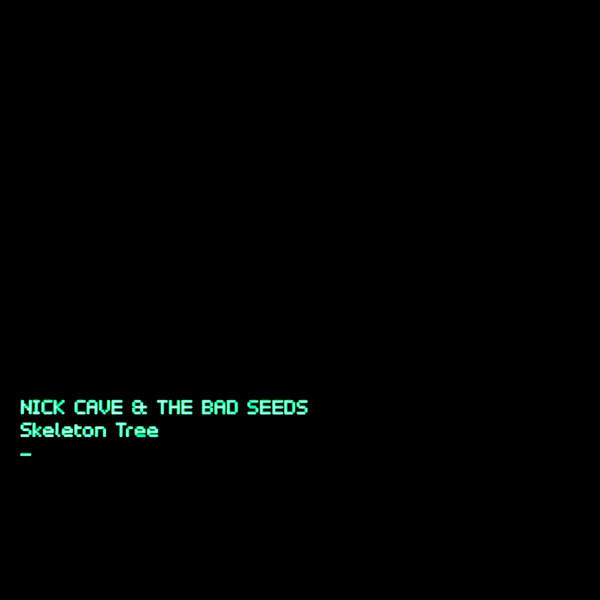 Favorite live performance has to be seeing Nick Cave at the Auditorium Theater here in Chicago. He’s one of my all time favorites so it was a special treat. The guy has such presence on stage and he had the entire place eating out of the palm of his hand. It was worth the price of admission for Tupelo alone. 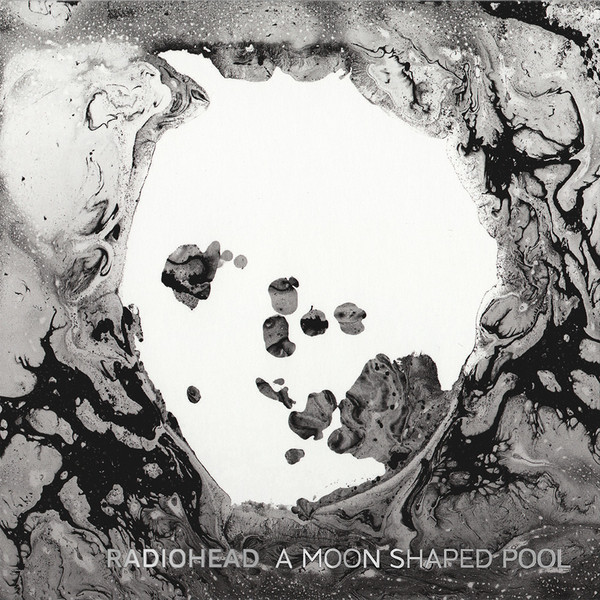 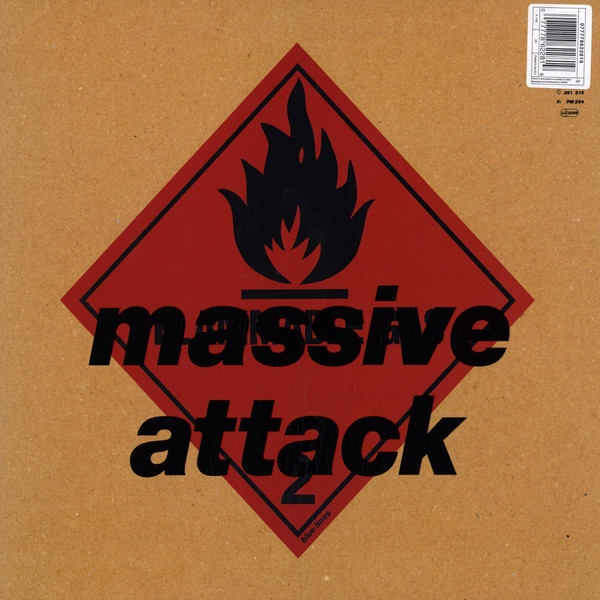 Massive Attack at Toyosu Pit, Tokyo. More than 5 years had past since I last saw their show. I enjoyed their great performace, symphonic electro & melancoholic soul, good setlist, and great digital wall- felt a bit over the top though. 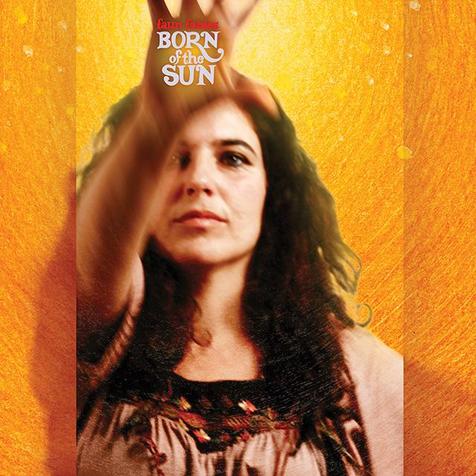 Faun Fables at Tonic Lounge, Portland OR. Easily one of my favorite groups to see live, totally different every time. I was a big fan of Nils Frykdahl’s previous work in Sleepytime Gorilla Museum, but watching him play spooky avant-folk tunes with longtime partner Dawn McCarthy takes the cake. Dawn’s voice is so incredible to experience, the albums just don’t do it justice. Both members often playing multiple instruments per song which makes the live show even more engaging. 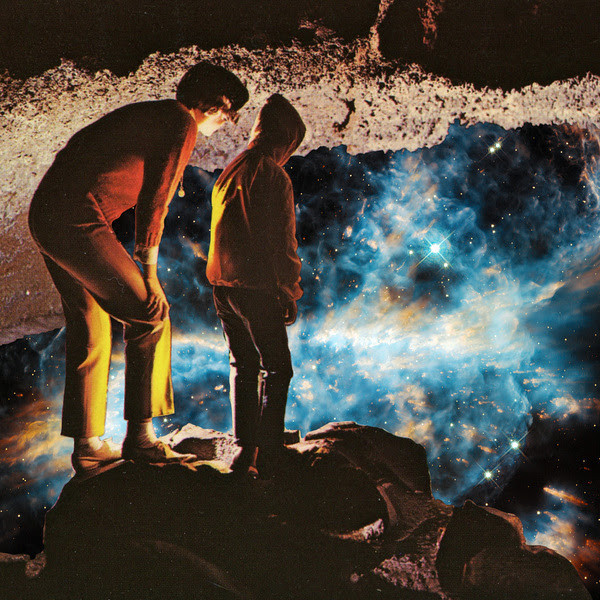 Highly Suspect at Bottlerock Music Festival in Napa Valley. As a trio, I was impressed with the fullness of sound, talent and the extraodinary on stage pressence. They clearly love to play music together and it really comes through to the audience. 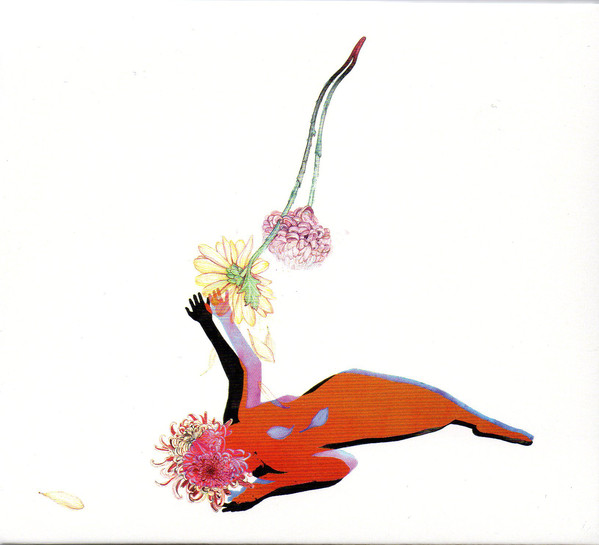 During the past year I moved from my home and native country Sweden to Luxembourg, and my first concert here was in September at Den Atelier to see Future Islands. I’ve been a fan of theirs for years but this was the first time catching them live and it was a great experience. The set was a very nice mix of old and new songs, and overall it was a wonderful performance. Afterwards I picked up the (great) album "The Far Field" and the (great) tour poster as well.