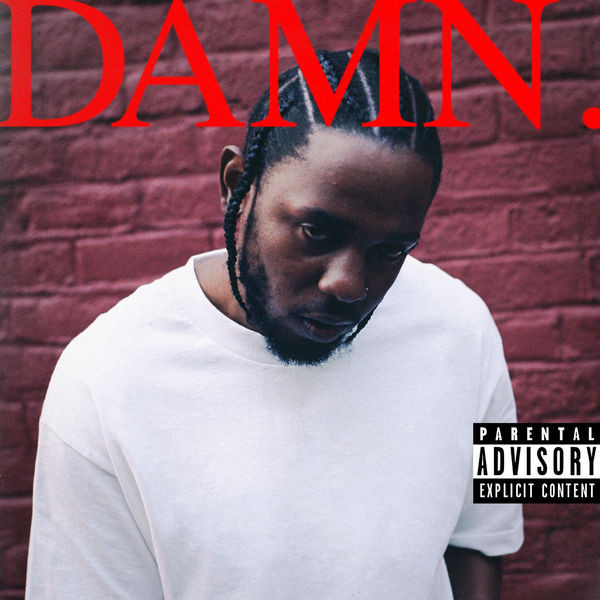 2017 has been hard to process: for many a melodrama (if not a drama), for many a year to test our capacity and our self-control. A science-fiction tale full of heroes and villains. Some would say we are witnessing the death of the American dream, some would say the dream was buried many years ago.

But nevermind, culture (especially music) has provided us with a deeper understanding and rest, an oasis of common sense. And, damn, it has also given us more life and provided the frame for a utopia. No need to take a rocket to another planet, we can still find pleasure in this world. Our ability to feel lust for life won’t be taken away that easily.

Where are we going in 2018? We don’t know yet, but you’re invited to this party: let’s get drunk listening to the best records of 2017! 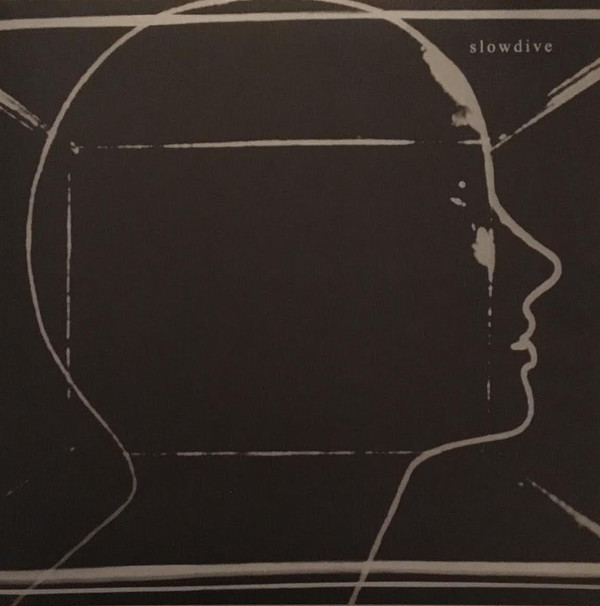 Slowdive’s self-titled new record has been in permanent rotation for me since it came out. After a 22-year hiatius, the band hasn’t missed a step (and if anything, this album sounds tighter and more polished than earlier work). I’ve loved a lot of records this year, but this is the only one that still sounds completely new to me every time I listen to it. Think I’ll go put it on again now. 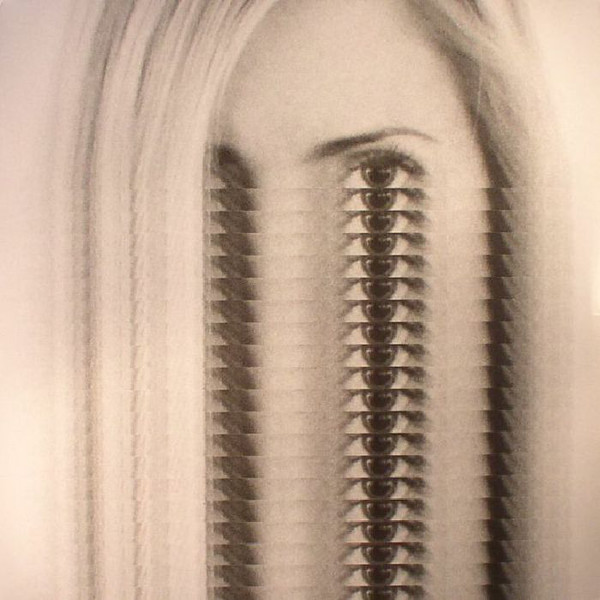 Ellen Allien – Nost. This was the perfect album to get me psyched for my trip to Berlin this year. I was so bummed to find out that I had just missed her perform there the previous week. 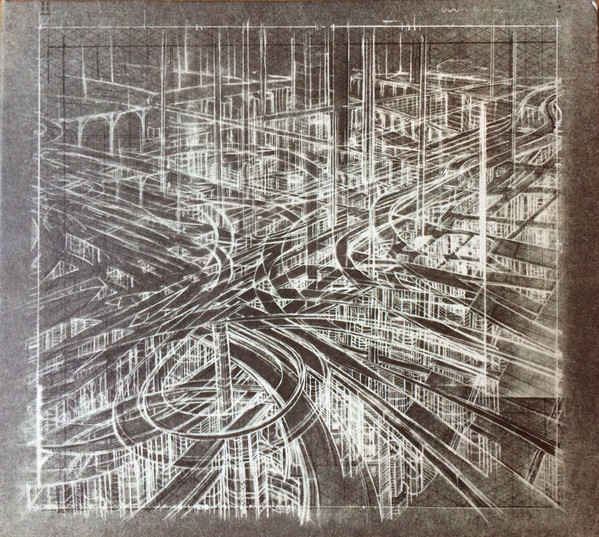 As I mentioned in the previous “staff picks”, my favourite show involved these two great artists joining forces together, Dylan Carlson from Earth and The Bug. While the result live has been stunning, the album release is amazing as well. I could not helped, I went to get a specific EP at the record store and then I saw it <3 I did not even check which release was it or the extras, I simply said to myself “Fuck it, I love this album! I need this in my Collection!” and so I bought it. To my surprise, I came home and immediately when to the record player and unpacked it, it was when I realised the records were marbled white and marbled grey!   Could this get even better? Yes, it did, it includes a 12″ bonus featuring Justin Broadrick who has amazing projects like JK Flesh and bands like Godflesh or Jesu; which I am super excited to see in Roadburn 2018 together with Kevin Martin aka The Bug and as Godflesh.   I am so lucky for both, being able to see them this year twice and next year with different projects, and for owning this amazing and colourful record. Play this in your record player and let is this drone dub consume you! 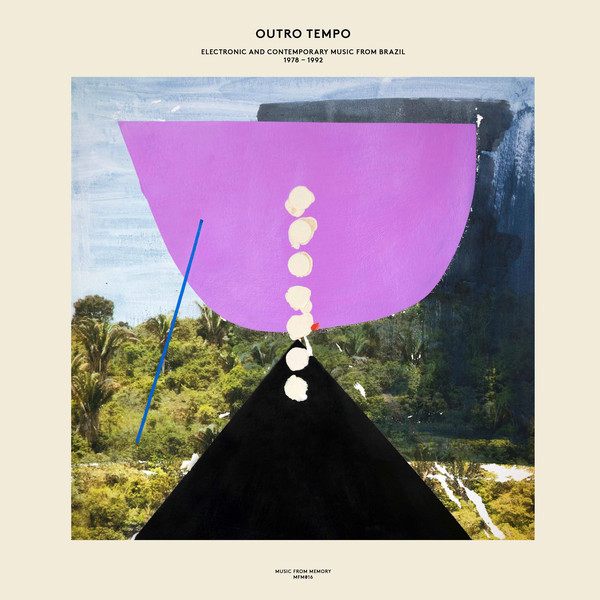 I love most releases from the Dutch label Music From Memory but this release of various Brazlian tracks I really enjoyed! 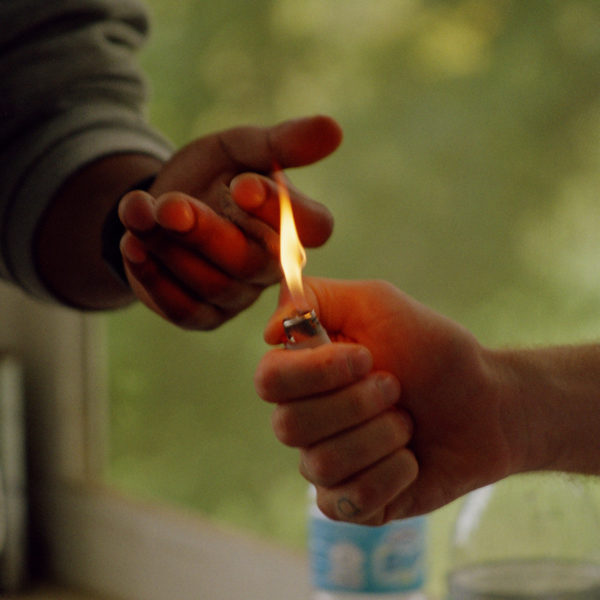 A lot has been written through the year about the chilling if not paralyzing effects 2017 has had. I will always remember the year we’re about to leave behind as a year full of noise, confusion, aggression, and insanity. Maybe because of that, this has been a big year for ambient. The need for a mental space where we can take shelter from reality is where ‘Mono No Aware‘, the compilation of ambient tracks curated by PAN, has been crucial. Apart from the philosophical and sociological reasons behind my choice, ‘Mono No Aware‘ has also been a great introduction to a good bunch of artists who deserve (and surely will get) more attention. 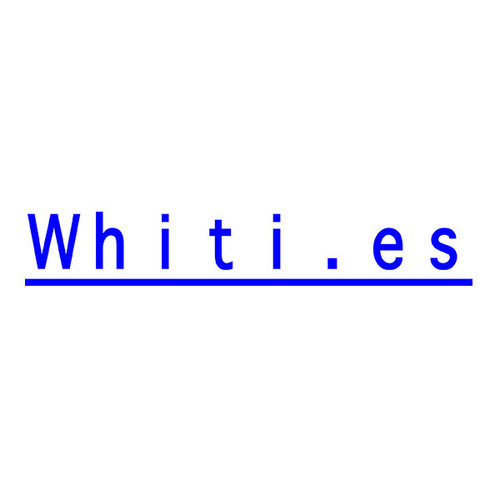 Going to cheat and pick a label here instead of a single release. An incredible year for Nic Tasker’s Whities, going from strength to strength with varied but consistently quality output. Experimental electronica from Jules Venturini, Lanark Artefax and Coby Sey, screwface inducing bass distortions from Minor Science and trance-y techno anthems from Avalon Emerson. Label of the year, no doubt. 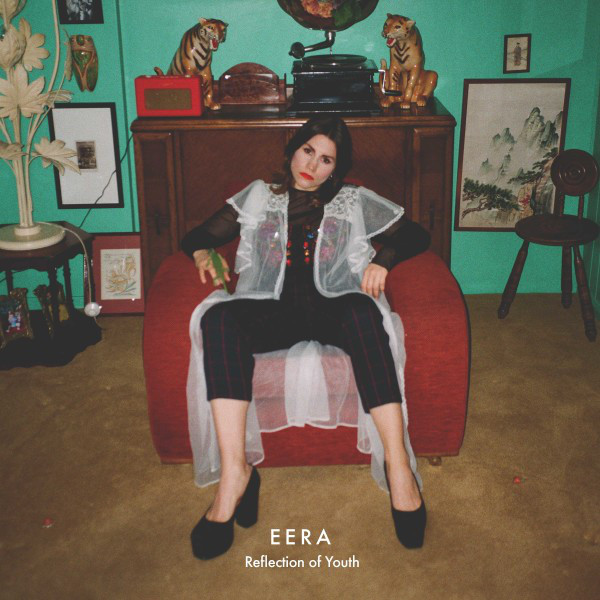 This is basically everything I look for in an album. Kind of dark, kind of sad, kind of uplifting, coming together to equal more than the sum of its parts. It’s a formiddable debut, and I can’t wait to see how she evolves. 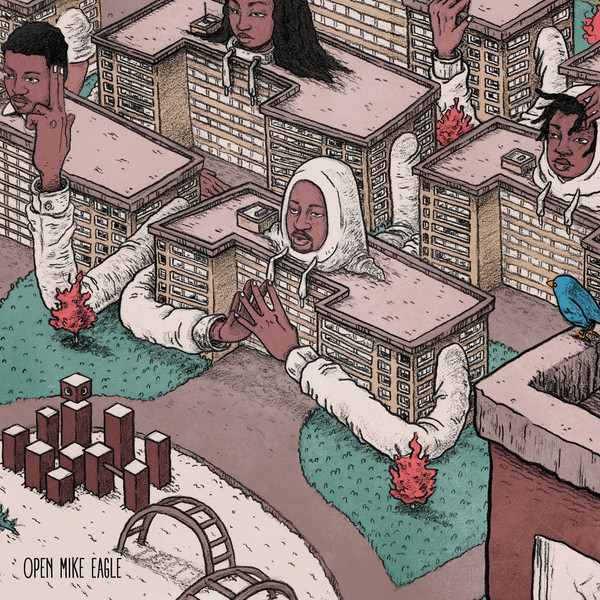 The release that really captured the zeitgeist of America in 2017 was Open Mike Eagle‘s “Brick Body Kids Still Dream“. Mike blends the personal with the political, oscillating between resignation and resistance, between empathy and anger. Standout tracks are “Hymnal”, “Happy Wasteland Day”, and “95 Radios”.

Kendrick Lamar – DAMN. Come on now. This is a “The Chronic in 1993″, “everybody is riding around bumping this album”, “new-classic” type scenario. 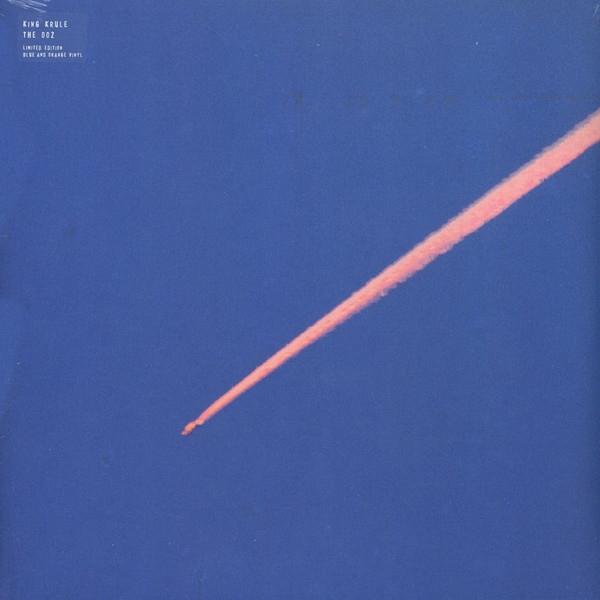 I never fully understood why people/critics make these end of the year lists when the year hasn’t even ended (of course I do, it’s marketing/capatalism/holiday-fever) so I usually spend the better time of November and December (and most of the time even well into January) re-listening to the albums I listened to last year and evaluating which one I like the most/I objectively believe to be the best. So for me coming up with an album when November hasn’t even ended is challenging, and from experience I know that the last album I liked, usually doesn’t make my end of the year-list, but here it goes: King Krule – The Ooz 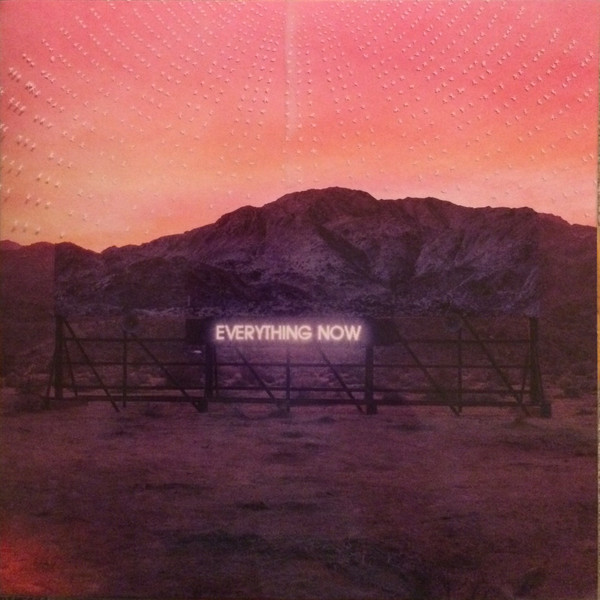 Few things in this world evoke emotion and memory more than music. Arcade Fire is a band very close to my heart because of the memories they have soundtracked with people I love. And the build-up and release of ‘Everything Now‘ only perpetuated that for me. First came the self-titled single, which I initially found ridiculous and leaning too hard on the Abba vibes. But then my girlfriend and I saw Arcade Fire live at Best Kept Secret music festival, and “Everything Now” was the undisputed anthem for that weekend of music and sunshine (walking past groups of people and hearing them sing “doo do do-do, do doo do doo” never got old). Then, the album was released just days before my summer trip to my home province of British Columbia. My cousin, her husband and I stayed up way too late several nights in a row, drinking around a fire in the backyard, rocking out to the whole album. Driving along the coast of Vancouver Island with my girlfriend and my cousin’s 7 year old daughter, we spotted a pod of orcas while “Signs of Life” was blaring from the car stereo. Maybe there were better albums this year, but moments like these pretty much ensured that no other album could claim my trophy for favourite album of 2017. 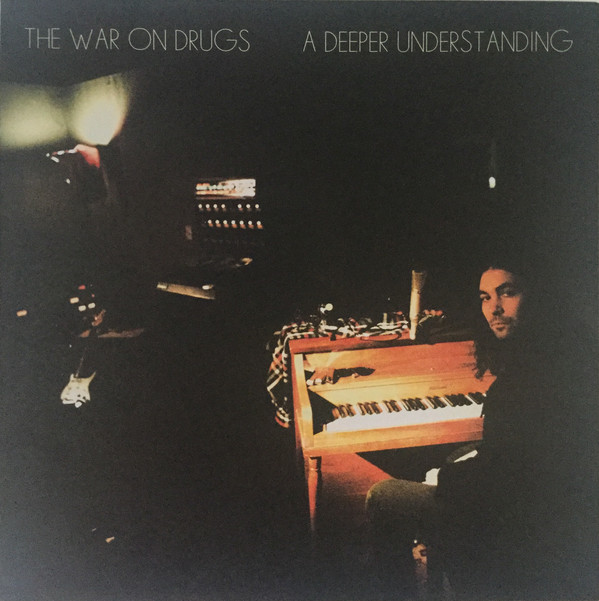 Ahhhh, I can’t choose! The 2017 album that I listed to most this year was probably ‘A Deeper Understanding‘ from The War on Drugs. But recently I have really been enjoying Courtney Barnett and Kurt Vile‘s ‘Lotta See Lice‘. 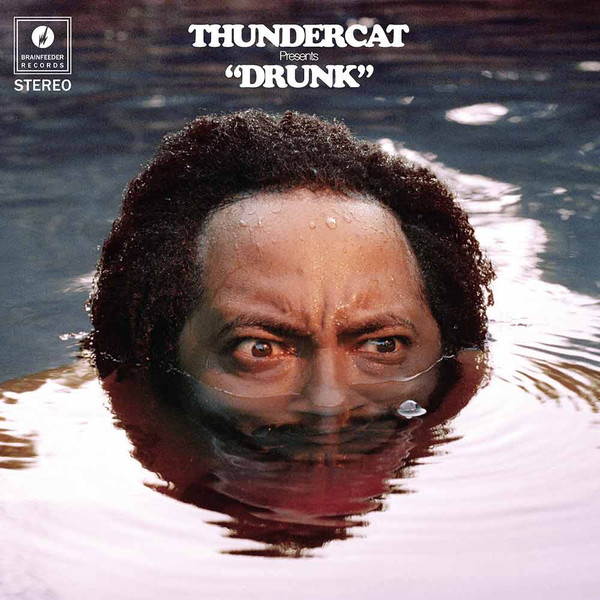 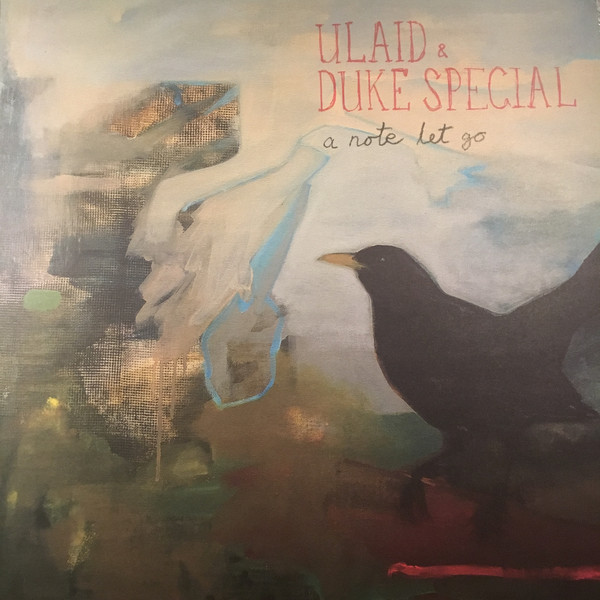 This year, I backed a crowdfunded release for the first time, and being kept in the loop of the whole process (finding the funding, recording, the challenges of getting it pressed on vinyl and the shipping delays because of that) was interesting. The record is a live recording by Ulaid & Duke Special, recorded to analogue tape in a very intimate setting. It sounds so crisp and beautiful that it wasn’t until the audience applauded at the end of the first song that I was reminded it was live. Another record that stood out is ‘Mooon’s Brew’ by Mooon. It was one of the records I was sent via the Excelsior vinyl record subscription my wonderful colleagues gave me for my birthday. The fresh, energetic, psychedelic (blues) rock with surf guitar and an undeniable sixties vibe by Dutch trio Mooon makes me so happy I’ve been forcing everybody to listen to it. 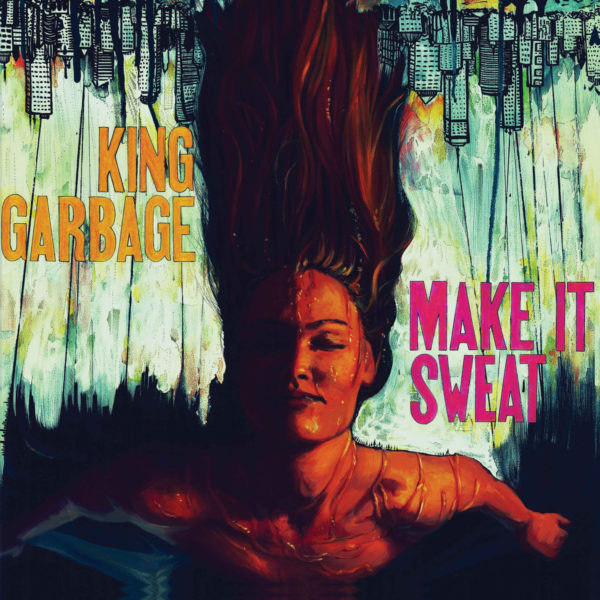 King Garbage‘s ‘Make It Sweat‘ snuck in on me near the end of the year. I stumbled upon it via Spotify of all things. Yes, it looks like Spotify’s suggestion engine is working and because of this record, I’m glad for it. ‘Make It Sweat‘ made me sweat… it’s dirty-soul-electro-funk-chill… it’s m*****f****** gorgeous is what it is. The Drums are dirty, the vocals are straight up Chet Faker on ‘No Diggity’ but BETTER! Seriously, do yourself a favor and pick this LP up asap! 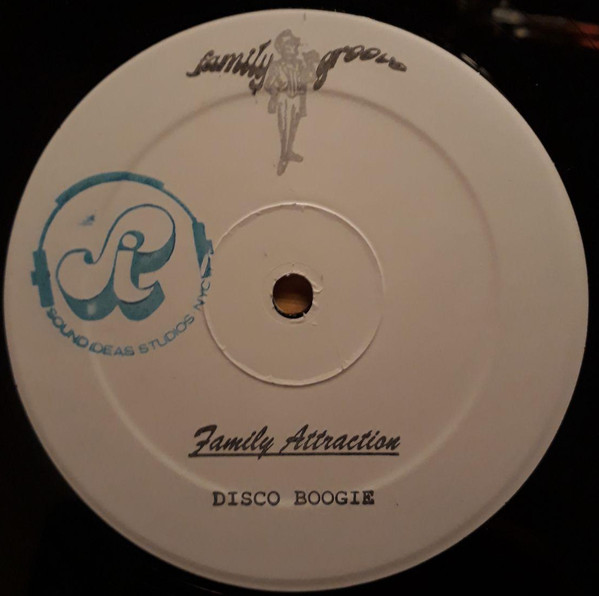 My favorite release of the year has been published by Family Groove Records. It’s an American label specialised in unreleased tracks from diffrerent artists like Aurra. This one from Family Attraction is their first ever released with two slices of disco, boogie and modern soul. The first side “Disco Boogie“, whose name is pretty self-explanatory, offers fast-paced disco with a boogie touch, wonderful vocals and arrangements, a real dancefloor stomper! The second side “God’s children” brings modern soul back to the light with those powerful vocals backed by a very well arranged melody/rhythmic balance. Fully recommended!

I’ll go with a conservative vote for the self-titled Slowdive release that came out this year. Although an honorable mention should go to at least a couple of others, I feel like Slowdive‘s return to original form was surprisingly refreshing. They manage to evoke their brand of ethereal shoegaze, sounding like they did when they were kids; sounding mature and confident without sounding stale. 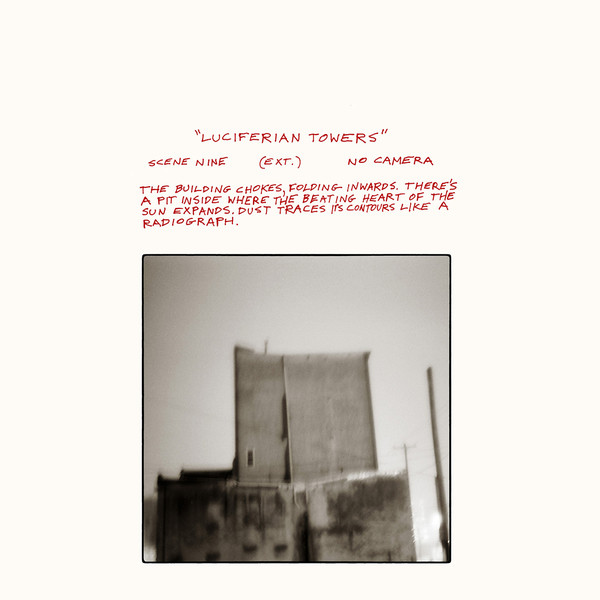 Two of my favorite artists released phenomenal new albums this year, so it’s a tie for me; Do Make Say Think – Stubborn Persistent Illusions. Godspeed You! Black Emperor – Luciferian Towers. Also I have to shout out my favorite local Portland album of the year: The Last Artful, Dodgr – Bone Music. 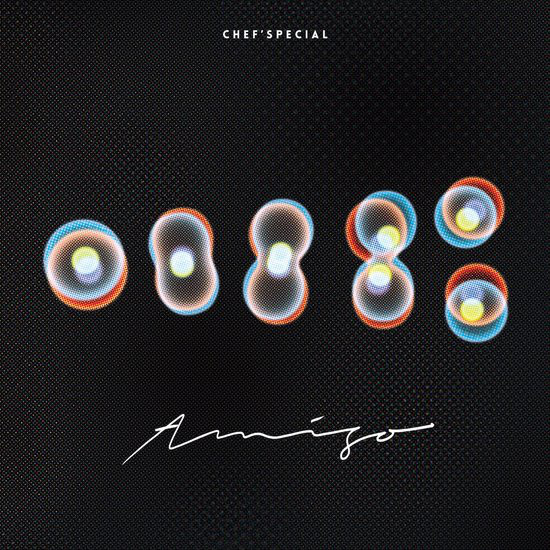 It’s really hard to pick as it changes day by day…Chef’Special ‎– Amigo. This album brings so many good memories of 2017… I feel they are underrated. Come to Japan soon! 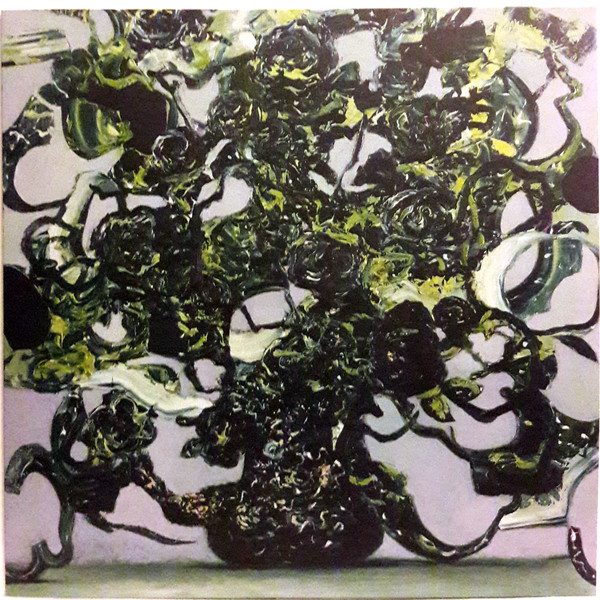 The Caretaker – Everywhere At The End Of Time – Stage 3 I moved into a really old house in the middle of nowhere this year, this was the soundtrack during the move. It’s the third edition of his final six part concept album about memory loss and is partially inspired by the ballroom scene in the movie The Shining. Lots of old jazz records looped and edited into ambient drones. 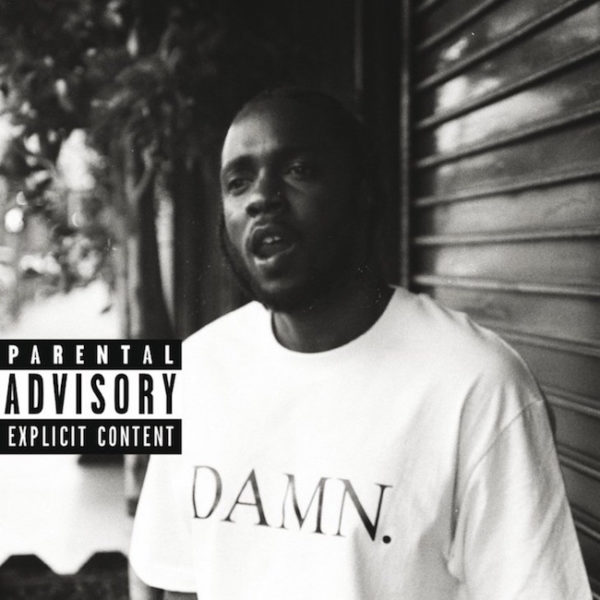 Kendrick Lamar - DAMN. I see I'm not the only one on this list that chose Kendrick. He's really created something moving and different. Did I mention it's super catchy? Even small town Canada knows this album. :) 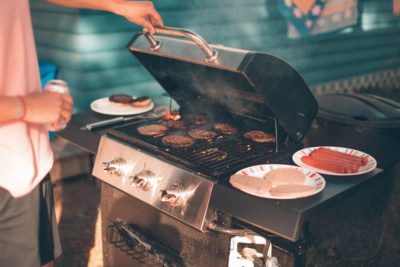 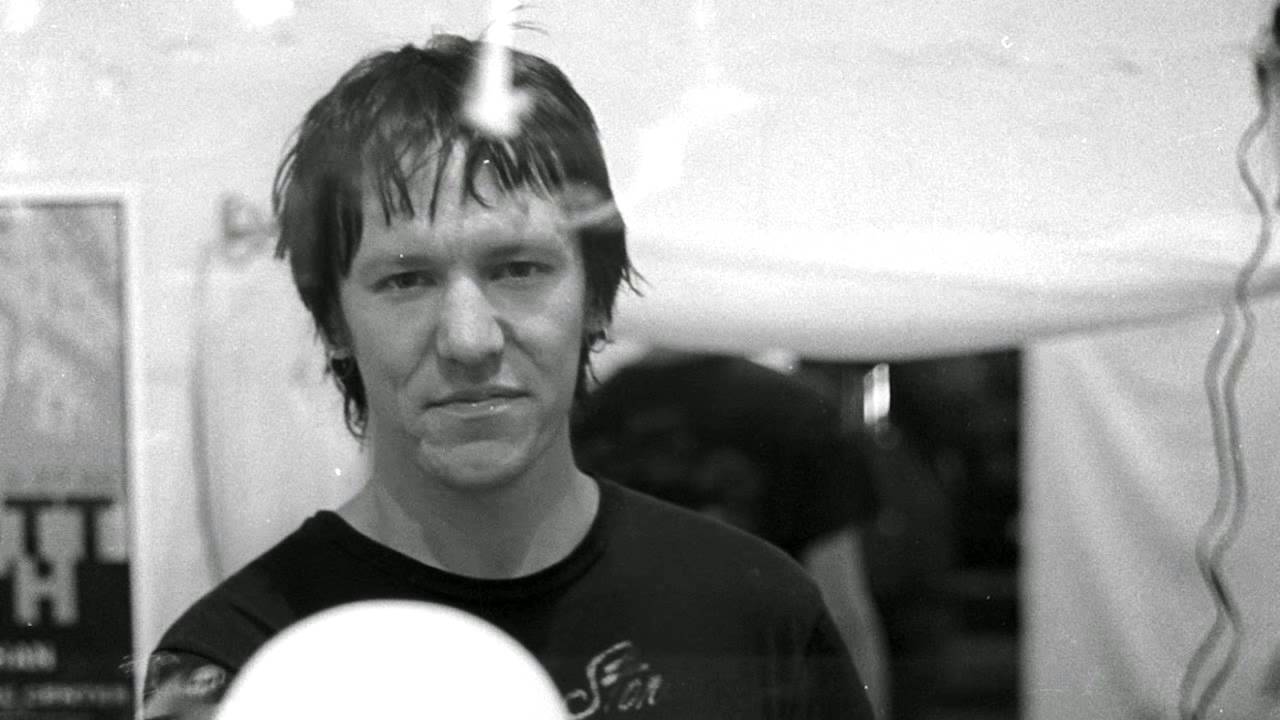 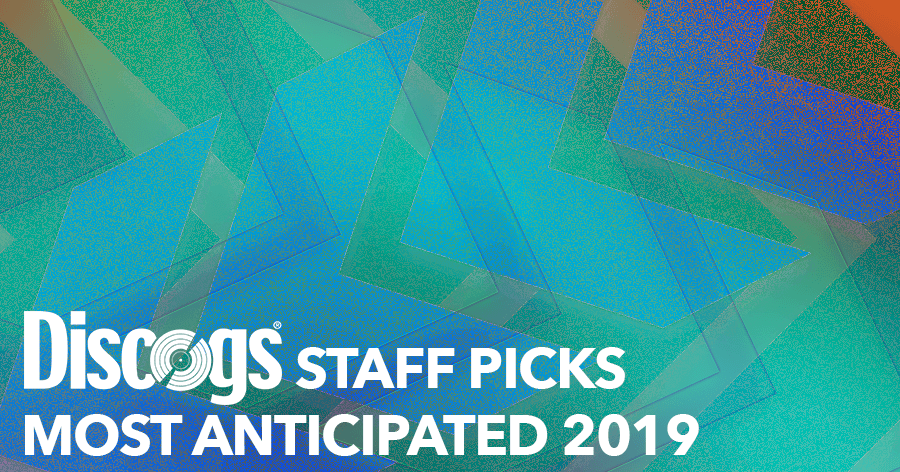