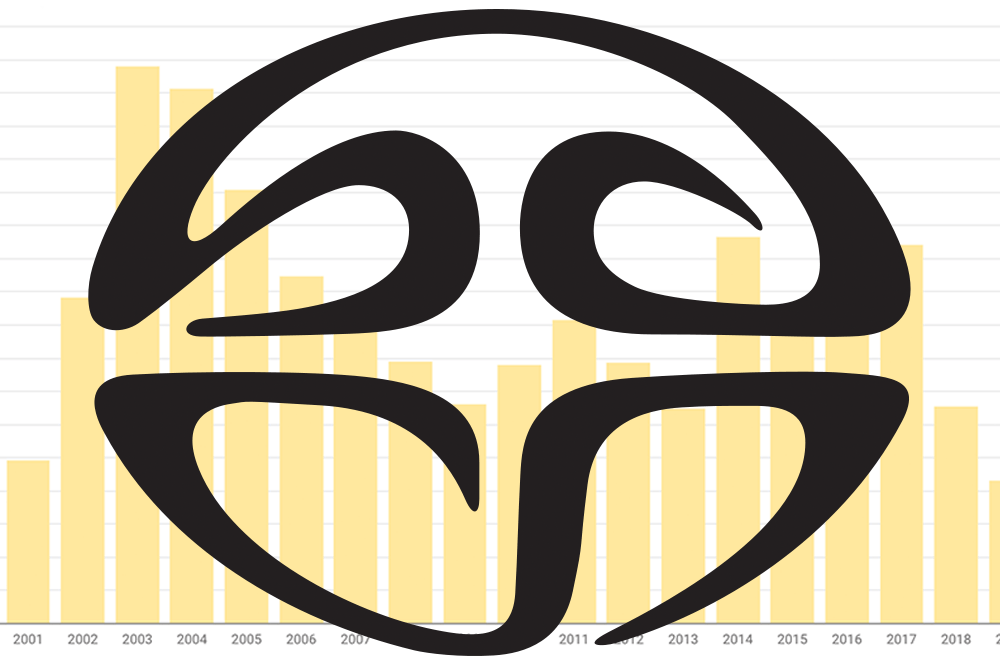 Once lauded as a beacon of the future for physical music, Super Audio Compact Discs (SACDs) offer improved sound quality over their non-super counterparts. Officially announced in 1999, SACDs were a major upgrade to the revolutionary Compact Disc that hit stores and home consoles 16 years before.

SACDs offer tangible improvements over the original CD, including:

There are a lot of other upgrades that I encourage you to explore if you are interested in learning more about the technical aspects of the format before diving into its history and representation in the Discogs Database.

The Early Days of SACDs

Like all fledging formats, the first few years were awkward. The first SACD player, the Sony SCD-1, weighed 57 pounds and cost roughly $5,000 in 1999. 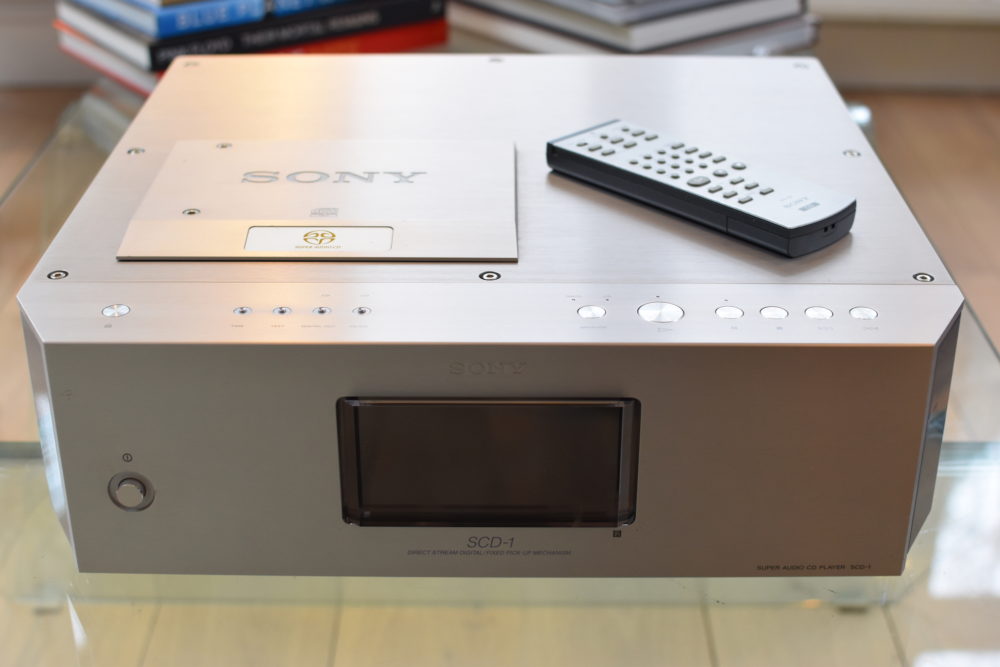 To add salt to the wound, Super Audio CDs could not be played on Mac or PC without special programs. Sure, there are now Hybrid SACDs that can be played in a wide variety of listening setups, albeit with less of the playback benefit of the format, but these were not common in the early days.

The Downsides of SACDs

Now, for the average listener, it can be argued that SACDs are probably not worth it. Indeed, a study found that many casual listeners could not discern a difference between CDs and SACDs in a blind test. The SACD was perhaps doomed to fail with less-attuned listeners, as the majority of consumers happily flocked toward the cheap, convenient and low-quality MP3 format. 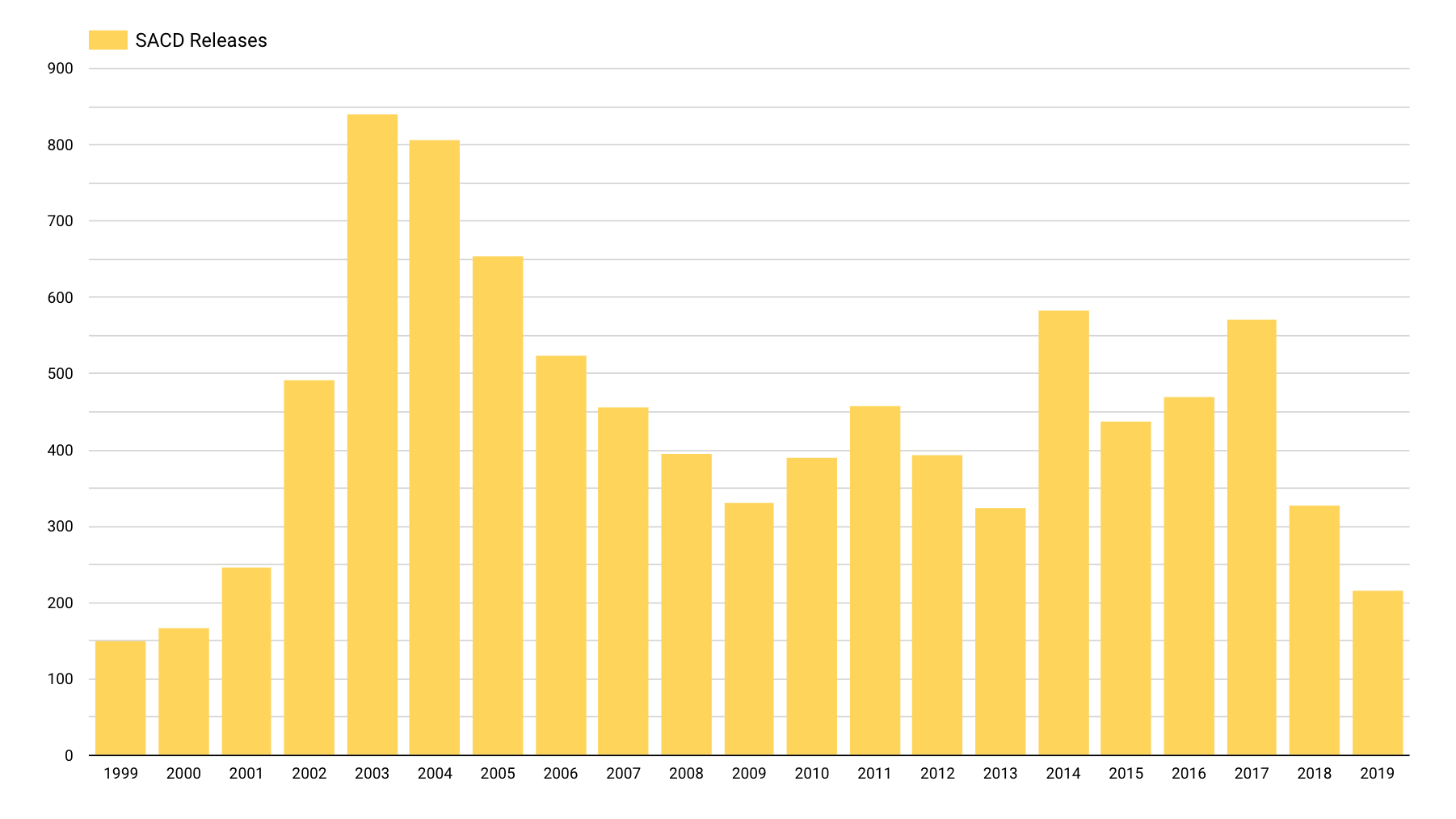 SACDs by release year in the Discogs Database, with a noticeable decline as MP3’s gain popularity

SACDs are also read-only, so there was no making of mixtapes for a high-school crush with ripped MP3s off of Napster or Limewire (and, yes, I’m aware that this would be a travesty to the format.) They also had copy protection, making it harder to share music with friends.

In a sense, Sony and Philips misjudged common consumers’ priorities – it turns out many folks were not craving better-sounding playback. Instead, they desired convenience and affordability. This is a primary reason the format did not find lasting commercial success in the dawn of the digital music age.

Success in a Niche

Despite SACDs’ shortcomings, audiophiles and recording engineers clearly appreciated the technical upgrades. And the benefits of more audio channels, when done right, is clear to almost anyone. Because of these reasons, there are many highly-prized and sought after SACDS, even more than a decade after their short-lived peak. Indeed, the SACD format largely found success within a niche: Classical music. 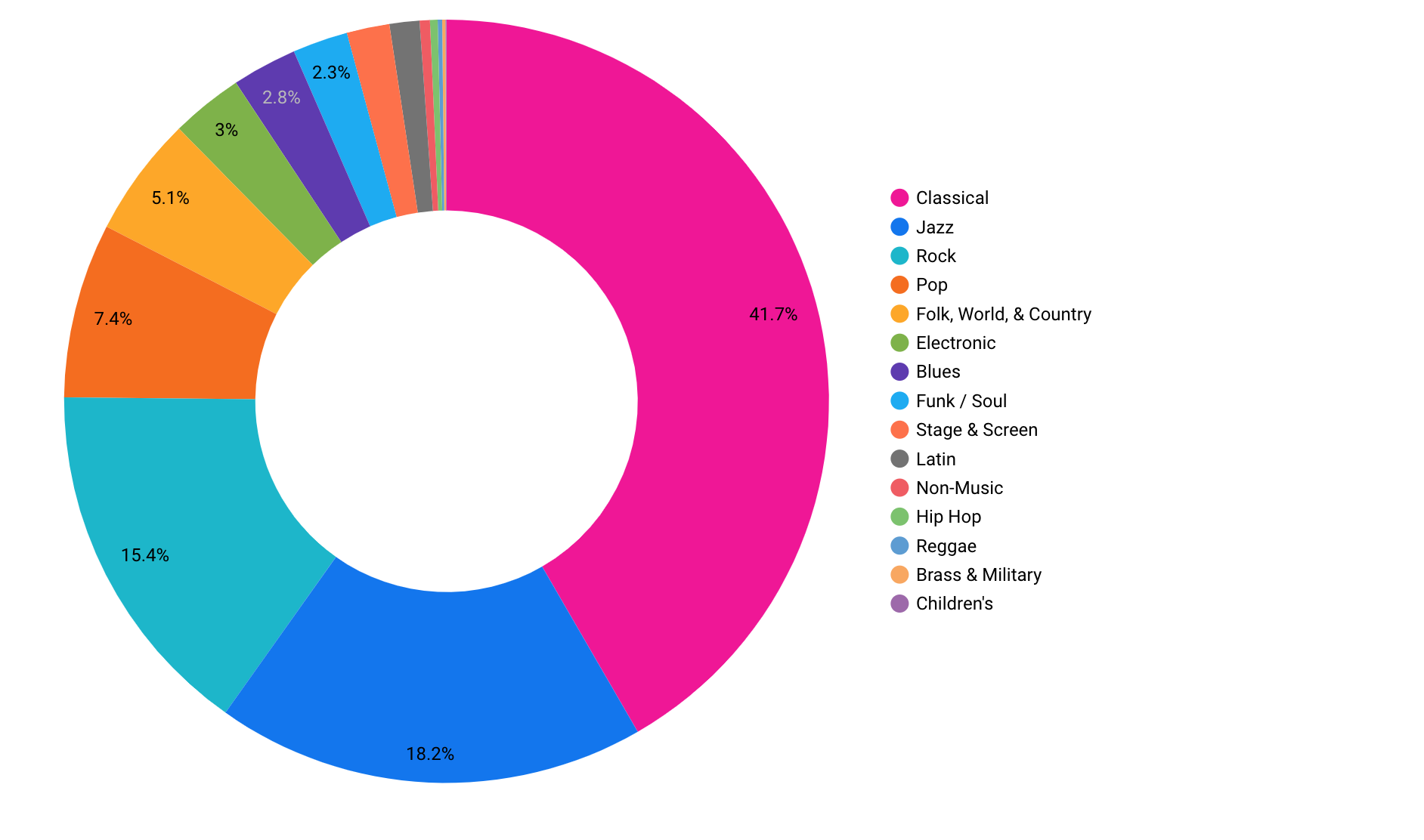 SACDs by genre in the Discogs Database

Looking at the distribution of SACD releases in the Discogs Database, we can see their higher numbers in the Classical genre. This is also evident when looking at SACDs tagged with a style. 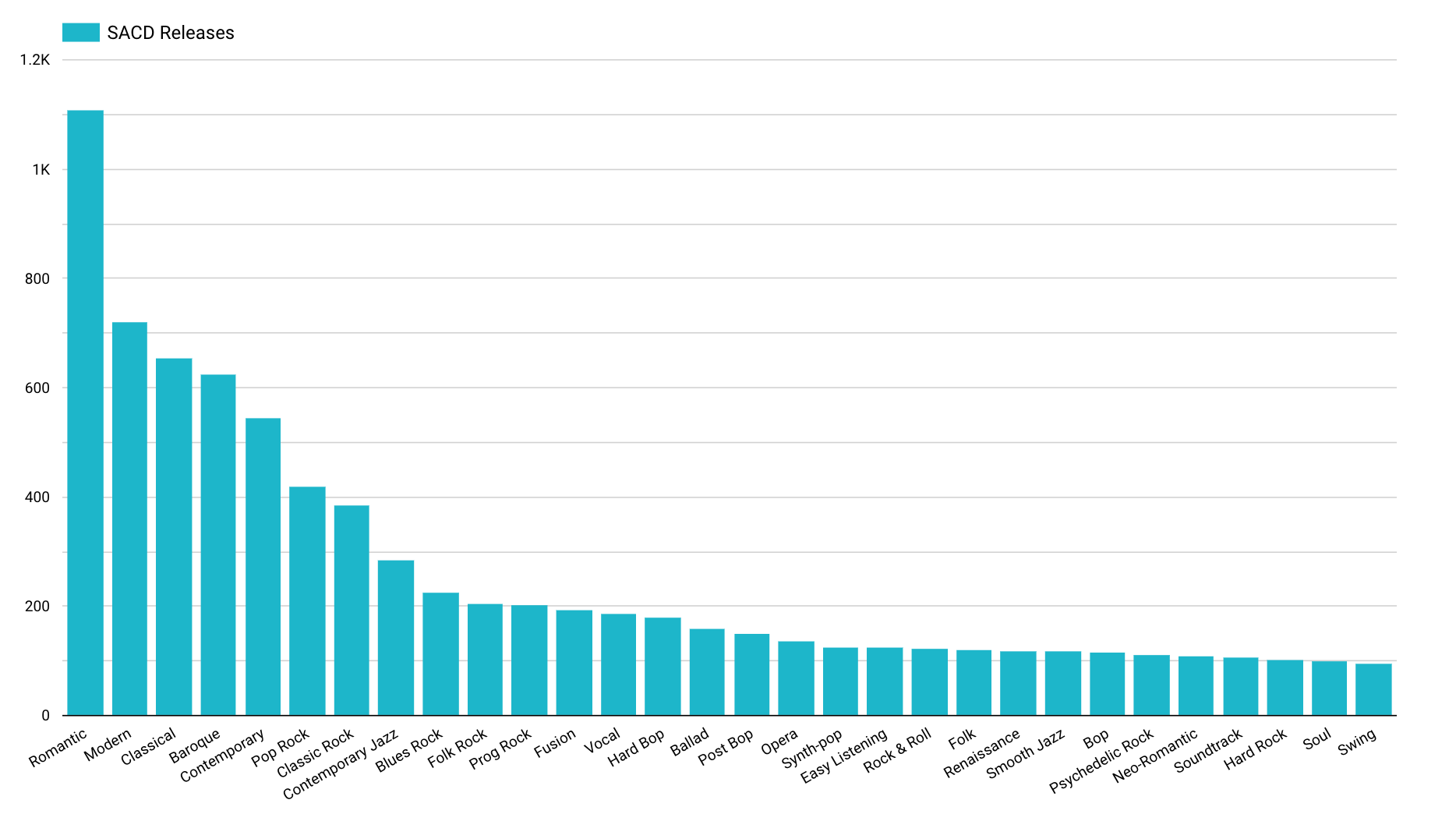 SACDs by style in the Discogs Database

Most Expensive SACDs Sold on Discogs Most Collected SACDs on Discogs

The most collected is a different story. Dark Side of the Moon makes a not-so-surprising appearance (considering its collection numbers on other formats) near the top of the list. But then we find a considerable amount of Depeche Mode in the mix. There are fewer boxsets, probably because of their high prices. Depeche Mode – Music For The Masses Pink Floyd – Wish You Were Here

The Most Desired SACDs on Discogs

For fun, here is a look at SACDs by my favorite sort, Most Desired. By dividing the Total Haves by the Total Wants (Haves / Wants), we can get a glimpse at some SACDs that are on many collectors’ radars. SACDs from countries outside the US seem to be more highly-sought-after. Queen – A Night At The Opera