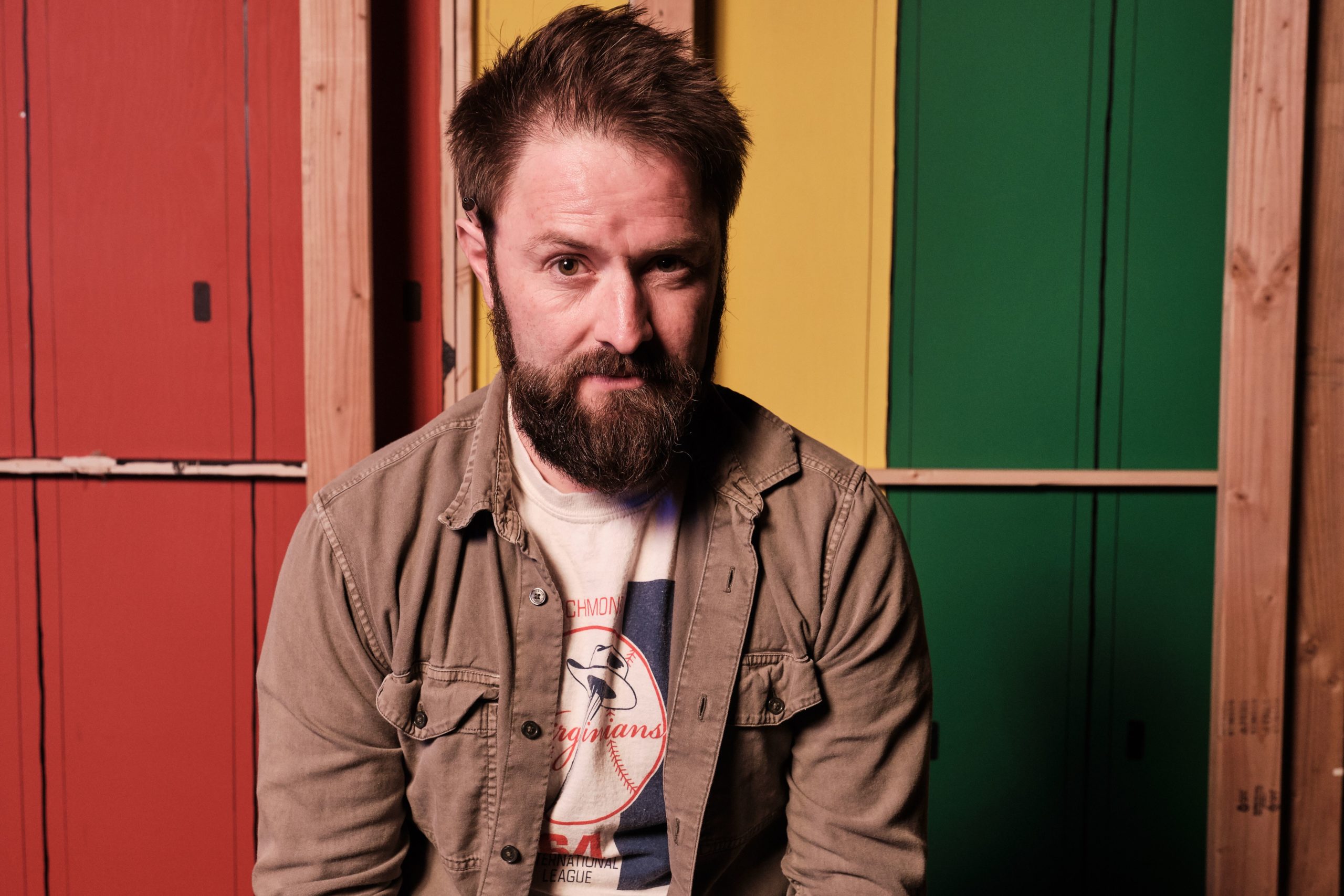 I’m often late to the party musically. The first time I ever heard Built to Spill was only a few years ago. It was at a show at Red Rocks. I had heard of the band, but never actually heard them. Then they took the stage, and my face melted, my knees buckled – all the other clichés. I fell in love. I remarked to my then-girlfriend, now wife, that they sounded like my adolescence, but cooler. Turns out, that was exactly accurate. They had been making what we used to quaintly refer to as college-rock for decades, right alongside the radio tripe I was wholesale inhaling through most of the late nineties/early aughts.

I think, if pressed, I’d now say that they’re my favorite band. Late to the party, but emphatically there. Finally.

I could tell you similar stories about a lot of musicians. But not Bright Eyes.

Bright Eyes I heard right when I was supposed to. It was Lifted, an album that I now know is several deep into his cannon – not even taking into account the Commander Venus stuff. Regardless, I learned about Bright Eyes exactly when I needed to. Though truth be told, I read about him first. In Rolling Stone. A rave review that anointed Conor Oberst, “the Bob Dylan of the plains.” That quote is burned into my memory. I remember reading that and thinking, “Wait a minute. This guy is making this kind of splash out of Omaha?! Nebraska?!”

I was twenty-two, the same age Conor Oberst was when he put that album out. I had just graduated from college on the east coast and was now back in my hometown of Denver. I had vague notions of doing something in comedy. I also had spent four years conditioning myself in the cauldron of coastal elitism. Most of the kids I graduated with were either in New York or in LA now, steadfast on various paths of making it. Sitting in my childhood bedroom in Denver, no real plan of attack for the future, I felt decidedly in flux. Then I read that quote about this Omaha phenomenon and ran out and bought the album. I listened to it so much the CD started skipping.

I was hooked. But as much as I responded to the music, I think I was equally floored by the fact that this dude had done it all out of Omaha. Fucking Omaha! A backwater that you could tell he loved and hated, a place that he wished offered more but that at the same time provided everything he needed. Listening to that music, Omaha felt like both an inspiration and a curse, broken yet somehow hopeful too.

I could relate. I was constantly torn about the city I grew up in. I wanted that golden ring – whatever that meant – and I didn’t know if Denver could offer it. Listening to Bright Eyes, seeing the reaction he was getting, I started to see that maybe fighting the creative fight out of your hometown was something worth pursuing. It wasn’t some consolation prize for striking out in bigger markets; it was a noble pursuit unto itself. After all, what are you but a reflection of your surroundings? What’s that adage? Write what you know.

I did a deep dive. I listened to all of Conor Oberst’s music. I learned about the label Saddle Creek. And though I was probably attributing it to them more than they were broadcasting it as an ethos, somewhere deep down, I filed it away that making it out of your hometown was possible.

Of course, like any insecure, self-loathing comic, I talked myself out such a notion for a number of years – the most effective argument being ‘he’s a genius, you’re shit’ – but eventually I came around. There are degrees of success, after all. I moved back to Denver for a writing job, started doing stand-up comedy, built a scene with my friends, and now make a living as a professional comedian, with all the accompanying accolades (occasional free coffee). And I still live in Denver. A badge I wear with pride. I hold no grudge against comics working in LA or New York. That makes way more sense. To try to make it in the entertainment industry in cities where, you know, the entertainment industry actually fucking exists. But still, for me, this is the path I have chosen. And I’m happy on it. Happy in Denver, a city I love. And it would never have happened had I not heard Lifted.

Similarly, I was late to the party when it came to vinyl. It’s a heartbreaking story – one I’ve written about at great length and that I don’t wish to get into here – but after losing my little sister, I inherited her record collection. Obviously, this made for a sentimental attachment. I set up her record player in my living room. and I burned through her records, and I cried a lot, but after all that mourning, a tangential takeaway was why the fuck haven’t I been listening to music like this all along? The crackle of the record before the music starts, the way the act of putting a record on forces the music to take center stage, as opposed to becoming ambient noise, studying the cover art and liner notes as you hold the record case in your hands – all the clichés – I loved it. I still listen to a shit-ton of music digitally, but if I love something, I get it on vinyl. That way, I know I’ll sit with it and properly appreciate it. I’ll savor it.

What an honor, then, to have my comedy album come out on Saddle Creek. I’m the first comic on the label. Twenty-two-year-old Adam is geeking the fuck out right now. So is thirty-nine-year-old Adam. I’ve always wanted to have an actual comedy album, on vinyl, to have and to hold, to honor and obey, in sickness and in health, till death do us part. And to have that album on Saddle Creek is beyond words. The fact that it’s a vinyl reissue of my album Adam Cayton-Holland Performs His Signature Bits, an album that came out digitally on Comedy Central Records in 2018 – another fucking dream – and that I’m extremely proud of, is just too much. It makes me want to retreat to the nearest dark corner and self-flagellate, penitente-style, lest my head swell so large I take flight. So I’ll wind it down before this becomes too grandiose. But I do wish to say thank you to both Comedy Central and Saddle Creek. This is so goddamn cool for me.

My hope is that someday some kid picks up my album, on vinyl, and listens to it and thinks, “Wait a minute? This guy did this from his hometown of Denver?! That means maybe I could do it from my hometown too! I mean, it’s just a bunch of clumsy dick jokes. Anyone can do that!”

Easy tiger. It took a lot of years to figure out how to tell those dick jokes effectively. And you’ll get there too, just put in the time. But if you’re getting overly romantic and thinking of moving to Denver to try to make it, please don’t. The city’s gotten too big. There’s no room anymore. Try Des Moines, maybe Boise or something. You can do it. I believe in you. Saddle Creek believes in you. You’re not late to the party at all. You’re exactly where you need to be.

Adam Cayton-Holland is a national touring comic who has appeared on Conan, The Late Late Show with James Corden, Comedy Central Presents, @midnight, The Meltdown with Jonah and Kumail, Happy Endings, Deadbeat, Flophouse, Hidden America and was named one of Esquire’s “25 Comics to Watch,” as well as one of “10 Comics to Watch” by Variety. Along with his cohorts in The Grawlix, he created, wrote and starred in “Those Who Can’t,” which aired for three seasons on truTV. His albums, “I Don’t Know If I Happy,” “Backyards,” and “Adam Cayton-Holland Performs His Signature Bits,” (voted one of Vulture’s Top Ten Albums of 2018) are all available on iTunes, and his writing has appeared in Village Voice, Spin, The A.V. Club, The New York Times, Esquire and The Atlantic. His first book, Tragedy Plus Time, is available everywhere. Born-and-raised in Denver, Colorado, Adam admired Saddle Creek for years as that amazing label in Omaha making the rest of the country come to them. He is beyond honored to be the first comedy artist on Saddle Creek.

Interested in seeing more articles like this one?
How about getting information about the Discogs Limited-Edition Radar?
Subscribe to Discogs Partner Offers for access to exclusive and limited edition vinyl, new/reissue releases, contests & more.
Want to join the Discogs community of music lovers?
Sign up for an account here.
Return to Discogs Blog
4 Comments