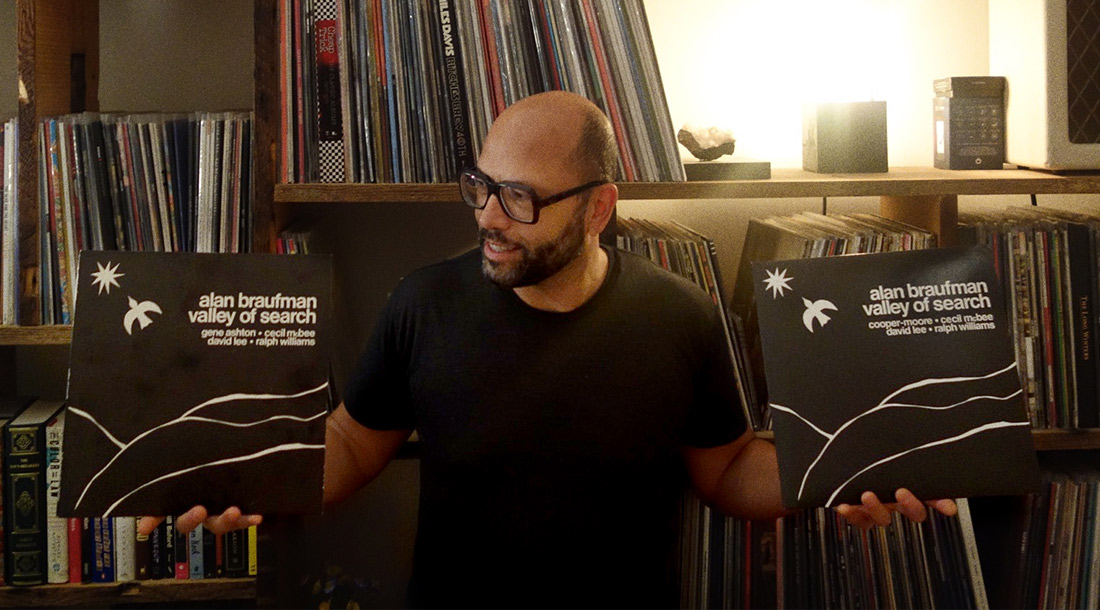 In December 2017, I wrote a blog post about my favorite musical moments of 2017. I was surprised by the amount of feedback I received about a show I’d seen by the New York multi-instrumentalist Cooper-Moore, my godfather who had moved with my uncle Alan Braufman from Boston to New York City in 1973.

Alan — a jazz saxophonist — Cooper-Moore and David S. Ware once occupied a dilapidated loft building at 501 Canal Street in Lower Manhattan. They practiced all day and put on Friday night shows, making the space a seminal part of New York City’s loft jazz scene. It’s where Alan recorded his debut album, Valley of Search, backed by pianist Cooper-Moore, bassist Cecil McBee, drummer David Lee and percussionist Ralph Williams. India Navigation released the album in 1975, documenting a young musician who had grown up listening to Coltrane and felt more immediately influenced by the experimentation of Albert Ayler and Ornette Coleman. 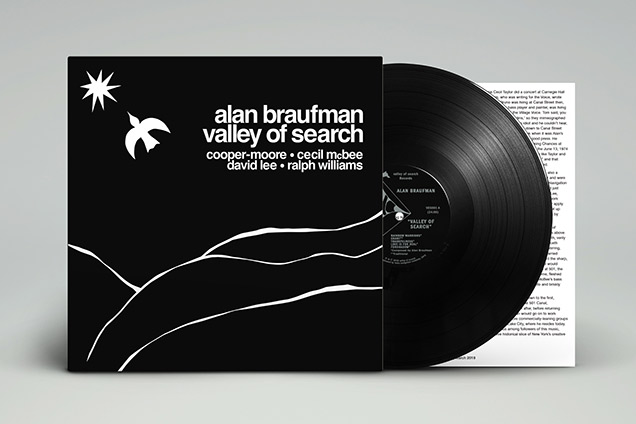 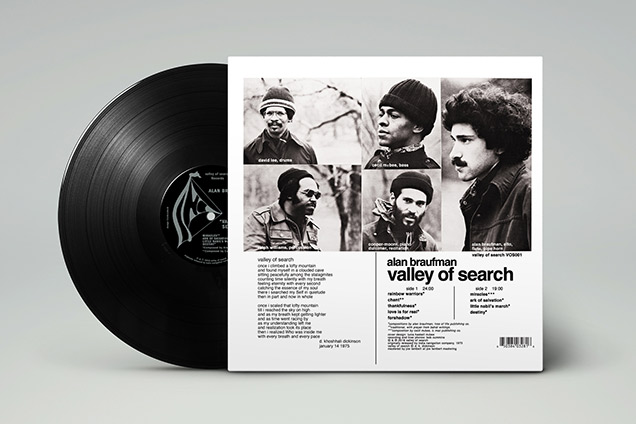 A few years ago, Alan mailed me a copy of Valley of Search, which quickly re-emerged as one of my favorite albums, reminding me of my childhood when it had been played often in my house. But it never occurred to me that others might be interested in it. The response to my KEXP post inadvertently planted the seed to reissue the album on my own small label, The Control Group, where I’ve reissued albums including Giorgio Moroder’s 1978 dark soundtrack to Midnight Express and the soundtrack to the 1984 mockumentary This Is Spinal Tap.

Valley of Search has been a more involved and more gratifying process than other reissues I’ve released. After an unsuccessful search for the masters, I hopped on the subway with my only copy of the LP to Joe Lambert’s mastering studio in Jersey City. I’d had limited expectations about remastering from an existing LP, but Joe felt confident he could good results.

I emerged with an album that somehow sounded better than the original pressing. The lows feel more present. The percussion less brittle. Alan’s saxophone remains a commanding presence at the forefront. (If you’re curious about Joe’s process, I’ve included his notes at the end of this post).

The beautiful album art is faithfully updated. Alan and I chose to release the album under the label Valley of Search with the new catalog number VOS001. New York writer Clifford Allen contributed new liner notes after recent conversations with Alan and Cooper-Moore, who can claim Valley of Search as his first ever recording.

It’s been a pleasure to have record company conversations with a close relative, and to make decisions about an album that is so close to me. Do we put it on streaming platforms? Yes. Do we make the LP look old? No, it is old, let’s make it look new.

Forty-three years after its original release, Valley of Search is available again on its intended format: Two sides of vinyl, each recorded live in one take. The album sounds better and more relevant than ever and I am proud to be involved. Alan and Cooper-Moore will perform Valley of Search live in Brooklyn on August 3 at National Sawdust.

Step 1. Nabil had brought me a copy of the original vinyl record. It was played but in good shape. I cleaned it up, put it on our Technics SL 1200 M turntable, and gave it a listen. I tried a couple different cartridges and chose an Ortofon that sounded really nice. From the table, I ran it through my Rogue Pre Amp, out of that into my Maselec MTC-2 mastering console. I adjusted the level and some minor tweaks to re capture at 96K 24bit via a Lavry AD converter into my Soundblade workstation.

Step 2. I ran a de-click pass on the files to get rid of the clicks and pops from the transfer. It works really well but I still had to go through the whole record again and make sure it didn’t miss anything and also listen to make sure it didn’t do too much. This is a laborious process but makes a huge difference.

Step 3. Was to make sure the EQ was as good as it could be. Like most vinyl records it benefited from me adding a little low end to give it some weight and depth. This is a live recording, I believe each side is one take. (I would love to know how it was miked up.) Like most live recordings, it’s not perfect and that to me is part of the charm. There were a few spots that were distorted. It may have happened in the recording/mixing process or the original cut. I cleaned them up as best I could. It has a omni directional feel to me. Very wide. So wide that the bottom end wasn’t really coupling between the two speakers which made it difficult to get a solid bass foundation. I used an elliptical filter on the low end, and that really helped get that to lock better. It’s still very wide and true to the recording, but now is a more enjoyable listen.

Step 4. Once I had the EQ’d files, I created a new digital master sequence. We used the 96K24 bit master sequence and cut the new lacquers and bring it full circle.

It’s a great record and hopefully this will allow a new generation of people to enjoy it. I’m looking forward to hearing the test pressings!