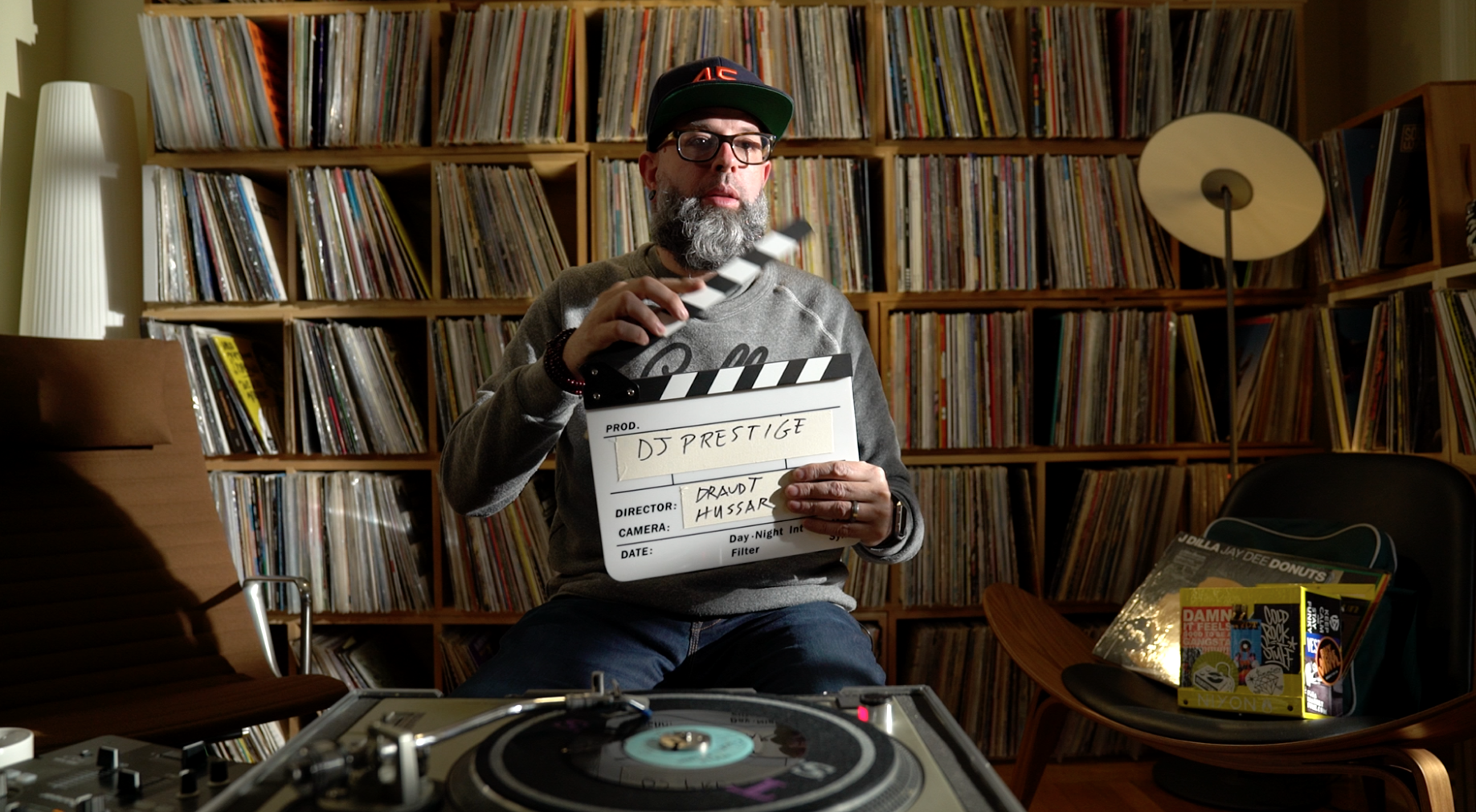 The Hustle Is Real is a story about creating your own lane to make money doing what you love and the hustle and grind that goes along with it. The film follows a “Working-class DJ”; DJ Prestige as he rocks gigs, grinds out travel, digs for records and does what he does best. The filmmaker Thomas Draudt added:

As a vinyl collector and “bedroom DJ” I have a lot of interest in music and djing and always wanted to make a short film on this subject. I’ve been a fan of Jamison’s FleaMarketFunk site for a while and after seeing him spin at the SOULELUJAH party in Boston, I approached him about making a film together and here is the result.

We asked Dj Prestige some questions. This is what we found out:

How did you get into it all?

I started collecting records when I was younger. My dad had a small collection that he brought back from Vietnam that was always in our house. Booker T. and the MGs, The Dells, Isaac Hayes, The Beatles, The Doors, and more. Music was huge in our home. We always had it playing and on Saturday nights whether we had company or not, we listened to the radio or played the stereo. My sister and I were allowed to have a stereo in our rooms, so I started collecting after that. My Uncle Tim (R.I.P.) took me to buy some records at a K Mart, I bought The Police, Men At Work, and a 12” of Eric B. And Rakim’s “Paid In Full” (Cold Cut remix).

But honestly, being a kid from the suburbs I was in between NYC and Philly so I could pick up DJs on the radio from both cities and was fascinated by what a DJ was. I made my own pause tapes with a boom box and would play them constantly. I didn’t really put it all together until I saw the Herbie Hancock’s “Rockit” video, where I saw Mixmaster DST scratch. I was off to the races then, consumed by early hip hop, punk rock, all kinds of music I could get my hands on. Records, cassettes, CDs, I just bought everything I could.

I couldn’t afford Technics, so I learned (badly) at the Jersey Shore bars, opening for people like G. Love and Special Sauce and The Goats (of “Typical American” fame). I was an on-air DJ at WLFR at Stockton University after that. There was a radio show with a DJ called Marc Asbury. I saw it close up and wanted to do it on my show. The Rap program director (Sure Rock Holmes, R.I.P.) locked all the hip hop 12”s up in a cabinet. I had to find them myself somewhere else. That was a trial by fire that propelled me into record digging.

I really wouldn’t get fully into it until about ‘97. I was a co-owner of a skate/ streetwear/ record shop and we put turntables and a system in our lounge. I bought a pair of direct drive Gemini’s from a DJ (who I still DJ with today!) in a Burger King parking lot and eventually learned on them, graduating to a pair of brown Technics 1210’s and a Vestax PMC 05 mixer (from a fellow DJ who needed money fast). I still DJ with those turntables when I bring my own equipment.

I started a night, and the music was good, but my DJ skills were bad. From there I just practiced. And practiced. And practiced. I linked up with like-minded individuals (DJ Un-G, DJ Skills) and we all vibed and learned from each other. I owe a lot to those cats, who I’m still close to this day. We got up early, went to flea markets, got every record we could to play out. That was the foundation, really. I played all over NJ, Philly, and a bunch in the LES of NYC. In 2000, I linked up with a major label band on Lava/Atlantic Records and toured until about 2005. I learned how to use the turntables like an instrument, bought lots of records in my travels, honed my craft.

When the band split finally I decided I was going to start FleaMarketFunk.com to write about records and pursue a career as a DJ/ music writer. I was fortunate to open up for people I looked up to (Bad Brains, Q-Tip and more) between then and now.

Since then, I have been staying in my lane, playing records wherever people will have me, doing unique DJ nights, learning about records as much as I can on the daily, and promoting independent funk, soul, hip hop, jazz, reggae, and other soulful music through the site.

What was your first record and what age were you when you got it? The first record given to me was England’s Newest Hitmakersfrom a family friend. The first forty-five I bought with my own money was “Whip It” by Devo.

What is a working-class DJ?

To me, a working-class DJ is someone who puts in the work every week. We DJ at events in all kinds of venues and situations. Whether it’s a corporate event (I’ve done stuff for Adidas, Google, film festivals, etc.), bigger clubs, boutique hotels, small bars, outdoor events, we put in the work. 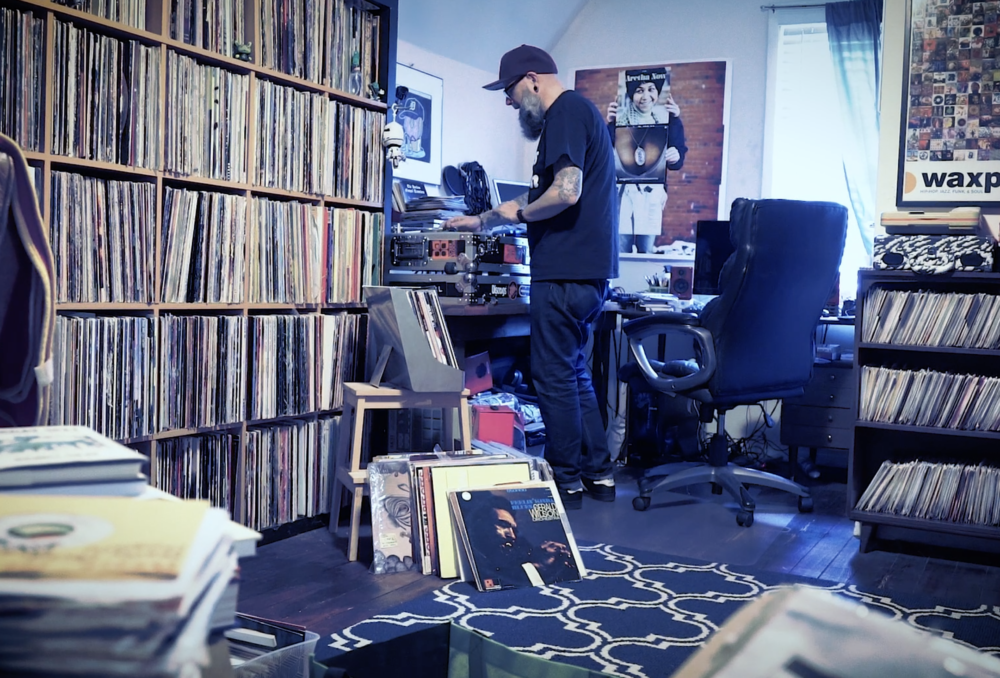 I do not have any representation or manager. I book my own gigs, and between my reputation and the site, I’ve been able to carve out a nice niche for myself. I think of a working-class DJ as someone who stays in their lane, head down and gets work done. I’m happy to get paid to do what I love, but there is always a price to pay. It’s a hustle, which is very real.

I realized a long time ago I wasn’t going to be Jazzy Jeff because we already have one. I made my own piece of the pie and was able to work as a DJ playing records I want to people who may or may not know they like these records yet. I feel fortunate to be able to live this life. I’m not the only one doing this. There are many people who are working-class, and I’ve highlighted them in my Big Ups interview series on FleaMarketFunk.com and I’m working on a future book release of the series.

How do you handle the decks at various venues? Do you travel with your own?

Most venues have 1200’s and a mixer. If I need to bring a mixer, I have a Pioneer S9 that I honestly love to death. I see a lot of Pioneer DJM 900 mixers which I really love as well, so I’m pretty happy when the venue gives a shit about the DJ. I’ve seen some crazy setups over the years in bars/ clubs. Good and bad. I always travel with my needles, slip mats, headphones, and of course the vinyl. You try to be as prepared as you can.

What venue to you love playing?

I played in the lobby of the Ace Hotel in NYC for close to ten years which was always fun, even though the sound could get tricky. I do enjoy playing Friends in Lovers in Crown Heights, Brooklyn for my Shake! Party with Monk-One for the last 3.5 years. The sound system is always on point (along with the sound person), and you’re pretty close to the crowd. It’s a good room, good vibes and dancing. Also, the rooftop of the Wythe Hotel in Williamsburg is definitely a great place to play. The view at sunset over Manhattan is second to none in the City.

I got to play on a sensational sound system for the opening party for the Dust and Grooves book in Brooklyn. It was after we all listened to Quincy Jones Walking in Space with Coleen Murphy from Classic Album Sundays, so you know how they do. She does not mess around with the sound! 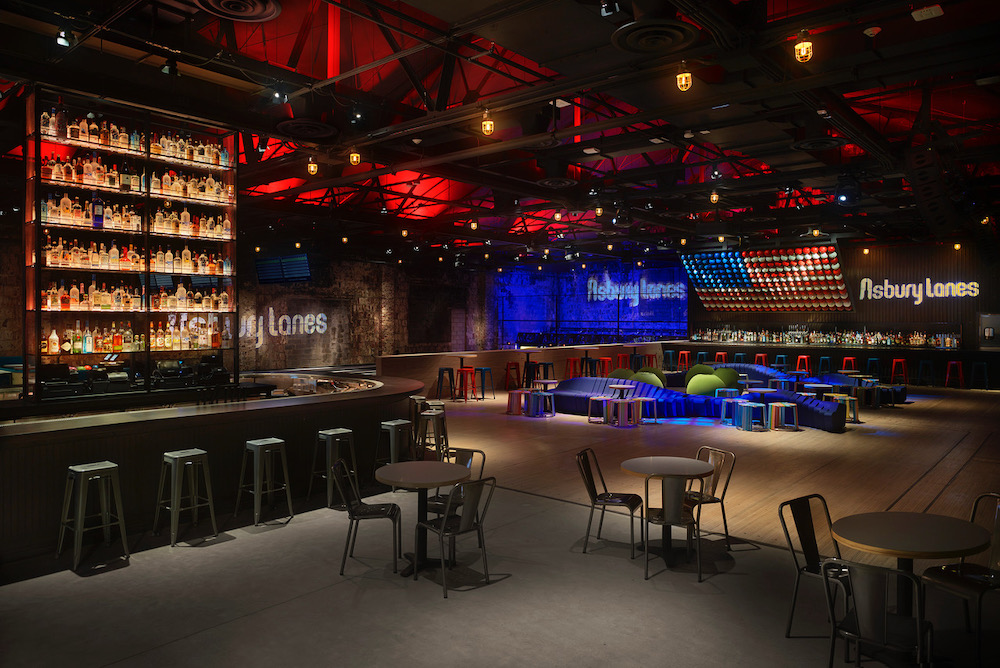 The new sound system at Asbury Lanes in Asbury Park, NJ is huge, I dig playing there. As far as horror stories, I’ve had my back turned to get a record and had people start scratching the record badly. I’ve had people almost knock the turntables over a million times, people grab mics and try to freestyle, I think I’ve seen it all but there is always something new that happens

Alphabetical by genre, then chronological. I have a jazz section, hip hop section, funk and soul section, Latin + Brazilian section, soundtrack section, reggae section, rock + psych section, and then comedy, electronica, DJ tools, and other sections. Those are just the Lps. My forty-fives are by genre but then by BPM. They are always in a state of controlled chaos depending on how many different gigs I have on a weekly basis. I emphasize controlled chaos though.

All my records are valuable to me. They all have a story of where and when I got them. They are important to me, so every one record has some kind of value. The most I ever sold a record for was like $2500, so I guess that was my most valuable record moneywise. Kutiman – “No Groove Where I Come From”

A record I can always count on where ever I play is Kutiman’s “No Groove Where I Come From.” I got that thing from the Afro~Kats label in the mid-’00s and hadn’t heard many people playing it until DJ Suspect guest DJed at one of my nights a few years ago and let it rip. It’s a funky good time on 45 that gets people moving. I just have to do a self-edit if there are kids around.

Do you use all your records for sets or are some just for you and why?

I try to use all the 45s I buy for various sets. Some cross over which is good. I also buy a lot of LP’s for myself to listen to. I built a good audiophile set up a few years ago and have a listening room, so those records are bought to listen there. A place to read, listen to vinyl, and just shut out the world for a little while.

Do you have a DJ philosophy?

Play records you love and stand behind them. Don’t play records you hate. Find your lane and stay with it. Don’t follow trends. Trust yourself. Learn about at least one new record a day. Surround yourself with good people who you want to work with and don’t compromise your work ethic. 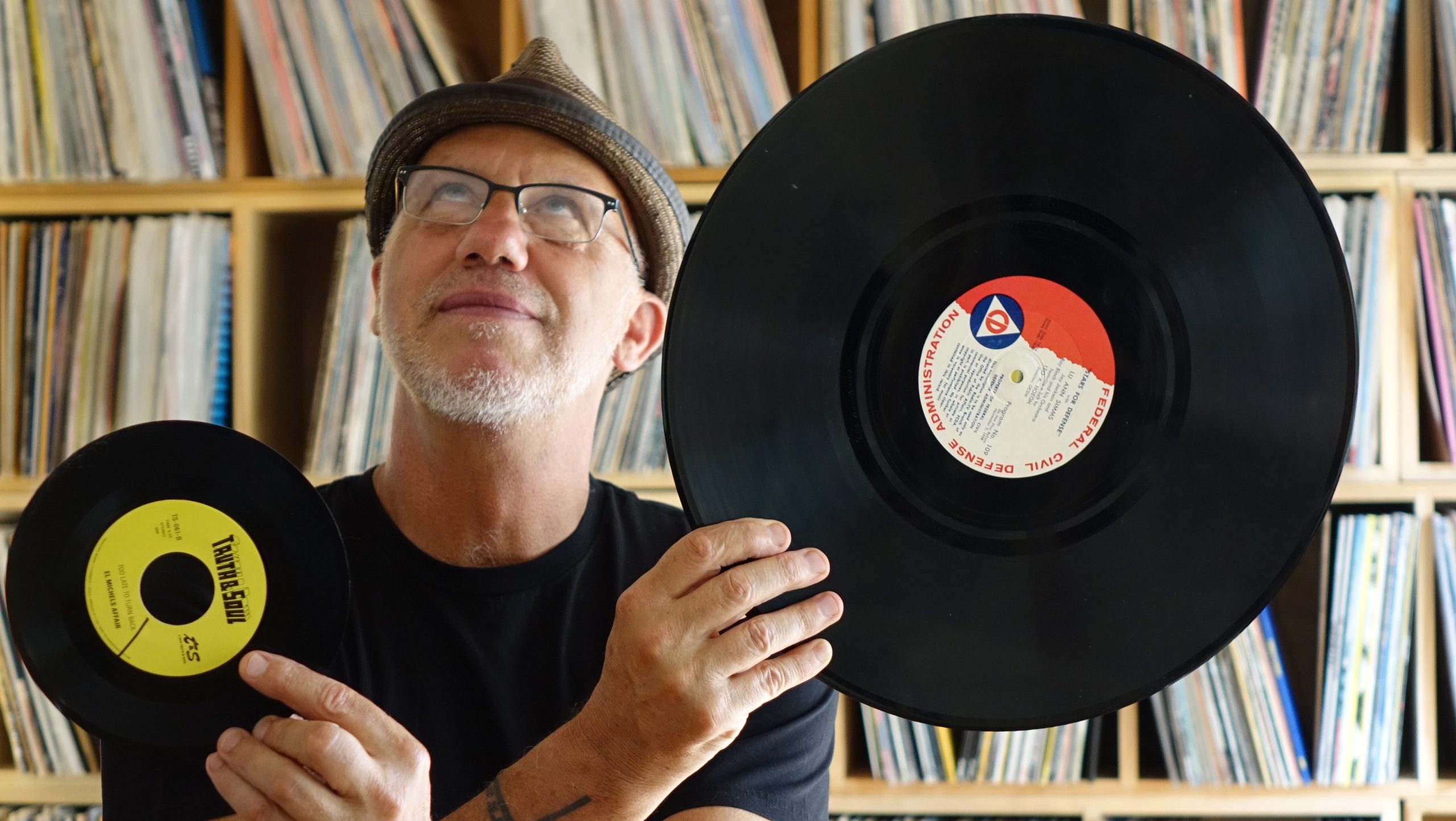 You can do a set with any musician alive or dead who is it and why?

It would be Larry Levan for sure. Just for the pure vibe of the crowd at the Garage and the music that was being played there. Definitely a room that would have been fun to play to. Pure history.

Check out the film: