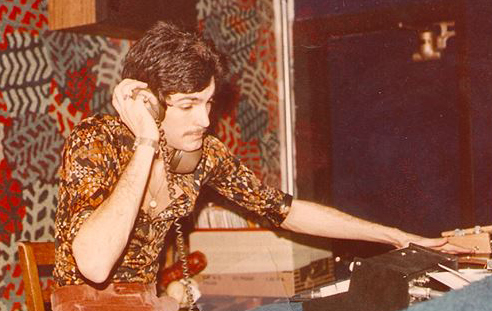 In our series about Mobile Mondays! this month, I got a chance to ask legendary DJ and taste maker Joey Carvello some questions about what it was like to spin back in the day, what’s changed, what’s good and anything else that came to mind.

What was it like getting started in Boston back in the day?
Disco and in particular the lifestyle was in its infancy. We were creating the “blueprint” in ’73/’74. The music was a 360 degree turn from popular music on Top 40 radio. Completely on the other side of the moon compared to FM Radio though the Disco playlist at that time reflected what Urban radio was playing, but we were digging deeper: playing album cuts and searching out small label danceable gems. It was a musical and cultural revolution and we (disco deejays) were on the front lines. It had its challenges. Boston had a segregated social scene. Whites went to “white clubs”, black folks to “black clubs”, gays and lesbians hit their own zone as well. My biggest challenge back in ’73/’74 was to get my black friends past the front door of my 1st spot as a disco deejay at “Yesterdays”. It wasn’t easy. I was forced to “quit” in the middle of a night… they wouldn’t let my friends in. A petition from our “regulars” and employees was passed around: “We want Joe Carvello Back”.  Fast forward: I went back to work and all my friends were welcomed. Snuck in a couple of Hispanics too!!!

Your bio mentioned that you received exclusive test pressings: Did you ever receive any exclusive remixes or other unique tracks that never saw the light of day outside of acetates / reels?
Test Pressings and 12″ remixes being serviced to disco deejays in the mid 70s were once again …new. The Test Pressing service was much more exclusive, usually reserved for BillBoard Disco Chart reporters. 12″s were usually extended edits or LP versions backed by a B Side. We didn’t get a lot of acetates in Boston… 90% of the recording/masterings were done in NYC, Philly or overseas. I imagine that there are some crazy acetates and reels in the dusty basements and overstuffed closets of 1st generation deejays from those markets.

What was it like working at WB/RFC? (Some of my personal favorite records are on this label!) What was the public’s reaction to artists like Gino Soccio and groups like Change?
My first job in the record business. Ray Caviano gave me the entire East Coast (except for NYC) down to N.O. It was a blast, constantly on the road, hitting clubs 5 nights a week, working the phones, alway topping the charts. We came out the box strong with “Dancer” then “Lovers Holiday”. Both went to the top of the charts. Change – “Glow Of Love” LP went Gold+ and “Dancer” got close… both songs are considered true classics and surely in the Top 25 as best dance records of all time. They still pack the dance floor today!

What’s the story with “The Hearts Of Stone – Losing You”? Was there any reason it was a Canadian release instead of a US one? how did that work?
The project was financed with “pimp money”… nuff said! LOL!!!

Which record (or records) do you consider your favorites that you’ve been involved in putting out?
Tough to answer this one without forgetting one or two… I suppose that the one I am best known for because it was just massive on the radio in the states and sold over 4 million world wide… Robin S. ” Show Me Love“. It wasn’t any easy sign and even more difficult to wiggle through the Atlantic Promotion Departments.

I had tons of fun signing and promoting The Bingoboys’ “How To Dance“!

I brought Big Beat/Craig Kallman to Atlantic CEO Doug Morris. That meeting started the process of bringing Big Beat to Atlantic along with Craig.

But the one that is really from my heart and a badge of honor was Little Louie & Marc Anthony “When The Night Is Over” 1991 featuring the single “Ride On The Rhythm“. That project was a “game changer”. It debuted “Nuyorican Soul“, showcased Marc Anthony and presented the collaboration of Kenny “Dope” Gonzalez and Louie Vega whom then became MAW. Damn proud of it!

Others include Jellybean, Clubhouse , Kym Simms , Doug Lazy (had 3 #1s!) 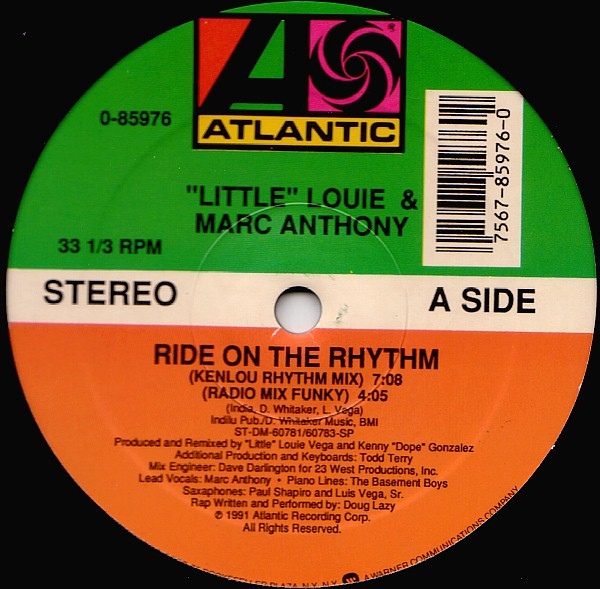 How do you feel DJ’ing has evolved from when you got started to where it is now today?
Not going to get baited into the Program Assisted Technicians vs Vinyl , CDs , etc. DJ stands for Disc Jockey, if you are not physically managing the music… you’re not deejaying! Anyway, sure its changed, the technology has taken quantum leaps since the days of… No constant queue, no variable speed (33/45 only), no sound effects or sound control except for volume!

Have there been recent projects which we should pay attention to that are coming up that you would like to share?
I recently accepted the VP of Radio Promotion position at Pacific Electronic Music (PEM). 100% dance music with focus on NuDisco/NuHouse. We are at Radio with our 1st single Aristofreeks feat Kathy Sledge “Keep It Moving ” and have some insane stuff on deck including a banger by Aristofreeks feat Next Step “Get On Up“. Next step is Luci, Alma and Norma Jean (wink). I am thrilled to be back in the dance game! Keep an eye out for Aristofreeks: these fellas can produce and their remixes of the classics are “bananas”. Also, I am thrilled with the response I have to my Facebook group “That’s Disco Before Travolta“, Nothing but popular and rare disco music, photos and swag from ’72 -’82. Over 5000 members (it’s a closed group), including some very big disco legends! Please join y’all! 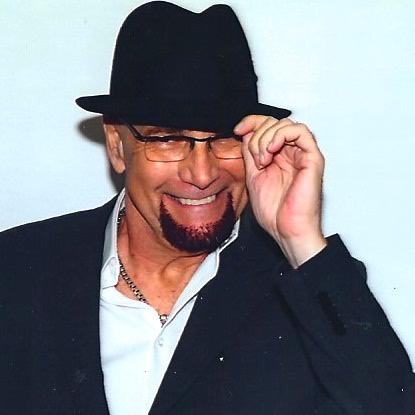 Joey Carvello is part of the MobileMondays! crew. Mobile Mondays! is a weekly event hosted at The Bowery Electric in NYC: Punk Rock, New Wave, Soul, Pop Music, Salsa, Rock and Roll, Calypso, Reggae, Rhythm and Blues, Disco and anything else classic and danceable – all on 45 RPM singles. Discogs presents a very special Mobile Mondays! on the 4th of April, celebrating the Bdays of Large Pro and Diamond D with an all 45 throwdown!