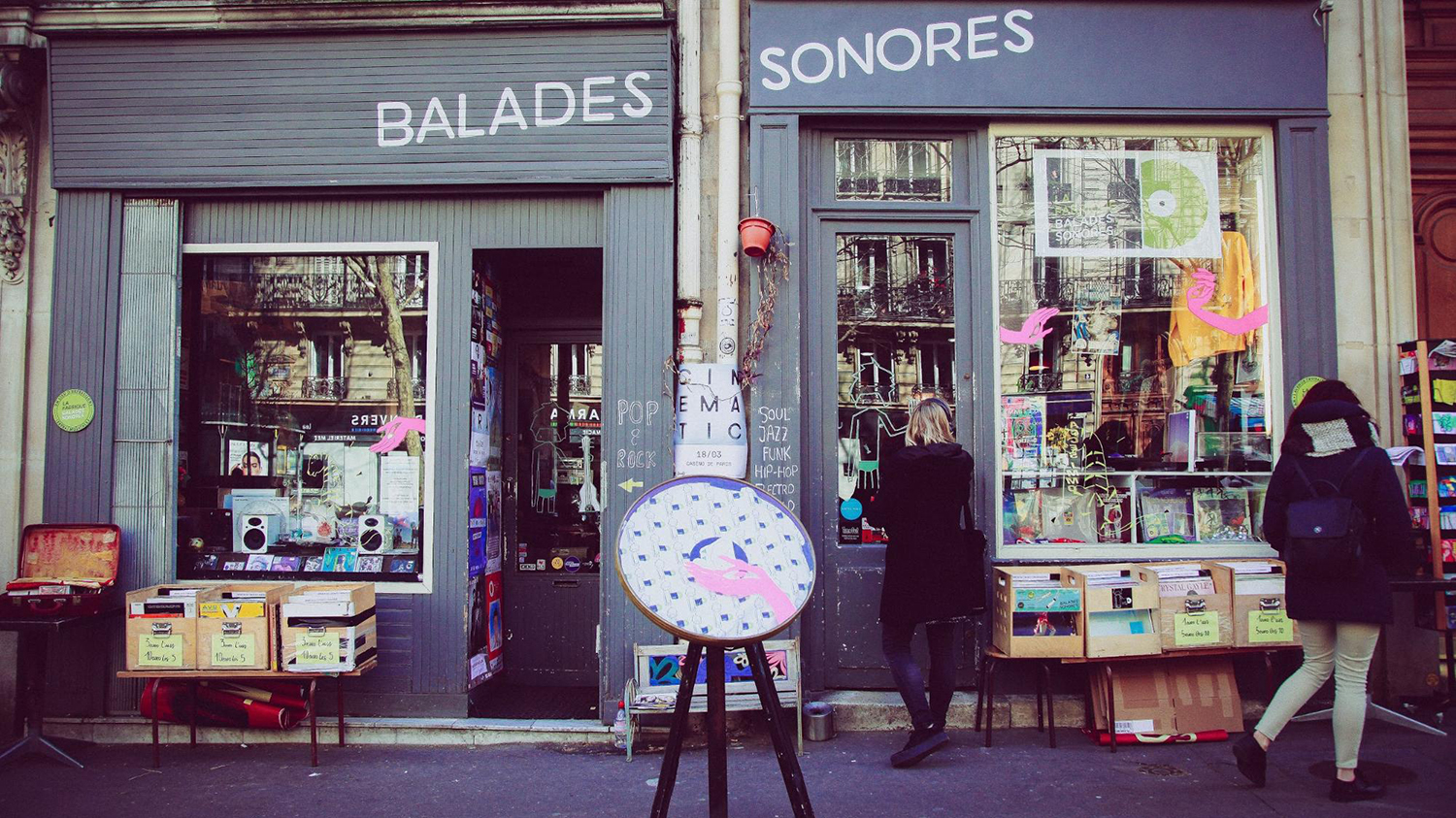 Crate Minds showcases some of the best sellers on Discogs. You’ll meet the people behind the crates (virtual and otherwise), get some insights into the life of a record seller, and learn tips on selling records from the best in the biz. We had a chat with Toma and Esther, who run Balades Sonores in Paris, France.

If you feel like it’s time to buy some records, you can check out the online store on Discogs and find their storefront through VinylHub.

Discogs: What are your first musical memories? What music was playing at home while you were growing up as a child?

Balades Sonores: My father was a big fan of The Beatles; he had some of their records at home and played them quite a lot of the time. So, they had a strong impact on me. I also remember often my father on Sunday morning would play the John Lennon & Yoko Ono record Double Fantasy. The front cover image of them kissing [looked] like aliens for me. I loved them and still do to this day!

Some other records that shaped me musically were: Harvest from Neil Young, Ram from Paul McCartney, Les Paradis Perdus from Christophe, Nino & Radiah from Nino Ferrer, and, of course, all The Beatles’ albums.

Discogs: So how did this turn into you selling records?

Balades Sonores: When we started the project Balades Sonores, before actually selling records, we were more focused on promoting new and local artists. We had ideas around various ways of sharing our new musical discoveries with people. Things like installing “listening corners” in non-music-shops … also, we’d go to events and festivals with a small selection of records to sell. So ramping it up a little more until we were really selling records. Then one day in 2012, we decided to go one step further and open an actual shop as it seemed a natural progression.

Discogs: Is Balades Sonores just you or are you a team? Could you tell me a little bit more about your colleagues?

Balades Sonores: Esther and I started the project more than 15 years ago, but all this couldn’t exist without the work of our small team. We defined Balades Sonores as a collective and that reflects the importance of all working together. We are now a seven-strong team, between Paris and Brussels in Belgium. Ahead of university degrees or having a huge musical knowledge, what we look out for in our staff is being passionate and open-minded. We need people who share our values. 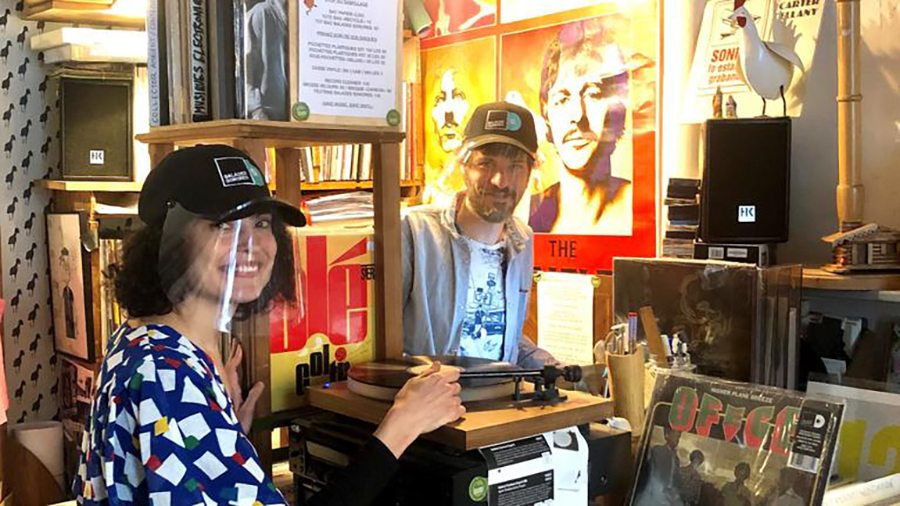 Discogs: So how long has Balades Sonores been a store?

Balades Sonores: We opened the Paris shop in January 2012, and by acquiring the shop next door in 2015, we grew bigger. So then in 2016, we opened Balades Sonores, Brussels.  Then in addition to our two physical shops, we launched the online store in 2018.

Discogs: What are the main genres you stock at Balades Sonores? Has this changed over the years?

Balades Sonores: When we opened, we had mainly pop, rock, and experimental music as that was what we knew best, but we soon developed our tastes and stocked other genres. Things like electro, jazz, and hip-hop right up to world, soul, and funk grooves. We keep old and new vinyl, plus CDs and cassette tapes. Balades Sonores is not just a record shop, it’s also a place where you can find all types of curious creations from Chicamancha. This is my partner Esther’s handmade clothing, drawings, ceramics, and artwork. We have a small selection of books and turntables. 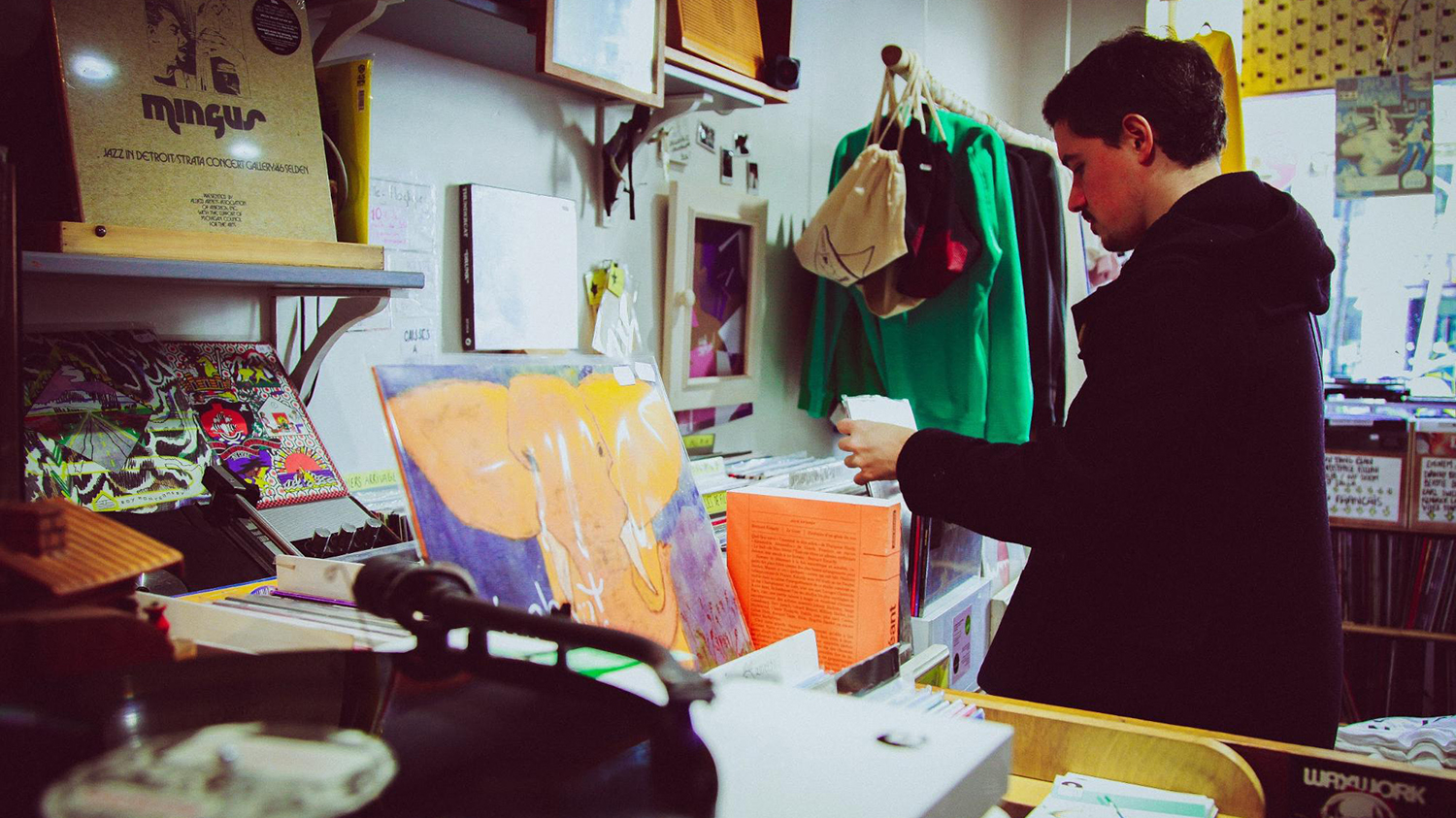 Discogs: Do you have any personal favorite records at the moment?

Balades Sonores: Every day is a school day for me. I’ll never stop getting excited about new albums that I hear.

However, looking back and if I had to name my all-time favorite artists, that would be artists like The Durutti Column, L7, The Flaming Lips, Pharoah Sanders, Christophe, Paul McCartney, and Hosono & Sakamoto

In regards to new music, I follow labels as opposed to individual artists as I trust their judgment and in turn, they help me keep up with the best new acts. Labels like Teenage Menopause, International Anthem, XL Recordings, Sacred Bones, Woodsist, Warp, Mexican Summer, Erased Tapes, and Bongo Joe

I also keep up-to-date with the great work of reissue labels, too, who work tirelessly to showcase great music: Light in the Attic, Wewantsounds, Mr. Bongo, Numero Group, and Soul Jazz Records.

Discogs: Could you sum up Balades Sonores’ ideal?

Balades Sonores: Balades Sonores has been built on our values. Despite us growing bigger during recent years, we’ve remained true to our first objectives … to meet people, share music, and respect the work of everyone in this very fragile industry.

We must all build bridges between genres and cultures, and try to bring the underground inline with the more established acts enjoying success. Thanks. 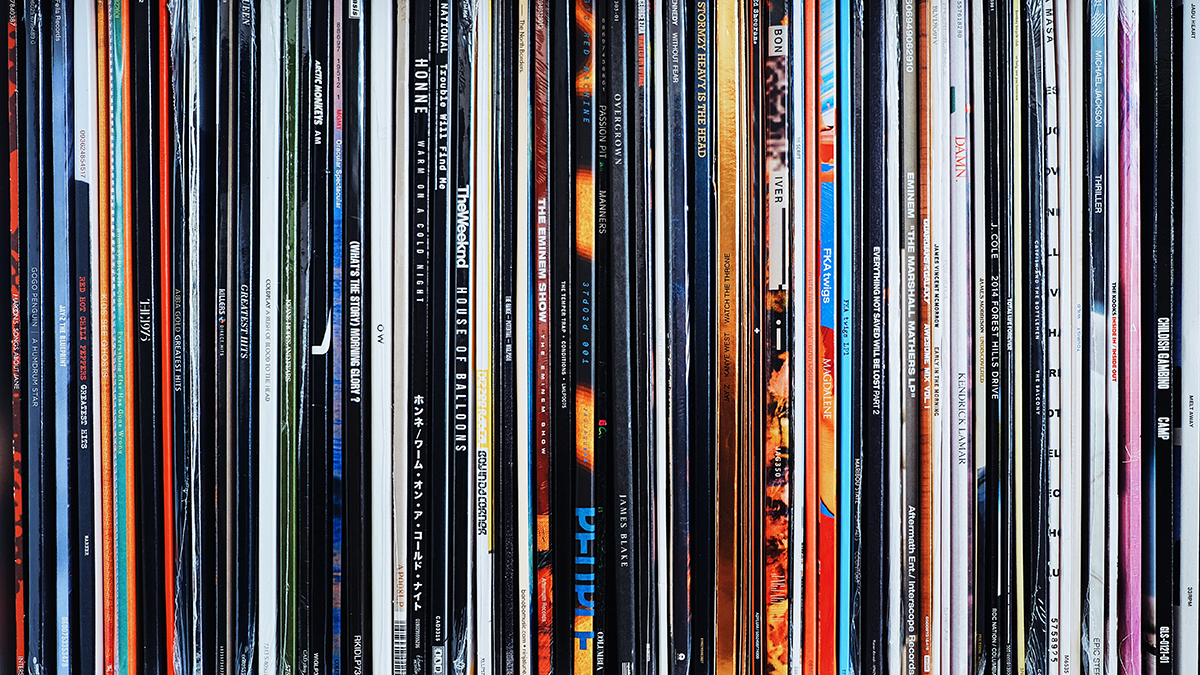 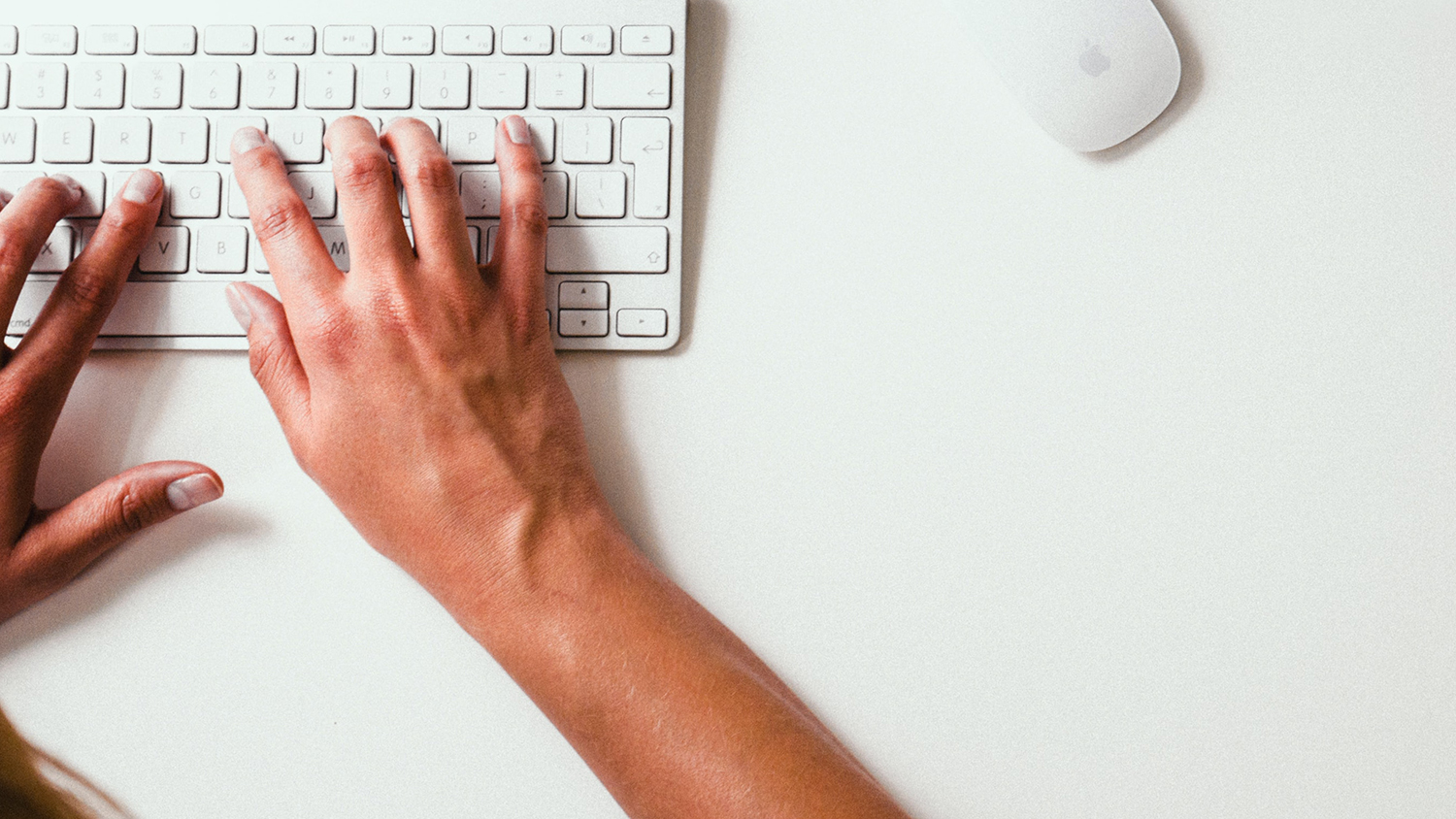 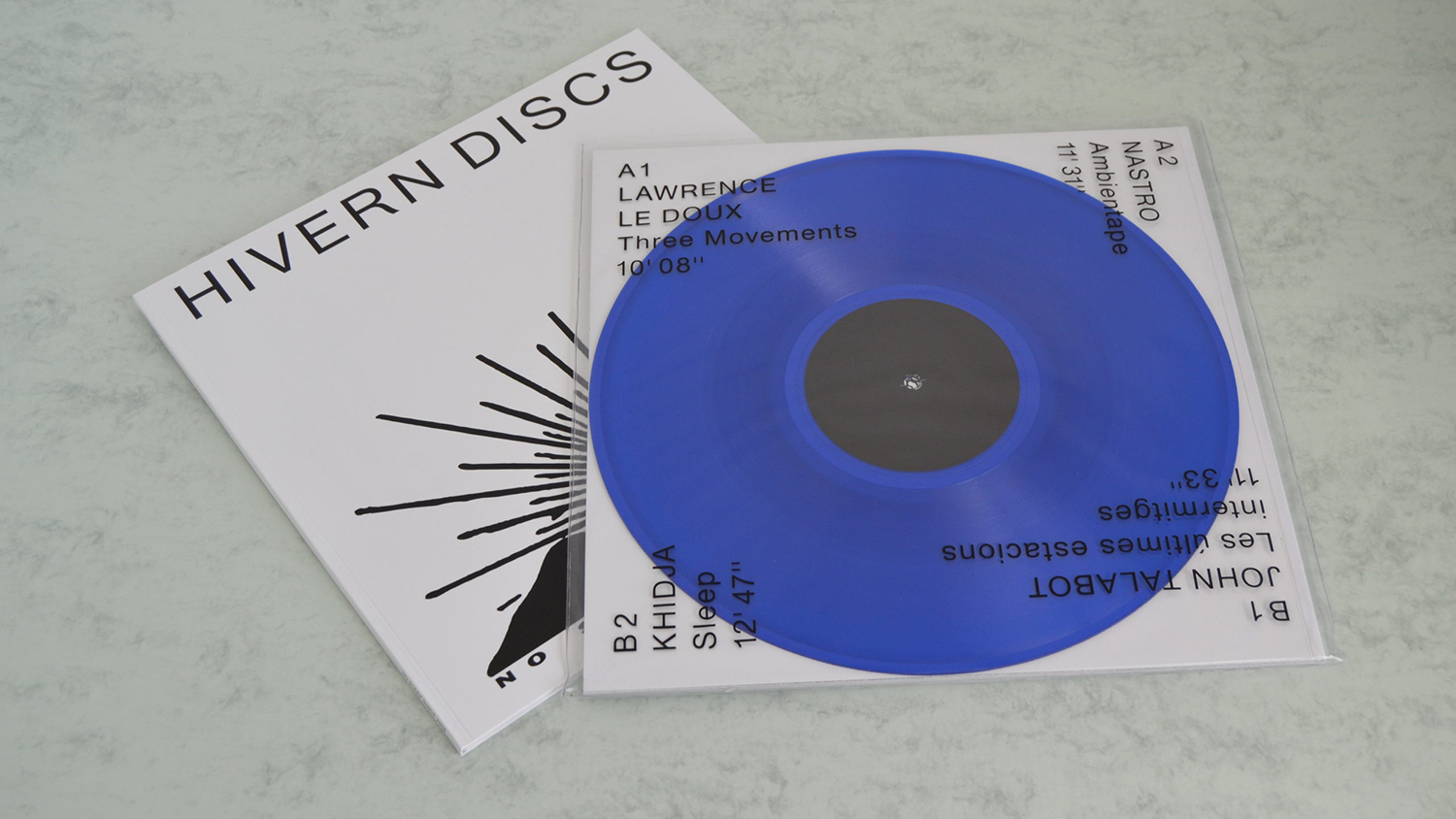