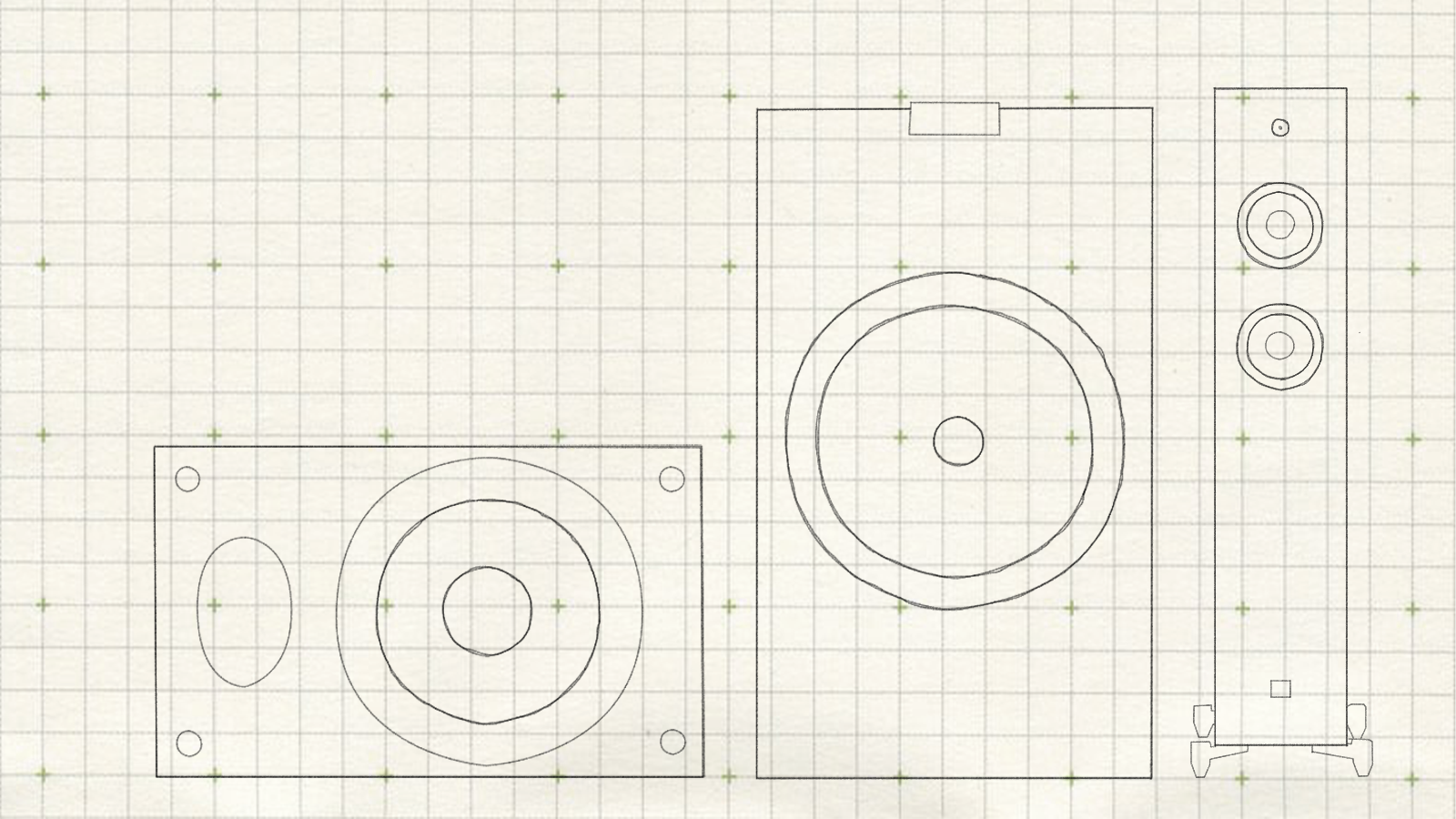 Smart people believe that loudspeakers have the most profound impact on the sound of a stereo system. Every link in the chain is important, but if the speakers don’t speak to you, then you won’t listen.

The best way to choose a speaker is to audition them, but that isn’t easy to do these days. There used to be multiple stereo shops in any given city, where an aspiring gear lover could spend an afternoon listening to Aja on repeat until that jerk, Kenny, kicked you out.

With online sales being the best option for many, all you can do is research and take a chance. That’s why we have a guide to the best affordable speakers, with prices topping out at $600 and options all the way down to $55.

There’s a range of powered and passive designs — the former come with a built-in amplifier while the latter require an external amp — and we tried to choose models that combine high quality, low prices, and an outstanding track record. Have fun.

We only pick the coolest stuff because we like it. However, when you purchase something through our affiliate links, Discogs may earn a commission. 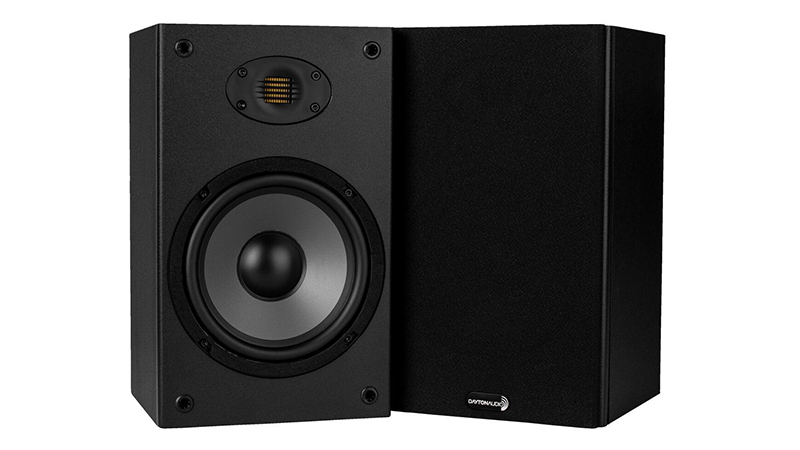 The $55 price tag isn’t a typo. This is an upgraded version of the cult overachiever Dayton B652, which got so much buzz online that it was even reviewed in Stereophile. That model is still available for $455 but the Air version sports an Air Motion Transformer (AMT) tweeter that sweetens and extends the top end. These are passive speakers with a 6.5-inch woofer and they have plenty of limitations. But if you’re on an incredibly tight budget, these deliver way more sound than they should at $55. 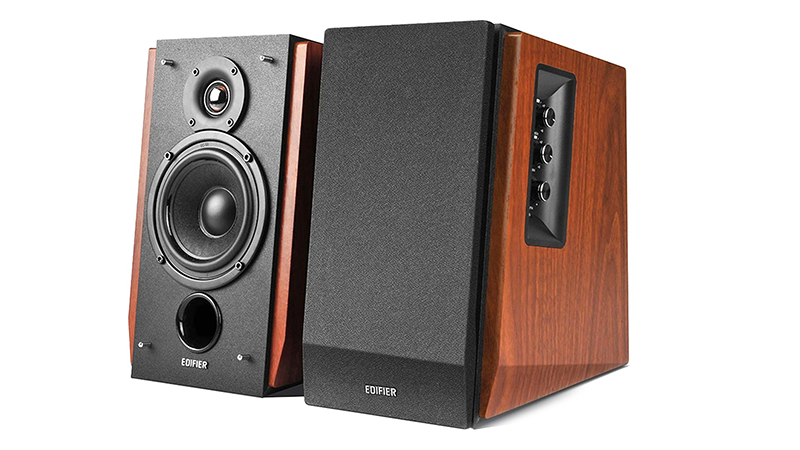 These tiny wonders don’t take up much space, look surprisingly good, and they’re powered, so all you need is a turntable with a built-in phono preamp and you’re good to go. They also have Bluetooth connectivity, which is handy for a quick phone session, remote control, and tone controls. The Edifier house sound is famous for its lower midrange bump, which makes them sound full and much bigger than they are. For an extra $50, the R1850DB version gives you more flexibility with a subwoofer output and two digital inputs. 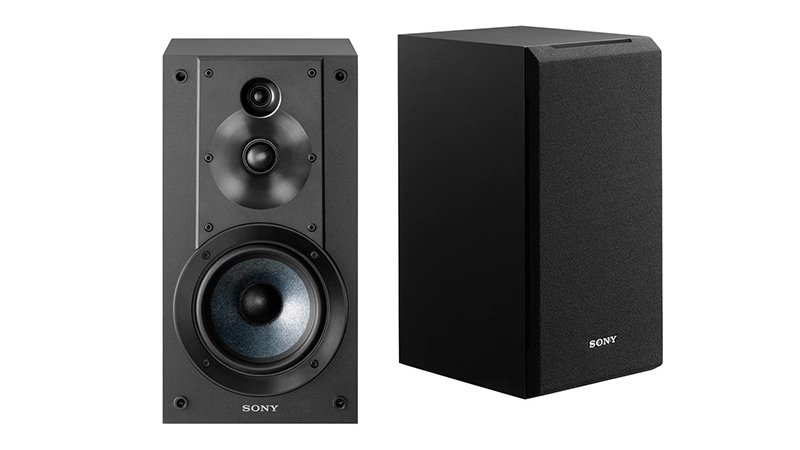 This is the only three-driver speaker at this price point, although it isn’t a traditional three-way; it has a woofer, tweeter, and super tweeter instead of woofer, midrange, and tweeter. That’s a lot of treble energy, so if you’re extra sensitive to those frequencies, think twice — but Sony did a good job integrating the two tweeters. There’s a lot to love about these passive beauties, especially for the price. 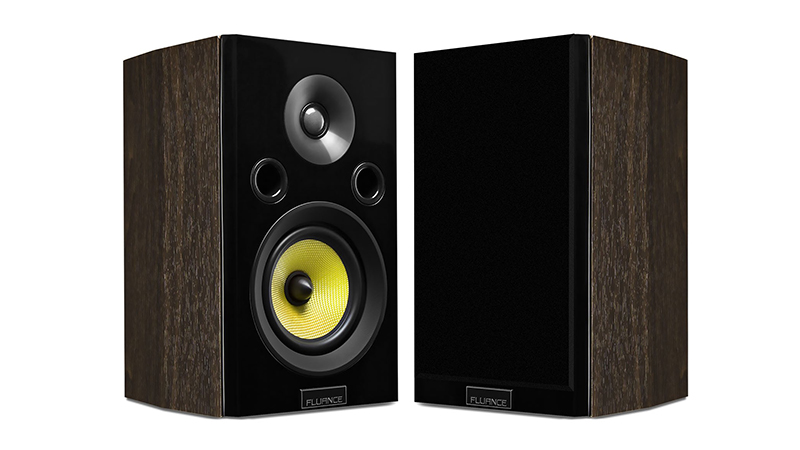 Fluance is a Canadian company that has had a high profile with budget-minded Canucks for two decades. Fluance gear offers absurdly good quality for the money, and these passive two-ways might be the finest, most balanced speaker you can get for this price. You can order direct from Fluance and get a free 30-day trial, with free return shipping, and they have a lifetime warranty. Think about that for a second. If you already have an amp, these have to be on your list for consideration. 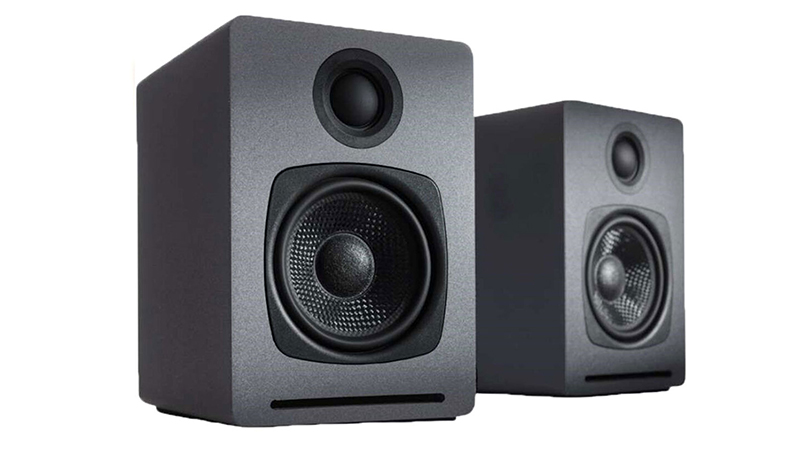 Audioengine was the first line of powered bookshelf speakers that I remember getting universally praised for the holy trinity of budget audio: balanced sound, superb build quality, and features. Although you won’t get deep bass out of these, the 30 watts per channel Class D amp will fill your room and the Bluetooth connection is typically strong enough to place them anywhere. A subwoofer output with its own volume control is super handy if you want to add some thump later. 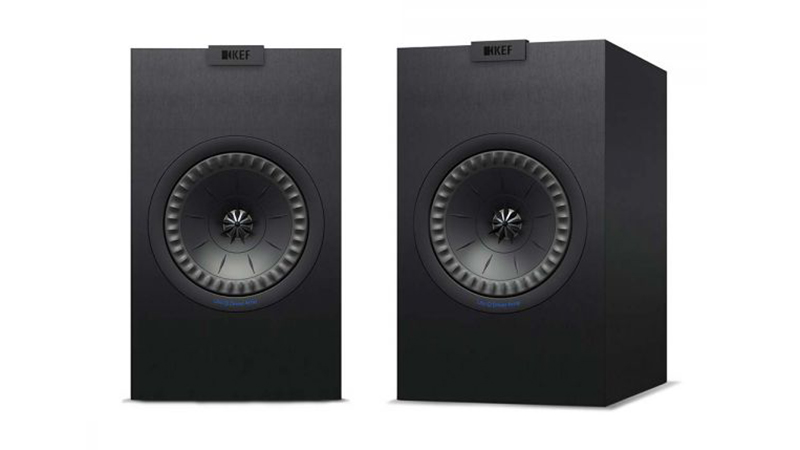 KEF has been one of the world’s finest designers and makers of speakers for what seems like hundreds of years, and they offer everything from the cheap and cheerful to the $225,000 flagship models. The small, very handsome Q150 is a passive concentric design — the tweeter is in the center of the mid/bass driver — which often results in a more seamless, smooth, coherent sound. 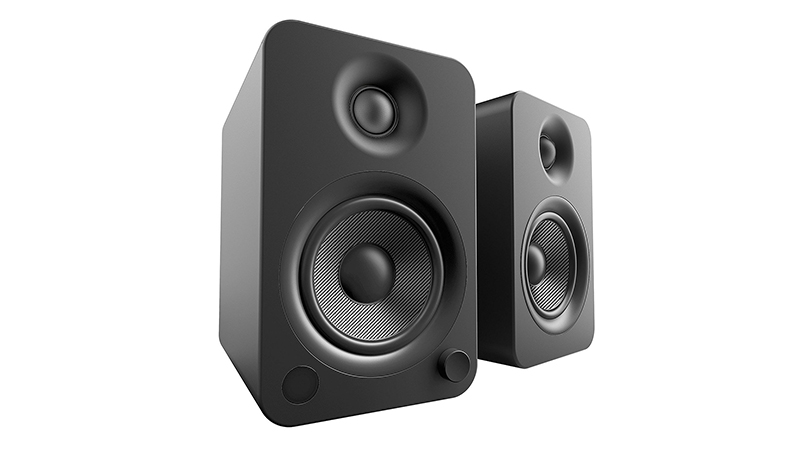 This is an almost absurd value for what you get, but there are some downsides. The good is that there’s a built-in phono preamp, perfect for anyone who owns a turntable that doesn’t have its own, and the amplifier puts out a healthy 70 watts per channel. The bad is that these were designed for near-field use so they’ll sound best when used as a desktop system, but they’ll make music anywhere you put them. At base price, you get a choice of gloss white or black, or matte black, white, or gray. But think about dropping an extra $20 for the bamboo. You’ll get your money’s worth in compliments. 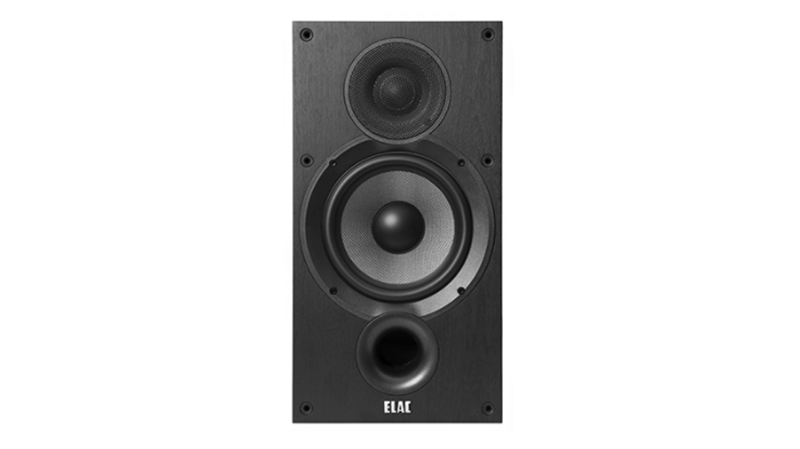 ELAC’s Andrew Jones is one of audio’s top loudspeaker designers, and the most lovable thing about him is that he puts as much effort into a $350 pair of speakers as he does a $35,000 pair. The original Debut B6 (which is discontinued now) caused a lot of music lovers and gear critics to fawn all over their Mobile Fidelity records and the updated 2.0 B6.2 is even better. Its 6.5-inch woofer digs down to 44Hz and the 1-inch silk dome tweeter has a touch of old-school warmth without losing detail. These are passive. 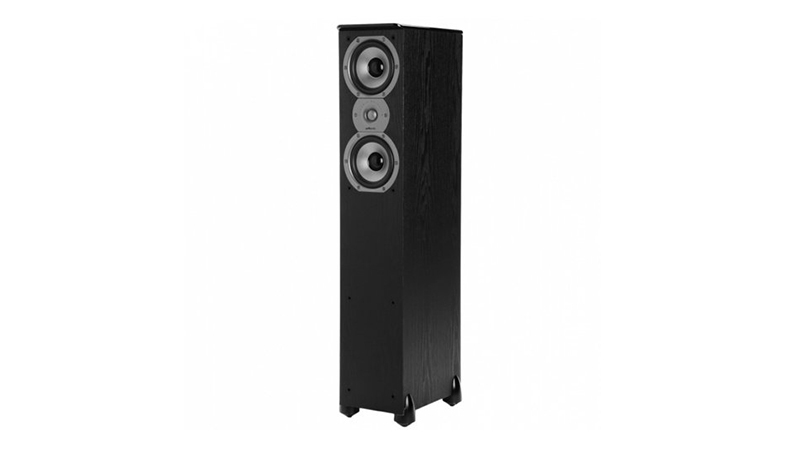 These handsome floor standers with nearly universal five-star reviews can be had for $358, which is a steal. With two 5.25-inch mid/bass drivers and a 1-inch silk dome tweeter, the TSi300s stand a yard high and are highly efficient, which means you won’t need much power to drive them to satisfying levels. Polk is a venerable speaker company with a lot of classic models in its back pocket. 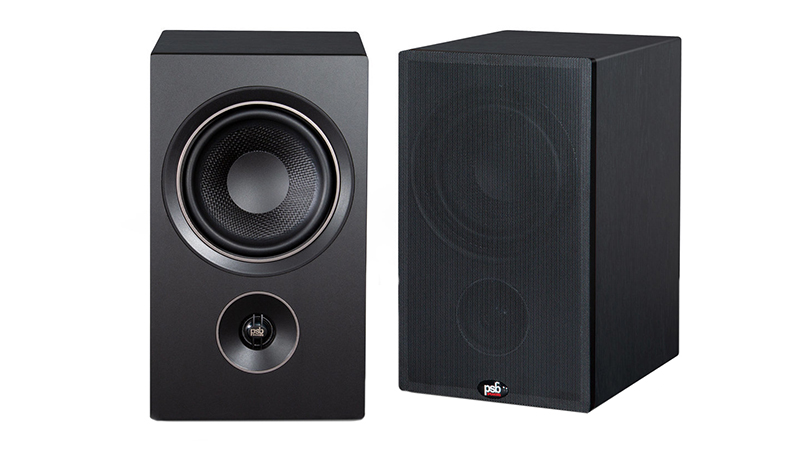 PSB’s line of Alpha speakers dates back to the early-1990s and has long been a go-to for budget connoisseurs. There’s a cheaper model in the lineup, the $220 P3, but the P5 seems to be the sweet spot. There was a very positive review by Stereophile’s John Atkinson, who frequently reviews $40,000 speakers, which he concluded by writing, “For communicating the message of your favorite music, this little speaker scores super big-time.” Designer Paul Barton flipped the script with the new Alphas, placing the tweeter below the woofer, claiming that it makes for a more coherent sound. 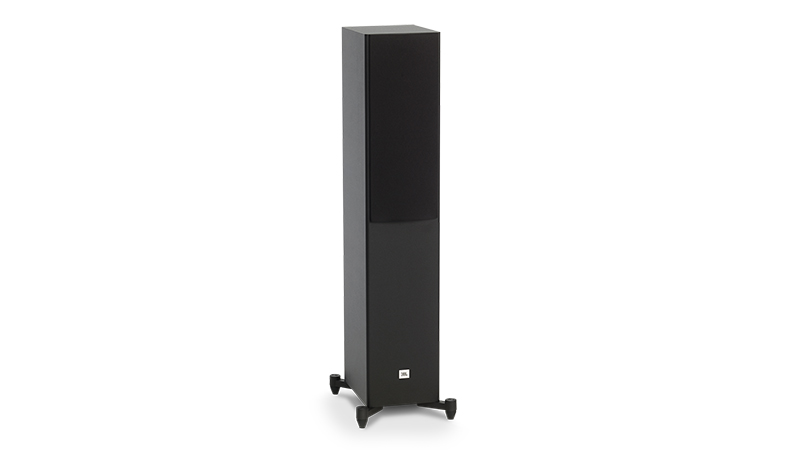 It was hard to decide where to place these. Technically, they retail for $600 per pair, but JBL looks to be running a long-term discount that will get you a pair for $360 at a number of online retailers. That’s insane. The A170 are three-driver floor standers and are one of JBL’s best-reviewed speakers in years, with enough grunt for Zeppelin and enough nuance for Willie Nelson. The passive A170s are close to 37 inches tall but only 7.5 inches wide, making them easy to place. 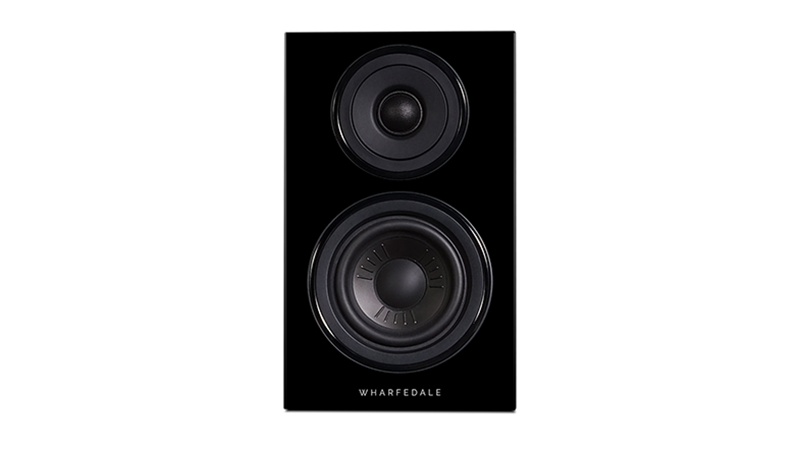 There was no way to get through this guide without a Wharfedale speaker. This UK-based hi-fi company was started in the 1930s and has been responsible for a number of classic designs. In recent years, its long-running Diamond series of speakers have become huge favorites of budget audiophiles, and the 12 series is the latest. The 12.2 is a passive design and the largest bookshelf model in the Diamond series — although its footprint is still relatively small at 13 inches tall and 12 inches deep. Wharfedale’s signature sound is on the warm side. 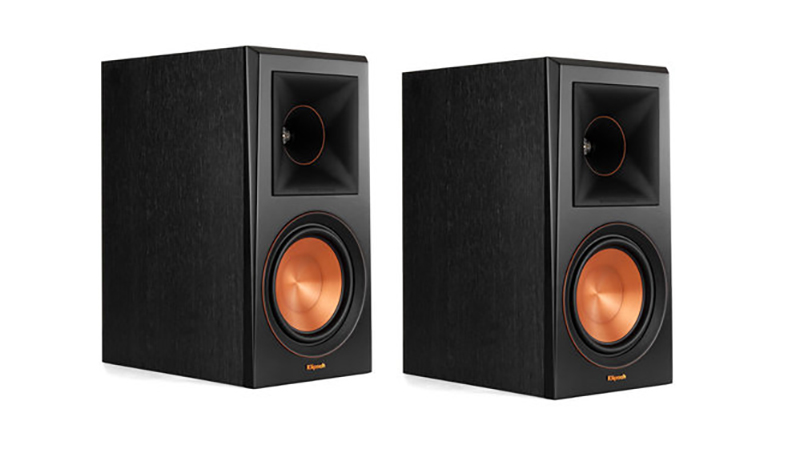 Klipsch is one of those brands that can be divisive. Some people crave a lot of treble energy, which the classic Klipsch horn designs deliver in spades, while for others, that energy can be fatiguing. The RP-600M, however, uses a titanium tweeter placed within a waveguide enclosure. There’s a definite difference between the two designs but the 600M still sounds hot, so if you’re the least bit bothered by that kind of sound, keep shopping. If that’s your cup of sonics, then these are high-value, look great, and can be placed near a wall if need be. 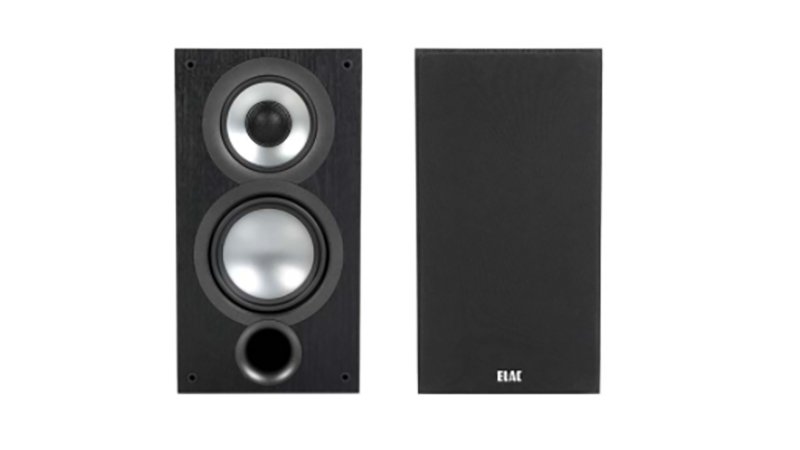 ELAC’s lower-end models are famous for competing with far more costly speakers, and the awkwardly named Uni-Fi UB52 has wracked up nothing but glowing reviews. The Uni-Fi series is much different than the Debut series, which is a traditional passive two-way design. The Uni-Fi uses a concentric driver for higher frequencies, consisting of a 1-inch soft-dome plugged into the middle of a 4-inch aluminum cone. The 5.25-inch woofer is also aluminum. This makes for a far more transparent, detailed, and immersive sound. Although small at around 14 inches high and 11 inches deep, the 2.0s will deliver enough bass to give even hip-hop a fundamental bounce. 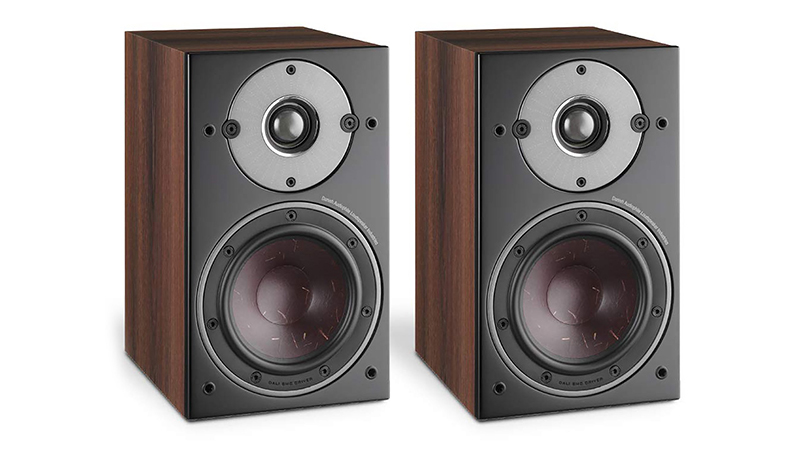 The Danes make great speakers, and while Dali still lives in the shadow of Danish audio giant Dynaudio, the company has been making superior speakers at a good price for many years. The Dali Oberon 1 is a passive design that’s small in stature at 11 inches high but big on refinement. They also look like something out of an elegant fashion shoot. These may not be the best speakers for AC/DC, but if you tend to listen to vocal music such as Townes Van Zandt or a lot of acoustic jazz, these babies will push all of your buttons.