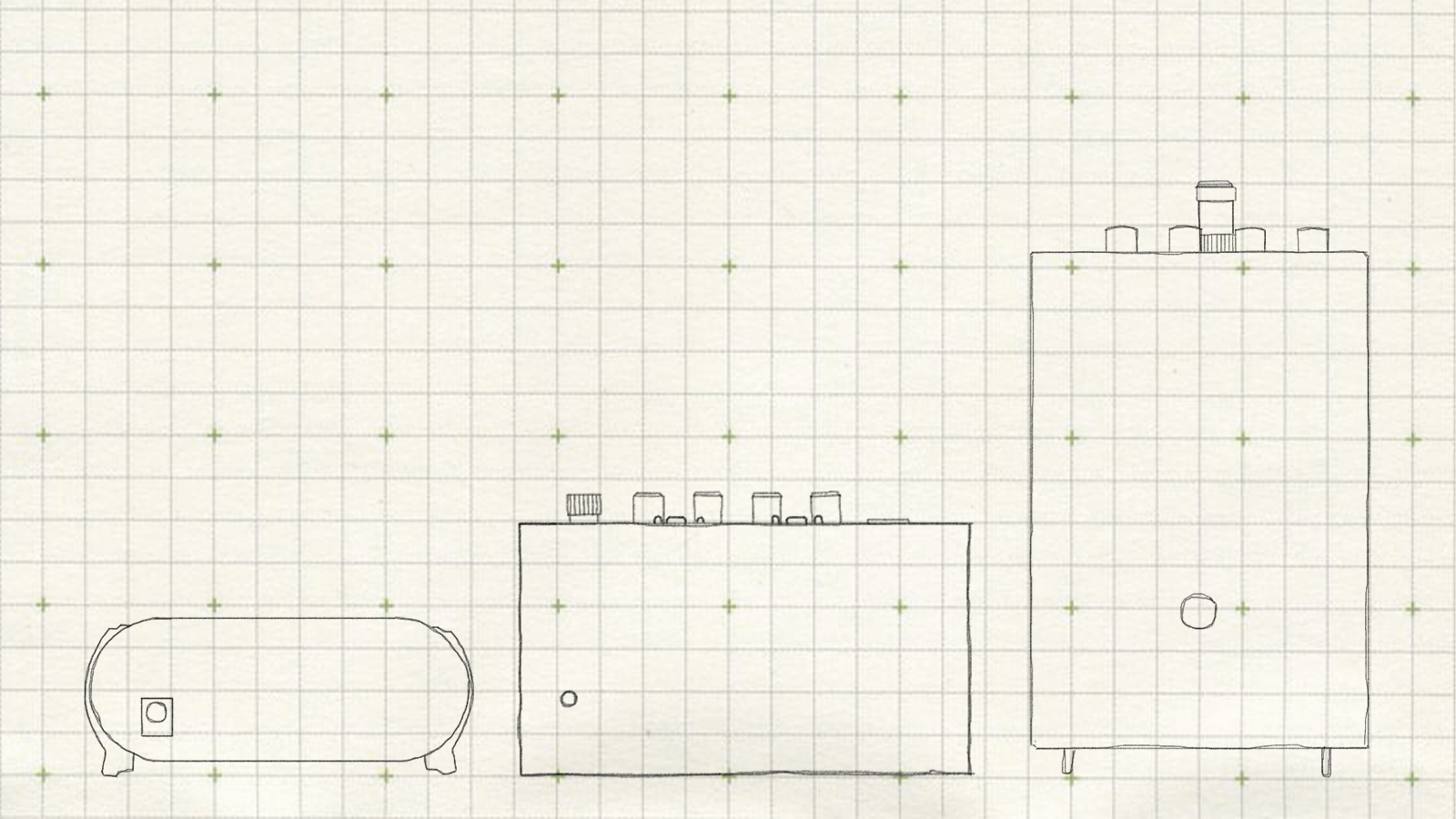 As vinyl rose from the grave like the coolest zombie ever in the early-2000s, there came a wave of affordable new turntables. They were designed for people who had never known anything other than compact discs and MP3s, or for those who had sold their records and turntable at a yard sale for $30 and then bought a couple of Dave Matthews Band CDs.

A common feature on many of these new turntables is a built-in phono preamplifier. They’re needed in order to amplify and equalize the signal coming from a phono cartridge before passing it down the line.

This feature was added because most manufacturers of mainstream audio components, such as audio-video receivers, stopped including phono preamplifiers as a standard option. But turntables with a built-in phono preamp can easily be used with any receiver or simply a pair of powered speakers.

However, many phono preamps built into turntables are average or worse. Improvements have been made in recent years but it’s pretty easy to noticeably upgrade your sound if you’re willing to spend a few bucks (or a lot of bucks).

Our guide to the best beginner phono preamps will give you the run-down on popular and worthy models at several price points, but with an emphasis on the affordable end of the scale. We’ll take a look at features, reputations, and aesthetics, with a special interest in bang-for-the-buck.

It’s tempting to say not to bother and just save your money for the next step up, which isn’t that much higher, because there’s no such thing as a $25 phono preamp that will better the one in your Audio-Technica or Pro-Ject turntable. But if you’ve lucked into an older turntable and your AV receiver doesn’t have a phono stage — and you have next to no budget — then there’s one option at this price point that will competently pass a signal. 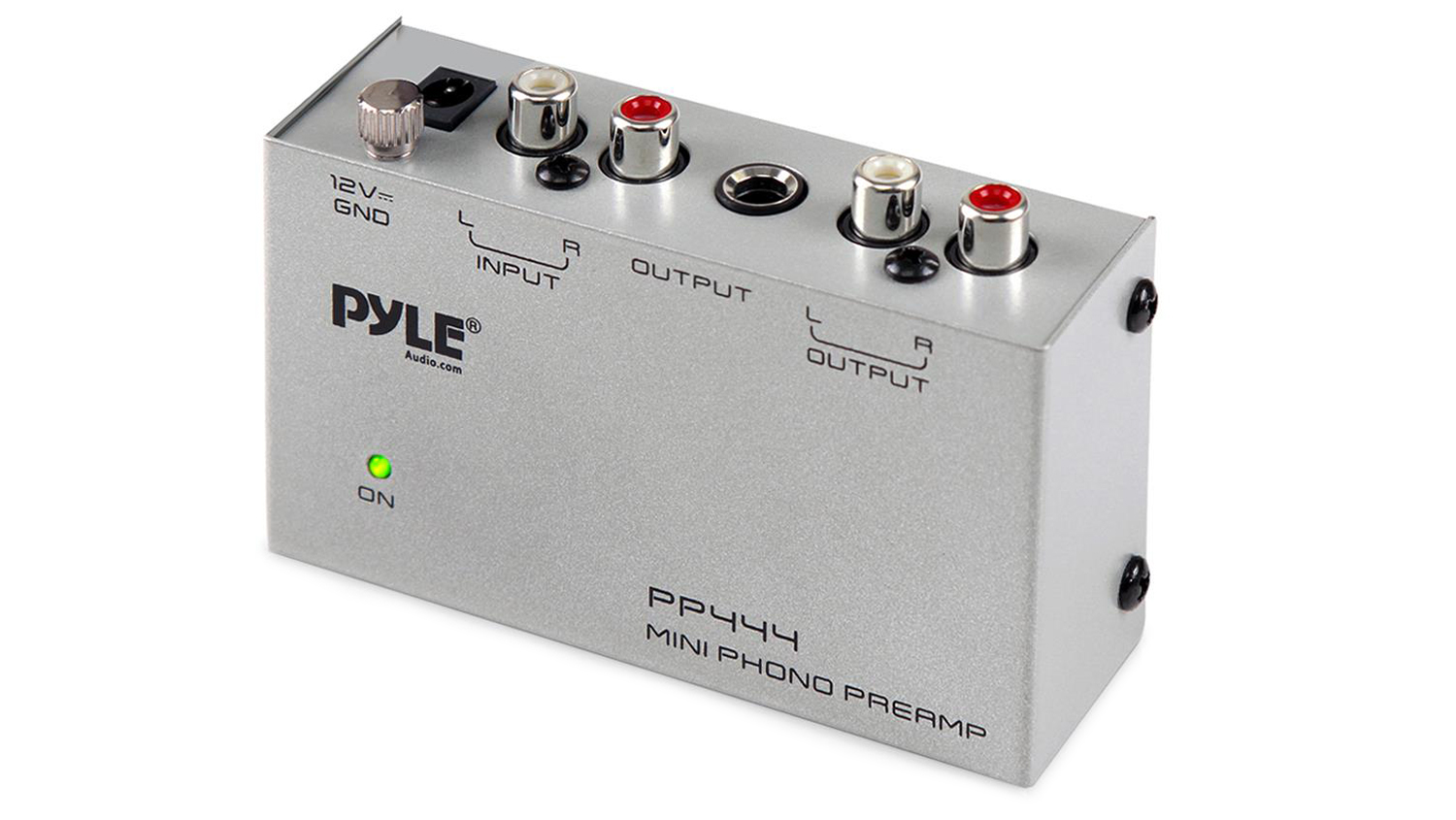 At under $50, the Pyle lets you listen to records and doesn’t screw things up. You’ll find plenty of users on Reddit or wherever giving it a big thumbs up, but you can bet your record collection these people haven’t heard a quality phono preamp. The Pyle is fine, seems reliable, and is easily found online, along with two dozen knock-offs of the same design.

Things get more interesting at this price range, with added features and sound quality that will almost certainly better what you’re getting from the built-in preamp in your turntable. 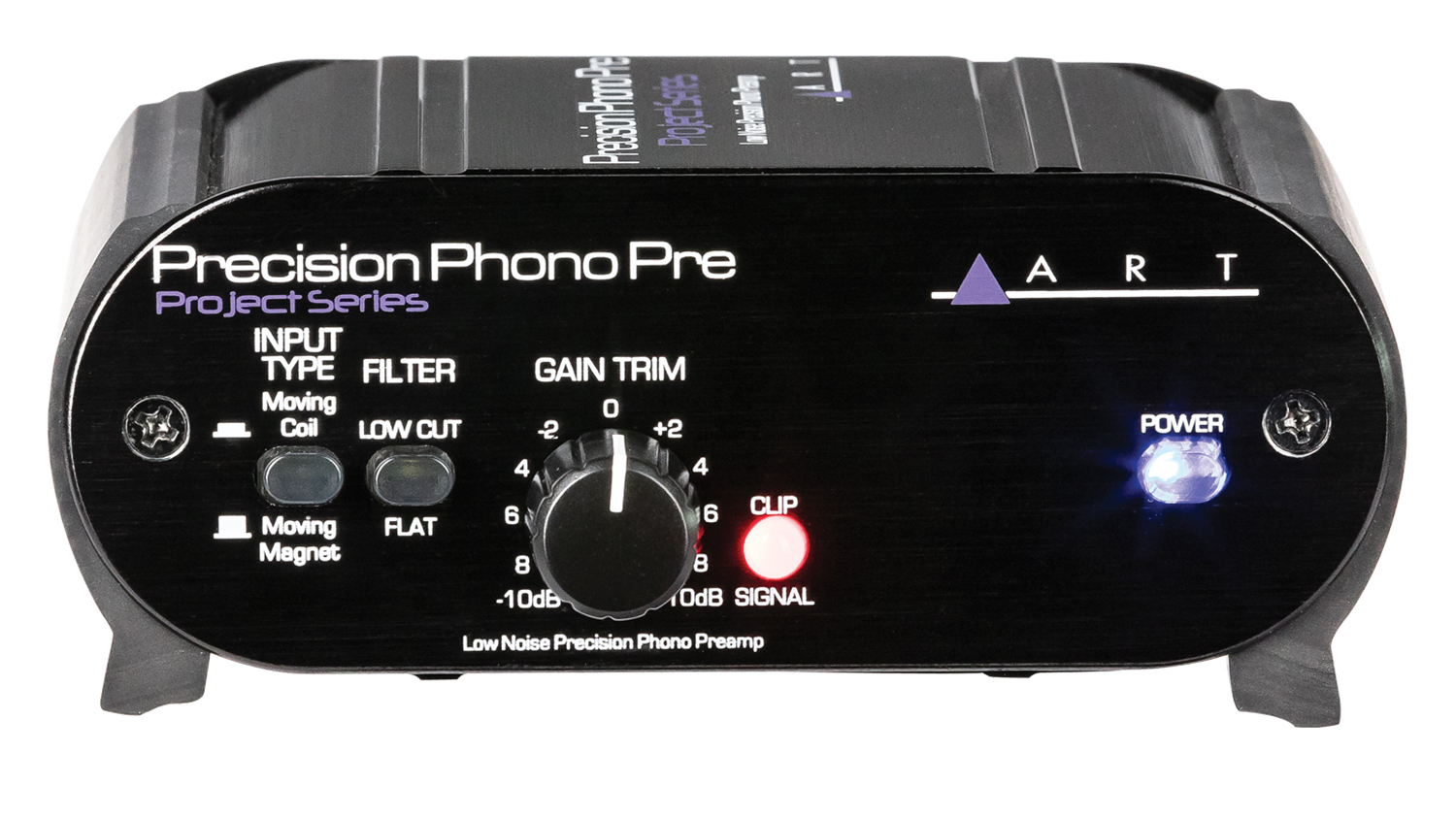 Available at a variety of retailers for around $65, the ART is used by a lot of budget gearheads and offers surprising features for the price. It has two gain stages, meaning it can be used with moving magnet cartridges (which have a high output) and moving coil cartridges (which generally have a very low output). It also has a rumble filter, which can be handy if by necessity your turntable is too close to your speakers, and a gain trim, which potentially could fine-tune its use with your receiver or integrated amp’s volume control. Don’t expect miracles; you’re really paying for versatility more than anything else. 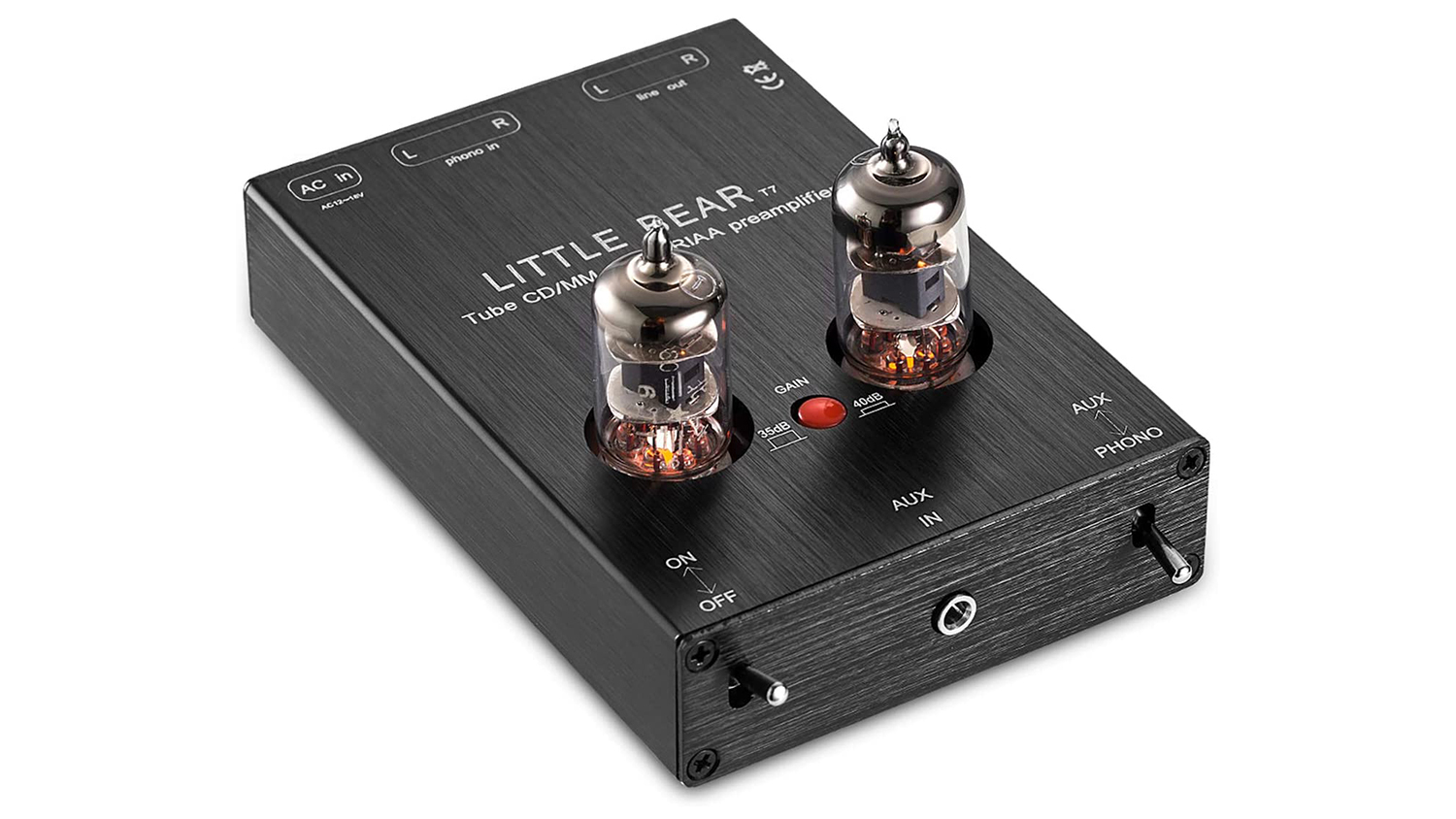 This recommendation comes with caveats. This $58 unit is cheaply made and the tubes are used simply as a buffer (and decoration), but it has captured the imagination of many vinyl lovers. The main thing to remember is that before using it, you have to pop off the front panel and gently push a small plastic switch away from you, which switches it from “High” to “Low” (here’s a photo showing where the switch is). The “High” position puts out too much gain and will very likely cause distortion. It’s also best to buy a nicer set of tubes. Like I said, lots of caveats but people love this thing. 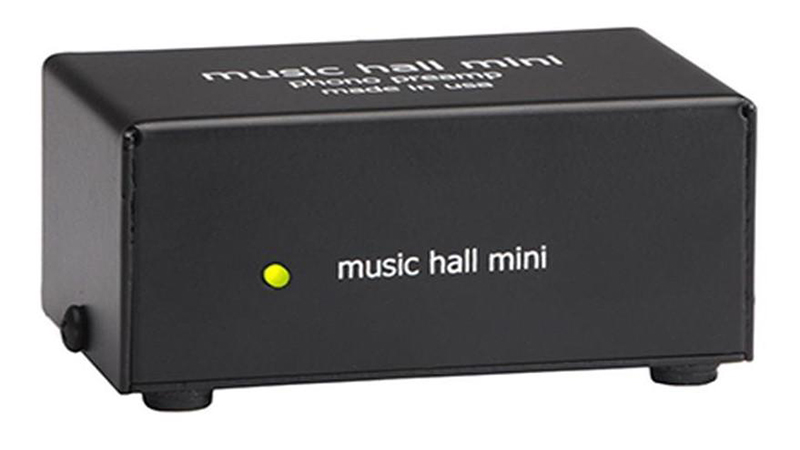 Roy Hall never abandoned vinyl and Music Hall, based in New York, has been a mainstay on the scene for 35 years. Music Hall’s reputation is for quality and simplicity, and the Mini is a fine example. For $90, you’re going to get sound that betters a built-in and, if you’re the type that would prefer to plug something in and forget about it, the Mini is minimalist. It will work with any moving magnet (MM) cartridge or with very high output moving coil (MC) types, and its only frill is a 3.5mm output that can be connected to a Sonos system. 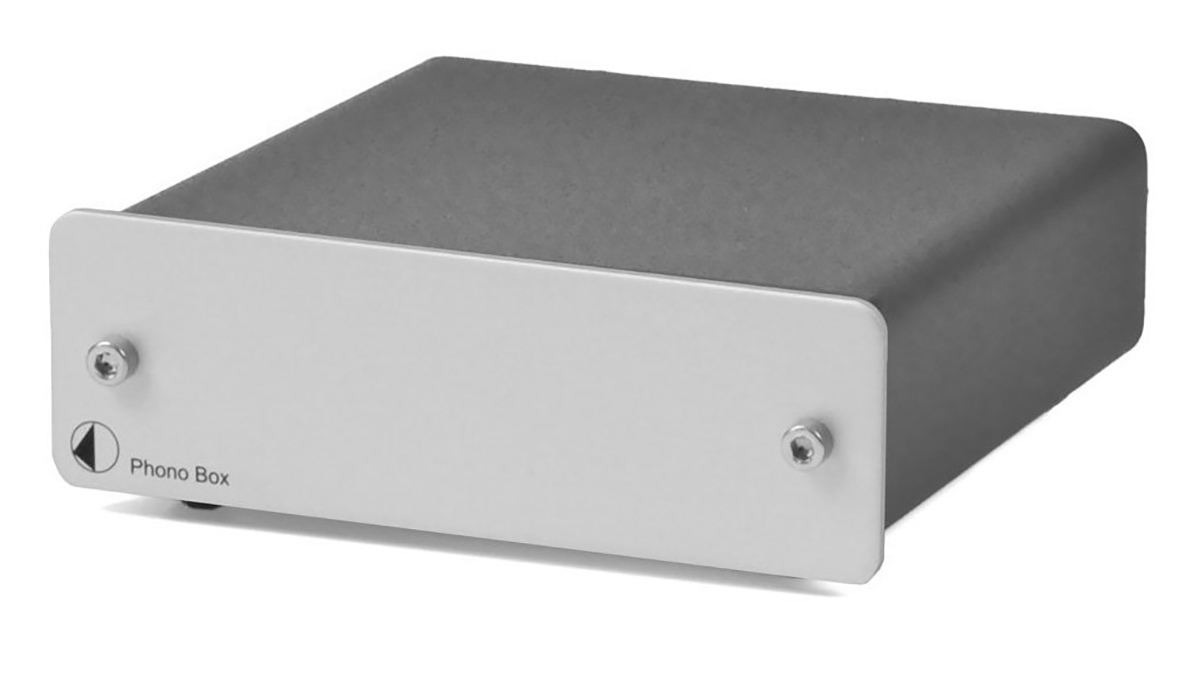 Another minimalist effort, the Phono Box DC is a sleek little $99 box that offers two beefy gain stages, 40dB for MM cartridges and a very handy 60dB for MC. Pro-Ject’s initial reputation for good value was based, in part, on the original Phono Box and the DC honors its legacy. If you’re disinterested in MC cartridges and not concerned about looks, go with the Pro-Ject Phono Box MM. It’s strictly for MM carts, costs $79, and the $20 you save could buy a few used LPs.

This price point could be both the sweet spot and end game for many. Unless you go down the audiophile path, which I both heartily recommend and beg you not to, you’re going to get some very good sound for less than $200. 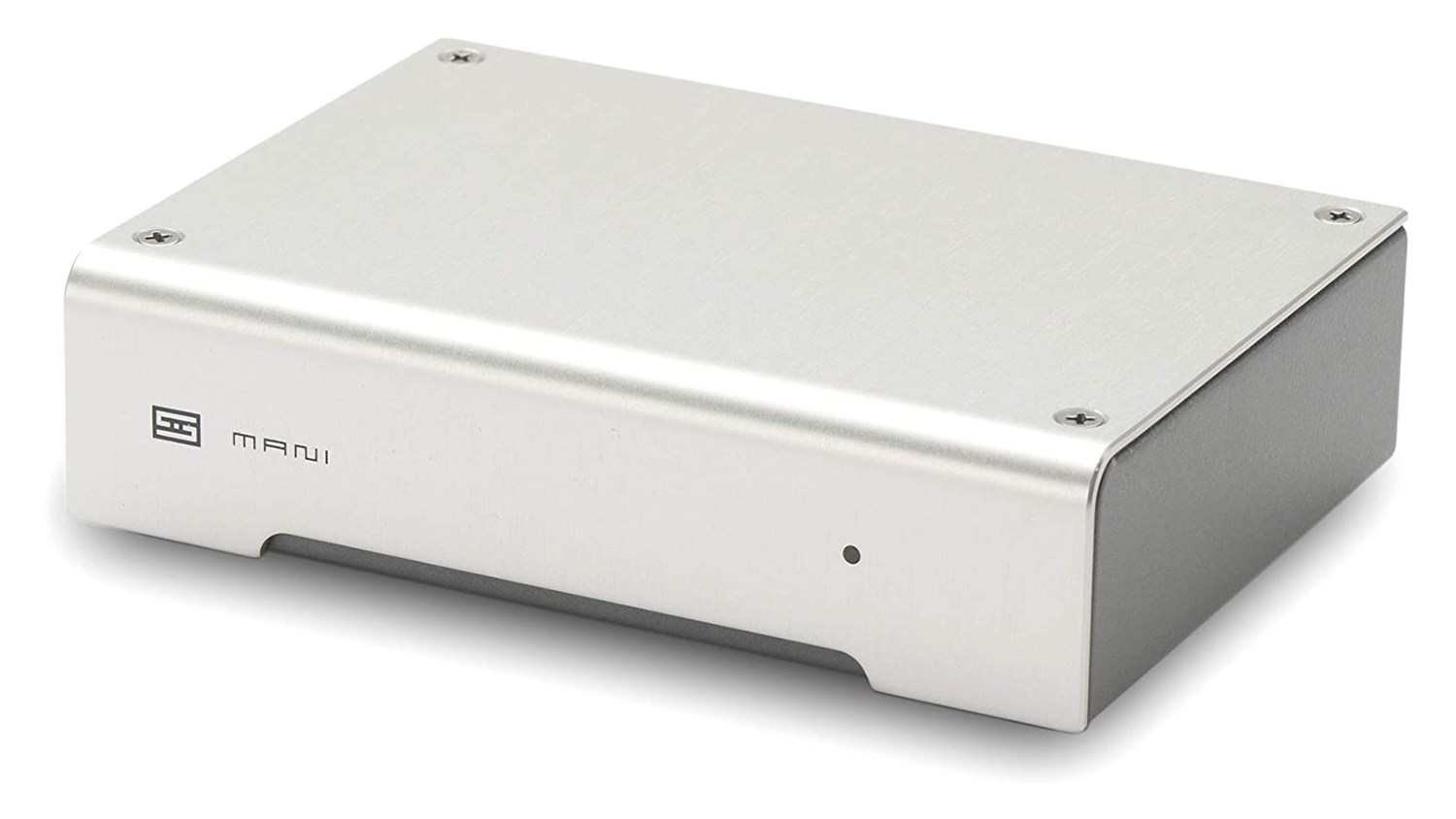 Like most Schiit products, the Mani sounds like it costs a lot more than $149. Its primary strength is dynamics — music really pops with the Mani and effortlessly swings from one extreme to the other. It’s neither warm nor cool sounding, and while it offers plenty of detail it can sound a bit one-dimensional, but only a bit. With multiple gain settings, the Mani can be used with nearly any cartridge on the planet. 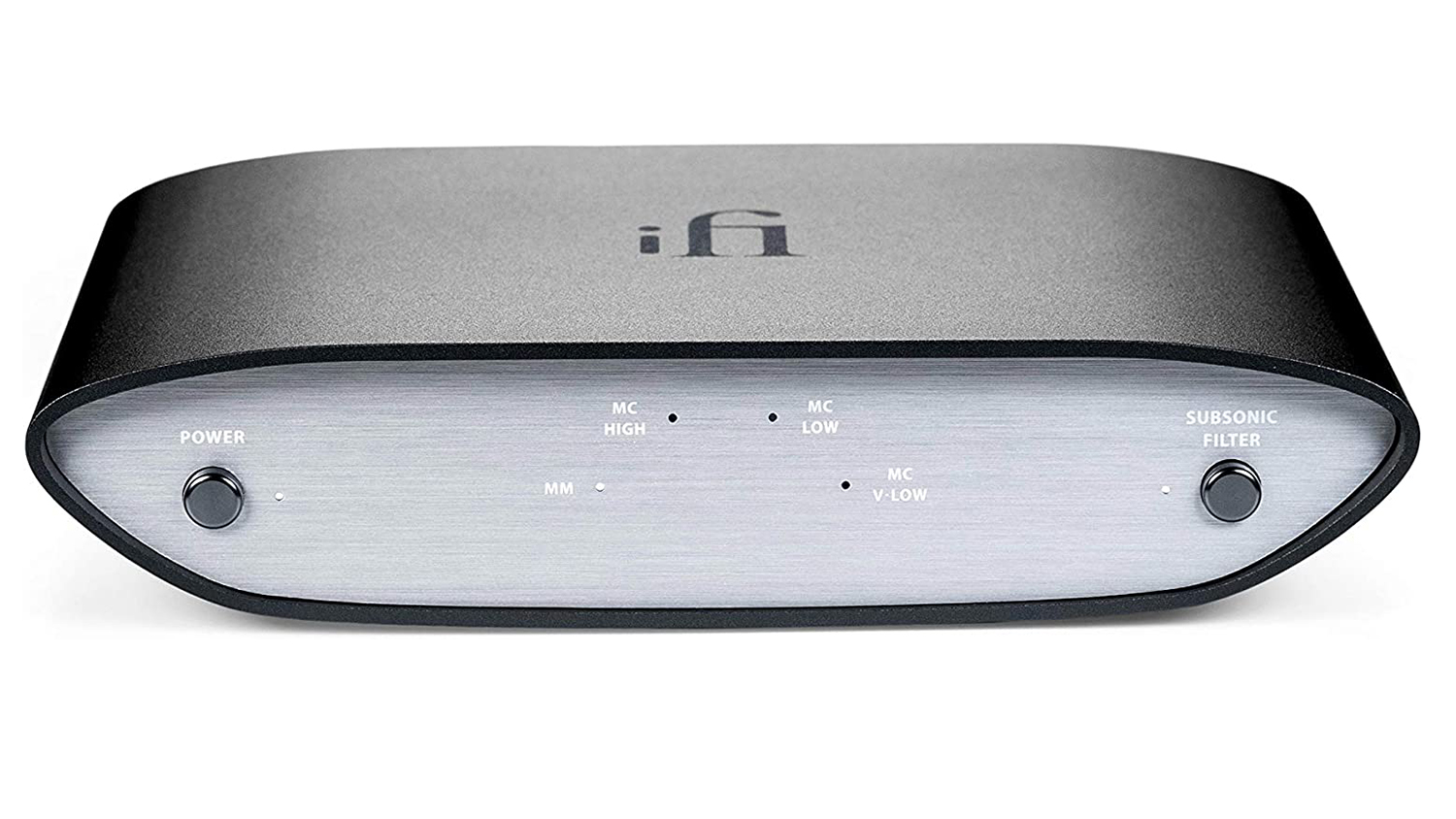 The iFi line of products is some of my favorite bang-for-the-buck gear around. The iFi Zen headphone amp/DAC has changed the quality of my laptop listening tremendously. The Zen Phono is just as good. Also priced at $149, it shares the Mani’s strengths but sonically adds a greater sense of being there; good recordings sound more like musicians in a room. The Zen has four gain stages ranging from 36dB to an astonishing 72dB, and it looks baller. 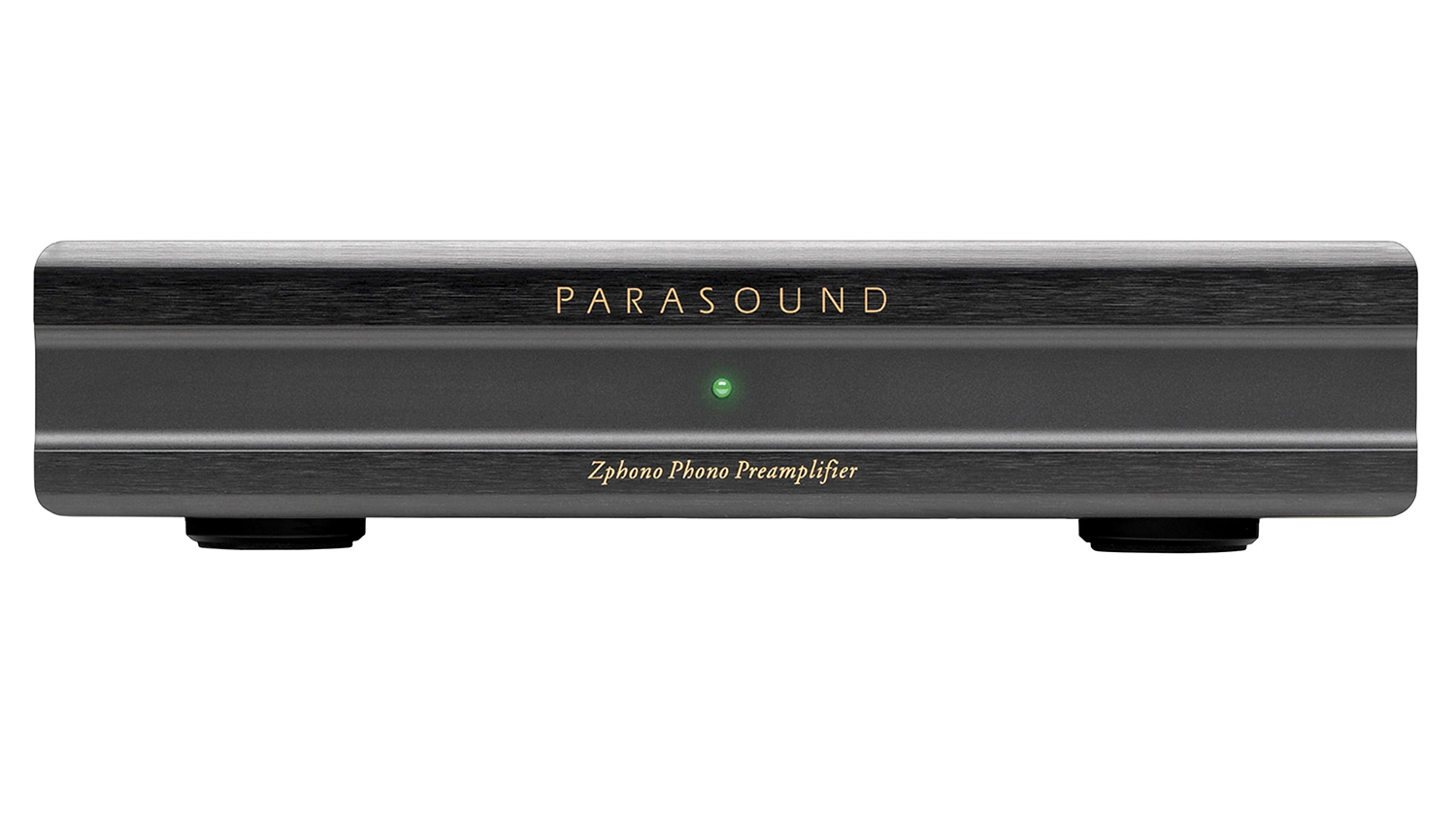 Parasound is one of the great names in both affordable and high-end audio. Its designers are proponents of trickle-down technology, which means that even Parasound’s budget line of products uses elements of products much further up the chain. The Zphono is $200, built like a tiny tank, and will work with both MM and MC cartridges. It’s been around for a very long time for a very good reason: It sounds really nice. 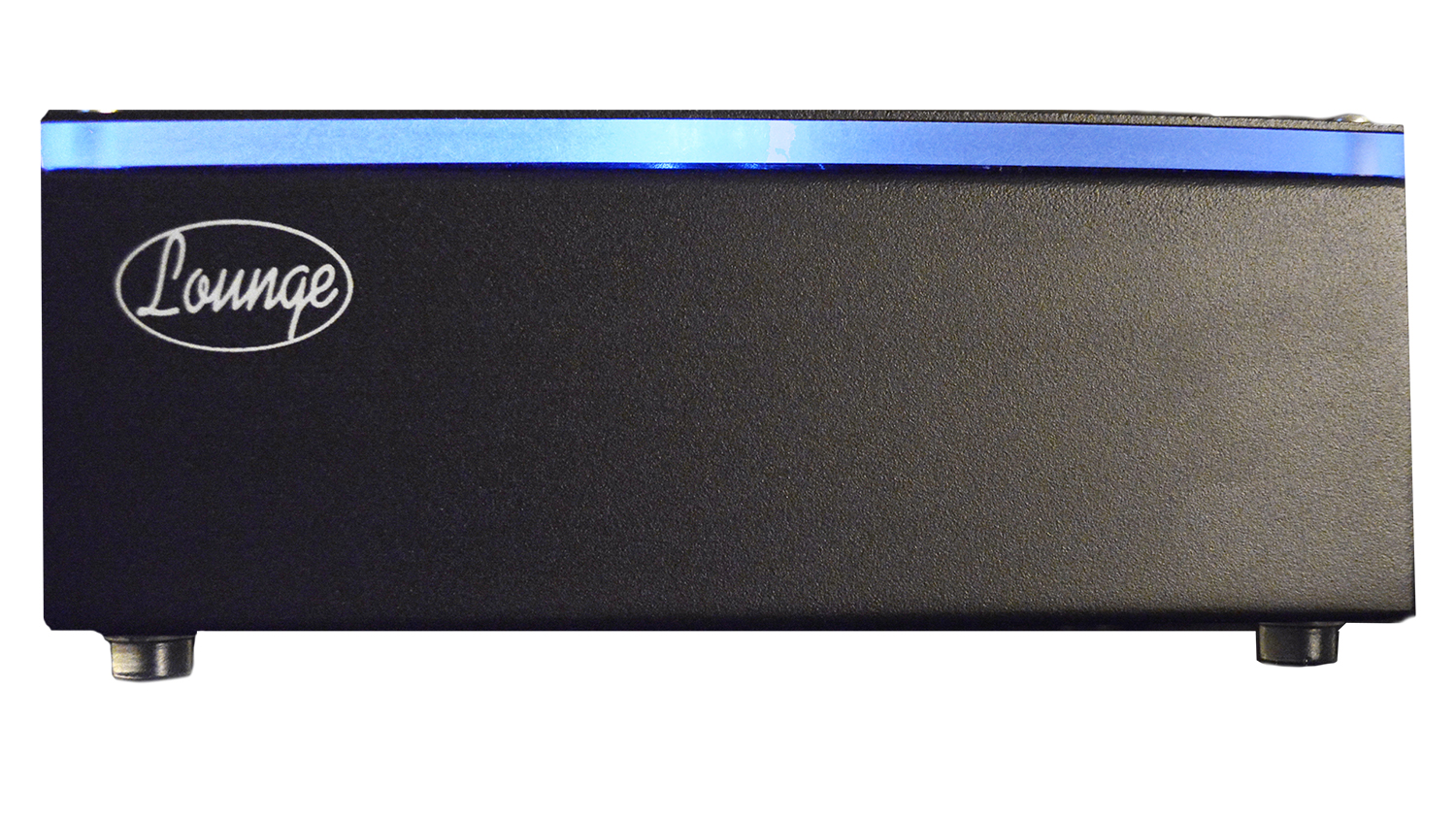 This has been my go-to budget phono preamp for quite a while and it definitely punches well above its weight. Dynamic, quiet, detailed, and very good at giving music a sense of life, it’s a high-value component for $340 (even though it can’t be used with low-output cartridges unless paired with a step-up transformer, but let’s not go down that long and winding road). I liked it better when it was $300 but I’m a cheap bastard. 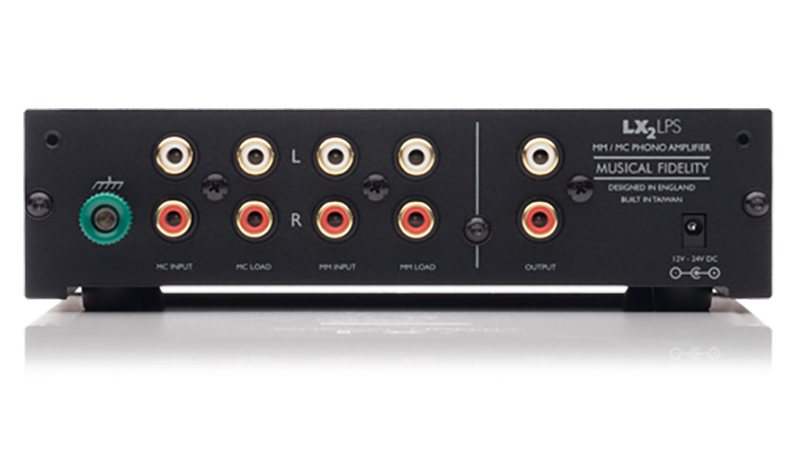 Musical Fidelity is a storied part of audio history. Founder Anthony Michaelson led the company to prominence 30 years ago and now, having been incorporated into the Pro-Ject empire, it continues to produce great products. The $349 LX2 LPS was introduced before Pro-Ject bought MF and the only result was that Pro-Ject’s manufacturing empire enabled a lower price, which makes this preamp a best-buy candidate. Compatible with MM and MC cartridges, it has gotten rave reviews. 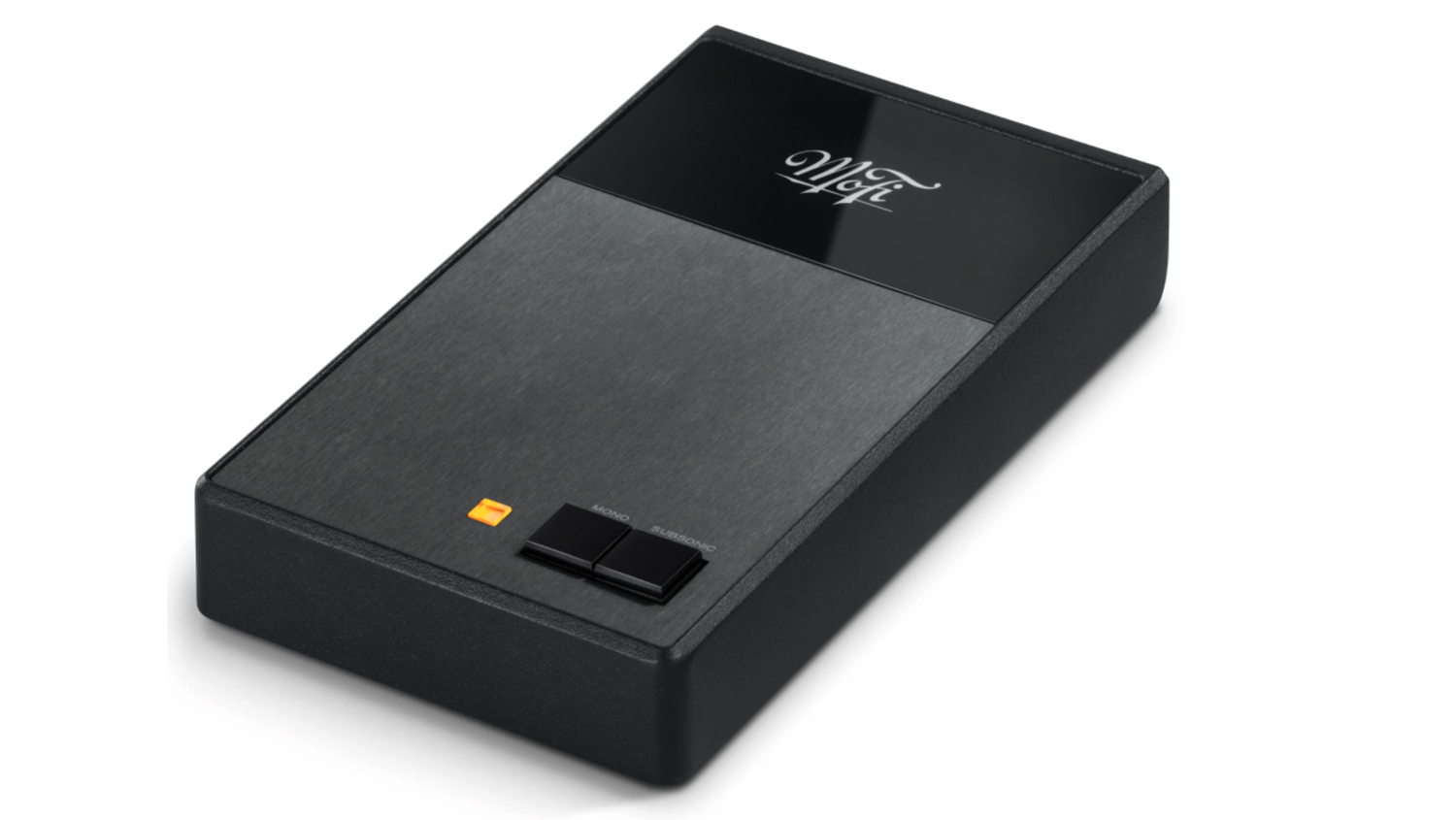 There was skepticism when the Mobile Fidelity line of audio products was announced. It felt like marketing, but the developers attached were impeccable and the resulting products have been widely praised. The StudioPhono is highly rated and seems to be very good value at $300, with near-unanimous five-star reviews. It has a ridiculous range of features, including a mono button, subsonic filter, and enough settings to ensure a match with virtually any cartridge.

Jumping from $400 to $1,000 probably seems extreme, but within that $600 spread is an insane array of preamps, many of which offer similar features and specs. It all comes down to the sound you prefer, and sometimes the looks. 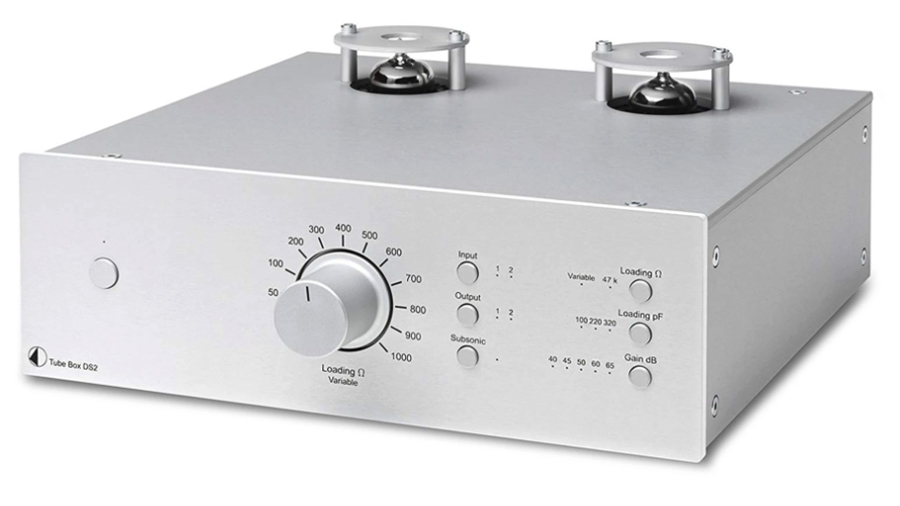 This is one of Pro-Ject’s best-reviewed products and it’s easy to see why. It offers an absurd amount of options for $900 — the most unlikely being that you can run two turntables into it at the same time. With multiple choices for gain and loading, all of which are easily accessible on the handsome front panel, the versatility is tremendous. Saving the best for last, it uses two ECC83 tubes, which you can easily change in order to tailor the sound to your liking. While this isn’t a pure tube circuit — the signal amplification is solid-state — the tubes very much make a difference and look cool as hell. 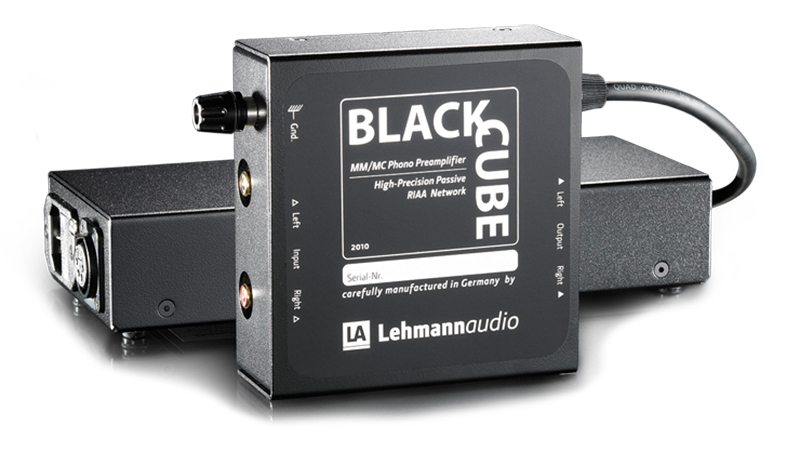 The first time I heard the phrase “giant killer” was in relation to Norbert Lehmann’s Black Cube, introduced in 1995. Analog hero Michael Fremer enthusiastically sang its praises in 1998 and Lehmann has gone on to make several variations. This original design is now $65 cheaper than when first offered, and at $629 it continues to impress. It has enough options for use with any cartridge, but changing those options takes some minor effort; provided resistors have to be inserted in various slots on the circuit board, which is easier than it sounds. 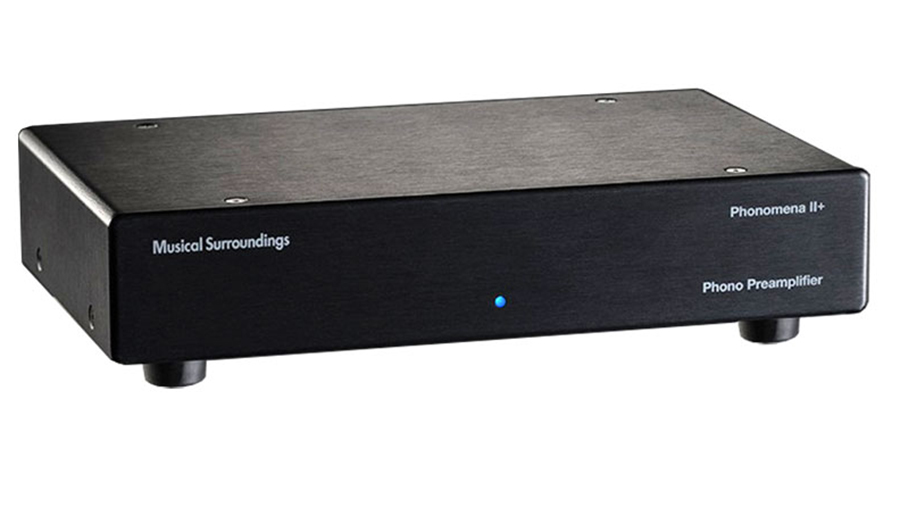 For $750, the Phenomena II+ is highly versatile and sounds great. It’s been around for many years and has proven to be an endgame preamp for many vinyl lovers. Plus, Musical Surroundings has customer service that can’t be rivaled, which is more valuable than you may think. With a wide range of settings, the Phonomena can be used with any MM or MC cartridge and is lauded for pulling detail out of every recording. 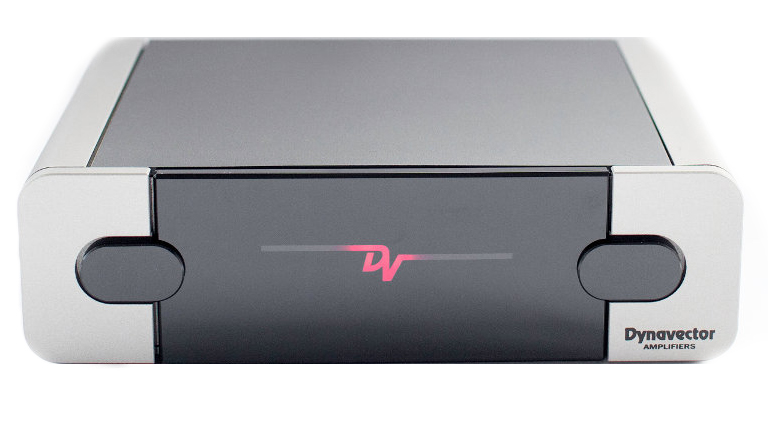 Dynavector is one of the great names in Japanese analog, with a long list of innovations and a line of cartridges that are perennial audiophile favorites. Dynavector offers only one phono preamp, however, the $895 P75 Mk4. The P75 is easily the most physically striking phono preamp in this entire guide, simultaneously retro and futuristic.  It can be used with a wide range of MM and MC cartridges but isn’t as easy to adjust as most preamps; the metal casing has to be loosened and slid off, revealing a set of pins that can be connected in a variety of ways using supplied jumpers. Don’t let that minor hassle get between you and the P75’s warm, effortless dynamics.