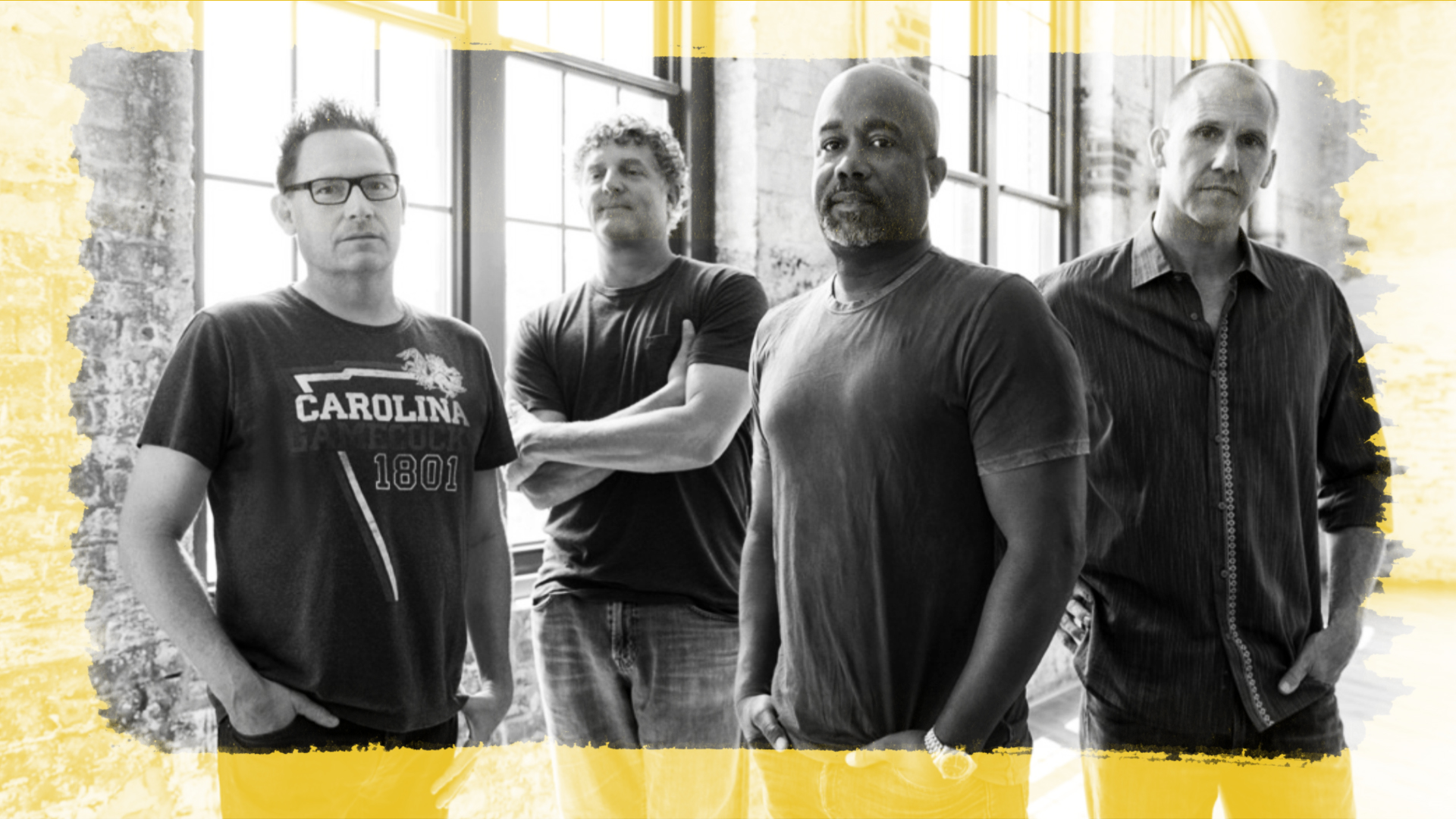 Dr. Jennifer Otter Bickerdicke: In 1994, I was just graduating from college, living in Berkeley, California, and deeply into indie rock, angst-riddled mainstream bands, and imported Brit-pop. My soundtrack was all about Blur with Parklife, Oasis with Definitely Maybe, Jeff Buckley with Grace, and, of course, my childhood acquaintances, Green Day, with their massive album Dookie. The hip-hop itch was soothed with Nas’s classic masterpiece, Illmatic (and to this day one of my all-time favorite albums), while Trent Reznor led me further into The Downward Spiral. For light relief, I would throw on some Portishead or Soundgarden. It was this weird, wacky, magical moment when it all seemed possible that us random weirdos, punks, and misfits would take over the world. Ignoring the fact that I worked for a major label, I still hypocritically rejected anything that seemed sanitized, safe, and palatable to the mainstream. Baseball hats, khaki chinos, and any music even dancing near what would be played at a fraternity party was completely unacceptable.

But something very unexpected has happened now. I do not know if it is my advancing age, if I am getting less militant about what I listen to, or if I am just comfortable with myself and don’t need my bedroom walls adorned with Ian Curtis to make me feel cool. Suddenly, when the Spin Doctors’ “Two Princes” comes on the radio, I turn it up instead of off. I found myself washing the dishes the other night and loudly crooning the Wallflowers’ “6th Avenue Heartache” out of nowhere. The very artists that I avoided and may have even derided I am suddenly having an appreciation for. I am feeling like a massive fool for not “getting it” when they came out. Hootie and the Blowfish fit neatly into this framework.

Nicole Raney: You remember your first concert. Maybe you were mushed up against the stage watching your favorite local band. Maybe you were stoked to watch a big-name artist swing by your closes amphitheater.

Seeing Hootie perform live is more realistic for someone who was in their 20s in the 1990s, not born in the 1990s like I was. Yet, every time that age-old question is asked, I have to relay the story of my “first” (coincidentally, my boyfriend’s first concert was also Hootie and Blowfish, which may be the reason were are together, but that’s a story for another time).

After talking about that concert thousands of times over the years, I’ve come to really appreciate Hootie. Like, a lot.

JOB: Putting on any classic “Hootie” tune, I instantly am washed back to a gentler moment when pagers were modern devices and a computer was used mainly in our household for playing games. There is something soothing and calming in lead singer Darius Rucker’s voice. Melancholy, self-loathing, and despair do not play into any of his intonations. Instead, the rich vocals flow over you like syrup onto a stack of Denny’s pancakes. There is something very comforting about lyrics that feature a man admitting that his favorite sport’s team can make him cry — that he just wants to hold his partner’s hand. The strumming guitar and classic verse-chorus-verse of most of the Hootie catalog do not challenge or leave you questioning — they give you the answers and lets you relax, a mint julep for the mind.  It would be a stretch to say I am a converted evangelical Hootie fan; it would be accurate to say that I have a newfound appreciation, and dare I say, admiration for the band. It must have been daunting beyond belief to enter into the rock world as a four-piece of normal dudes from South Carolina with — gasp!–  an African-American singer in the mid-1990s. The fact that their 1994 debut Cracked Rear View was the best-selling album of 1995 and is one of the biggest all-time sales stories prove that their brand of everyman ditties has struck a powerful and lasting chord with fans that few ever accomplish.

NR: “We treated Hootie and the Blowfish with the performative viciousness that pervades our current cultural moment. We turned on one of our own, just for fun, as children do. We belittled them like we have not done another major mainstream rock band before or since. We bullied Hootie and each Blowfish, and we liked how it felt, so we didn’t stop. We laughed them out of the game for no good reason, while we let Dave Matthews Band continue kicking around the same hacky sack for their next few albums,” said Dave Holmes in a 2019 Esquire article titled “How Our Cruelty Killed Hootie and the Blowfish — and Damaged Our Souls.”

We are not alone in our reckoning. The band has received a lot of ire and scorn over the years, despite their commercial success. In recent years — namely, since their reunion and subsequent new album, 2019’s Imperfect Circle, following Darius Rucker’s solo country adventure — folks have resolutely come out in support.

“To become aggressively uncool, you have to at least engage with the axis of cool. But Hootie never even bothered. Its music was a refinement of an intensely vernacular sound,” Jon Caramanica wrote in The New York Times in 2019.

JOB: With this in mind, the recent “discovery” of their 2000 album, Scattered, Smothered, and Covered, has further ignited my amor for the band. The record features some — at first glance — strange and improbably covers. However, after diving deep into the tracks, I found myself not only pleasantly surprised but impressed as to how some of my all-time and much-beloved songs and artists are reinterpreted by the Hootie crew. Below are a couple examples of cuts from Scattered, but these represent but the tip of the iceberg of Hootie cover love. Upon entering the interweb rabbit hole, I found Hootie versions of a myriad of unexpected homages, some in classic “Hootie” style and others more straightforward. Hootie and I have more in common than I ever thought! Their version of the Violent Femmes’ “Add It Up” is raw, punchy and just as sweaty and desperate as the original; the mash-up of Public Enemy’s anthem “Fight the Power” and the criminally underrated Digital Underground’s “Freaks of the Industry” will do your melon in with its smooth poppy delivery.  After months of Covid-19 lockdown, it may be too much to go so full tilt at first. Have a start with these jams. This isn’t your 1994 Hootie.

NR: Most are from Scattered, Smothered, and Covered, which is excellent for two reasons: 1) it’s literally an entire album of amazing covers and 2) it’s a reference to all the delicious things that you can do hashbrowns when you visit Waffle House. If you are a diehard Hootie fan, you’ll likely have heard these covers live at any point during their decades-long career.

NR: It’s no secret that the band were (and remain) big fans of R.E.M. “We were in college in the Southeast, and they were from Georgia. Everywhere you turned, people were listening to R.E.M. at that point. So it was while we were getting our chops, and we were huge fans. We were covering other people, too, but R.E.M. was one of the most important bands for us,” guitarist Mark Bryan told American Songwriter this year. Hootie covers “Driver 8” on the Covered album, but this recent release of “Losing My Religion” is way more relevant in 2020.

NR: Somebody back me up on this: Did you think this was a Hootie original? Because I certainly did growing up. It’s actually by 54-40 off their 1986 self-titled album. While the original gained some traction in 54-40’s home country of Canada, it was the Hootie cover that made an appearance on the Billboard charts.

Hey Hey What Can I Do

NR: This classic Led Zeppelin song needs no introduction. It’s not the first time it has been covered, nor will it be the last. Interestingly, it’s not the most-covered song from the band.

JOB: I was shocked that the Hooties would even know who The Smiths were, let alone be passionate enough about the band to cover one of their songs. The Manchester group is holy in my book, so I was skeptical about this inclusion. I have to say “well done” to the Blowfish. Even from this hardened cynic’s view, the band — led as usual by Rucker’s sensual, honey-like voice — make the song their own. While Morrissey’s 1984 original is filled with longing and need, in the hands of the Hootie, it twists to a song of hope and inspiration. Smother me, baby, anytime!

NR: Although no one can quite nail that Roy Orbison warble, this cover is pretty spot-on, complete with backing vocals and everything. However, Rucker’s voice gives the song a more earnest, bluesy tone without sacrificing that old-school rock feel. It’s simple, but it’s the kind of cover that perfectly shows off the talent of Rucker and the rest of the Hooties, as well as the team’s production prowess.

I Hope That I Don’t Fall In Love With You

This song was on Tom Waits’ 1973 debut album, Closing Time. Since its release, the record has become severely coveted (over 74,000 people on Discogs want it), but at the time, it started getting attention because the Eagles covered another song: “Ol’ 55.”

JOB: While this version of the song made most famous by Wilson Pickett does not veer far from the well-loved original, it does showcase the proficiency of the band as artists. Though many of the Hootie original numbers have a similar structure and sound, “Sally” groans with chord changes, funky vocalization, and demanded chutzpah that the laid back Hootie tracks rarely get to deploy. “Sally” proves that the group has chops far exceeding their expected middle of the road romantic tunes which they are most famous for.

Published in partnership with Capitol Records.

Return to Discogs Blog
Tags: coversdiscoverhootie & the blowfishhootie and the blowfish
3 Comments