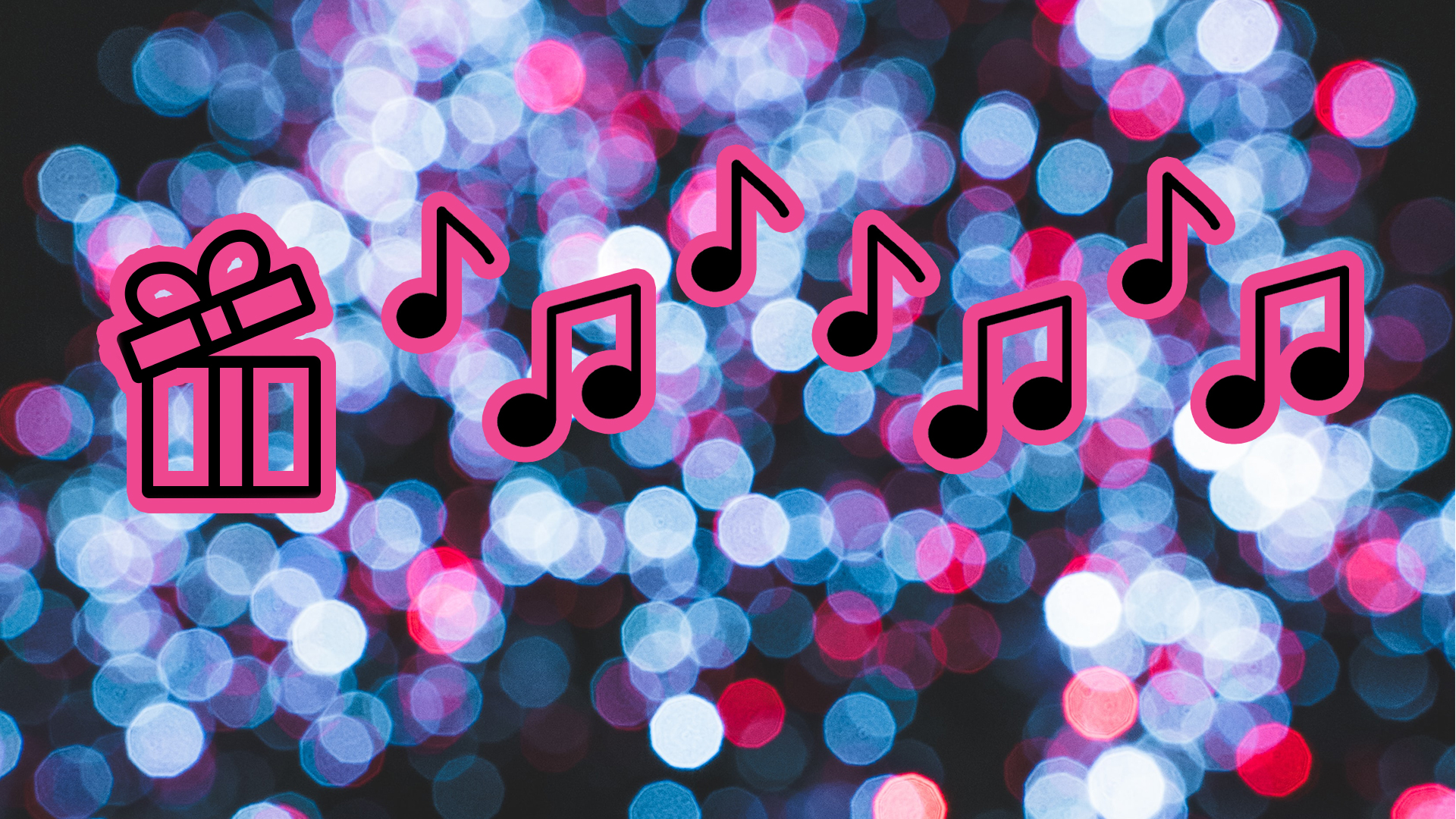 Online shopping. We’re all doing it. I mean, what else is there to do in 2020? You’ve been stuck at home, staring at your walls for months on end, and you want to spruce the place up a bit. Maybe your wardrobe needs a refresh, or your sound systems could use a boost. Maybe you just need something new to talk about.

When you’re ready for a break from buying crates of vinyl, bring new musical dimension to your life with one of these music-nerd-approved gadgets, tees, games, accessories, and wall art. You can trust our taste, because we’re music nerds, too.

We only pick the coolest stuff because we like it. However, when you purchase something through our affiliate links, Discogs may earn a commission. 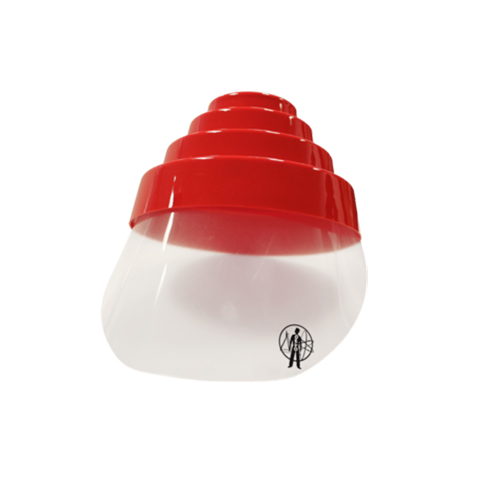 Q: Are we not men? A: We are DEVO! and so can you with this Energy Dome PPE Kit. Is an “energy dome” just a planter turned upside and placed on your head? The Akron-bred art-punk band would never do something as ridiculous as that. Now, you can walk the streets of your town protected from Covid in real “Mongoloid” style. Don’t be afraid to “Whip It” out for the holidays. Punk is over and so is snail mail. Join the post-card movement with this colorful collection of vibrant designs, inspired by 50 of the post-punk scene’s most influential album covers. We’ve got Joy Division’s Unknown Pleasures, The Psychedelic Furs’ Talk Talk Talk, the green and pink of The Smiths’ The Queen is Dead, and more. They aren’t exact copies, more like geometrical graphics that capture the spirit of these classic LP sleeves. It’s okay not to mail them and instead display them on your wall in a giant square. Post-punk is art, but sharing is caring. 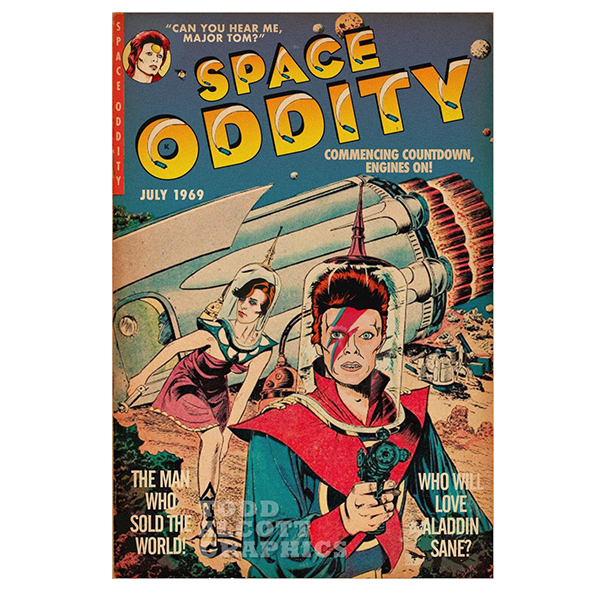 What if Talking Heads’ seminal classic “This Must Be The Place” was a 1950s advertisement for a nuclear family home? What if David Bowie’s “Space Oddity” was a 1940s sci-fi comic? Graphic artist Todd Alcott reinterprets these and more rock favorites as clever, time-worn covers in pulp rag style. Lyrics are weaved in and out of beautiful and compelling designs. It’s truly fascinating to behold and definitely clever fun for any well-read music geek. 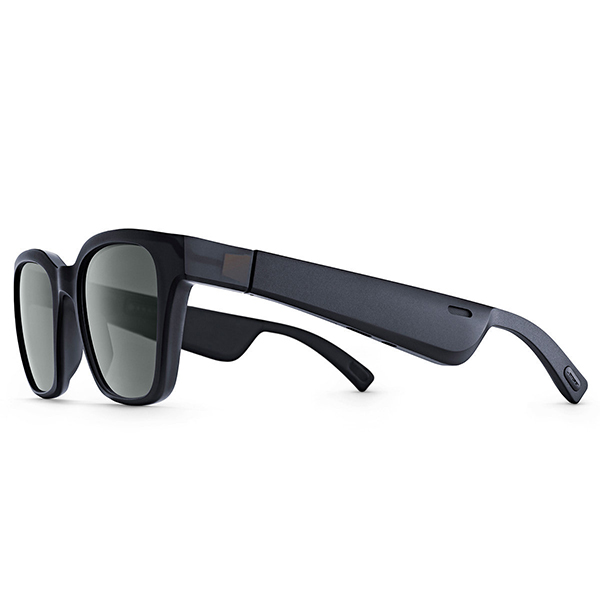 The future is so bright, we’ve just got to wear shades, but we also have to bring our favorite tunes on the road. That’s why we rock these Bose frames with built-in speakers and microphones. I mean, we would if we dropped $199 on some audio sunnies, which we just might because this is wild. 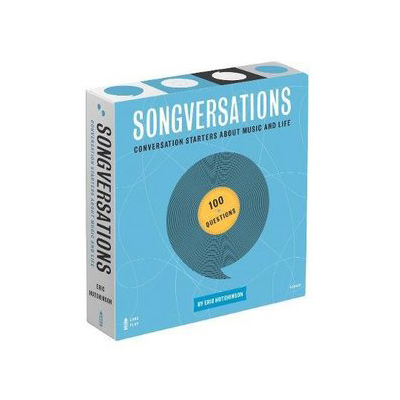 You’ve been stuck inside with the same roommates, family members, and “Covid bubble” friends for what feels like five years. You need some fresh conversation starters, and this 50-pack of musical prompts is just the trick. Each card contains a question, such as “name a song from your school dance” or “if you were a major league baseball player, what song would blast when you’re up to bat?” You and your quaran-team can get to know each other better, and you’ll have a reason to play your secret theme song. 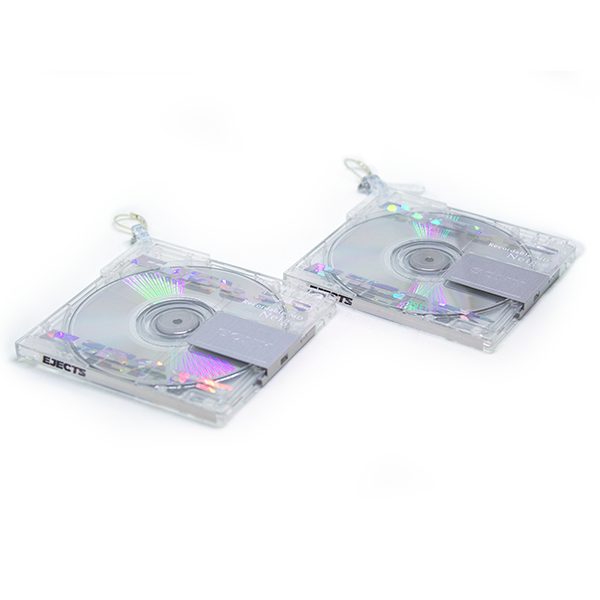 Who here remembers the humble minidisc? The jewel-toned MP3 was a flash in the pan circa the early-2000s, but those of us who adopted them before jumping ship to the iPod will always hold them dear in our hearts. Thankfully, we can also wear them on our chests and our ears, thanks to the resourceful and stylish crew at Ejects. Their nostalgic collection of accessories turns minidiscs and tiny cassette tapes into attention-grabbing earrings, necklaces, and bolo ties. Rewritable is re-wearable again. 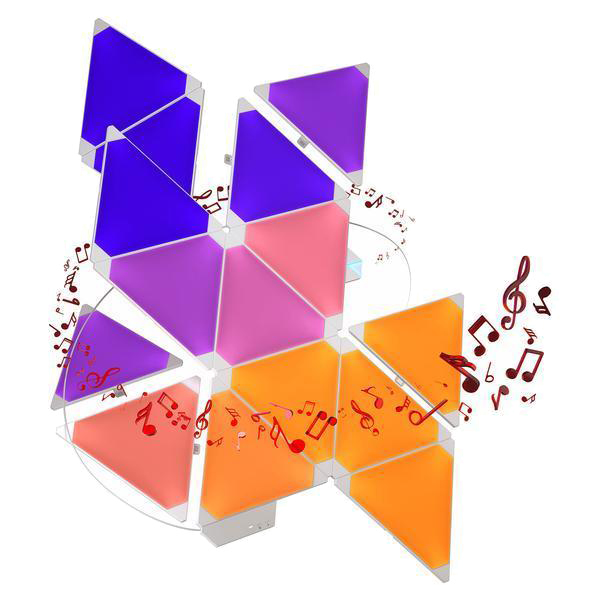 Walls looking a little drab? Spice them up with these triangular light panels. The bright LED stick and stare goodies can be arranged in any geometric pattern of your choosing. They come with double-sided adhesive tape, and the best part is, this special rhythm edition reacts in real-time to the music you play. It’s beautiful and beat ready, perfect for the modern music lover with a futurism stream. The world of music journalism is full of mad men, but Chuck Klosterman is one of its most delightfully bizarre. A true pop-culture scholar with many thoughts on dinosaurs and basketball, his books include Sex Drugs and Cocoa Puffs and Eating the Dinosaur, all of which boil over with quick wit and fun inanity. He puts that wild mind to task with this conversation-starter pack, including fun-to-ponder questions like, “Imagine your genetic clone … is trying to destroy you. You can go into hiding, meet your clone and try to use reason and diplomacy, or attempt to destroy your clone before it destroys you. What do you do?” Genius. 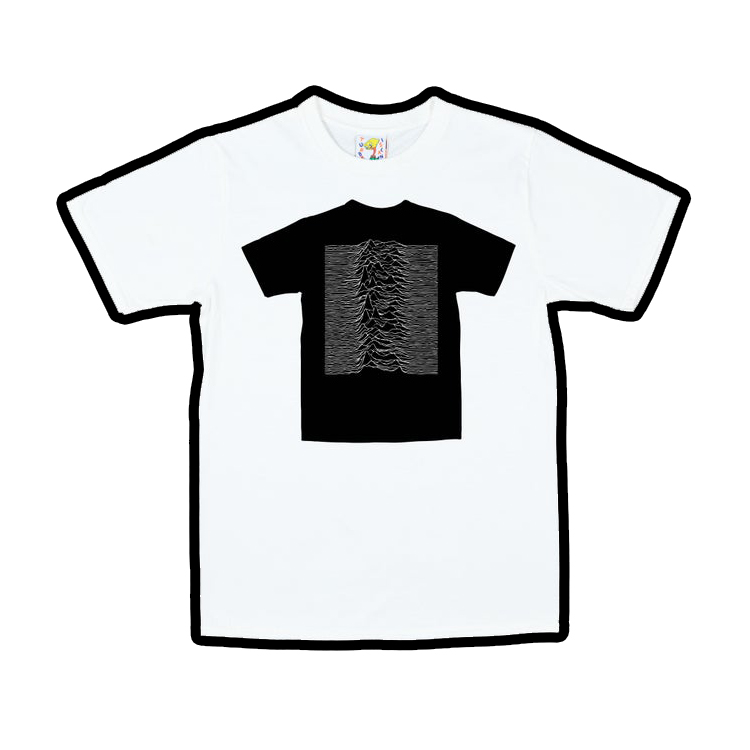 Give your wardrobe a facelift with this UK-based artist’s hilarious music nerd puns. He’s a crafty jokester who prints t-shirts with clever designs inspired by music classics. They’re the kind of puns that make you stop and think, like the “Strings of Life” shirt that depicts various knots as techno titans, or his red, black and white “Craft Work” that makes spilled paint cans look an awful lot like a foundational German electro group. 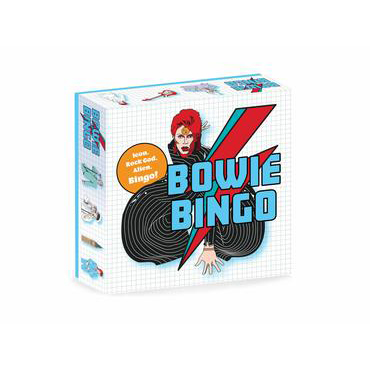 Whether you’re a kid in daycare, a feisty septuagenarian, or just an alligator mama-papa comin’ for you, Bowie Bingo is the best damn game of chance this side of the “Velvet Goldmine.” Find famous Bowie looks, like Jareth from the Labyrinth or Halloween Jack, as well as Bowie friends Lou Reed, Iman, and more. With double-sided and randomized bingo cards, 48 tokens, and 150 counters, you and your friends can play for hours – or at least five years. How many times have you been jammin’ during a workout (or on the couch, let’s be real), only to stop to take your shower and lose the tunes? It’s a bummer, especially because the bathroom has such great sing-along acoustics. Sing your heart out and keep the groove alive with this waterproof, wireless Bluetooth speaker. It’s JBL, so you know it sounds good, and the battery lasts for 10 hours. Because it’s got an integrated carabiner, it hooks on to anything, which means you can take it outside the shower, too. 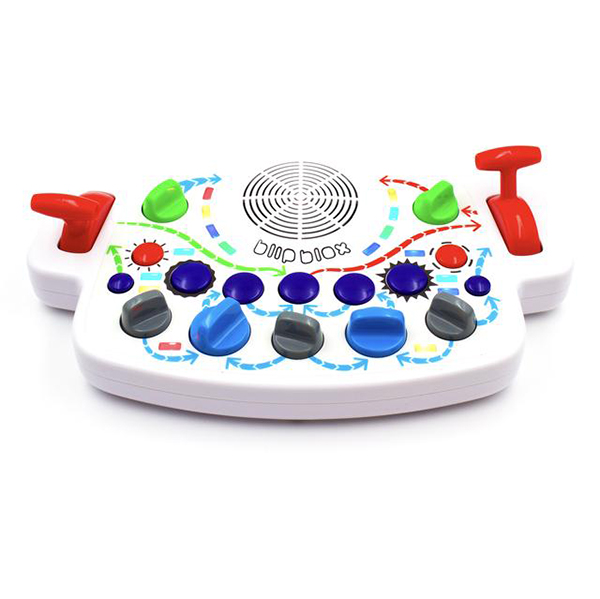 Signing your kid up for piano classes is so 20th century. Get your toddler a Blipbox so they can start making bleep-bloops a la Aphex Twin today. The real-deal synthesizer comes in happy, bright colors perfect for kids, but teaches them the ins and outs of basic sound creation with top-notch circuitry that sounds surprisingly cool. Honestly, it’s fun for adults to use and way less intimidating than the big thing. 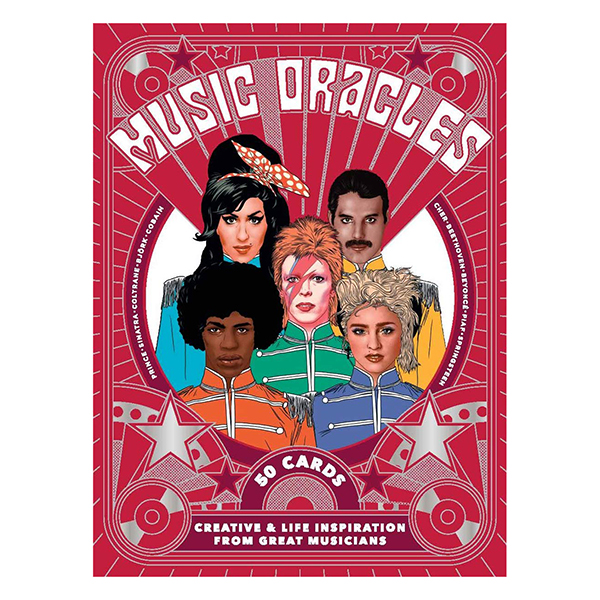 Have a musical mystic in your life? Oracle cards are kind of like Tarot cards, but they don’t follow suit and instead offer sage advice. These Musical Oracles promise inspiring messages from some of rock n’ roll’s greatest minds. David Bowie, Grace Jones, Nick Cave, and Amy Winehouse all make appearances. The deck contains 50 brilliant bards. It might be the stroke of genius that makes all the difference. 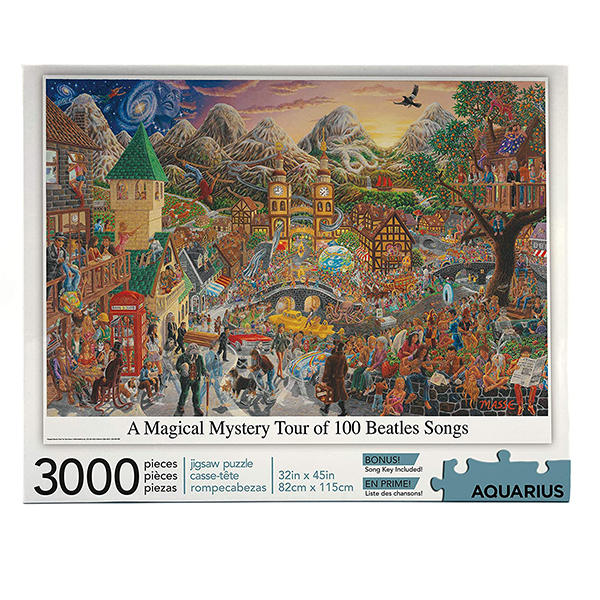 Puzzles had a really great year in 2020. We’re all stuck inside with jigsaw madness, but there is a better way. Just like listening to The Beatles “White Album” for the first time, this 3,000-piece brain buster will have you lost in the details. With references to 100 Beatles songs, it’s a surreal landscape you’ll enjoy uncovering again and again. It’ll also be pretty cool to mount and frame, as long as you don’t lose any tiny pieces along the way. 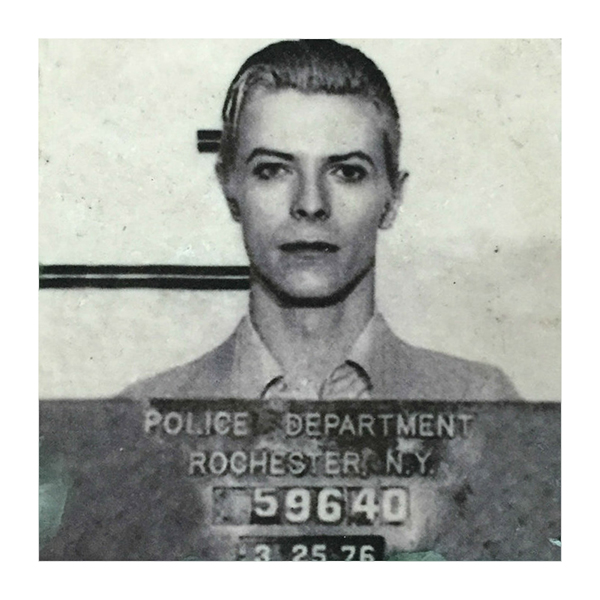 Man, what a mug, and what a great place to put that mug. Mick Jagger definitely wants you to put your dirty glass right on his face, and so do David Bowie, Jim Morrison, and James Brown. This celebrity mugshot coaster set is a fun conversation starter and delightful addition to any music lover’s home décor. The store also has singles featuring Kurt Cobain, Elvis Presley, and Jimi Hendrix. 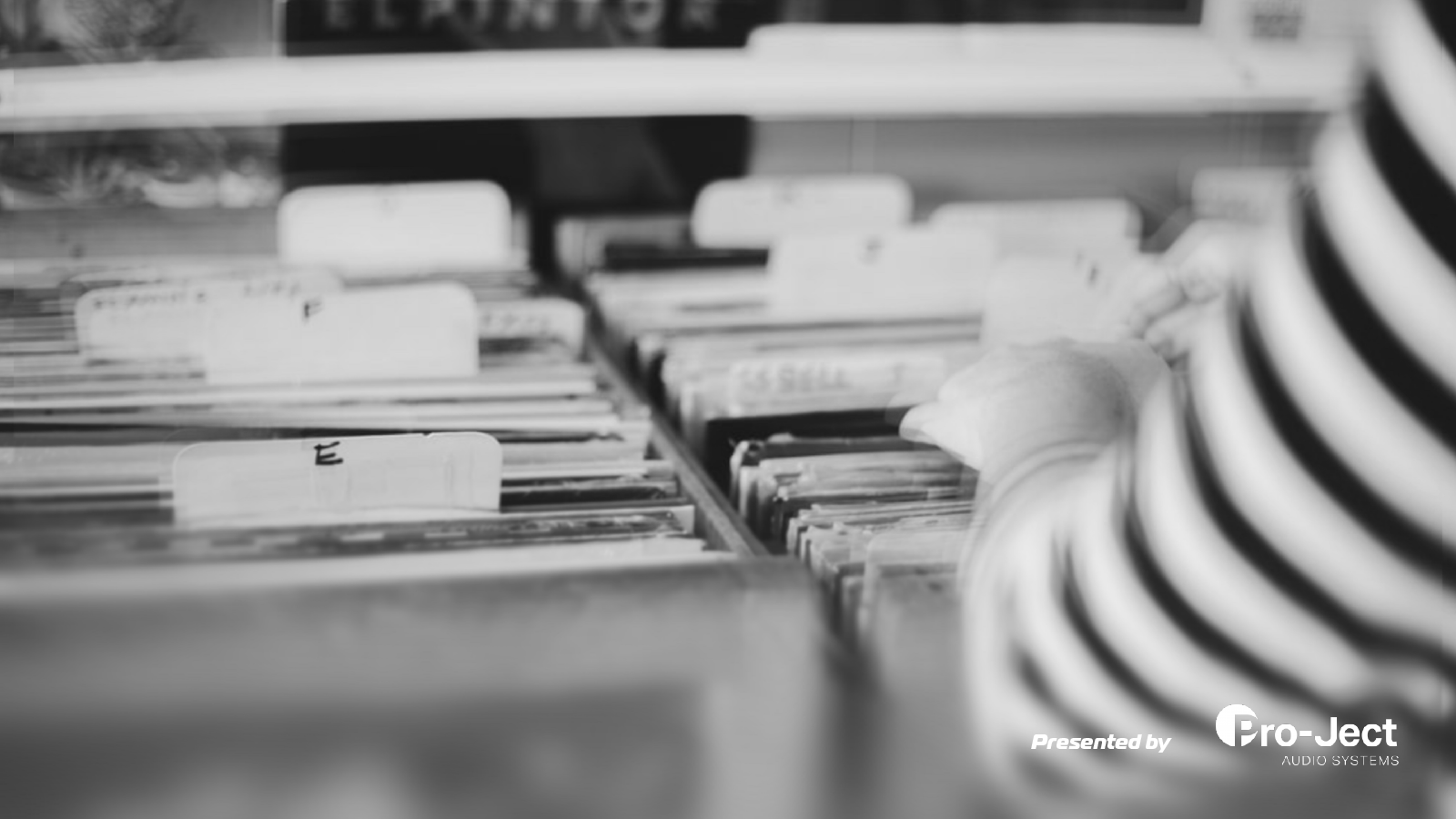 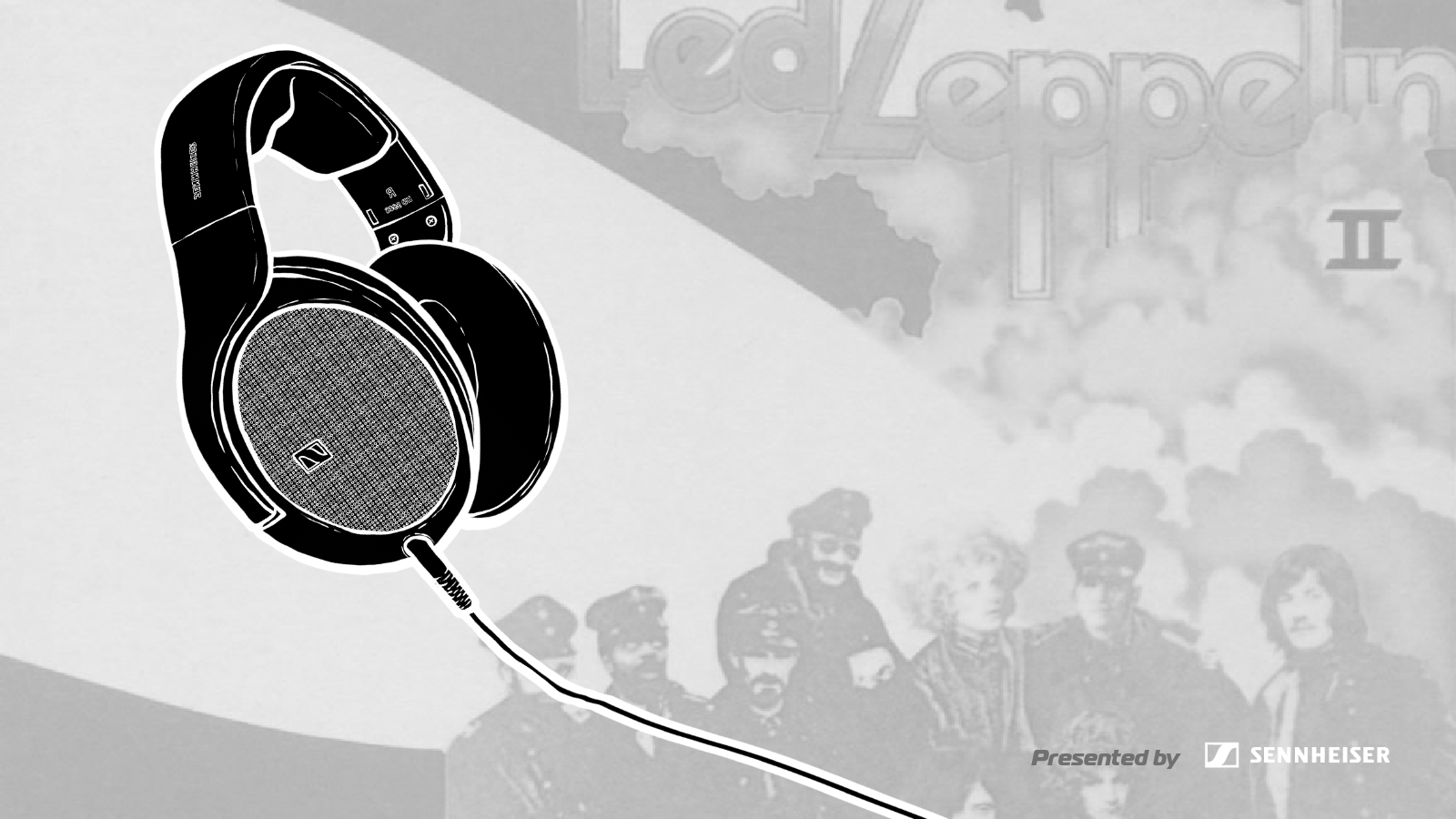 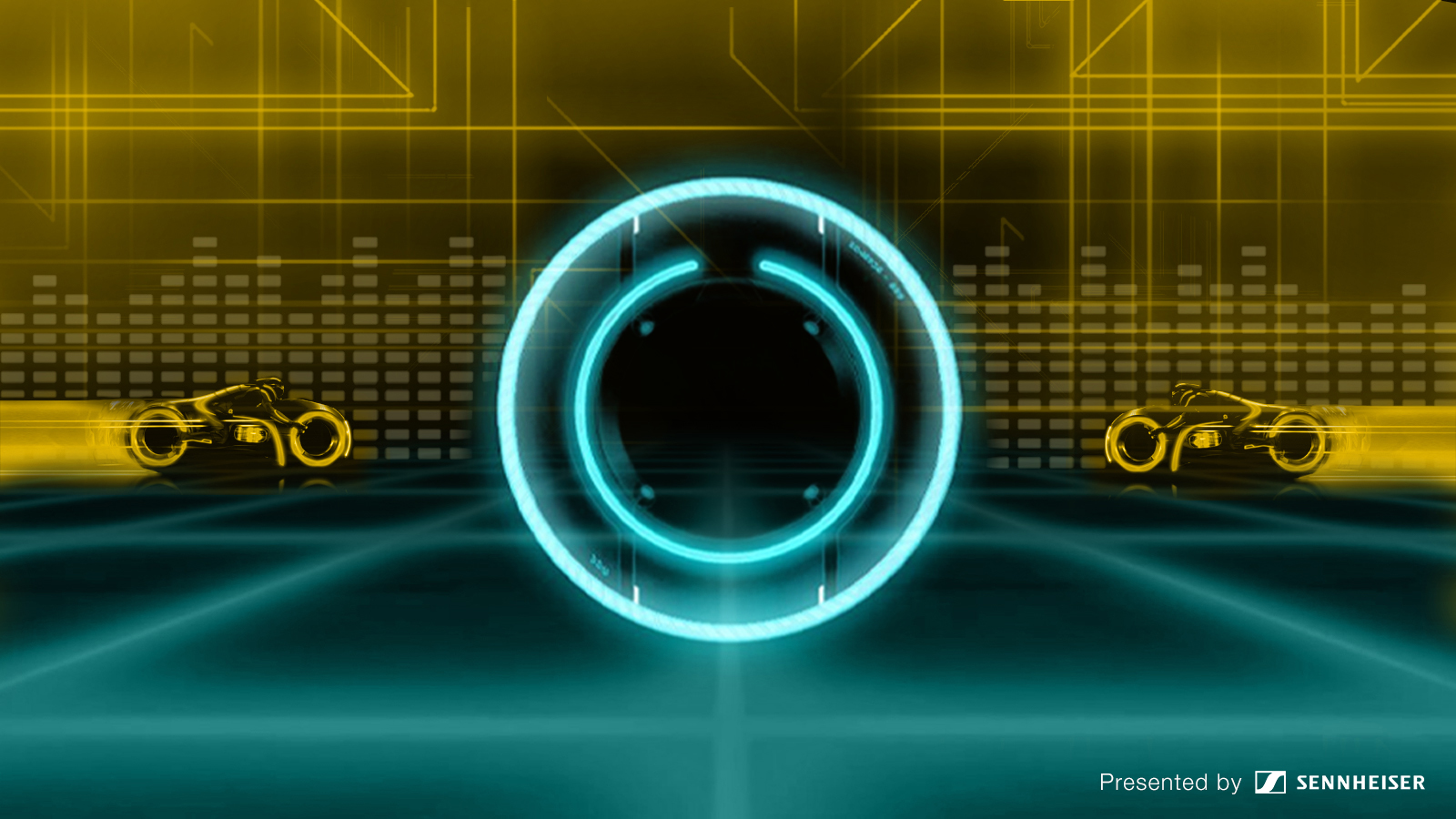 I Watched Tron: Legacy Through an Audiophile Soundbar and It Blew My Mind