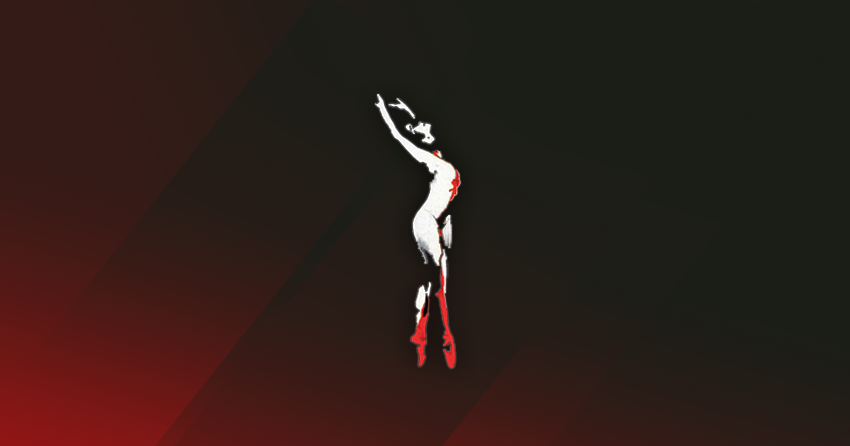 What makes a great horror soundtrack? Well, there is always tension; usually between innocent melodies and the menacing sounds that slowly envelop them. There are esoteric instruments galore – never has the theremin gotten so much love. You’ll find microtonal pitch changes on almost every horror soundtrack on this list. Dissonant chords, of course, are front and center on many tracks. Working these chords into ungrounded atonal compositions is not easy – which is perhaps why there are so many cheesy sounding horror soundtracks. You won’t find any of those listed here. Perhaps most important of all is the concept of ambiguous etherality. You know, that feeling that something just isn’t right. The best horror soundtracks do this in subtle ways, slowly chipping away at that smug sense of safety and security you have.

Many soundtracks struggle when separated from their film counterparts, or at least lose some meaning and affect. What makes many on this list so exceptional is the fact that the music is more than just an accouterment to what’s on the screen. Let’s just say that turning the lights off at your house and playing one of these as the soundtrack to your life makes for a gut-wrenching challenge. Which is perfect for the weeks leading up to Halloween.

Torture yourself with these ghoulish horror soundtracks and watch the films too – they’re all pretty good (except for maybe The Keep, you won’t miss much by skipping that one). 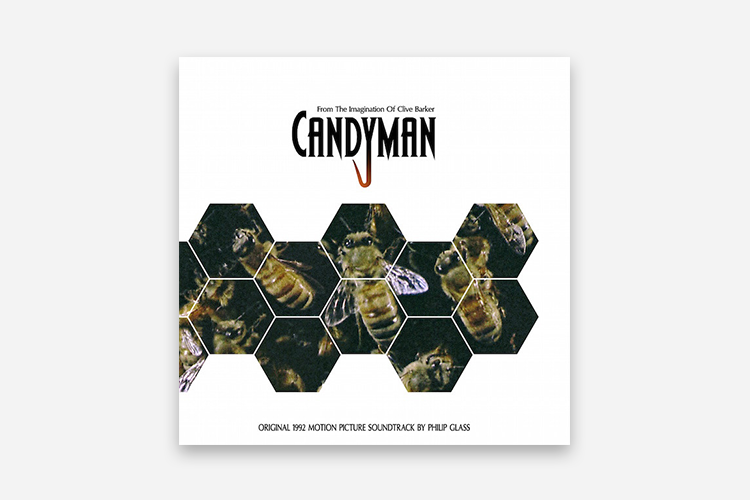 Haunting vocals backed by cautiously optimistic melodies is the main structure that runs through the Candyman soundtrack. The album is not dissimilar to tracks on Nils Fram’s All Melody on songs like “Cabrini Green.” The haunted voices of the chorus creep down your spine. Candyman is an urban horror story that roils and builds. And it features a soundtrack to match.

Release Notes: The 2014 pressing of this release was the first time the soundtrack was pressed on vinyl and it received some much-needed love. The 2014 release was pressed in Black with an obi strip, Bee Striped, Silver Mirror, and Translucent Yellow. A 2018 reissue featured even more color variants. 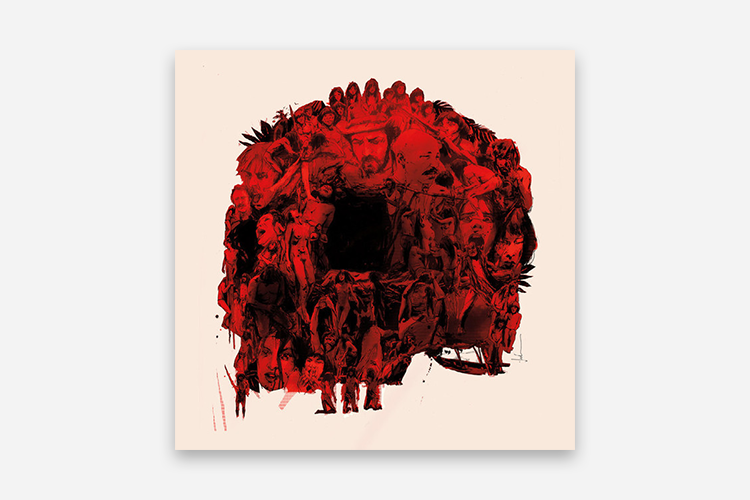 Never have I encountered music so beautiful, paired with such a perverse movie. The juxtaposition of the senses, one harsh and disturbing, the other soft and oddly comforting is what makes this film so jarring. The free-flowing and often upbeat tracks directly parody the carnage happening on screen. There is always something just off about the deep, fuzzy synth sounds. The dissonance hardly registers while listening to the soundtrack alone.

Release Notes: Cannibal Holocaust was first pressed on vinyl in 2015, ten years after the film premiere. It can be found affordably on both vinyl and CD. 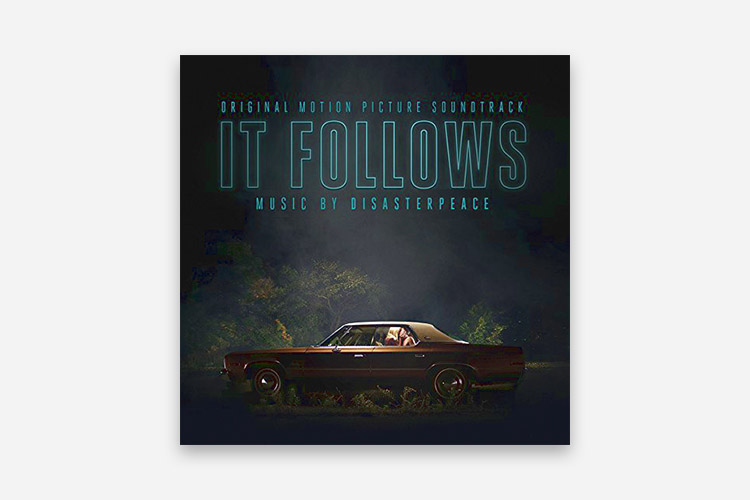 Climactic layering builds into terrifying melodies, low and slow rhythms, and a bass that slithers in and pulses before disappearing. A truly modern horror soundtrack. There are absolute parallels with the immensely popular Stranger Things soundtrack. Heroic melodies that compete and slowly succumb to dark and mysterious sounds are just one example. The It Follows soundtrack is at parts so heavy, the lows being so cataclysmically low, that it feels as if the music is dragging you down into a black pit. A horror soundtrack debut for composer Rich Vreeland (under the Disaterpiece moniker) and a great one at that.

Release Notes: There are some beautiful pressings of this on vinyl, including a two-toned blue and purple marble. It was released on cassette for the very first time in 2018. 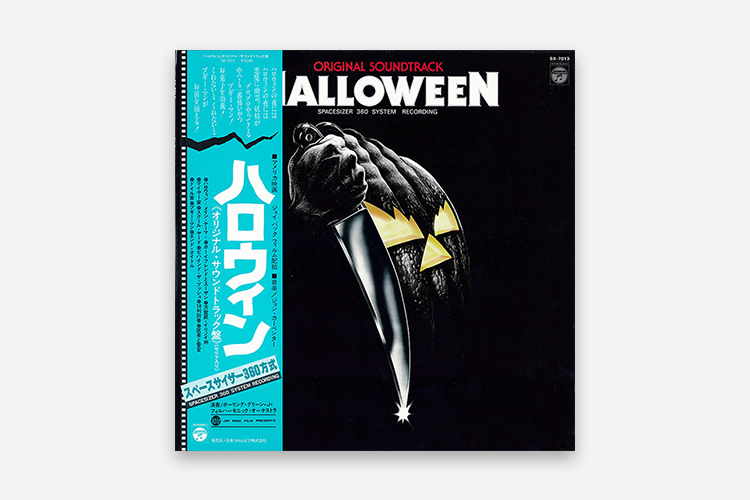 John Carpenter did it all with a shoestring budget production of the first Halloween flick. He co-wrote the script, directed the actors, and, yes, even composed the soundtrack. An excellent example of how a synthesizer could be utilized for a divergent tone. It’s a trick Carpenter picked up from Italian Giallo soundtracks by the like of Goblin.

The clicking sounds! They have the power to amp up the anxiety almost immediately after beginning. You can feel the rushed tension created by their pace – nearly double the infamous odd meter of the melody. Loads of high end that will keep you on edge.

Release Notes: Originally released in just Japan in 1979, the first pressing w/ obi strip is exceedingly rare. So is the original cassette. The soundtrack was first released in the US is 1983 and received a much-needed reissue in 2018. Copies of the reissues can be found at affordable prices. 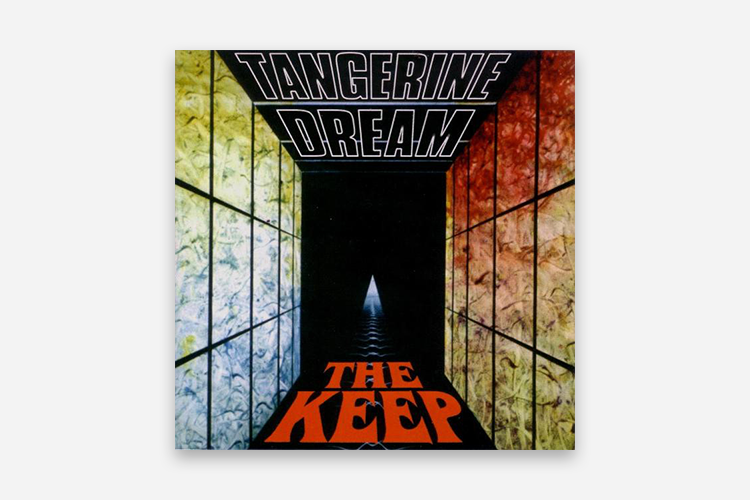 Who picked Tangerine Dream to compose a horror soundtrack? Sure, they had done a few soundtracks before this, but nothing even close to horror. Believe it or not The Keep‘s soundtrack is actually pretty good. It has elements of shimmering beauty that others on this list don’t even come close to. The first track, “Puer Natus Est Nobis”, is a great example. Tangerine Dream’s use of microtonal synth pitch changes prevails throughout the entire recording. And you know there are some grandiose synth melodies sprinkled in there. Despite the expected, the beauty of the soundtrack matches the aesthetics of the film, making it a well-developed accouterment to an otherwise bizarre narrative plot.

Release Notes: Incredibly rare. Not cheap! Only available on CD. The Keep soundtrack desperately needs a reissue and a first vinyl press! 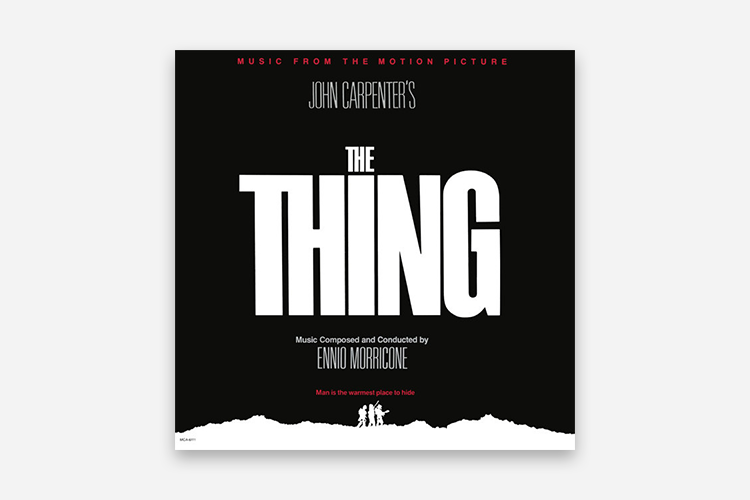 John Carpenter let go of the reigns, choosing to hand them to Italian composer Ennio Morricone (of The Good, The Bad And The Ugly fame). Who doesn’t love orchestral drones? Well, I do, but maybe it’s not the most pleasant thing for some. This soundtrack has by far the most drone in this list of the best horror soundtracks. It’s a perfect match for the desolate, icy landscape that dominates The Thing. Omnipresent ambiguous ethereality characterizes these tracks.

Release Notes: Some beautiful repressings of this have come out in recent years, many playing off the white Arctic aesthetics with white vinyl. However, reviews of surface noise and high costs make the original 1982 pressings a great option for audiophiles. 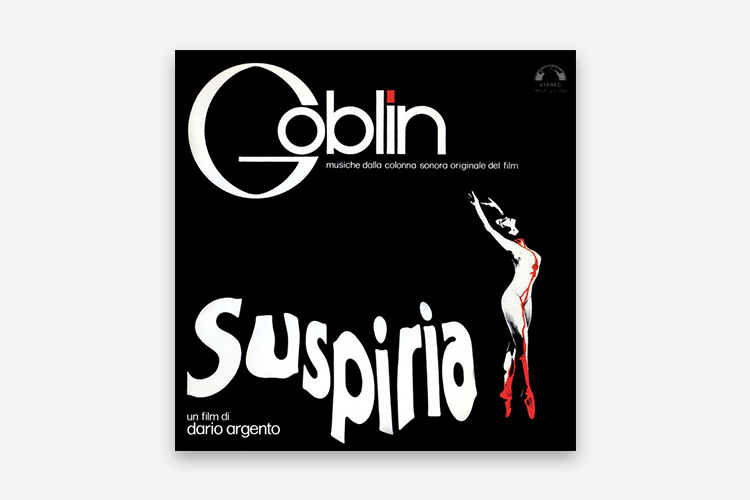 Innocence & evil. It’s ironic how one cannot exist without the other. The Suspiria soundtrack, composed by Italian Prog Rock band Goblin, takes full advantage of this concept, intertwining the two early and often. It’s groovy, it’s full of life, it’s a classic for good reason. Having an Italian prog-rock band score your horror movie takes some guts and I’m glad it worked out. You end up getting pretty comfortable with it, only to quickly realize that it’s slowly eating at you.

Release Notes: Original pressings are significantly cheaper than newer ones. There have been some limited edition releases, notably one from Light in the Attic, that are highly sought after. 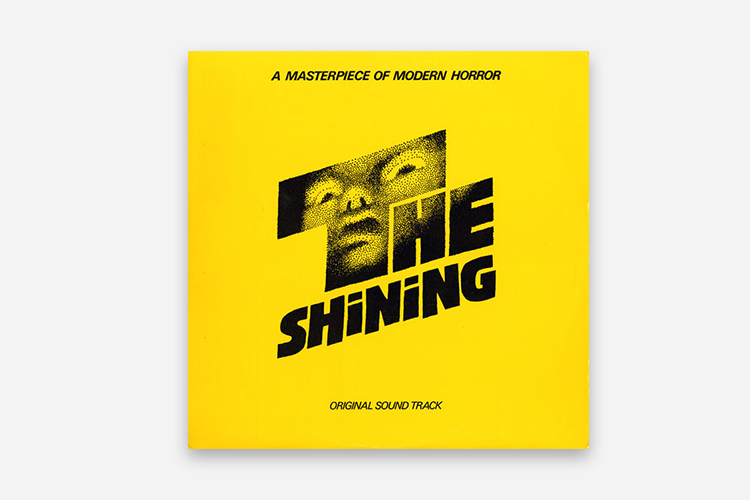 An orchestral masterpiece. The atonality alone is enough to make your skin crawl. Somehow the violins float in what I like to imagine as a microtonal chamber. You can listen to this record and perhaps not even realize it’s the soundtrack to a horror movie, which definitely makes it an exception on this list.

Release Notes: This soundtrack hasn’t been officially pressed since its first batch in 1980! Which makes finding a copy extremely difficult…and expensive. Strange, considering its excellence. Keeping my fingers crossed for a repress soon! 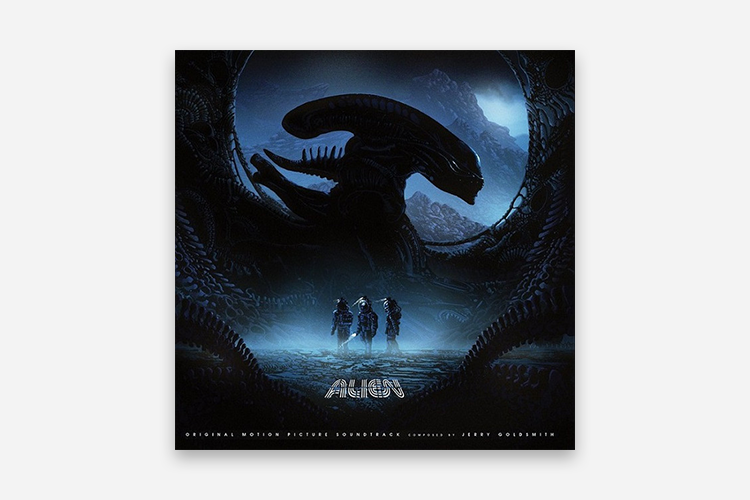 One of late composer Jerry Goldsmith’s best soundtracks. Esoteric sounds galore embellish nearly every track. A constant beating bass drum keeps the heart rate up. An archetypal horror soundtrack that laid the foundation for many in this horror soundtrack list.

Release Notes: This has gotten some repress love in recent years, most likely trying to capitalize on the excitement around the sequels. Beware the recent Mondo box set. Though undeniably beautiful, reviews indicate there could be some surface noise regardless of condition. 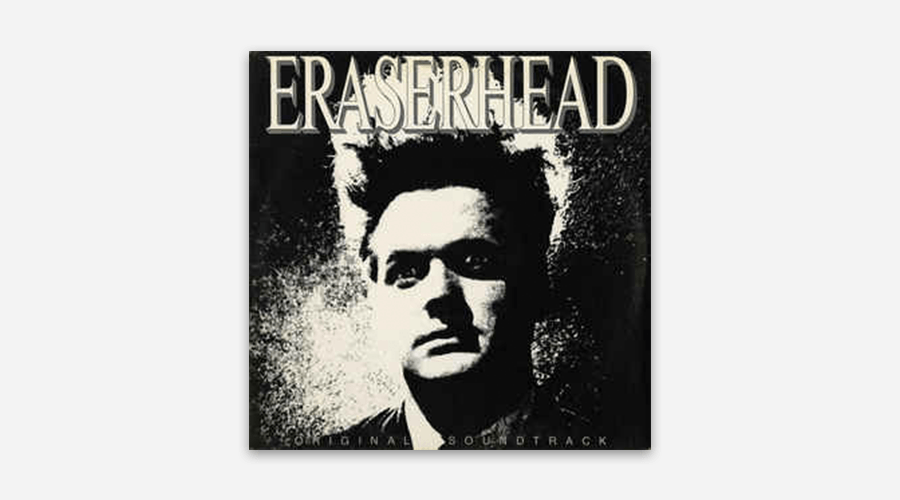 Eraserhead might not strictly be considered a horror film, but this surrealist psychological creeper is guaranteed to give you the creeps. Lynch played a strong role in creating the soundtrack to the film, something that he has continued in subsequent works, seen in his contributions to the excellent Blue Velvet and Twin Peaks soundtracks with Angelo Badalamenti. If you could hear while floating through the black matter that makes up most of the universe, I’d imagine it would sound as raw and obscure as this soundtrack. Probably not the best music for eating with the family at the dining room table. This soundtrack oozes dark energy and at times serves up sounds that you have likely never come across.

Release Notes: New York label Sacred Bones has released some impressive variants in the last 10 years. Original pressings on vinyl can still be found at decent prices as well.