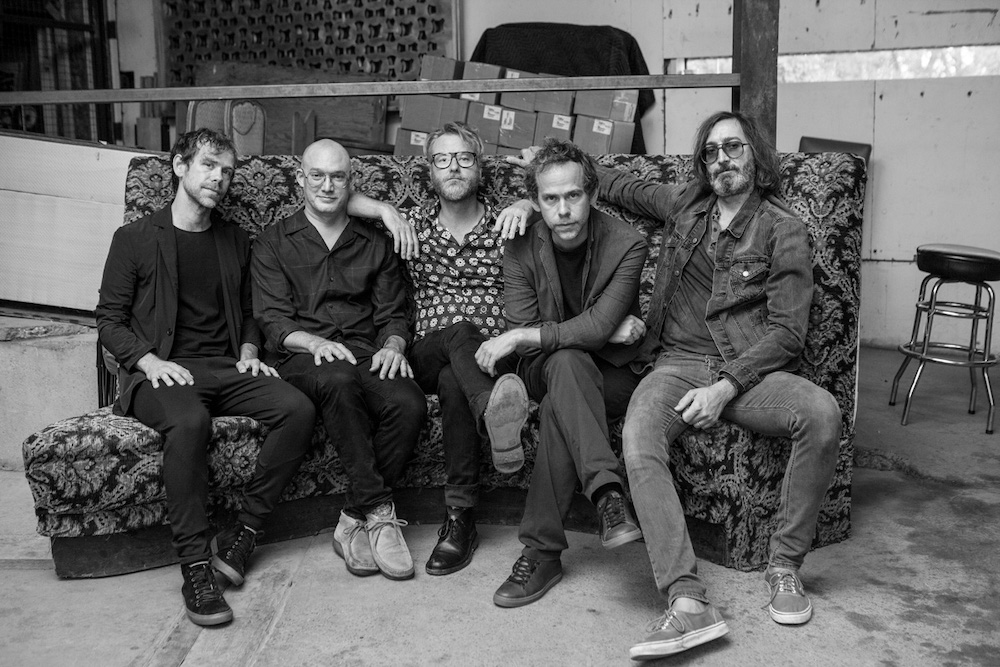 Editor’s Note: Shining a light on the more prominent artists of the passing decade; we’ll be taking a look at the artists who made a monumental impact on the 2010s and landed several albums in our 200 Best Albums Of The 2010s list in a series of pieces through the end of 2019. Josh Modell walks us through The National’s decade today. Coming off an incredible back half of the ’00s, The National burst into the 2010s ready to take on the world.

The National spent the 2000s introducing themselves to the world, slowly but surely. It’s hard to believe that their early records were somehow erroneously dubbed alt-country, but midway through the decade, they had thrown the incredible one-two punch of Alligator (2005) and Boxer (2007). They toured out the decade playing festivals and even doing a short stint opening for the recently recharged R.E.M., their spiritual forebears. And then they retired to the studio to figure out how to top those two great albums. The world was thirsty for 2010’s High Violet, which debuted way up the Billboard charts, a first for the band; their fifth album was confirmation that they had truly arrived. The record expanded their sound subtly but forcefully, and their songwriting got even more consistent. Every song on “High Violet” is surely some fan’s favorite song, and none of the choices are crazy: From the big singles “Terrible Love” and “Bloodbuzz Ohio” to the brooding new-fatherhood jam “Afraid Of Everyone,” it’s packed with goodness from stem to stern. And the album’s epic closer, “Vanderlyle Crybaby Geeks,” has become The National’s go-to closer in concert, usually played without amplification while the crowd sings most of the words. They probably couldn’t have imagined that feat just a few years before. The National ‎– Trouble Will Find Me

Just as Boxer and Alligator are like sibling records, so it goes with High Violet and its follow-up, 2013’s Trouble Will Find Me. It’s a bit of an emotional exhale, more of a flipside than a continuation, but it’s got some songwriting peaks of its own. “Sea of Love” sounds a bit like the younger National, while “Don’t Swallow the Cap” gets edgy and weird. “I Need My Girl,” on the other hand, feels almost traditional — a sweet, tender (but still skewed) ode. Trouble is also jam-packed with guest turns from The National’s peers, including St. Vincent, Sharon Van Etten, and Sufjan Stevens. Future Hall of Famers, each and every one. Trouble was nominated for a Grammy, but its follow-up, 2017’s Sleep Well Beast, actually took it home. (For Best Alternative Album, but still.) Speaking of home, most of the album was recorded at National guitarist Aaron Dessner’s brand new studio in the Hudson Valley. It was a change of scene and process, and it dovetailed with the band’s decision to get a little weird with the songwriting. There are subtle electronic elements throughout—and some not so subtle—and some of the first National guitar solos committed to tape. It’s dark, political, and stands easily (and sometimes uneasily) among their best. The National ‎– I Am Easy To Find

Though it didn’t make our best-of-the-decade list, an honorable mention should go to The National’s surprise 2019 collaborative album I Am Easy To Find, on which the band recruited a gang of talented women to sing duets with Berninger. And in addition to releasing three excellent albums this decade, there were side projects galore. Berninger worked with Menomena’s Brent Knopf on the debut album by EL VY, 2015’s excellent Return to the Moon. Aaron Dessner teamed up with Justin Vernon of Bon Iver for a band called Big Red Machine, and he produced a ton of great records by artists like Sharon Van Etten, Frightened Rabbit, and Local Natives. He also teamed up with Vernon to launch the Eaux Claires festival in Wisconsin. Aaron’s brother Bryce kept busy composing more classical-leaning music. Both Dessners toured with Bob Weir of the Grateful Dead after working on the massive Day of the Dead tribute album. The list goes on.