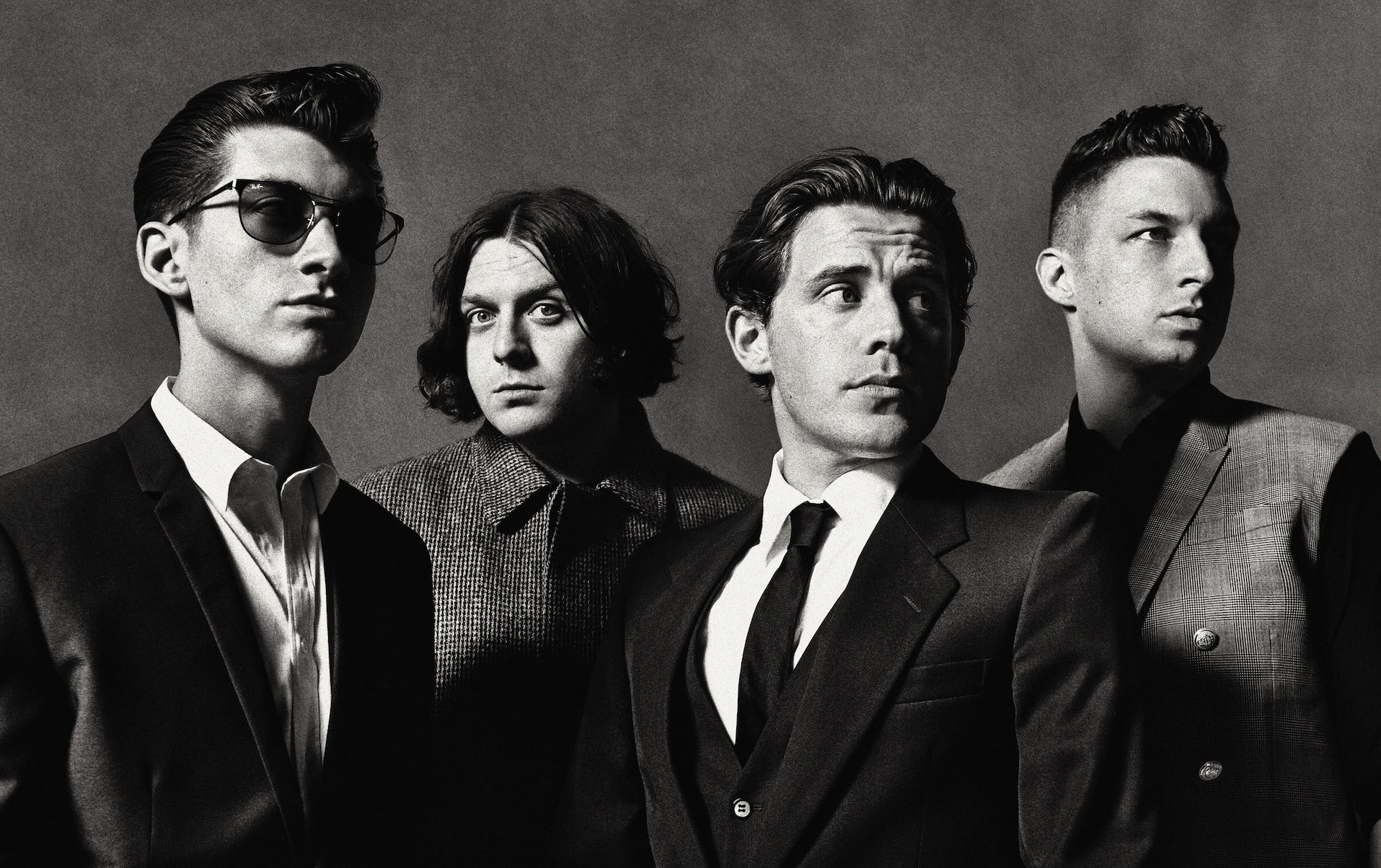 Editor’s Note: Shining a light on the more prominent artists of the passing decade; we’ll be taking a look at the artists who made a monumental impact on the 2010s and landed several albums in our 200 Best Albums Of The 2010s list in a series of pieces through the end of 2019. Today we’re taking a look at one of the first bands to be birthed via the Internet, the Arctic Monkeys. Kat Bein takes us through the band’s three LPs from the 2010s that made our 200 Best.

Whatever People Say I am, That’s What I’m Not

Arctic Monkeys make whatever music they want on their terms. As a start-up band in the early 2000s of Sheffield, England, the band found surprise popularity when their handed-out CD demo was uploaded to the internet. Labels begged to sign the strapping young lads with a sneering punk style and thoughtful lyrics, but when executives demanded changes to their original tunes, Arctic Monkeys began denying label scouts access to their concerts as well.

The band did eventually sign to Domino for its DIY ethos, and their 2006 debut, Whatever People Say I am, That’s What I’m Not outsold all previous British debut albums ever released (it has since been surpassed).

That debut album title is key to understanding the Arctic Monkeys, especially the band, as it exists today. Their the kind of nonlinear band that plays with Dizzee Rascal and Simian Mobile Disco in the same headlining Glastonbury set that it covers Shirley Bassey‘s “Diamonds Are Forever.” Originally die-hard hip-hop fans, the band members – who’ve known each other since they were 7 – became rock’n’roll enthusiasts after seeing The Strokes, The Libertines, and Queens of the Stone Age in concert. Those diverse interests and influences all make a show on their last three albums, all of this made Discogs’ fan-voted list for best albums of the decade. We now take a closer look at them below. 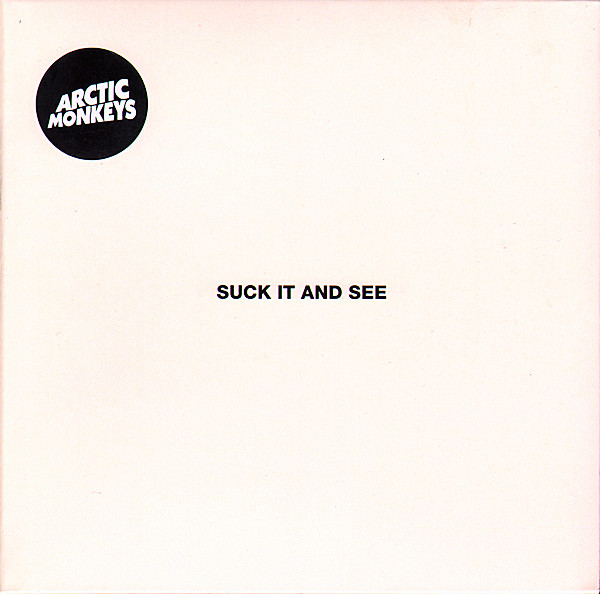 Suck It And See

Produced by James Ford, the record followed the band’s dark, brooding psychedelia trip Humbug. It was described by Ford and drummer Matt Helders as a more “instant,” “poppy,” and “vintage” than its predecessor, a noticeable fact from the start. It’s 12 tracks weave cheeky through ’60s doo-wop swings and trippy ’70s cool, taking inspiration from the simple cool of Iggy Pop on “Brick by Brick” (a song that uses less than 30 words in total), early Beatles ease on the metaphorical “Black Treacle,” and Beach Boys sweetness on the LP title-track “Suck It And See.” It’s a vibrant collection of love songs from the perspective of a man who dares to love a dangerous woman, though the story is told in cute lyrical quips and playful nonsense. Singer Alex Turner takes turns between straightforward storyteller and vague symbolism, the latter of which shines on “Black Treacle,” The Hellcat Spangled Shalalala,” and “Library Pictures.” A cool stand-out is “Don’t Sit Down ‘Cause I’ve Moved Your Chair,” which lists dangerous things you know you shouldn’t do but are hypothetically less dangerous than if this person suddenly, sans chair, were to just sit down. The song and the record are tongue-in-cheek, slightly mindless, and just-plain-fun rock’n’roll.

The album’s “dog shit rock’n’roll” style stood in sharp contrast to its contemporaries. In the early 2010s, every band was adding a synthesizer or getting a DJ to remix their tunes. EDM was just about to control global commercial airwaves, but instead of buckle under the pressure of the crowd, Arctic Monkeys looked to the past and made a record that stood out. Suck It And See knocked Lady Gaga‘s Born This Way off the No. 1 spot in the UK and reached No. 14 in the states. It’s the lowest polling of the band’s records on this list at No. 105, but its classic style proves one more time that rock’n’roll will never die. 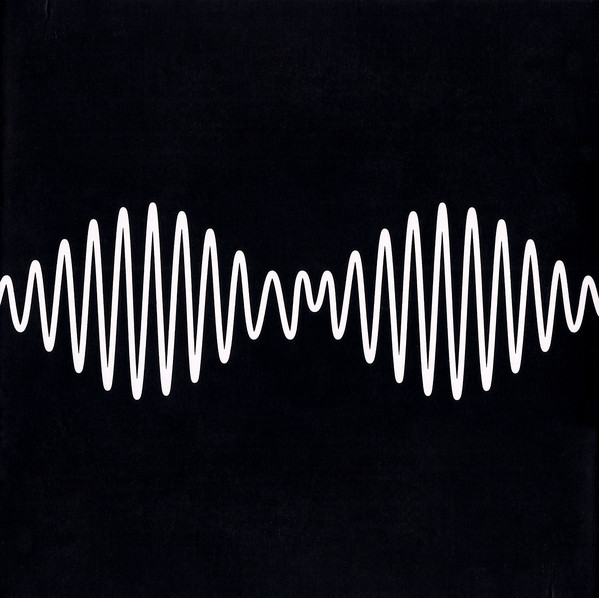 Picasso once said that good artists copy and great artists steal, and AM is a pitch-perfect example. Almost as if in reaction to its predecessor’s simple and straightforward presentation, AM blends a cacophonous range of influences into a delightful distillation that’s become the band’s most successful album to date. The title of the record is an acronym of the band’s name, at once acknowledging the group’s in-the-pocket performance while also lovingly ripping off the Velvet Underground‘s VU-titled Greatest Hits collection, with the song “Mad Sounds” adopting a very Lou Reed-sound as well. The album ranges in great strides, from the Black Sabbath interpolation of “Arabella” to the Bowie-esque ballad “No. 1 Party Anthem,” while “Why’d You Only Call Me When You’re High” kicking deep into modern R&B tropes a la Timbaland. The band mixes doo-wop with desert rock on “Fireside,” and singer Turner has cited Drake and Lil Wayne as influence on the playful lyrics of “R U Mine?”

It’s dark and brooding on “R U Mine?,” heavy on “One For The Road” and absolutely soul-gripping on intro tune “Do I Wanna Know?” It’s a hard-hitting album that synthesizes all the greatest bits of what came before it and sat beside it in our modern times. You can sing-along to these sad love songs, get lost in the innovative production, or just go about your day with the driving rhythms playing in your ear. It stands out among the band’s catalog with its frequent use of falsetto and head-turning rhythms, and it once again proves that the Arctic Monkeys can not and will not be contained.

Recorded in Joshua Tree, with guest appearances from Queens of the Stone Age frontman Josh Homme, Elvis Costello’s drummer Pete Thomas and Bill Ryder-Jones of The Coral. It’s the band’s highest-charting album and with a ranking of fifth-best record of the decade, clearly stands out as a creative opus among fans. It’s surprising for a band to hit a new high on its fifth studio release, but then again, Arctic Monkeys have never been predictable. 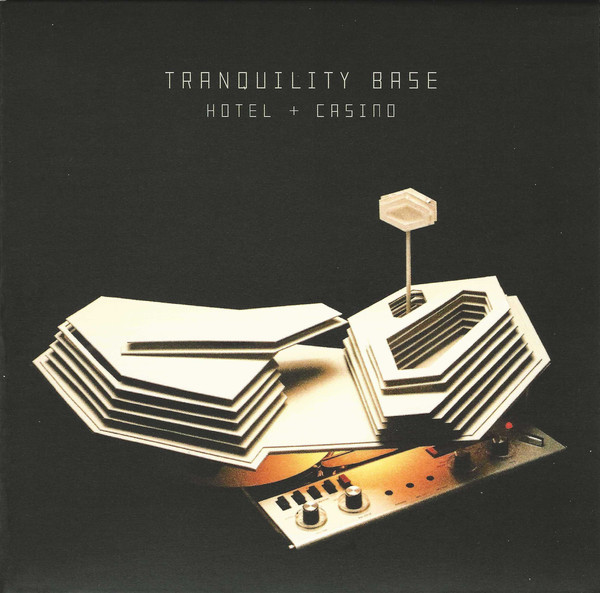 After the wild success of AM, the band took a short hiatus, focusing on solo efforts and other projects. The international fame made the band and frontman Turner into international stars, and the new fame weighed on Turner, bringing with it a sense of confusion, jadedness, and a case of writer’s block. Sick of writing love songs, he began writing about “anything else” at the suggestion of a friend. The result is Tranquility Base Hotel + Casino, the Arctic Monkeys’ first concept album, and complete stylistic departure. Turner was finally inspired by Federico Fellini‘s 1962 film 8½ and the way it depicted writer’s block and childhood memories. He wrote the album’s 11 songs mostly by himself on a Steinway Vertegrand piano in his new Los Angeles home. The process reminded him of piano lessons his father gave him when he was eight, and many of the melodies simple, plucky tunes are inspired by his father’s rudimentary style. Many of the vocal takes are originals recorded in Turner’s spare room affectionately dubbed “Lunar Surface.”

The album takes its name from the real landing site of the 1969 manned mission to the Moon. It’s a sad record that pulls sonic styles from ’70s prog rock, space rock, and most notable lounge and blues. Turner sings in a very Bowie-esque voice about consumerism, social ills, isolation, technological advancement, political turmoil, and the vast difference between what we wish to become as children and what fantasy turns out to mean. The album was produced by Ford and, for the first time, Turner, featuring performances by many session musicians, all of whom played together in a room, inspired by the Beach Boys’ process on Pet Sounds and Phil Spector‘s Wall of Sound techniques.

With much less guitar, downtrodden piano, and sci-fi themes, the stark contrast between previous albums was divisive among long-time fans. Nevertheless, the LP was the band’s sixth-straight No. 1 debut in the UK and became the country’s fastest-selling vinyl record in 25 years. It’s a smart, fresh and relatable work for anyone trying to make a life in strange modern times. It’s unique and artistic perspective brings it to No. 86 on the fan-voted list of best albums this decade.