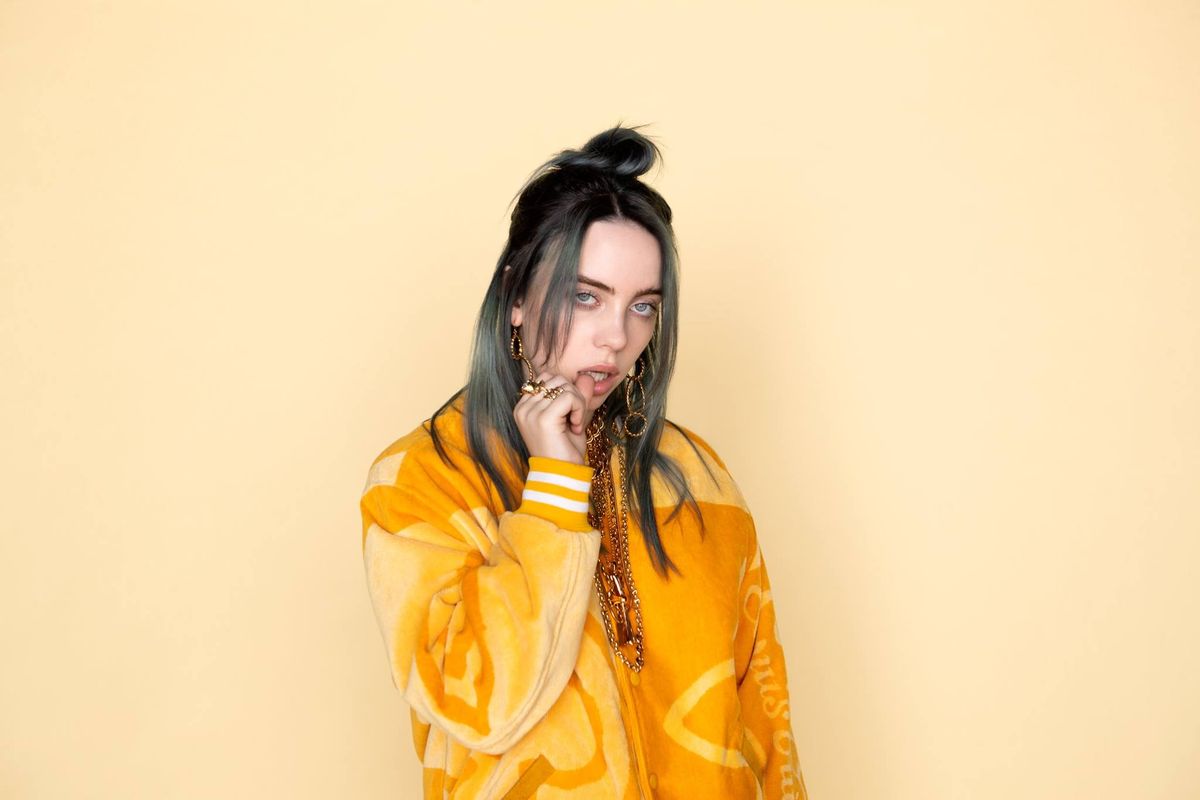 Editor’s Note: Shining a light on the more prominent artists of the passing decade; we’ll be taking a look at the artists who made a monumental impact on the 2010s and landed several albums in our 200 Best Albums Of The 2010s list in a series of pieces through the end of 2019. Billie Eilish hasn’t released several albums over the decade; she’s released one album this decade. When We All Fall Asleep, Where Do We Go? is the only album from 2019 that permeated the 200 of the 2010s list, ultimately staking claim to the most collected/wanted record of 2019 in the Discogs Community. Add the history-making Grammy nominations, Billie’s 2019 certainly deserves a shout out and who better to do so than Kat Bein.

Where Do We Go When We All Fall Asleep, Billie?

Some people just have a serious aura. Sure, they joke around with you, quote The Office and goof around with their Invisalign, and yet you can’t shake the feeling they’re some young genius whose yet to reach their peak.

We’re speaking quite obviously about Billie Eilish. The enigmatic, teenage singer-songwriter’s debut album When We All Fall Asleep, Where Do We Go? was released in March of 2019 and still managed to reach No. 125 on Discog’s fan-sourced Best Albums Of The 2010s list. It’s shocking at first glance. The Discog Community is meticulous, and not often the type to get swept up in the media frenzy of every new starlet on the scene, but Eilish is no cog in the machine. When We All Fall Asleep, Where Do We Go?

From the day she and her producer/older brother Finneas O’Connell first uploaded a track to Soundcloud, their subtle, raw and arresting musical formula grabbed this era by the throat. She is a force, plain and simple. Her songs are heavy, tackling serious and relatable emotions over inspired sonic innovations. Fresh and honest, she stands out from the crowd while signaling a new wave, while her work wins the hearts of critics and fans across genres and generations.

A few weeks after Discogs created it’s list for the 200 Best Albums Of The 2010s, Eilish swept the 2020 Grammy announcements with six nominations. Those nods included the categories of Album of the Year, Record of the Year, Song of the Year and Best New Artist, making Eilish the youngest act to ever hit all four. Her brother was singled out with two of his own nominations for his work on When We All Fall Asleep, Where Do We Go? in the categories of Best Engineered Album, Non-Classical and Producer of the Year. It’s a stunning achievement that further honors the innovation and richness of the siblings’ work.

Genres do not exist in Eilish’s world. The projects deftly combines alt-rock attitude with pop sensibility and modern hip-hop style. She is soft and hard, sensual without being “sexy.” She challenges the commercial paradigm and pushes it forward. Green Day‘s Billie Joe wears her merch with pride, Jack White recently made her a live album in his Third Man Records studio, and she released a remix with Justin Beiber.

Billie Eilish Pirate Baird O’Connell (a full name that deserves mention) and her brother Finneas were born to creative parents and homeschooled in Los Angeles. The young Eilish got her start as a dancer, which may explain her poise and powerful stage presence. She became an overnight sensation in 2015 with Ocean Eyes, a song she and her brother wrote for Eilish’s dance instructor while she healed from an injury. Poignant, beautiful and melancholic, the one-time single was picked up by Netflix for its original series 13 Reasons Why and soon became a bona fide hit.

The project was quickly signed to Interscope, but she and her brother still make each song in their parent’s home. Taste-makers laud their eery sound effects, industrial textures, and heavy bass booms. The compositions are quite minimal, serving to empower Eilish’s throaty whispers, which is alluring enough on its own. Her fashion style is oversized and boyish, dressed in clashing patterns with long nails and colored hair. All in all, she’s a bit like Fionna Apple mixed with Nine Inch Nails wrapped in modern R&B diva aesthetics.

Hype continued to build with 2017’s debut EP Don’t Smile At Me, and by the time the full album dropped in March, it seemed as if Eilish could take over the world. Promotional videos distinguished her from the pack. In 2018, she released a vertical video for trunk-rattling early single You Should See Me In A Crown that featured her covered in crawling spiders. In 2019, there was a 16-second snippet of Bury A Friend in which she appeared dazed and messy from the neck up while black-gloved hands grabbed and pulled at her face.

And neither of these spooky singles were your typical, infectious summer anthems. Bury A Friend is presented as a conversation between Eilish and the monster under her bed, which ultimately turns out to be Eilish herself. The lyrics explore thoughts of suicide, patterns of dangerous thinking and wondering why anyone likes the protagonist in the first place. Musically, it’s a whirlwind of sounds crafted from samples of stapler guns and dental drills. It’s surely one of the strangest songs to break the Billboard top 20.

Bad Guy was surely the biggest hit and the catchiest on the album. The song celebrates Eilish as an antagonist, the anti-hero of love stories and social gatherings. The music video was quickly labeled iconic, full of bright colors and goofy dance moves to prove Eilish a serious artist without taking herself too seriously. The song reached No. 1 on the Hot 100 charts, dislodging Lil Nas X‘s Old Town Road after 19 weeks.

Still, the singles aren’t the full soul of When We All Fall Asleep, Where Do We Go? Most of the album plays breathless in bare-bones moments. Xanny is a particularly stand-out track. It confronts the social norms of drug abuse, particularly with anti-anxiety prescription pills, which modern rappers talk about like candy. It’s a slow, trudging tune sung in a sluggish tone wherein Eilish laments how users are too fucked up to see how they hurt themselves and those around them. It’s not preachy, though. Eilish says the message is more “be careful” than “just say no.”

When The Party’s Over is so sparse and emotionally heavy it’s almost hymnal. Ilomilo is quirky with a ghostly touch, a lonesome song about losing friends. Listen Before I Go is a pained but beautiful suicide note that ends in sirens. I Love You is a gut-punch of a ballad about the complicated way we turn from friends to lovers, knowing pain could be around the corner. The power of the song – and the project in general – is particularly palpable in Eilish and her brother’s live performance on Saturday Night Live.

There are jauntier moments, of course. All The Good Girls Go To Hell is plucky over a poppy beat and bouncy piano chords, but Eilish’s voice is smoky and gravel-filled as ever as she warns about Mother Nature’s revenge. 8 is a cutesy juxtaposition of broken-hearted laments and sunny ukulele. My Strange Addiction brings modern pop edge and samples of The Office (Eilish’s favorite show).

In a final artistic flourish, the album ends with Goodbye, a short composite song made from lines of other tracks. It helps underlies the point, simply that When We All Fall Asleep, Where Do We Go? plays like more than an album; it’s an experience, and that’s why the world clamors for more.