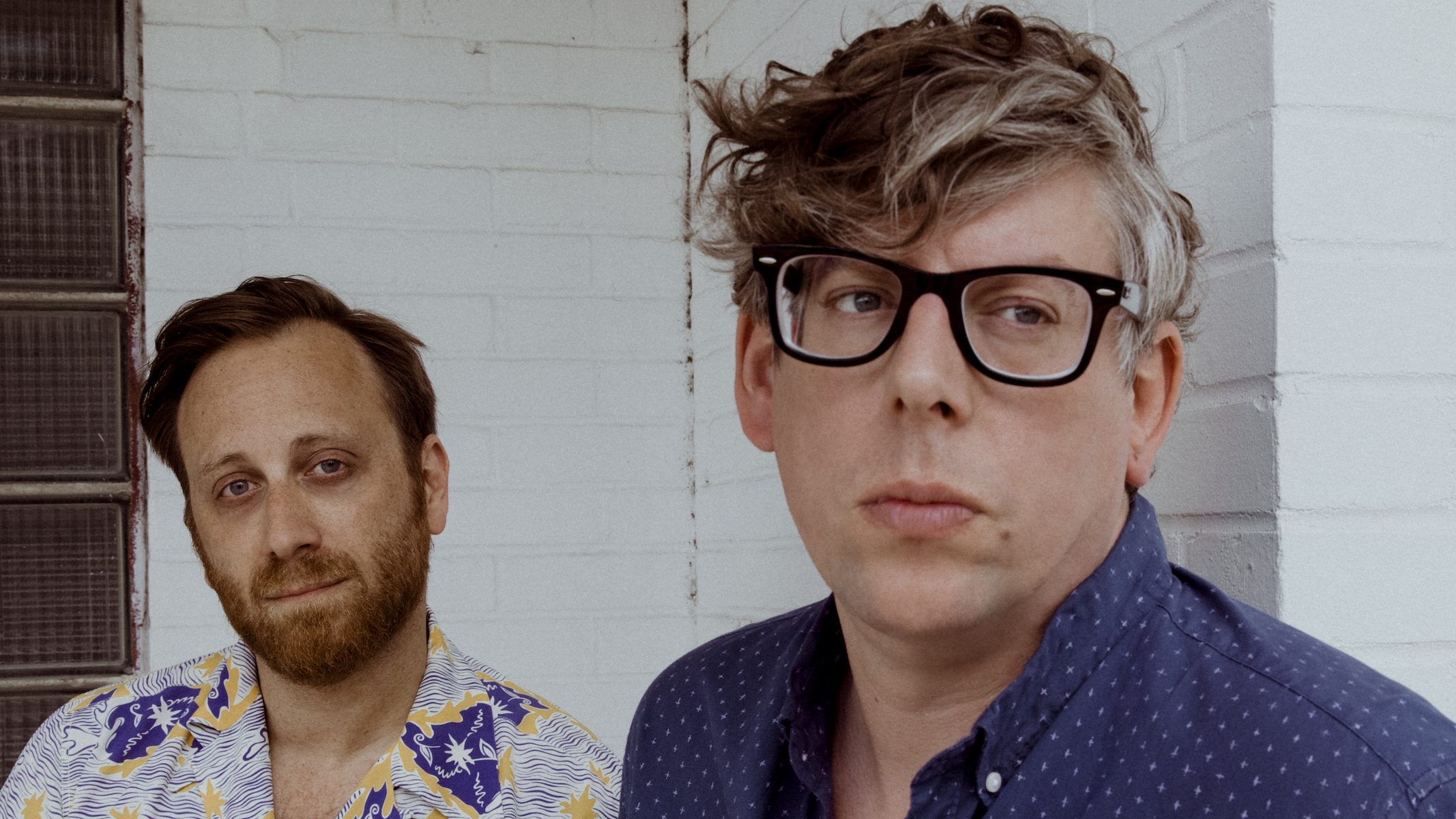 Editor’s Note: Shining a light on the more prominent artists of the passing decade; we’ll be taking a look at the artists who made a monumental impact on the 2010s and landed several albums in our 200 Best Albums Of The 2010s list in a series of pieces through the end of 2019. The Black Keys‘ second decade could have been tumultuous, but as-if powered by the shear force of Dan Auerbach and Pat Carney‘s unbreakable bond, The Black Keys rock stardom shot through the roof. Morgan Enos takes us through the decade of The Black Keys in which El Camino and Brothers land in the Top 20 of our Best of the Decade.

Tighten Up on Your Reins: The Black Keys in the 2010s

The Black Keys were on the cusp of hard-earned success — and they were threatening to collapse. When the band entered Muscle Shoals Sound Studios in 2009, drummer Patrick Carney was out of sorts from a bad divorce, and guitarist Dan Auerbach had recorded a solo album for their new label, Nonesuch Records, without telling his bandmate.

“I was mad at Dan. I was mad at our manager. I was mad at everybody,” Carney told Rolling Stone in 2010. “Homeboy was miserable,” Auerbach said. “He was being manipulated mentally and emotionally.” Perhaps inspired by Carney’s cratering marriage, Auerbach showed him a new song: “Next Girl,” about moving on from a bad relationship. “He was just so stoked,” Auerbach said. “The rest of the session, it was smooth sailing.”

In spite of their turmoil, the band made Brothers, which earned them three Grammy Awards and the No. 3 spot on the Billboard 200. On their successive albums, 2011’s El Camino, 2014’s Turn Blue and 2019’s Let’s Rock, they’ve become one of mainstream rock’s most inspired and bulletproof acts — partially for never changing. “You absolutely should not do anything different,” Carney told The Telegraph in 2012. “You should do whatever it is that got you into those places in the first place.”

And he credits the Black Keys’ success to not being noticed early on. “The luckiest break we ever had was not to have any major success until we were both over the age of 30,” he told The Telegraph. “We spent eight years watching other people’s mistakes. So when it came for us, we didn’t say, ‘Now it’s time to take a vacation.’ It was like, ‘Now we have to work harder.’”

With the Black Keys’ triumphant 2010s coming to a close, here’s a rundown of each album they released this decade. 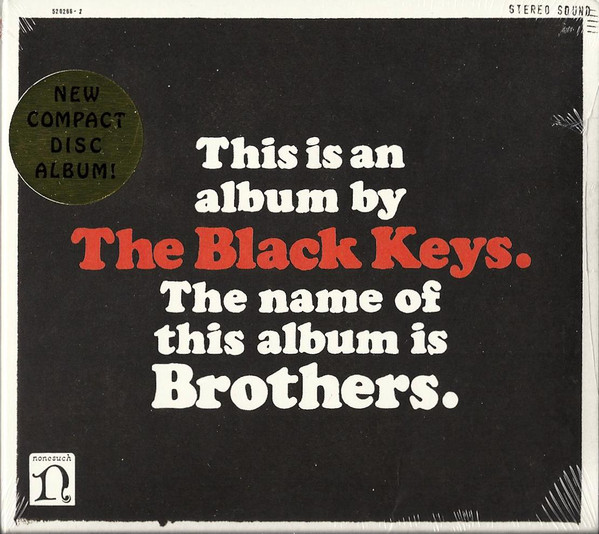 The Black Keys put their noses to the stone to get to a breakthrough like Brothers. They recorded using $18 RadioShack microphones in a rat-infested basement and slept in “foul motels full of insects and meth heads,” as Auerbach told The Guardian in 2011.

In 2009, their most fractious year, they discovered who they were to each other. “Pat and I have spent more time together than with anybody in our families,” Auerbach told Rolling Stone in 2010. “We love each other, we get on each other’s nerves, we piss each other off. But like brothers, we know it’s all OK.”

Whatever tension the Black Keys went through, it paid off in their sixth album, Brothers, which featured Auerbach and Carney’s strongest songs to date and sophisticated production flourishes by Danger Mouse. Abetted by hit singles “Tighten Up” and “Howlin’ For You,” Brothers was the rock royalty boost the band needed. An album of pure momentum, El Camino was a second wind after Brothers’ smash success: there are daring new rock, soul and funk elements to its arrangements, and a sticker on the packaging simply reads “PLAY LOUD.”

As Auerbach told The Telegraph, co-producer Danger Mouse encouraged them to write the songs in reverse, coming up with vocal melodies first — and as a result, highlights like “Dead and Gone,” “Gold on the Ceiling” and “Hell of a Season” pop out like never before.

Despite El Camino’s energy and verve, Auerbach seems apprehensive about the album: “It isn’t my favorite record,” he told The Telegraph. “I much prefer Brothers.”

Still, for such a minimal act, the widened instrumental palette on El Camino is a refreshing change, and the Black Keys bash away like they’re hellbent on proving their staying power. 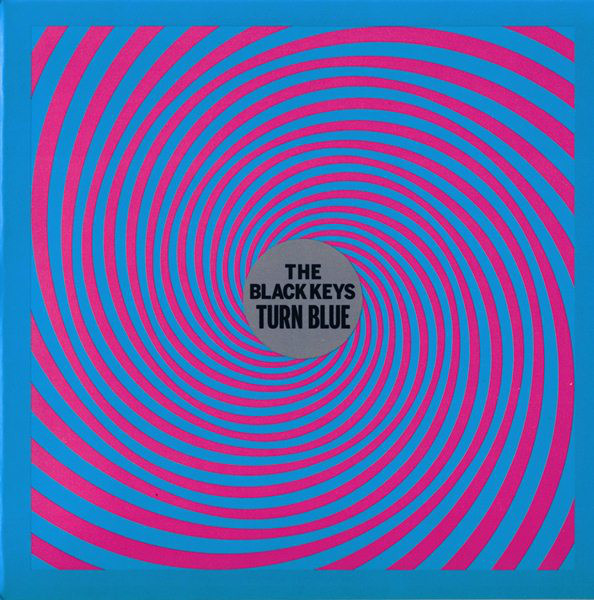 After swinging hard for commercial success on Brothers and El Camino, the Black Keys chilled out and opened up on the spacey psychedelic Turn Blue. It had an introspective vibe for a reason: Auerbach had just dramatically, publicly divorced his wife of four years, Stephanie Gonis.

According to Rolling Stone, Auerbach claimed that Gonis attempted suicide in front of their six-year-old daughter and set their house on fire (Gonis stated that the former was due to “years of abuse” and that the latter was an accident).

Auerbach won custody and licked his wounds through music. “I’ve never relied on music to get me through anything like I did on this one,” he told The Guardian in 2014. “I realized how fortunate I was to have this thing I can do: making music, and lyrically, saying things that are personal.”

Sounding like the spaciest ends of Pink Floyd and Led Zeppelin, Turn Blue is one of the Black Keys’ most satisfying albums: the seven-minute “Weight of Love” rides two hypnotic chords to a crescendo, “Fever” drills into an anxious disco groove and the redemptive closing rocker “Gotta Get Away” suggests a light in the tunnel. 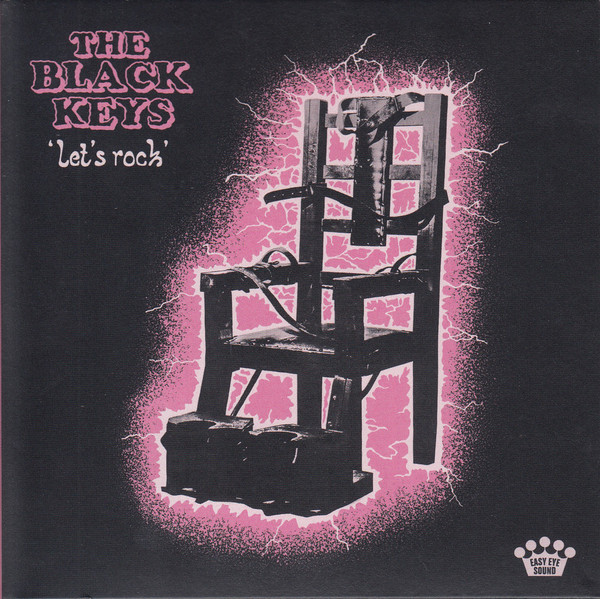 Described by Auerbach as a “homage to the electric guitar,” the title of “Let’s Rock” (stylized with quotes) was inspired by Edmund Zagorski, a convicted double murderer sentenced to the chair in 2018. His last words before the electric shock? Well, you can guess.

“I just kept coming back to that story,” Auerbach told The Tennesseean in 2019. “The idea of the electric chair, and “Let’s rock,” and we’d just made this rock and roll record. I feel like it was sort of meant to be. We were just handed that.”

“Let’s Rock” came at a more tranquil time for the band; between 2015 and 2019, Auerbach and Carney both remarried. While not breaking new ground, the album sounds more relaxed, both less fussy than Brothers and less tortured than Turn Blue.

On songs like “Shine a Little Light,” “Eagle Birds” and “Every Little Thing,” the band has little to prove, letting their tried-and-true crash and crunch do the talking. With the Black Keys, a lot can come from never changing.