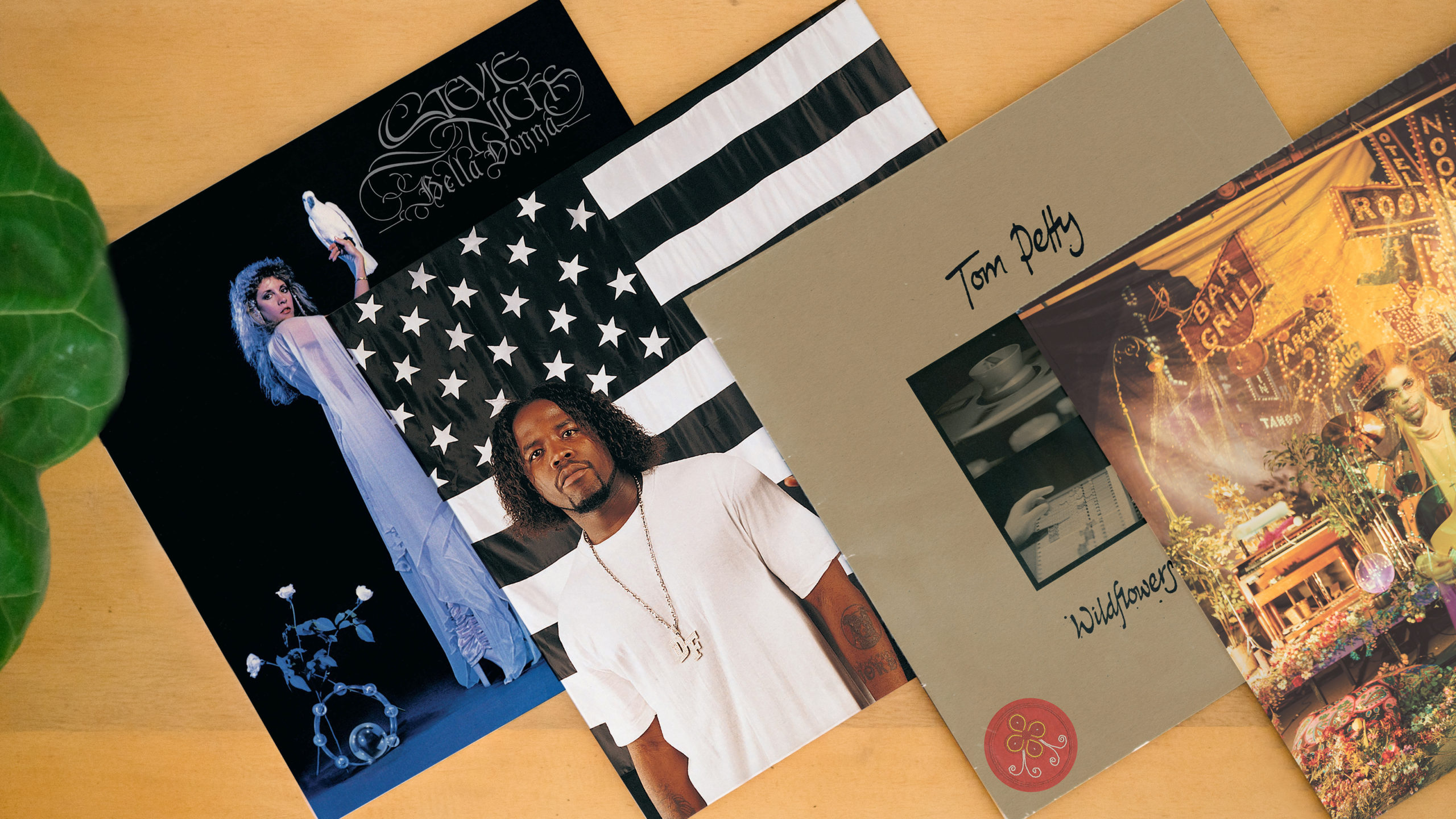 In looking at what made this year’s list of the most popular reissues on Discogs against my own list of the best archival titles of 2020, there are several things that need to be considered, the first one of which is how vinyl is purchased these days. I’ve been collecting records since the eighth grade. And in these 33 years that I’ve been digging, I’d never buy vinyl for more than $5. I still stick to the dollar bins when I’m at the spots I frequent in the present day. So long as they’re not warped or scratched beyond repair, it was fair game.

7. Spiritualized ‎– Ladies And Gentlemen We Are Floating In Space (1997) 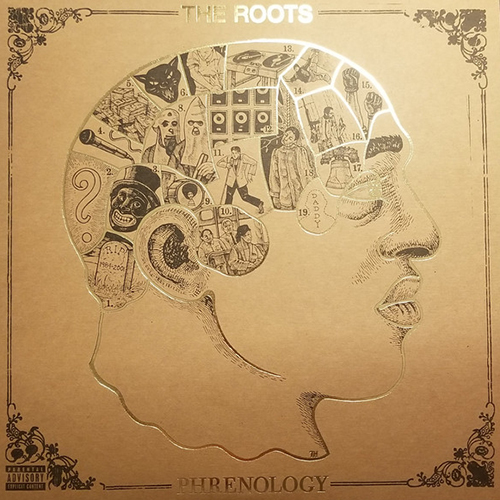 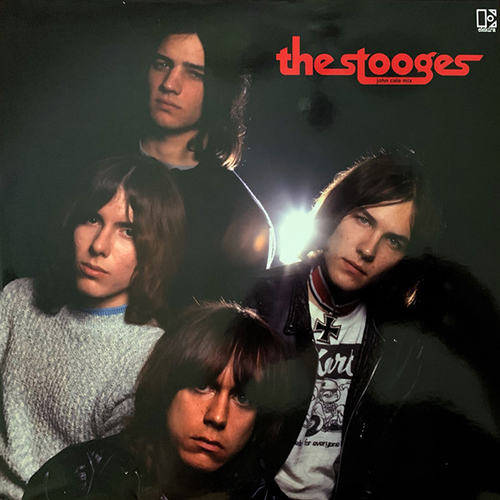 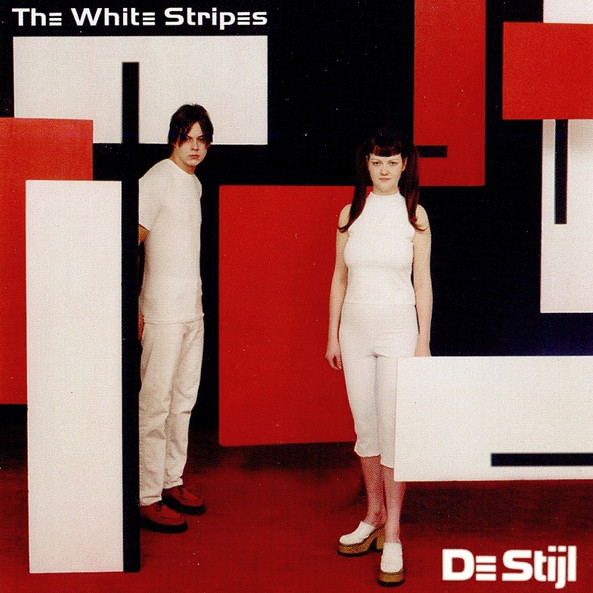 The majority of the most-collected releases on Discogs are straight vinyl reissues, albeit with a twist. For instance, at No. 2 is Joy Division’s Closer, repressed on crystal clear vinyl in honor of the album’s 40th anniversary. Meanwhile, at No. 9 is G-Sides, the rarities companion to the classic first Gorillaz album. It’s just a straight black vinyl reissue but serves as a fitting reminder of the project’s longevity these last 20 years. As this year’s double-shot of killer new releases — Song Machine: Season One and Z2 Comics’ essential Gorillaz Almanac — declares, there isn’t another act that started in the 21st century that has established the kind of catalog this brilliant brainchild of Damon Albarn and Jamie Hewlett has been offering fans since 2001.

Yet the most significant factor in Discogs’ most-collected reissues is the heavy presence of Vinyl Me, Please, the Denver, Colorado-based record club that has been the gold standard in this new era of curated, gourmet vinyl. No less than seven titles in the top 10 are part of the VMP Essentials series, which is a keen indication of how the gradual success of VMP’s model is paying off. I only own one of these titles myself, OutKast’s 2000 LP Stankonia, and I cannot help but appreciate the care with which these editions are crafted. From the heavy cardboard jacket to the expertly penned liner notes by top industry pros to the colored vinyl the company uses, VMP has created the LP equivalent to the Criterion Collection, in a way, though with less bonus material. And while I may not seek out these particular VMP Essentials on the second market (all are sold out!), seeing them on the ranking of the most-collected reissues prompted me to revisit my own well-loved copies of Phrenology, Bella Donna, and Ladies and Gentlemen, We Are Floating in Space.

My subjective list of the best reissues of 2020 list is pretty much the polar opposite of the most-collected reissues on Discogs, but at the same time represents a giant yet woefully overlooked faction of the Discogs Community: CD buyers. We are out there in full force, despite what the pundits might claim. And for us, content is king, though, given the elaborate nature of certain box sets, aesthetics are also appreciated. But mostly, it’s the amount of sonic bang-for-your-buck when it comes to the litany of deluxe editions, complete recordings sets, expanded versions, and long-out-of-print gems from all genres.

There’s only one collection that overlaps our lists, and that’s the Tom Petty box set, which certainly testifies to the staying power of Wildflowers 26 years after its arrival. Yet on the most-collected list, Wildflowers and All The Rest sits perched on the No. 1 spot thanks to the vinyl edition of the reissue. However, the reason this set sits on my list is because of its trove of bonus material, including another full album of outtakes, a set of home demos, and a disc of some of the best live Petty available.

It’s the same reason the highly anticipated Sign “O” the Times reissue — perhaps the most anticipated posthumous Prince title to emerge from his storied vaults — ranks at No. 1. And as it teems with music intended for such mythical lost albums as Dream Factory, Camille, and Crystal Ball, including 45 previously unissued studio songs recorded between May 1979 and July 1987 along with a complete live audio set documenting the Sign O’ The Times Tour, this 10-CD set does not disappoint.

Meanwhile, Omnivore Recordings released a 25th anniversary expanded edition of Orange Crate Art, the 1995 collaborative masterpiece between Brian Wilson and Van Dyke Parks on their first team-up together since 1972’s “Sail On Sailor.” This two-CD version includes three previously unissued session outtakes and an entire second disc of previously unissued instrumentals that provide the listener with an entirely new vantage point from which to experience this mid-90s pop treasure.

Archival jazz always ends up on my year-end list, but 2020 really proved to be eye-opening due to the sheer sense of discovery I’ve enjoyed with the four titles that made the cut. For vinyl purists, it must be heresy to see a CD release remastered off a virgin copy of the original LP. But in the case of The Complete Yale Concert, the 1966 live recording from pianist Don Pullen and drummer Milford Graves at Yale University — reissued for the first time in its complete form via the Corbett vs. Dempsey imprint — is well worth dealing with a little transfer hiss to experience every moment of this dynamic showdown between two free jazz heavyweights.

Also made available this year for the first time in forever is Joy Unlimited, the classic 1975 LP from Barbados-born British trumpet great Harry Beckett, remastered by the UK’s Cadillac Records. Fans of the current crop of English jazz musicians on the come-up in 2020 should no doubt take a moment to give this jubilant blend of crime film funk, graceful post-bop fluidity, and Caribbean rhythms that’s been out of print for too long.

And from STRUT Records comes a vibrant update on the label’s 2001 anthology chronicling the music of New York City loft jazz giant James “Plucky” Branch in the form of an indelible two-CD set entitled African Rhythms 1970-1982, which chronicles the funky and spiritual evolution of his group, Oneness of Juju, in all its incarnations. Similar to how the original compilation emerged right at the time when such hip-hop greats as Madlib and the late, great J. Dilla were rising, the most welcome return of African Rhythms 1970-1982 to retail comes back at a time when a similar sea change in beat tape culture is taking place in the present tense via the likes of such forward-thinking acts as Sault, Jenna Camille, and NNAMDI.

Nobody balanced art jazz, global beat, and experimental drone music like British trumpet great Jon Hassell, who at 83 years old remains a vital force in modern composition. He referred to his signature sound as “fourth world,” signified by a horn drowned in filters and effects pedals that he introduced to modern music in 1977 with his first commercial work, Vernal Equinox, newly remastered on Hassell’s Ndeya imprint. Originally released on Lovely Music, Hassell, along with master Brazilian percussionist Naná Vasconcelos and synth player David Rosenboom, created a siren song for the future that pulled from Hassell’s unique work with Terry Riley and La Monte Young, yet also found its way into the DNA of Brian Eno and David Byrne’s work on Talking Heads’ Remain In Light and My Life in the Bush of Ghosts. In fact, Hassell would follow up Equinox with a series of collaborations with Eno on 1980’s Fourth World, Vol. 1: Possible Musics, 1981’s Dream Theory in Malaya: Fourth World Volume Two, 1986’s Power Spot, and Eno’s own 1982 LP Ambient 4: On Land. In addition to his own brilliant solo work (which continues to endure with this year’s brilliant Seeing Through Sound), a look at Hassell’s sideman credits — which includes appearances on such albums as David Sylvain’s Brilliant Trees, the Peter Gabriel Birdy soundtrack, Tears for Fears’ The Seeds of Love, and several Ry Cooder LPs, namely the Trespass soundtrack and 2005’s Chavez Ravine — will no doubt send you down a fun rabbit hole. And it all starts with Vernal Equinox.

The “complete albums” type of CD box sets are also the best way to get the most bang for your buck in terms of filling out the discographies of favorite acts. In the case of both 2-Tone: The Albums and the Staple Singers’ Come Go With Me: The Stax Collection, it was well worth obtaining double copies of CDs I already own in order to get my hands on some serious rarities nestled within the framework of the sets.

The 2-Tone box, for instance, contains the first eight LPs from the label, released in honor of the 40th anniversary of Jerry Dammers’ storied imprint, and includes such super hard-to-find rarities as the two studio albums by Specials trombonist Rico along with the live concert album Dance Craze and the This Are Two Tone, which collects a host of non-album singles and B-sides. So even if you already have all the albums by The Specials and The Selecter (whose classic Too Much Pressure gets a long-overdue CD reissue), it is so worth doubling down in order to get the complete history of this record label so beloved by ska, New Wave, reggae, punk and pop fans alike.

Come Go With Me, meanwhile, presents all of the group’s studio albums released on the iconic Memphis label from 1968 to 1974, including 1971’s super funky The Staple Swingers and the Swampers-assisted 1972 essential Be Altitude: Respect Yourself, as well as a seventh disc packed with rarities, non-album singles, and several live recordings from the legendary 1972 Wattstax music festival.

Other times you just want to completely reboot your old collection of albums from a single artist, which was all of the appeal of This Far. Sade’s six albums for Epic Records are among the most cherished recordings in modern R&B. And with new music from the band on the horizon, it’s time to re-evaluate a career that’s been sailing smoothly for over 35 years. This Far marks the first time Diamond Life, Promise, Stronger Than Pride, Love Deluxe, Lovers Rock, and Soldier of Love have all been collected as one proper package. And while the nebbish music completist inside me questions the exclusion of the 2002 concert album Lovers Live, the question mark at the bottom of the box offers the promise of more cosmopolitan soul from the best band to ever do it.