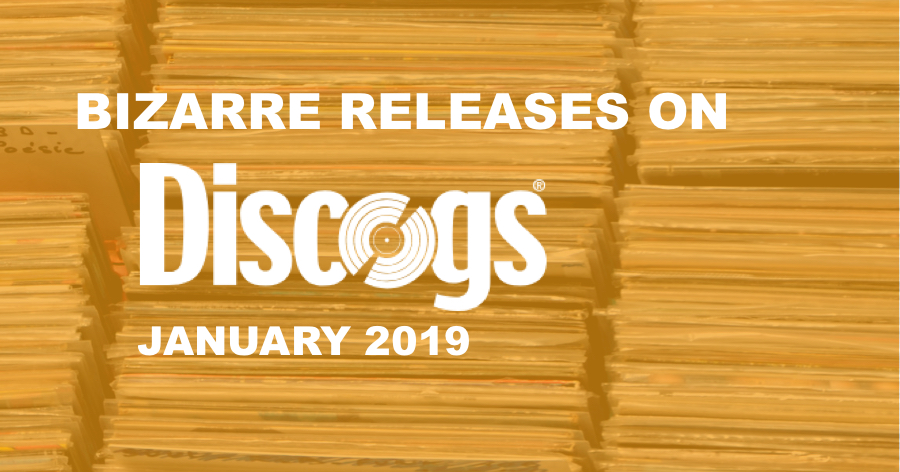 In April 2018 Earjerk started a thread in the Discogs Database Forum asking Contributors to list their noteworthy or curious additions to the database: “Post your interesting new additions to the database here…” Here’s the best of the bunch from January 2019. Next time you add something weird, wonderful, rare or noteworthy in any way, share it in that forum thread for all to see.

Cecil Eustace Bustamente Campbell, AKA Price Buster, is a big name in Jamaican music. Born in Kingston in 1938, he cut his teeth in the heyday of Jamaican sound system culture. Sound systems were big business and any crew’s popularity was contingent on one thing and one thing only: fresh new tunes. If only they had Discogs…

Originally drawn to the sounds of 1950s American Rhythm & Blues booming from Chinese-Jamaican Tom Wong’s ‘Tom The Great Sebastian’ sound system, Prince Buster was eventually hired by Clement “Coxsone” Dodd (who started the much lauded Studio One label) to work for the ‘Down Beat’ sound system. Alongside sourcing and selecting new music, he was tasked with identifying the singles that nemesis Arthur “Duke” Reid  (who later founded Treasure Isle) was importing for his rival system, dubbed ‘Trojan’. This was nothing trivial. Duke, an ex-cop who bought a liquor store after winning a national lottery, was infamous for always carrying a gun on his hip, and for the ‘bad men’ that travelled with him, who often sabotaged his rival’s gear at sound system clashes.

Around the beginning of the 60s,  to avoid being tied to the American release cycle, the sound systems began producing their own records. What started out as copying American Rhythm & Blues evolved into the uniquely Jamaican music of Ska. Prince Buster put his training under Dodd to good use and started many local labels of his own (Wildbells, Buster Wild Bells, Soulsville Center, Islam, Olive Blossom Records, Prince Buster and Prince Buster Records Shack), but the most prolific output was on Voice Of The People, which was also the name of the sound system he later formed. These are now prize possessions, there are dozens of VOTP records worth over $100 USD, and their average ratio of Wants to Haves is six times the site wide average at 3.54. Luckily for us a lot of Buster’s his own material has been repressed or reissued, but there are still quite a few super rare and highly sought after Releases:

However, given how critical new music was in the culture of sound system clashes, an old white label like this one is super rare indeed! They were what the crews would play at clashes before the music was Released to the public. Nice find Diognes_The_Fox. Sandra Brookover – How To Buy Meat Chico and the Marvettes, R.T. Prince – Music To Tickle Your Needle By/What Do You Want For Nothing

Want to learn more about how Discogs is built?
Read our Overview Of How Discogs Is Built
Ready to submit a new Release to Discogs?
Check out the Quick Start Guide For New Contributors