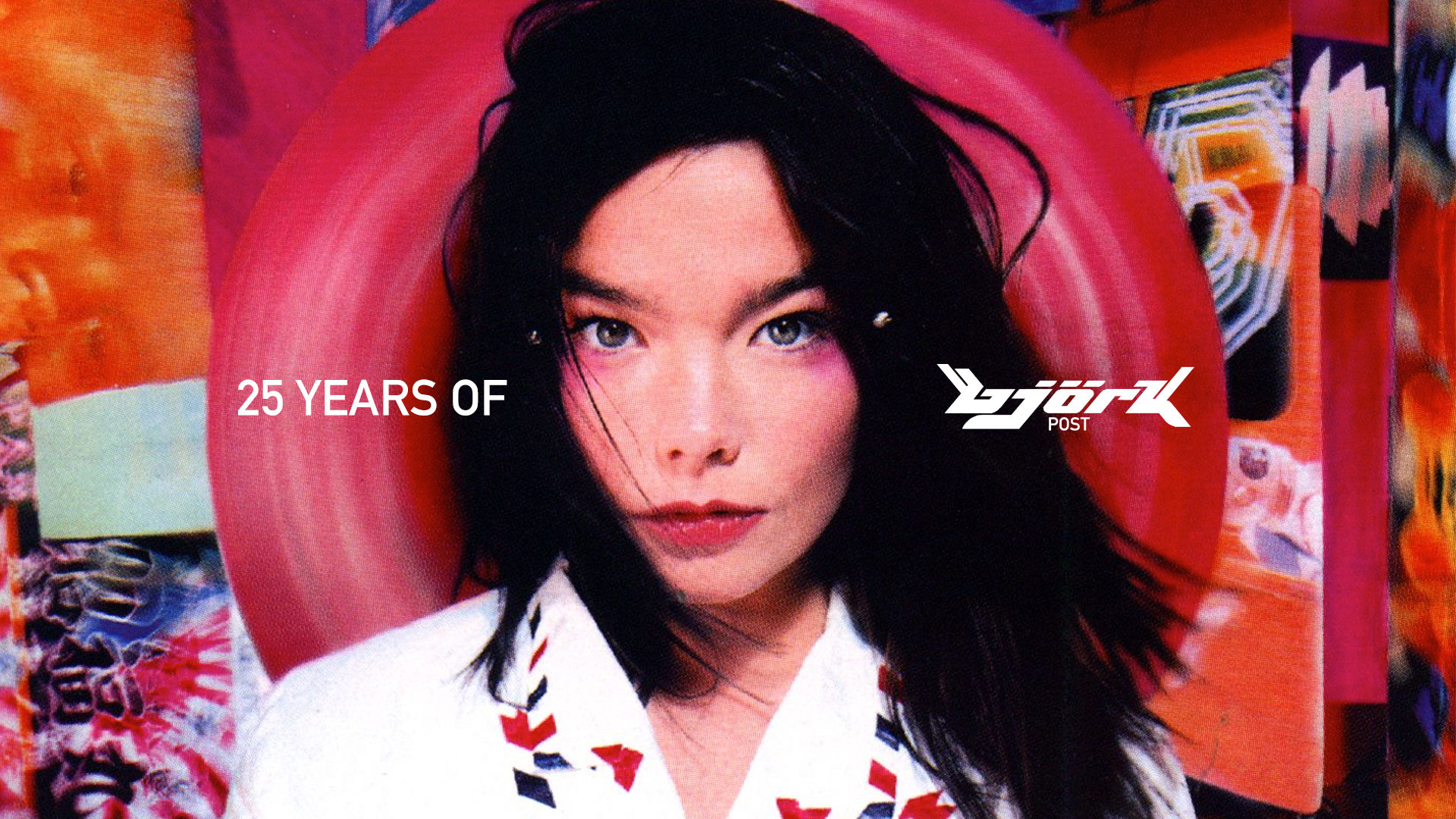 Before Charli XCX was the world’s No. 1 Angel, before Sophie was nominated for a Grammy, before FKA Twigs twisted onto the scene, before Grimes took us to “Oblivian,” and before Lady Gaga dropped Art Pop, Icelandic superstar Bjork stood at the edge of an avant-pop mountain and threw all kinds of little things off the cliff while the whole world danced to the sound.

June 13 marks the 25th anniversary of Post, an album that defied the sophomore slump and catapulted Bjork to the top of international charts, solidifying her as a queen of surrealist crossover. The 46-minute, 11-track expedition was, in the year of its release, likened to a “vacation” by Lorraine Ali of Rolling Stone, one that took the listener on a whirlwind trek through trip-hop, jungle, Latin rhythms, jazz, techno, big band, and industrial. 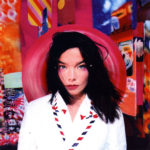 Bjork was praised for not playing it safe, although today, it’s hard to imagine what “playing it safe” would even look like for Bjork. Post, by the very nature of being her second solo album, defined her career as a ceaseless aural adventurer, pushing the concept of what an album is for decades to come.

Of course, she wasn’t the first art-pop pioneer. The Beatles and the Beach Boys launched a freak-out in the mid-1960s, and David Bowie certainly led a psychedelic fashion riot, but Bjork took up the mantle and led the charge from the ’90s to beyond.

After her breakout band The Sugarcubes dissolved, the singer-songwriter, poet, and performance artist collected various diary entries and sonic experiments into an intimate portrait of her late teens and early 20s. Co-produced by Nellee Hooper, it was called Debut, and while she expected it to be kind of a studio album, the 11-track collection sent her on a world tour.

Debut was a “before” record for Bjork, and Post plays in the “after”: after moving from sleepy Reykjavík to London’s bustling urban circus, after having written the title track of Madonna’s 1994 Bedtime Stories, and after accepting her role as an international “pop star.” The title is also a reference to the mail, each song reading like a kind of letter to her friends and family back home.

Written, recorded, and released in her late 20s, it captures the spirit of a woman taking control. It’s her first self-produced record, featuring collaborations with Hooper as well as Howie B, 808 State’s Graham Massey, and Massive Attack co-founder Tricky.

All that club energy colored Post‘s urban sound, a mix of frenetic chaos and dreamy ambiance meant to reflect the city’s vibrant mix of cultures. Bjork tempered that rush with beautiful strings and bright horns, blending the sci-fi bleeps with lush organic arrangements for a smart, heavenly feel. It’s a moody record, juxtaposing joy and hurt, technology with nature, consumption against instinct. It’s classic style versus futurism, and somehow, Bjork manages to fit melodic pop appeal into the dynamic.

Post gave us six singles, starting with the raw grinding strength of album opener “Army of Me.” It is a messy song, strong and a bit angry with love. It marked the album with darker tones than Bjork had previously tested, but right after it comes the blissful airy bass of fan-favorite “Hyperballad.” It’s bubbly intelligent dance music (IDM) textures matched with her nymph-like vocals create a perfect precursor of modern-day mutant pop.

Things get steamy on “Isobel,” a nearly six-minute epic that’s soaringly orchestral with South American style. It’s magical realism is followed by the computerized humanism of “Possibly Maybe,” a blue-toned song that might be the most touching ballad ever built from fax machine noise. It’s cold but very-human touch feels a direct inspiration to Radiohead’s 2000 classic Kid A (so does non-single album closer “Headphones,” for that matter).

“I Miss You” stands out amongst the crowd with its bold mix of hand drums, breakbeats, and Latin rhythms. Still, “It’s Oh So Quiet” is the album’s most unique moment and also it’s most traditional. A cover of Betty Hutton’s 1951 hit, the showy tune gives Bjork a chance to show off her spastic, throaty vocal abilities. You’d think it was made for her, and it remains her biggest commercial hit with an iconic musical-style video directed by fellow icon Spike Jonze.

The record’s wild hybrid of genres and styles is Post‘s greatest legacy. Bjork’s tireless efforts to push the boundaries has made her an incredible source of inspiration. Her palette is as varied as the artists who have sampled her, a list that includes Travis Scott, Missy Elliot, DJ Shadow, Queens of the Stone Age, Childish Gambino, Arca, and E-40.

It took the soul of the UK’s underground to mainstream airwaves around the world, standing out among the States’ grunge and R&B. Now 25 years old, Post does sound decidedly ’90s, but Bjork saw far enough into the future for the album to stand the test of time. As she told Interview Magazine in the year of Post’s release: “I have to recreate the universe every morning when I wake up and kill it in the evening – which is a bit outrageous, but there you go.”