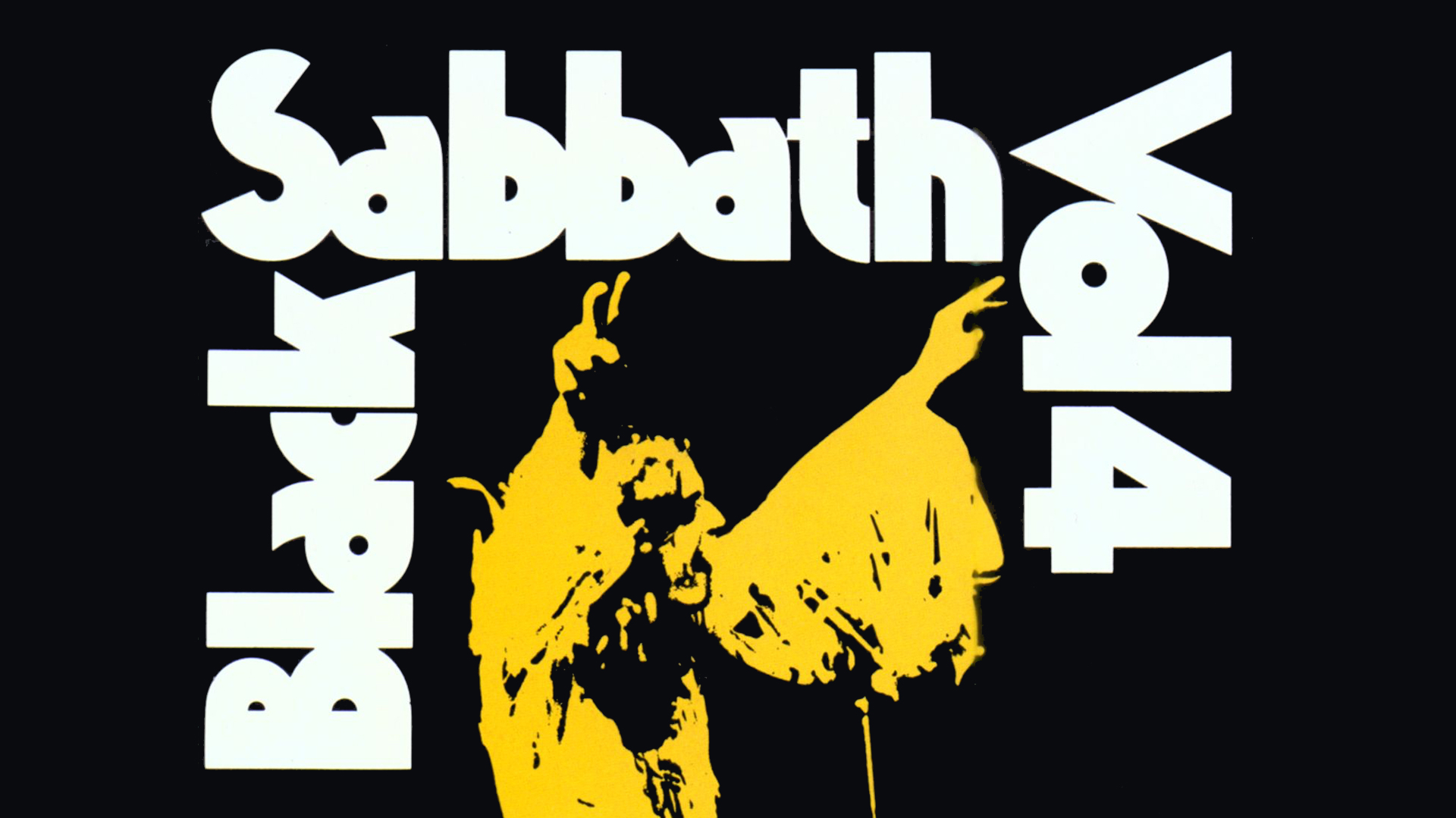 Heavy metal and experimentation have always made for odd bedfellows. Part of what endears the genre to its disciples is the way it doesn’t conform to the mainstream. Yet while some fans like bands going out on a limb musically, others prefer them to stick to their classic sound because that’s what they fell in love with. But pushing the envelope has often led to classic recordings that stand the test of time.

Case in point: Black Sabbath’s Vol. 4. As AllMusic’s Steve Huey noted: “Die-hard fans sick of the standards come here next, and some end up counting this as their favorite Sabbath record for its eccentricities and for its embodiment of the band’s excesses.” Sabbath’s first self-produced effort, Vol. 4 definitely possessed the dark, doomy elements that made them so popular on their first three releases – Black Sabbath, Paranoid, and Master of Reality – but this one expanded their aural palette in many ways. It also showed an increasing appetite for illicit substances. 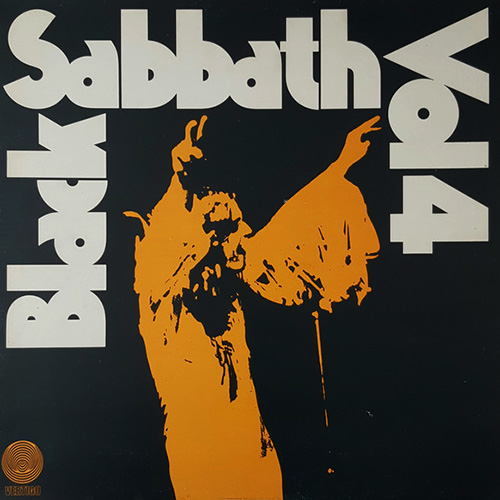 While they penned their ode to “Sweet Leaf” on their third album, the members of Sabbath were “Snowblind” on this effort with their songwriting and playing being propelled by line after line of white gold. According to recent figures offered by the band, Vol. 4 cost $60,000 to make. But they allegedly spent $75,000 on mountains of coke. Butler says half of the album budget went to drugs, so based on that statement, the album cost $105,000 to make. Naturally, that public revelation did not come about until many, many years later, long after large shipments were being smuggled into their house and studio.

Rock n’ roll excess aside, the real reason why Vol. 4 stands out as one of Sabbath’s best releases is that they were able to expand upon their Gothic-inflected sound that would prove to be influential on future generations of metalheads. They certainly laid the groundwork for the stoner, doom, and sludge bands that emerged in the 1980s and beyond.

The first three Sabbath albums had been recorded in London with Rodger Bain, but the producer and the group (vocalist Ozzy Osbourne, guitarist Tony Iommi, bassist/chief lyricist Geezer Butler, and drummer Bill Ward) were not connecting on the direction of this fourth effort. Thus, the band and their manager, Patrick Meehan, decided to tackle the studio duties themselves. They flew to Los Angeles and rented out the 1930s style mansion of then-owner Josh Du Pont (then-heir to the DuPont family fortune and later the only Fortune 400 executive to ever be convicted of murder). The house was located at 773 Stradella Rd. in Bel-Air, which was certainly a posh locale for the working-class British group from blue-collar Birmingham. They rehearsed there and recorded at the Record Plant in Hollywood during May 1972. The album was released in late September.

The extra sun and vibrant surroundings of Southern California did not reduce the heaviness of Sabbath’s playing, but they broadened their horizons. The sad, piano, and mellotron-laden ballad “Changes” was something unexpected and more acoustic in nature, with Osborne’s sincere vocal performance emoting simple lyrics inspired by Ward’s impending divorce. “Supernaut” had a break driven by Cuban-style rhythms. The bucolic instrumental “Laguna Sunrise,” reportedly inspired by Iommi tripping on acid at Laguna Beach, laid a bed of angelic synth strings over tranquil acoustic guitars, recalling the acoustic splendor of “Orchid” from Master Of Reality. “Tomorrow’s Dream” had a catchy chorus that only got played once. The experimental instrumental “FX” came about because of noodling around on guitar which led to a short, reverb-drenched sound collage.

“One day I took my guitar off and put it on the stand, and as I put it down it went, BOING!” Iommi recalled to Classic Rock in 2019. “And I can’t think for the life of me why we ended up taking our clothes off, but that’s how we recorded ‘FX,’ prancing around, naked, banging the guitar. We were stoned, of course.”

And then there was an obligatory ode to their secret ingredient called “Snowblind” about the euphoric nightmare of their drug use which featured a string section. That song title was proposed for the album as well, but their American label, Warner Bros.. did not appreciate the connotation that would go out to the masses. So the more basic Vol. 4 was decided upon.

Despite their deadly addiction, Sabbath’s music didn’t fall by the wayside. Some could argue that the album’s inconsistent musical cohesion was the result of their bingeing, but it is that unexpected diversity that remains lauded by fans and critics nearly 50 years later.

“The first three albums could’ve all been from the same batch really, but [Vol. 4] was when we started introducing different things,” Iommi wrote in his 2011 memoir, Iron Man: My Journey through Heaven and Hell with Black Sabbath. “I’d found a piano in the ballroom up at the house and I used to play that thing when I’d had a million lines of coke. I’d never played the piano before and I started learning it right there and then, within a couple of weeks. Mind you, I was up all bloody night every night with a line of coke, play for a bit, another line of coke, play, so I was probably up for the equivalent of six weeks.”

While hearing piano, strings, and mellotron on a Sabbath platter might have felt out of place for many loyal fans, the ‘70s were a time of experimentation for a lot of heavy rock outfits. Considering Sabbath were ground zero at the birth of heavy metal in Birmingham, England, there were no rules yet for the burgeoning genre. Indeed, they were writing many of them. By the ‘80s, a lot of traditional metal bands would shun piano and keyboards in favor of guitar-heavy sounds.

The openness and experimentation of Vol. 4 opened the door for more eclectic instrumentation on their next album, Sabbath Bloody Sabbath. That opus included harpsichord, flute, bagpipes, bongos, timpani, handclaps, strings, and the keyboard work of Rick Wakeman on “Sabbra Cadabra.” The thunderous quartet even enlisted the English Chamber Choir for the lofty instrumental “Supertzar” on their sixth album, Sabotage.

Sabbath’s excesses did catch up to them on Vol. 4, and the group started to overcome their addictions after their behavior generated repercussions. During the making of the album, they played a plank on drummer Bill Ward in which his body was spray-painted with gold paint that was supposed to be poisonous. Osbourne had frequent blackouts from partying where he completely lost track of time. While they were on tour that year, someone spiked Butler’s drink with acid, prompting a spontaneous hotel suicide attempt. “Tony and Bill had to hold me down on the bed,” Butler told The Guardian in 2013. “I started going off drugs after that.” Iommi reportedly collapsed during their Hollywood Bowl show in mid-September 1972 after ingesting too much coke. That incident forced the cancellation of their remaining North American shows and prompted two or three months’ time off for the band. That break was something they desperately needed anyway after five straight years of touring and making albums.

In spite of the drug issues, Vol. 4 became a rich musical tapestry of heavy and mellow sounds, dark and light moments that showcased Sabbath’s different musical facets. The album pushed the boundaries of heavy metal and easily disproved the stereotype that the genre was a monolithic wall of sound that simply served to make your eardrums burst. If any naysayers argue the point, just make them listen to Vol. 4. That should shut them up. And perhaps make them smile too.

Published in partnership with Rhino and BMG.