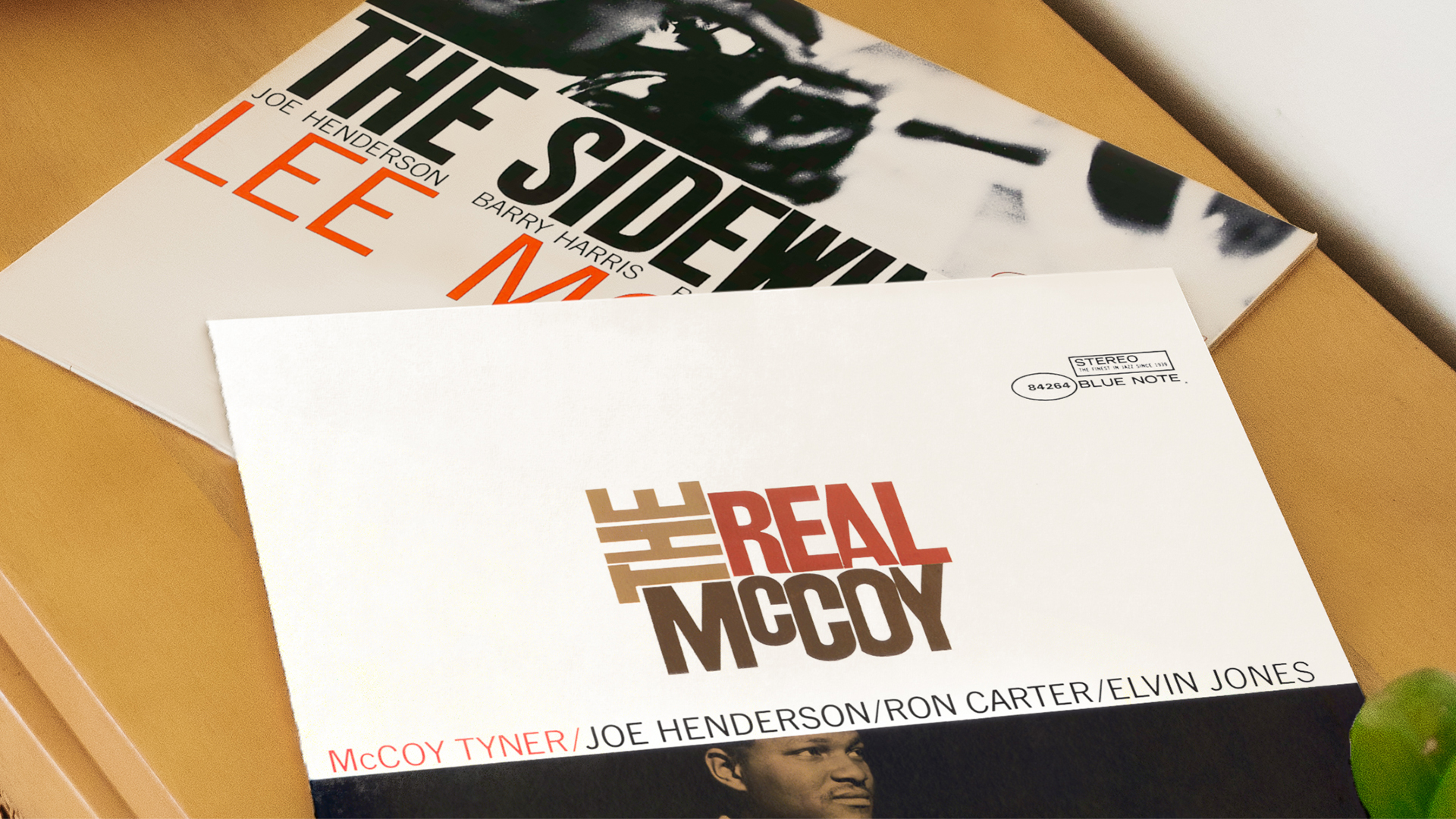 Decades before the dark glasses and the wide-brimmed hat and the shock of black hair; before he produced Van Morrison, Ringo Starr, and the Rolling Stones; Don Was was a 19-year-old music obsessive with no clear prospects.

“I dropped out of music school, but the only gig I could get was playing bass with a band that did Carpenters covers at a bowling alley in Ypsilanti, Michigan,” Was — then Fagenson — recalls to Discogs about his life situation in 1970. “I had this crazy girlfriend. I was eligible for the draft. It was a rough time, and it was a little more than I could handle.”

Many nights, he’d shut himself in his room and drop the needle on Side 2 of saxophonist Wayne Shorter’s brooding 1966 album Speak No Evil. “I bought it when it was new, and it saved my life in a very rough period I was going through,” he says, citing it as his favorite record of all time.

Was related to Speak No Evil’s drummer, Elvin Jones, for his vigor (“I’m rambunctious! I’m 19! I can dig his energy!”) and pianist, Herbie Hancock, for his harmonic intelligence (“Man, I’m a smart guy. I’m like Herbie!”). As for the bandleader, “I used to imagine that Wayne and I were walking down the street in Ann Arbor,” Was says. “He’d show me obstacles to avoid: ‘Just walk around there! Don’t look at that guy!’ It just soothed my soul, man. By the time I got to the end, I had remembered what I had set out to do, I had remembered who I was, and I felt realigned.”

Today, Was still listens to the album in his car after rough days at the office — as the president of Blue Note Records, who released Speak No Evil.

Since 2012, Was has been the steward of arguably the world’s most artistically significant jazz canon. As such, he’s responsible for bringing their catalog to the marketplace in affordable, high-quality formats. That’s what Blue Note tried to do in 2014 when they revealed their 75th Anniversary Vinyl Reissue Series. However, plating and pressing issues marred the audio quality. Luckily, Was fixed that for 2019’s Blue Note 80 Vinyl Reissue Series and its offshoot, 2020’s Classic Vinyl Reissue Series. The former focuses on deep cuts with monthly themes like Blue Note Debuts, Blue Grooves, and Drummer Leaders; the latter zooms in on desert-island discs like Speak No Evil, Hank Mobley’s Soul Station, and Cannonball Adderley’s Somethin’ Else. As with the 75th Anniversary Series, both aim to get fantastic-sounding Blue Note vinyl to listeners who may not be able to spend $40, $50, or more on a record.

Why is there such a gulf in sound quality between the 75th Anniversary Series and the two current series? The answer is primarily threefold: Was enlisted revered mastering engineer Kevin Gray; sourced directly from analog rather than digital; and pressed the records at Optimal Media, a German vinyl plant that, by all accounts, boasts consistent and meticulous output.

None of this would have happened if Was dithered, complained, or dug in his heels when he learned the 75th Anniversary Series was a bad batch. Setting aside the potential embarrassment of messing up his favorite album, he identified the problems and addressed them. That speaks to Was’s character, as Joe Harley, who runs the Tone Poet Audiophile Reissue Series for Blue Note, explains to Discogs.

“Did they start with the idea of ‘Let’s have something that’s not as high-quality as it should be’? No, absolutely not,” Harley clarifies. “They started with the idea of doing the best that could be done and learned over time that there were some issues. Rather than taking an approach of ‘Tough! That’s what we did, and we’re right!’ he was like, ‘I want to find out what’s going on here, and I want to fix it.’ That’s one of the many reasons [Was is] so amazing.”

Through his mastering and vinyl-cutting studio Cohearent Audio, Gray works with Harley on the Tone Poet series. The pair’s approach, part of which involves restoring the bass frequencies that engineer Rudy Van Gelder scooped out to accommodate cheap turntables, significantly influenced Was. “There’s something about his signal chain that’s just magnificent,” Was says of Gray. “There’s something about his understanding of what Rudy did that’s unique in the world.”

“Don would get the releases that Ron Rambach and I would do on Music Matters — which were all done the same way as the Tone Poets, the process is identical — and he would bring those home and play some of the same titles from the 75th,” Harley says. “He told me one time that it was depressing because it was like, ‘What are you guys doing? You cracked the code!’ Those were his exact words. ‘You cracked the code.’” 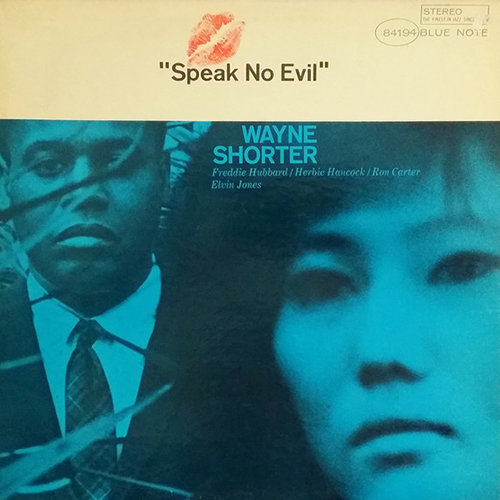 “Kevin has more experience with Blue Note master tapes than anybody other than Rudy Van Gelder himself,” Harley says. “He seriously has done hundreds of sessions using Blue Note masters. He knows what the issues are. We look at a date, and we go, “OK, ‘1964, Englewood Cliffs’: we kind of know what we’re going to be facing. Or we might look at ‘1957, Hackensack,’ and we know, ‘OK, there’s going to be a little different set of issues here.’ After you’ve done it so many times, you can get where you need to get pretty quickly.”

Was, who admits inexperience about the ins-and-outs of audiophilia back in 2014, learned a great deal from Tone Poet. “What you do while mixing a record is, basically, architecture,” Was explains. “You use ambiance and reverb and EQ, you move things backward and forward and place them in a stereo pan, and you create a sense of walls. Every mix has depth, and the tendency is always that the back wall moves forward, and you lose some of the records’ dimension. Kevin knows how to keep the back wall where it was. I just think he does a great job.”

For many of the 75s, Blue Note sourced from digital files rather than the original master tapes. “Which, to me, is not a great idea,” Michael Fremer, an audiophile kingpin who runs Analog Planet, tells Discogs. “Even though they had great files — I mean, these were files that were transferred by Bernie Grundman and Alan Yoshida. Both of them are beyond competent — Bernie is a legend — and they have good equipment, starting with a good playback deck.”

While Fremer stresses that “I still don’t think you can take a digital file and make a record that sounds as good as cutting from analog,” the problems with the 75s came less from Blue Note’s end than what happened when they left the nest. “The 75th Anniversary Series came out uneven sonically because the plating was mostly poor, and the pressing was often bad — at best, uneven,” Fremer says.

For Blue Note 80 and the Classic Vinyl Series, the label went with Optimal, a pressing plant in Röbel-Müritz, Germany, for both its reputation and its geographical location. “Optimal’s a great plant. It costs more, but they’re really good,” Was says. And as global distribution goes, “Because they’re made in Europe, it’s a little closer to half the people who are going to buy these.”

“In the Blue Note 80 prep, there was a lot of discussion about who to use,” Harley says. While Record Technology Incorporated (RTI), the Camarillo, California, plant that handles Tone Poet, was a contender, “They can only do as many as they can do, and it’s a chore for them to keep up with the Tone Poet program. This month alone, they’ve pressed more than 50,000 Tone Poets, and that is chugging along. That doesn’t leave a lot of room for Blue Note 80 or the Classic Vinyl Series because they’re pretty much at capacity. We knew we had to go somewhere else. Optimal is in Germany, and Blue Note is a division of Universal Music Group, which obviously is a huge company and the distribution is worldwide.”

So, do Blue Note 80 and the Classic Vinyl Series pass muster? The outspoken, no-bullshit Fremer, who owns a byzantine home stereo system worth more than $600,000 and regularly weathers abuse from the Audiophiles North America Facebook group, will be the judge of Was’s handiwork.

Back in 2014, some of the most vociferous criticism was Fremer’s. That year, he headed to Was’s office at the Capitol Records Building in Los Angeles with a camera strapped to his forehead. “You have to take some Dramamine before you watch it,” Was says, and the vertigo-inducing result resembles less an interview than a police interrogation.

“I took the acetate of Speak No Evil [and] I had my original I bought in 1969,” Was says, continuing that he did a blindfold test between the two copies. “These new pressings fared pretty well,” he continues haltingly before striking a tone of resolve: “I don’t expect it to go smoothly at first. I expect things to come up, and we’re going to react accordingly. I’m determined to keep the price down for people. Not just kids; I don’t care if it’s someone that’s 80 years old. I want them to enjoy it.”

“They had just Larry Young’s Unity, which was one of my favorite records, and I had the Music Matters version, which is spectacular, and their version was just terrible. I was up in the Capitol tower interviewing Don, and I brought one of his and a Music Matters version of the same thing, and we played them,” Fremer remembers of the meeting. Later, “I know he spoke to Joe, and at some point, he asked him, ‘Why do yours sound so great and mine sound so terrible?’ And Joe explained to him what was going on.”

What would the average industry bigwig do in this situation? In all probability, they’d let their ego win out, their yes-men would probably cosign that decision, and the brand would deteriorate as a result. But Was is far from a typical honcho, and the Blue Note team speaks from the heart about their trial-and-error experience.

“I can’t fathom a better boss. He’s the greatest steward of that label,” Harley stresses. “There’s a selfless quality, and I think you can tell by talking to him. He’s that kind of guy. He puts you at ease. People get intimidated when they see the hat and the shades and all that, but he’s the sweetest guy. Just a wonderful cat.”

In a 2014 review of the 75 series, Fremer called Was’s pressing of John Coltrane’s Blue Train “harmonically less colorful, spatially flatter, and certainly drier” than a double-45 version from Chad Kassem’s Analogue Productions. Flash forward to 2020, and the hard-to-please Fremer gives Blue Note 80 a nod of approval.

“The buyers get the full analog experience at an affordable, reasonable price,” Fremer says. “The sound of this reissue is strong and articulate, with balance and clarity from all the instruments,” Stereophile raved about the Blue Note 80 edition of Herbie Hancock’s Takin’ Off. “This reissue is a success for Blue Note in terms of quality at a great price point, and I look forward to the rest of this excellent and affordable series,” Analog Planet concluded about their fresh pressing of Dexter Gordon’s Doin’ Allright.

Perhaps most importantly, the album that shepherded Was through hard times is pristine, affordable, and accessible thanks to him. In 1970, he envisaged himself and Shorter weaving around deterrents and resisting bad influences. In 2020, with the saxophonist’s masterpiece in his guardianship, Was’s daydream has come to pass.