While video on vinyl sounds like it could be the latest hipster bandwagon-hopping trend, it’s an oddity that predates craft beer, tumeric latte bowls, and white people doing yoga.

Looking through the Filmogs database, you’ll see classic and cult films on all the standard formats – DVD, Blu-ray, VHS, some Laserdisc, even a grand total of one Betamax. I know, I know: how boring, the easy playback, convenient storage, unlimited viewing that these formats provide. Well boy, have I got a format for you: introducing CED.

CED (Capacitance Electronic Disc), or VideoDisc, is basically video on vinyl. The tale of this lost technology is a fascinating one. The not-quite-rise and fall of RCA‘s passion project (turned obsession) spanned just a few years in the early ’80s, but its production was 17 years in the making. While it came out around the same time as VHS and LaserDisc, it was more complex and costly to produce, degrades a lot faster, and playback was less convenient compared to VHS and other comparable formats from the same era. What could possibly have gone wrong? 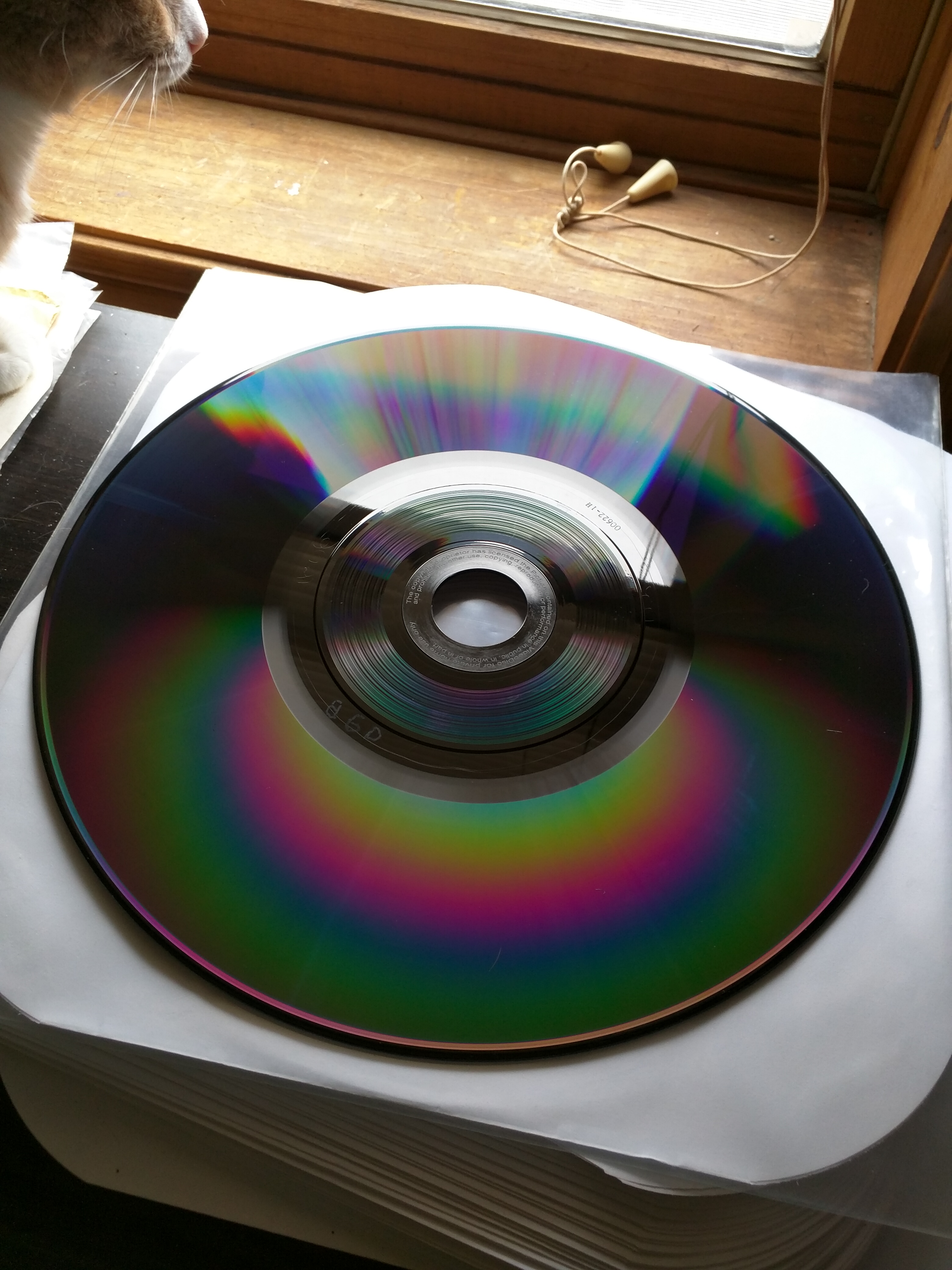 While the idea to put video on vinyl was first floated in 1950, it wasn’t until 1964 that a small team of engineers at RCA made the first attempts at bringing it to life. Two engineers were responsible for the bulk of the work on the early prototypes, working full-time on the project through ot the end of the 1960s. Due to limited available research and resources, progress was slow.

The first breakthrough came in 1970, when the lab was able to create a disc that held black-and-white still images. By 1972 they had managed to record a 10 minute color video onto the disc. The following year RCA produced a prototype Videodisc player that could read and skip ahead on their 10-minute discs, which went into limited production. Impressive, no doubt, but considering laser-read playback technology for CD and laserdisc was already in development, it seemed an ill-fated endeavor. However, RCA forged ahead, their faith in the Videodisc player unrattled.

At this point, CEDs were a layered disc, with a thin layer of metal coating a vinyl disc, and covered in a silicone lubricant to help guide and protect the very delicate stylus and disc grooves. A sliver of metal in the stylus created a circuit with the disc. The intention was for CEDs to be sold much like vinyl records – in a paper or cardboard sleeve – but the grooves of CEDs were so fine, even very small amounts of dust created interference with playback, causing the disc to skip. Another consequence of these very narrow grooves (about 4000 grooves per inch, whereas a standard audio vinyl record is generally about 200-400 grooves per inch), the discs were also very fragile. The discs were housed a plastic casing, making them more durable and resistant to dust, resulting in a look less like a vinyl record and more like an eight-track cassette.

In 1978, Fortune Magazine published an article calling out RCA chairman, Edgar Griffiths for being afraid to take risks in his running of RCA. In a counter-move, Griffiths announced that home CED players would be available within the next two years. CEDs were still in the planning phase, but RCA made it their primary focus, determined to get players on the market and playback time up to one hour on each side of the disc.

In 1981 RCA launched the SFT100W VideoDisc player – just as the VHS was well on its way to becoming standard video technology in most homes. 50 film titles were released on CED to coincide with the introduction of the first players. While many collectors and CED enthusiasts claim video quality was possibly better than VHS at the time, VHS offered a longer running time, smaller package, and seamless playback (you had to flip CEDs flipping halfway through, like a vinyl record). Besides that, discs deteriorated pretty quickly – RCA estimated you could get about 500 plays out of each disc, but the quality dropped with each play. 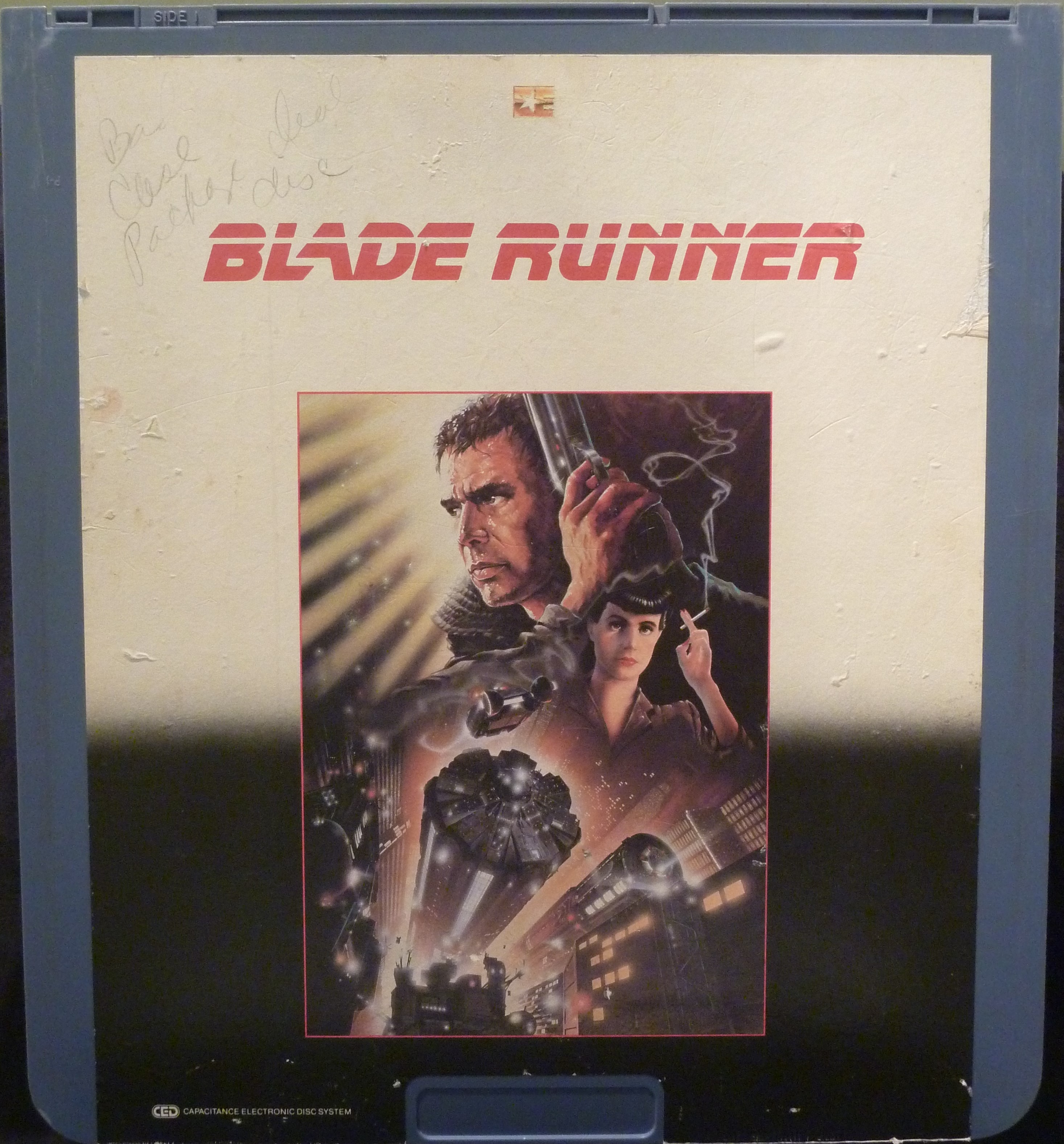 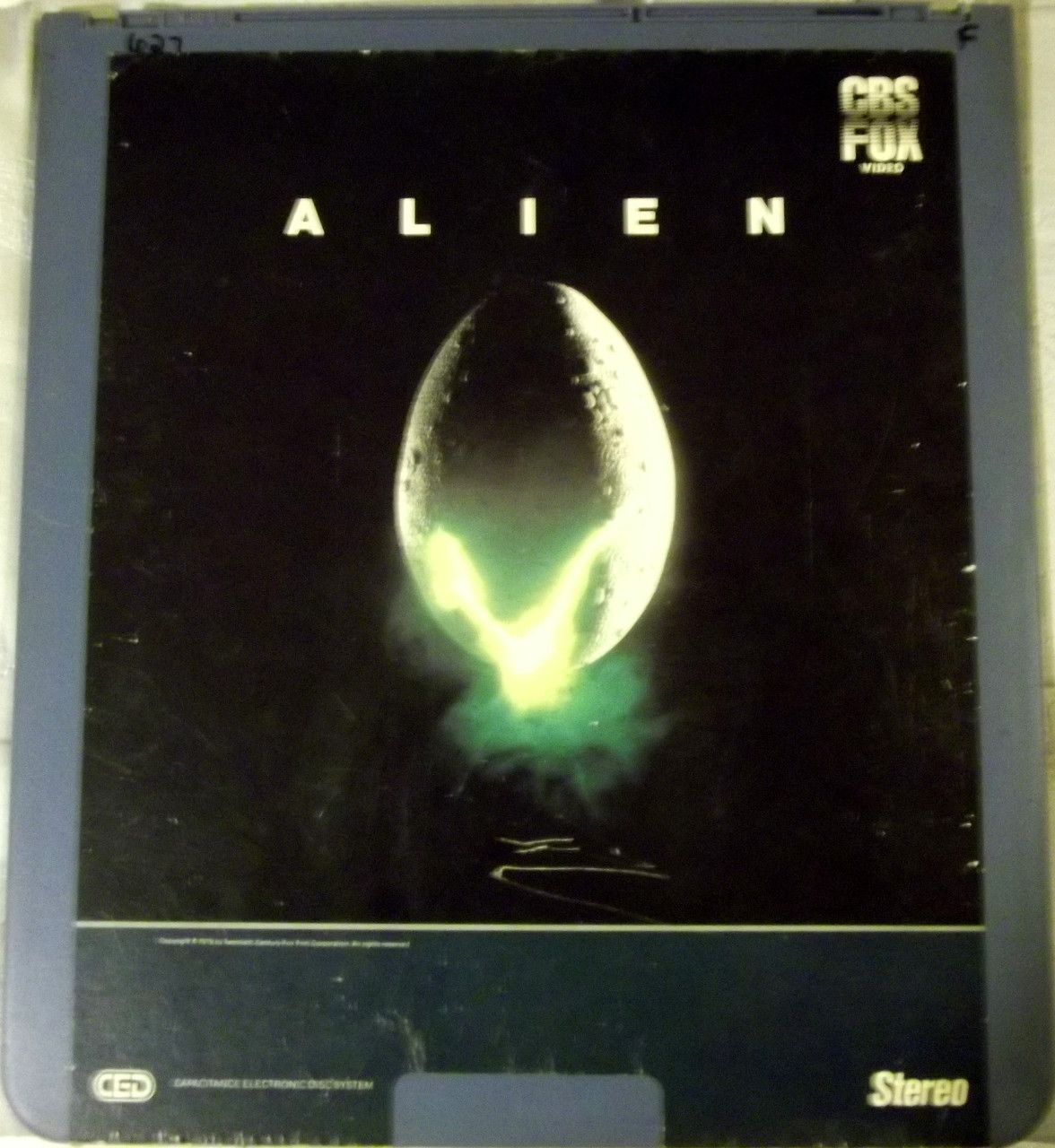 Unsurprisingly, sales were less than impressive. RCA only shifted about 100,000 units in its first year, half what they’d projected. Despite this, RCA continued producing and selling the machines, with Toshiba and Hitachi also getting in on the action. Even big box office hits like Star Wars and Jaws on CED failed to persuade consumers to drop the needle or their cash on vinyl on video.

RCA’s quest to popularise video on vinyl came to an end in 1984, having sold fewer than 500,000 CED machines. It was a figure crushingly short of the company’s predictions that half of American homes would own one in 10 years. Those who had invested in the machine were reassured that although the machines would be discontinued, the company would continue making discs for the next three years, though they only did so for 2. While 45 CED models were released, 1,700 film titles made it to market before the format’s demise. The final titles to be released on CED were The Jewel Of The Nile and a commemorative short film for RCA employees who had worked on the CED project.

These days, CED players are pretty hard to come by – especially ones in working order – but the discs can still be found relatively easily. By my count, there are 6 CEDs in the Filmogs database. If you have some, we’d love to see more added!

Help us save formats like CED. Contribute to the biggest community-built archive of physical releases: add your film collection to Filmogs!