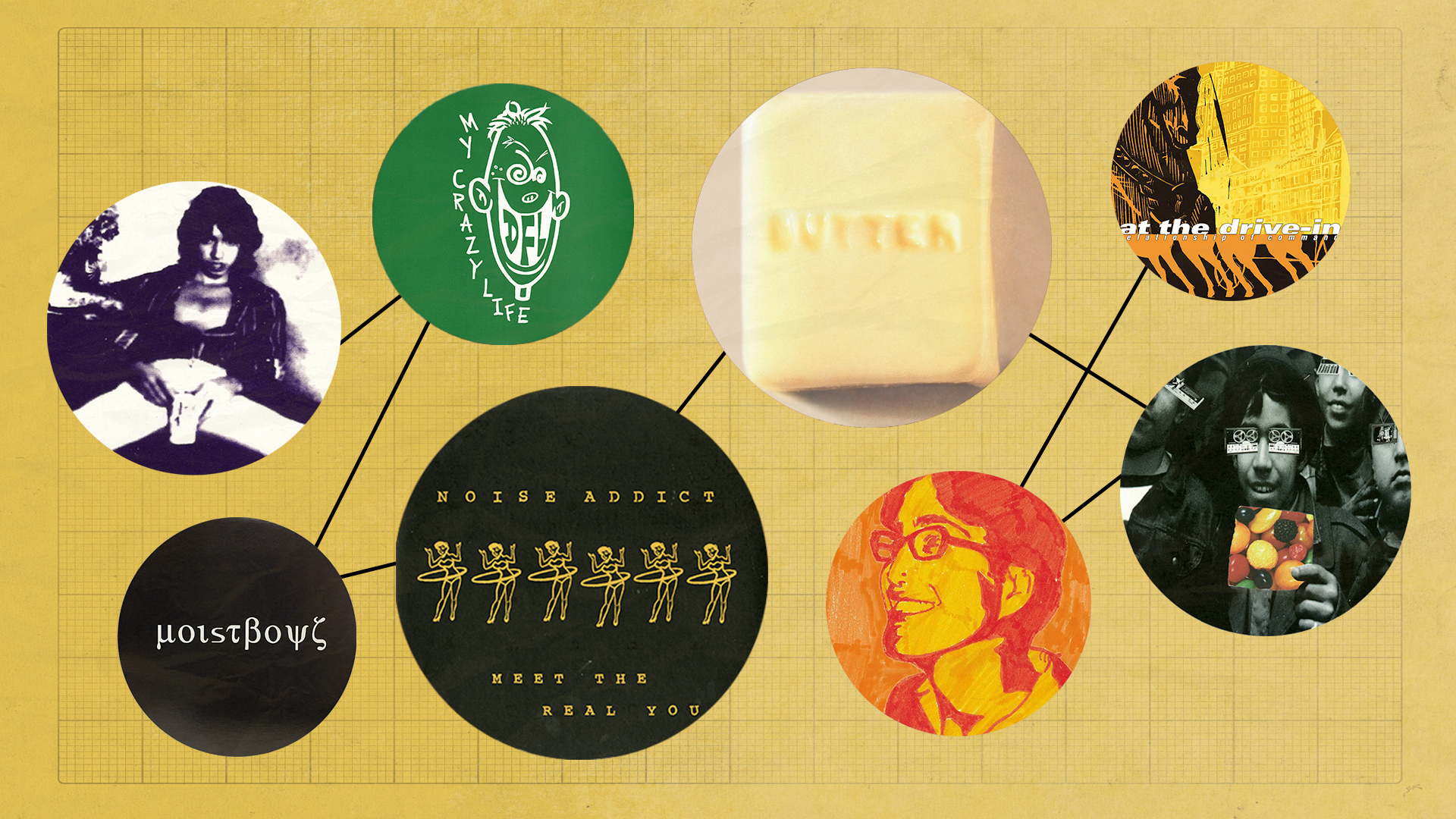 With all this talk of Beastie Boys in the context of the Spike Jonze-directed 2020 documentary, Beastie Boys Story, there isn’t a better time to revisit one of the most underrated facets of the band’s legacy.

Launching with their seminal third album, Check Your Head, Grand Royal would become a full-fledged boutique label by late 1992. The Beastie Boys promised to listen to each and every unsolicited demo tape sent to the Grand Royal post office box. In an approach similar to The Beatles’ Apple Records or Groovy Records, the imprint run by Pete Shelley of The Buzzcocks in the early 1980s, Grand Royal served as a creative playground for not only Mike D, Ad-Rock, and MCA, but their circle of pals as well.

In the process, the trio helped to create a revolution within the revolution during the alternative 1990s, pushing the boundaries of rock, hip-hop, hardcore, funk, and electronic beat music in bold new directions under the casual guise of dicking around.

Grand Royal as a label only lasted until 2001 when the business went bankrupt and met its ultimate demise in 2004 on the auction block on the site Bid4Assets.com.

“Our intentions were always simply to create a home for exciting music and the people who were passionate about it,” Mike D, who did most of the A&R for the label, told Billboard in 2001. “It really sucks that we can’t continue to do that.”

However, the unglamorous demise of Grand Royal should not overshadow the incredible discography amassed during the label’s eight-year run, offering a snapshot of how the Beasties kept the currents of innovation alive in the wake of Kurt Cobain’s death. Well, at least in their own way.

The best part about revisiting the Grand Royal catalog, be it as a longtime fan or as a total noob discovering it for the very first time, is that the majority of these titles are still affordable and in circulation on the used market, both on vinyl and the still-relevant CD.

Here are 10 Grand Royal classics worth seeking out and why they deserve your investment. 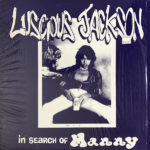 The Beasties launched Grand Royal as a label beyond their own vanities when they released this gorgeous graffiti wall of an EP by their sister act, Luscious Jackson. Featuring former Beastie Boys drummer Kate Schellenbach, In Search of Manny was not as streamlined as the band’s full-lengths that followed, but it instills a gritty swagger that feels like walking down a bustling 4th and Broadway on a hot summer day. Broad City, Princess Nokia, and Ruth Langmore all owe a debt to Manny. 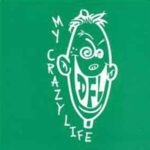 Nothing gave the hardcore community a bigger shot in the arm in the early ’90s than the Beasties returning to their roots on 1992’s Check Your Head with that monster cover of “Time For Livin'” by Sly Stone. At the time, it was only right and natural for Grand Royal to drop the debut LP from Dead Fucking Last (DFL), a group that counted Ad-Rock amongst its ranks at the time. On 1993’s My Crazy Life, DFL leap right into it with 20 minutes of pure pummel, backing up their claim to be “America’s Most Hardcore” — that’s 20 minutes total for the whole album. Plus, the distinctive way by which Adam Horovitz plays guitar across this record really makes My Crazy Life of a piece with the Beasties’ own hardcore material at the time, like 1995’s Aglio E Olio EP.

Moistboyz, Mickey Melchiondo’s scuzz-rock combo with Guy Heller, a fellow son of New Hope, Pennsylvania, has been around for nearly as long as Melchiando’s more famous project, Ween. By the time we got to Moistboyz V in 2013, this one-trick pony of a debut is coughing up his lung behind a tree trying to catch up to the rest of the catalog. However, in 1994, Mickey and Dickie Moist turned in a tight and relentless EP that remains the sole essential in the group’s canon. 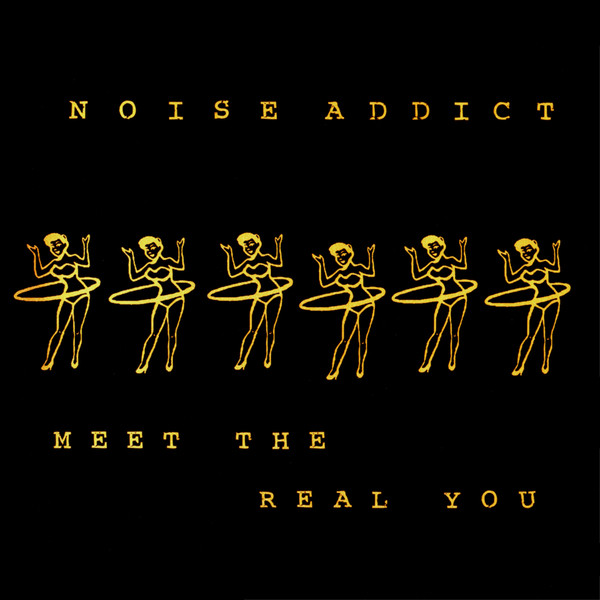 One of the most publicized signings to Grand Royal was Australian pop wunderkind Ben Lee, who was all of 16 when his band, Noise Addict, caught the attention of Mike D via “I Wish I Was Him,” their 1993 paean to Evan Dando. And while their sole full-length, Meet the Real You, was preceded by the June 1995 release of Lee’s solo debut, Grandpaw Would (also on Grand Royal), the group’s scrappy blend of garage punk abandon and Lou Barlow-esque charm helped this record hold it’s own against such power-pop classics of the time as Matthew Sweet’s 100% Fun and Grand Prix by Teenage Fanclub. 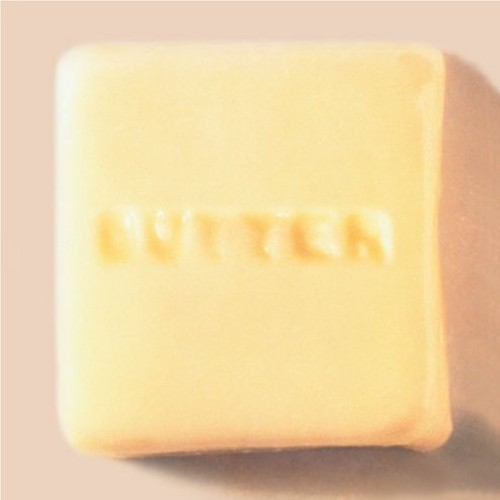 In 1996, the scene surrounding Grand Royal proved to be the height of New York City cool, and Butter08 was The Dirty Mac of that era. The brainchild of Jon Spencer Blues Explosion drummer Russell Simins, the group featured director Mike Mills on guitar, along with Yuka Honda and Miho Hatori of Cibo Matto and Rick Lee of Skeleton Key. Their sole self-titled LP was a hot mess of fuzzed-out dance-funk and broken punk-soul that served as the hidden gem of this particular era of Grand Royal dominance, albeit one a listener could only appreciate if they went whole-hog into the scene that existed around this imprint. 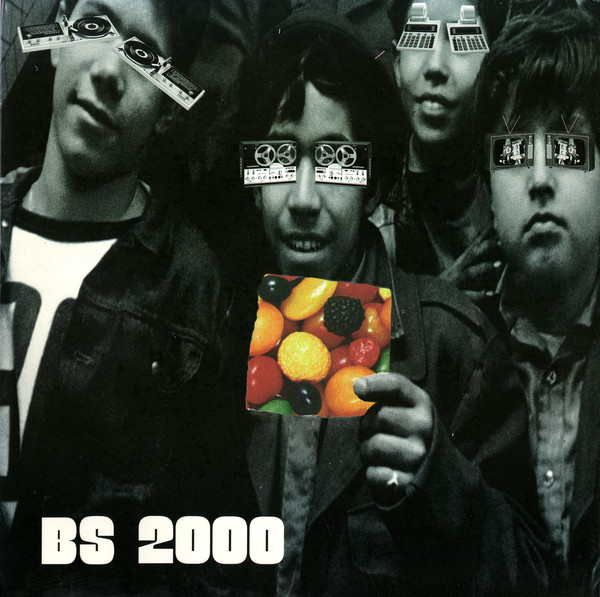 Short for Beat Science 2000, this short-lived project between Ad-Rock and former Suicidal Tendencies drummer Amery “AWOL” Smith dove into an electronica-enriched ’97 with this EP that remains one of the sleeper gems of the Beasties multiverse. AWOL was a member of DFL alongside Horovitz, and the drummer also played on both Beasties’ Ill Communication and Aglio E Olio. On this EP, they slip in and out of phenomenon like vintage Liquid Liquid, whose complete works were once reissued by Grand Royal. It’s a little pricey on the used marketplace, but very well worth the investment. 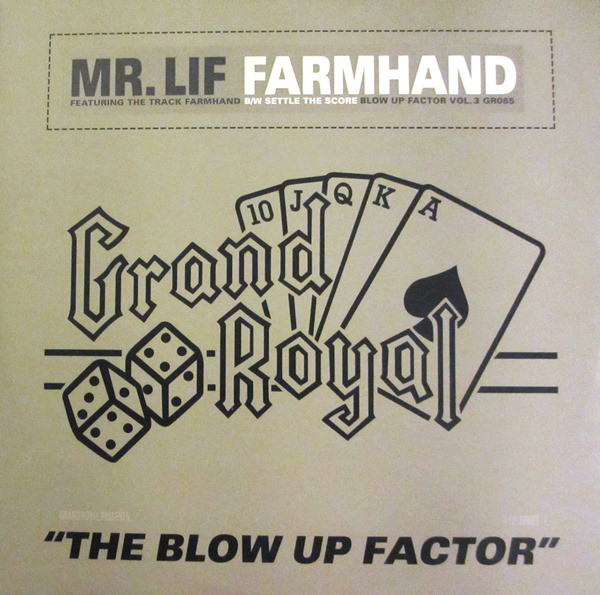 Twenty years before Lil Nas X nicked Nine Inch Nails’ gothic banjo for “Old Town Road,” Mr. Lif turned out a bluegrass lick as a means to exhibit his dazzling wordplay honed from freestyle battles in the Boston underground rap community. “‘Farmhand’ and ‘Settle the Score’ were songs made under considerable pressure as I was racing to meet a deadline to be a part of a vinyl single series called ‘The Blowup Factor,'” Lif writes on his Bandcamp page about the song. “I met [with Grand Royal], and I was excited that they expressed interest in releasing my music. I like working under pressure and this was another great opportunity to get my music in front of more ears.” 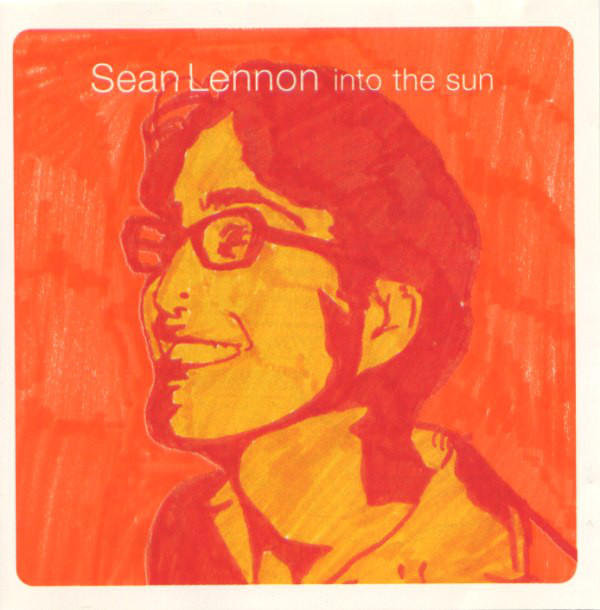 The Beasties played such a key role in helping Sean Lennon emerge from the enormity of his parents’ collective shadow when they signed John and Yoko’s only son in 1998 in the midst of his time as the bassist for Cibo Matto. Produced by his bandmate and ex-girlfriend, Yuka Honda, Into The Sun remains an auspicious debut from Sean as his own artist. With the backing of most of Cibo alongside such downtown Manhattan jazz luminaries as Dave Douglas and John Medeski, it relishes in the freedom of collaboration, much like his dad during those Pussy Cats days with Harry Nilsson. It was the first missive in a long and adventurous career that still continues to surprise and charm at every turn. 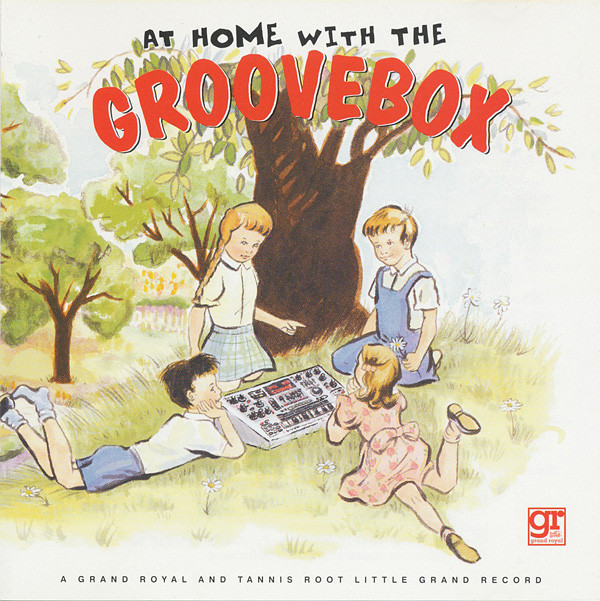 Before GarageBand, there was the Groovebox. And in 1998, the latest transfiguration of the device was Roland MC-505, which combined the forces of a MIDI controller, a music sequencer, and a drum machine; it also contained analog synth amalgamations including the arpeggiator, oscillators, voltage-controlled filter, control of attack, decay, sustain, and release. In 1999, Grand Royal, in conjunction with music merch giants Tannis Root, put together this compilation of the coolest of the cool in modern pop trying their hand at the Groovebox, including Sonic Youth, Pavement, Will Oldham, Beck, Cibo Matto, Air, and early synth pioneers Jean Jacques Perrey and Gershon Kingsley, among others. This album is pretty much like a copy of Grand Royal Magazine in a listening format in the best possible way. 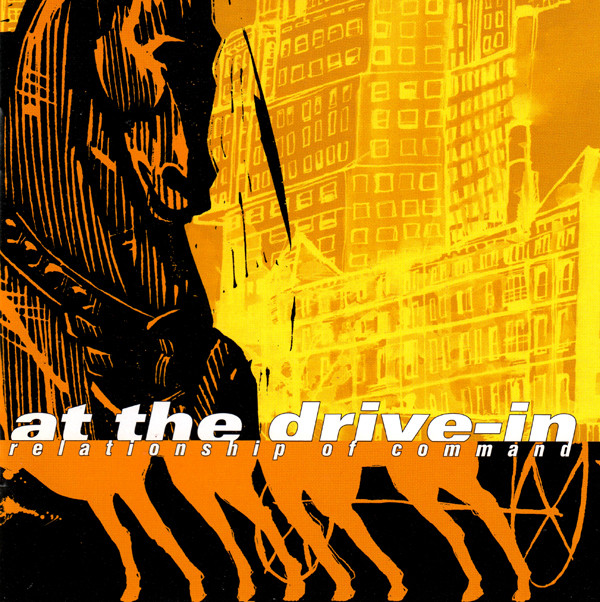 There was not a hotter band in the year 2000 than El Paso’s At the Drive-In, and their signing to Grand Royal for the release of their third LP, Relationship of Command, felt like one of those magic moments of pure music biz kismet, like The Stooges signing to Elektra in 1969. When you listen to Command 20 years later, that urgency in their delivery and precision in their playing bursts out of your speakers with an immediacy that still slams of revolution. No other band was able to bring together the influences of Fugazi and Faith No More with the passion of At the Drive-In in 2000. Unfortunately, they broke up seven months after Relationship of Command came out, the first of several proverbial cannonballs that sent Grand Royal crashing into the sea in 2001. But as the label’s last classic title, this record ensured this creatively rich and unruly stomping grounds the Beasties built for themselves went out with a bang. 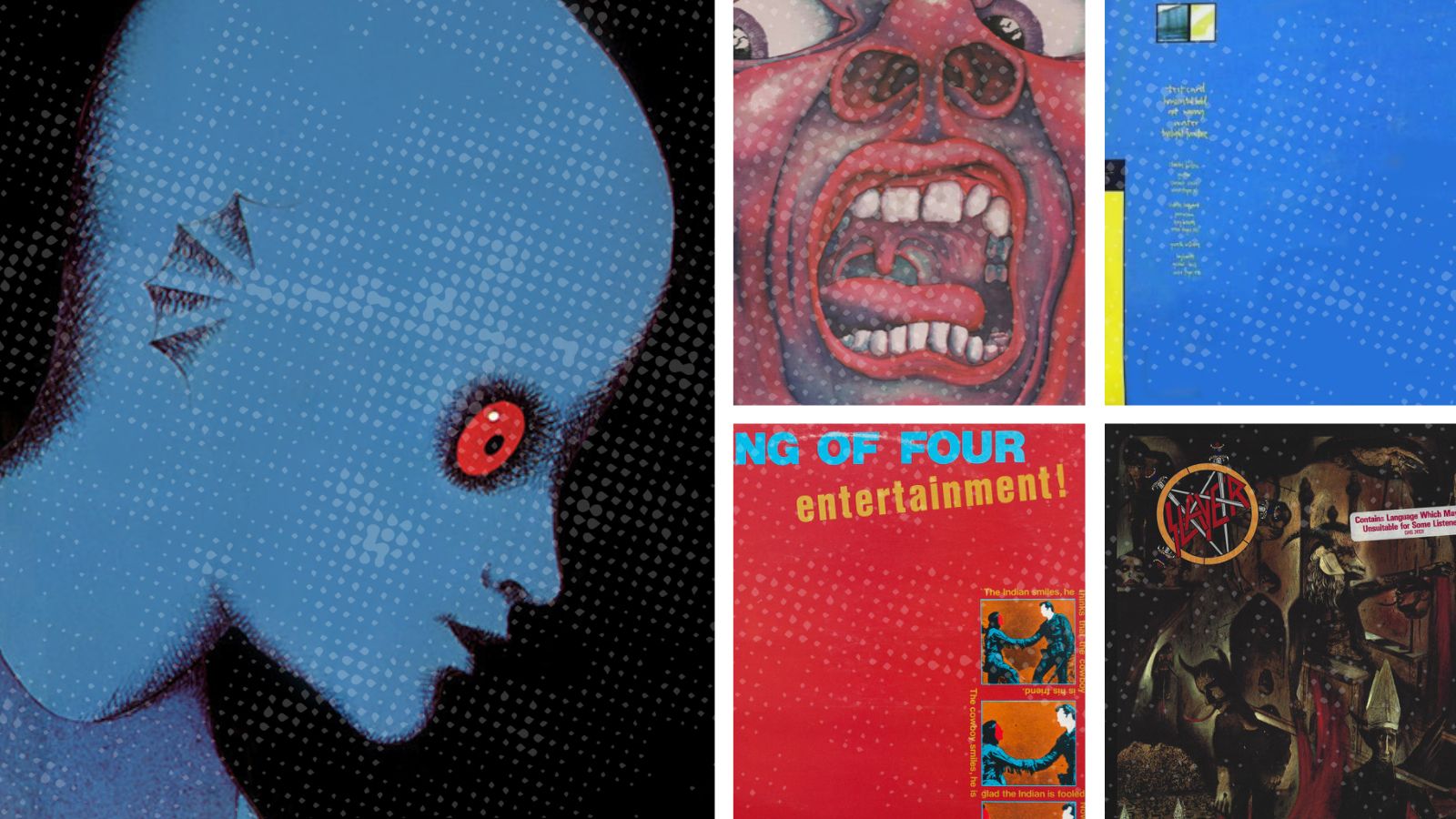