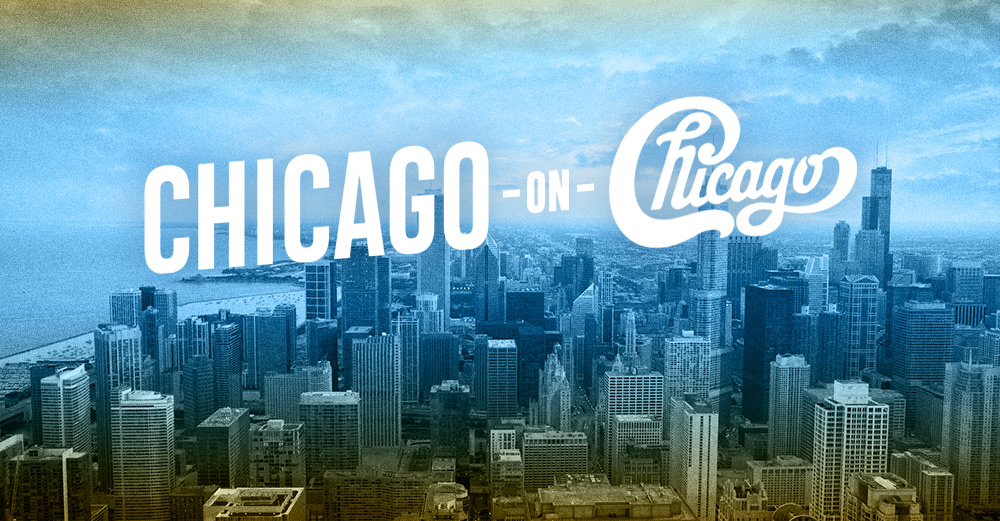 There’s a lot to love about Chicago: Dusty Groove, The Wilco Towers, Electrical Audio, Bill Murray… and Chicago. The band. Yes, the “You’re the meaning in my life, You’re the INSPIIIIIIIRAAAAAAAATION!” band. Aside from the syrup-drenched wedding bangers, Chicago’s earlier works crushed. Emphatically. If you’ve witnessed a badass marching band perform 25 Or 6 to 4… but I digress. Recently, the band released Chicago: VI Decades Live and it afforded us the opportunity to talk to a few Chicagoans about their relationship with Chicago. 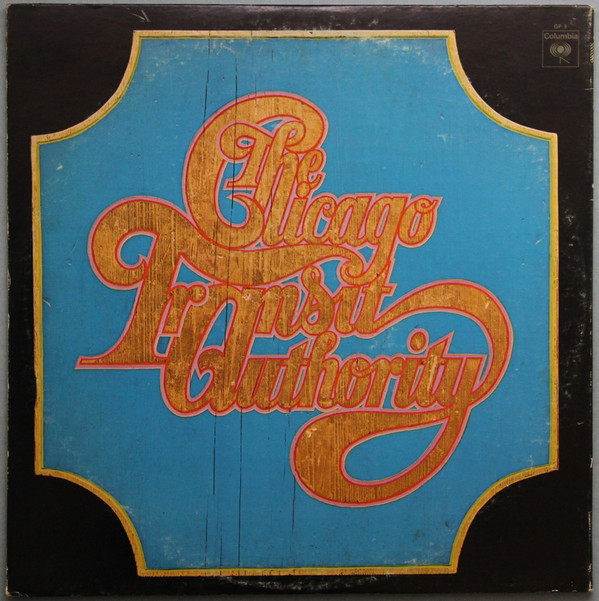 The band Chicago was huge in my High School musical experience. Their producer and mastermind was James William Guercio. He was from my neighborhood. In Edison Park. He was Jimmy Guercio, the resident music industry mogul. The story was that various British rock stars would visit the Guercio house while in town. Chad And Jeremy and The Zombies were rumored to have spent time there. The Guercios moved away and Jimmy surfaced with a new band called Chicago Transit Authority. It was an immediate hit with me and my friends. Their debut became the soundtrack for my high school, Niles Notre Dame. One of the band members, horn player Jimmy Pankow, was an alum and a former star of The Marching Dons! The record was so big that during pep rallies, the kid with the most school spirit, Skip Lawson, would whip the student body into a frenzy by doing the entire trombone solo from Beginnings. With his mouth. By the next album they had become simply Chicago and even though they had relocated to LA, they were still a Chicago band through and through in our eyes and ears. We knew the entire Ballet For A Girl In Buchanon Suite” by heart.

As the albums Chicago III, IV, V, VI, VII, VIII etc. started to pile up, the band’s direction and my tastes changed considerably, but those first two albums will always have a place in my heart. I still have PTSD from walking in on my college roommate and her boyfriend singing You’re the Inspiration to each other in our dorm room. If I had to pick, I guess it would be Make Me Smile. 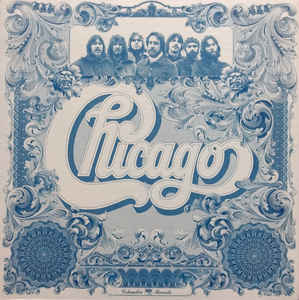 Despite being born nearly two decades after Chicago VI was released, it was among my parent’s record collection that I admired. I remember how much my mother loved Just You N’ Me and Feelin’ Stronger Every Day and knew that I needed to love it too. Fast forward another two decades, and my appreciation for both these singles reach beyond wanting to like everything she liked. I didn’t witness their rise on Billboard’s Hot 100 chart, but I take in the saxophone solos and passionate lyricism and just admire one of the most unique acts that originated from the same city as me. I believe the reason this record was played in my household more than the others was that Chicago VI was the first album to feature a percussionist, and that really stood out to them. Everything I love about music stems from that record collection, and those two singles made an impact on what I take away from listening to music.

Chicago VI was one of the few records we had in the house, so my initial introduction to music was on the disc… brings back a lot of memories. 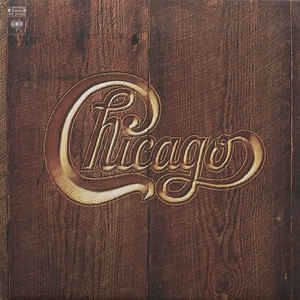 I’ve never really been sure how Chicago V ended up in my life as a kid, but I assume I owe it to my Peter Cetera-loving cousin. Glory Of Love was tearing up the Rick Dees Top 40 and I found this cassette of a band called Chicago in my Grandfather’s pool house. I grew up in the suburbs and thought it was really cool that a band would call themselves that. I didn’t even know if they were from Chicago or were just being funny.

Like most kids at that age, I was listening to whatever my parents would put on the radio. Lots of classic rock and blues, so chances are I had heard Chicago before and just didn’t know it. I definitely hadn’t heard Saturday In The Park before, and it’s stuck with me to this day.

The band gets a lot of flack for being too soft, but in 1972 when this album came out, no one else was doing what they did. The mix of horns and rock and roll really took off because of the popularity of Chicago.

I sometimes find myself humming these weird, funky riffs without knowing where they came from, then later it will hit me, that’s the opening of A Hit By Varese. They had a murderer’s row of talented musicians at the beginning of their career, and that’s why every little piece of music on V is trapped inside my brain forever. 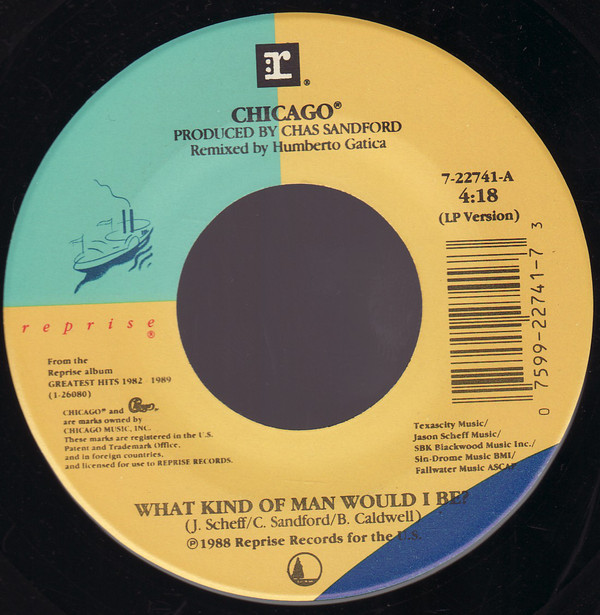 What Kind Of Man Would I Be?

I mean, probably What Kind Of Man Would I Be? If you’re going Chicago, go cheesy or go home. 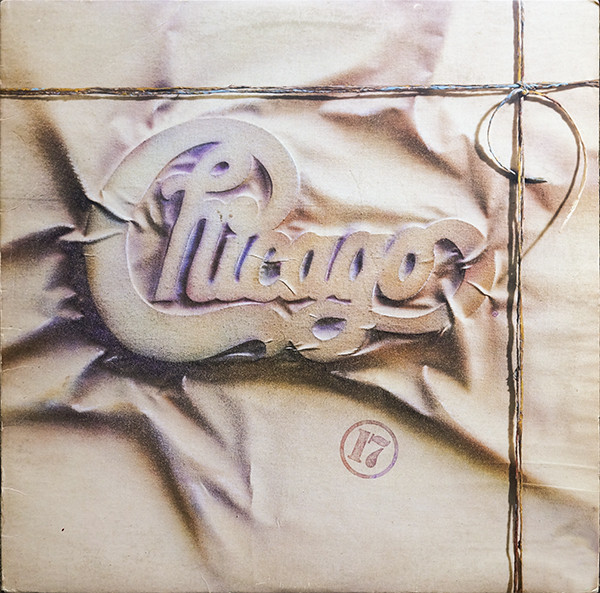 It’s hard to imagine that by 1984, Chicago had reached its 17th album in 15 years. With Chicago 17, this ambitious ensemble from the Northwest Side was rechristened for the MTV era, muting the horn power and R&B influences for synthesizers, pop hooks, hot guitars, and the dominance of Peter Cetera in center front. Producer David Foster aims for the charts and scores – power ballads Hard Habit to Break and You’re the Inspiration are manic in their studio perfection. The string and horn arrangements, big drums, and vocal bobbing between Cetera and Robert Lamm achieve the sonic majesty of Phil Spector a decade earlier. Except nothing on 17 was for teenagers; the album’s ominous undercurrent and lusty romance of songs like Stay the Night forced adult contemporary pop into a new decade and gave it muscle. The sound of this record will be studied for years, not just for the nostalgia but for its glossy classicism. Even Chicago couldn’t quite recover in the years since. After the massive success of this record, Cetera left to pursue a solo career and neither he, nor his former band, reached the same heights again.

Though Chicago was one of the most creative and experimental forces of the late 1960s and early 1970s, the ’80s also proved the group was just as capable of attracting ongoing commercial appeal, particular on Chicago 17. Call them monster ballads, tag them guilty pleasures or try to deny that you like them, but You’re The Inspiration and Hard Habit To Break are expertly crafted, pristinely produced pop songs, while Stay The Night and Along Comes A Woman perfectly capture the essence of their time yet still manage to endure as enjoyable throwbacks today. 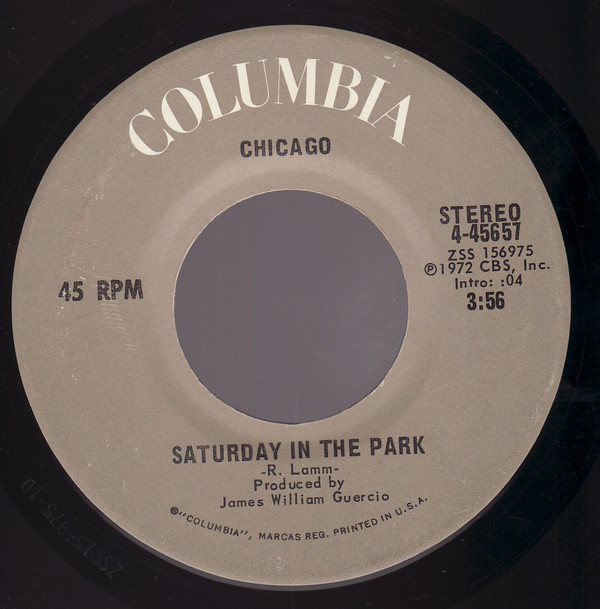 Saturday In The Park

My fave Chicago song has to be Saturday in the Park. Reminds me of being at Wrigley. 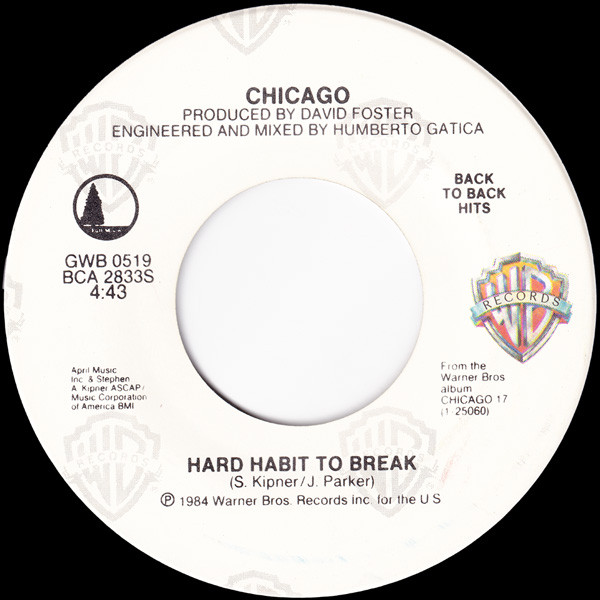 I’m an R&B guy at heart, but Hard Habit to Break from Chicago 17 is one of my all-time favorites. Takes me back to my senior year at Joliet West High. Bill Champlin & Peter Cetera’s vocals, the soaring horn arrangements, and the closing vamp really set it apart. 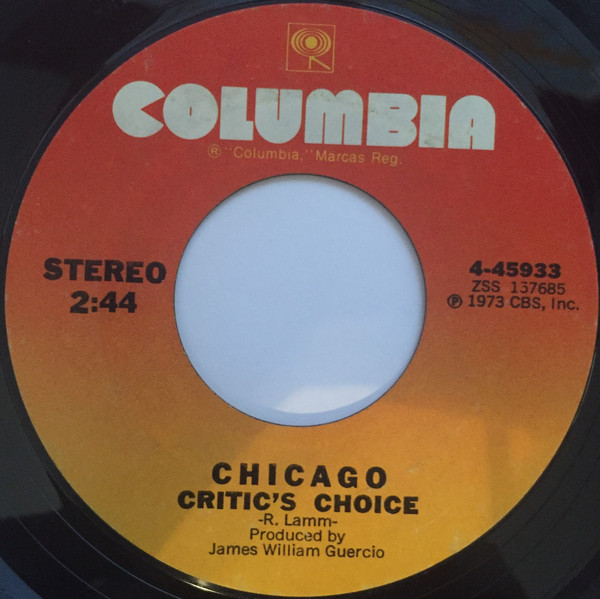 Just You N’ Me

A Chicago song to me is one musical moment away from contributing to an iconic Tarantino scene. Their classic cheesy horns are catchy as hell and are begging for it. Much like how Kubrick used Singing in the Rain in A Clockwork Orange, a song like Just You N’ Me or Saturday in the Park would turn the innocence of these hits upside down and you’d never listen to it the same ever again. To be honest, their sound has always clashed with a city that has never been afraid to get its hands dirty. Adding a twisted visual would either ruin it or make their sound more legendary for generations to come. 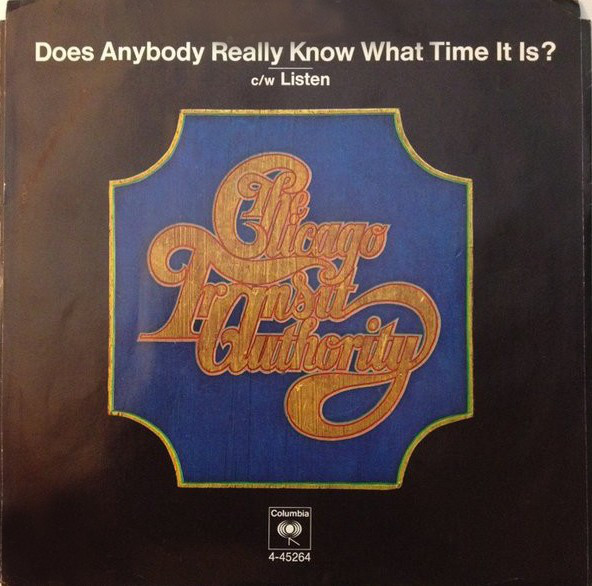 Does Anybody Really Know What Time It Is?

I’d go with Does Anybody Really Know What Time It Is, which really reflects the zeitgeist of the late ’60s. Plus, it has a killer horn section, and the horns, of course, are what made Chicago stand out from the pack back then. (Also, still think the song should have been titled Does ANYONE Really Know What Time It Is … that word combo seems to fit the song’s rhythms better.)

P.S.: I had to play Chicago songs in (marching) band and the arrangements (at least the ones we used) were less than optimal.

P.S.P.S: I work for the Chicago Symphony Orchestra, and Chicago played with the CSO a few years ago. It was definitely a four-star event.

My all-time fave Chicago tune is Does Anybody Really Know What Time It is?“. It’s the perfect mix of jazz melodies and catchy verses.