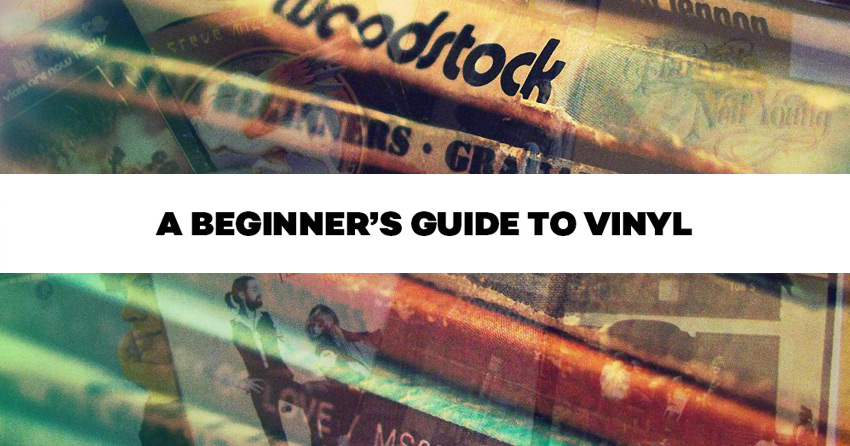 So, you’ve decided you’re into classic rock. It’s a great place to start for any vinyl collection, mostly because classic albums were released on vinyl in huge numbers and are therefore usually pretty cheap grabs. They sound solid as ever, because vinyl is a miracle medium and the ’70s were a golden age of the genre. No doubt you’ve devoured the Led Zeppelin catalog, worked your way through Pink Floyd, had some fun with The Doors, gotten real twisted with Black Sabbath, gone to the rock opera with Queen, and know a thing or two about The Who. Where do you go next?

There are actually many roads down which to roam. Classic rock is an era more than an easily-defined genre. For the purposes of this list, we try to share with you the time-tested must-hears across an array of styles and feelings. You’re sure to find something that raises your eyebrows. Happy hunting! How about a little rhythm and blues with your rock and roll? How about a little jazz and a whole lot of soul? Van Morrison brews a lot of flavor into this iconic collection. He’s one of the all-time great rock romanticists, and Moondance helped start 1970 off right. Its 10 original tracks center around a theme of spiritual rebirth and renewal. Morrison’s voice is earthy and striking. The title track is a real swinger, and Crazy Love might steal your breath away. Really, the whole thing is serenely arresting. Give it a full spin. Even before Carole King released this monster smash sophomore album, the world knew she was a great songwriter. She was the writer on You Make Me Feel (Like A Natural Woman) and Will You Still Love Me Tomorrow?, which were previously released as hits for Aretha Franklin and The Shirelles before they appeared on this four-time Grammy-winning LP. Indeed, it was honored as 1971’s Album of the Year. King had her own first-time hits with singles It’s Too Late and I Feel The Earth Move. Her powerful performance is warm and soulful. She was a strong voice for women around the world, but her seminal work is a must-have for any collection. Rex existed before Electric Warrior, but the glam rock sound it’s best known for was born on this 1971 wonder. Marc Bolan’s folk-forward sound can still be heard in quieter moments, but it’s updated with flamboyant, joyous, amplified noise. Bolan sings with sex in his eyes. There’s something fascinating about his wavy performance on Cosmic Dancer and the subtle strength of Life’s A Gas. Punk rock gets an early start on Rip Off. Of course everyone knows the smash Bang a Gong (Get It On), but you really owe it to yourself to give the full LP a hard listen. You’ll come back, guaranteed. You’d be hard pressed to find a better folk-rocker than Neil Young. There’s something simultaneously calming, heartbreaking, and inspiring about his simple four-four guitar work and sunset-colored vocals. Released in 1972, Harvest was Young’s fourth solo album — though it does feature some vocal work from his sometimes bandmates Crosby, Stills & Nash, as well as Linda Ronstadt, and two appearances by the London Symphony Orchestra. It’s biggest hits Old Man and Heart of Gold are timeless, but the album as a whole is sure to bring a tear to your eye. Slow, hymnal chords open the door for this husky poet to warp your feeble mind. Patti Smith’s grumbling, droning guitar and wild wail burned barriers in 1975. Classic rock and roll structure meets Beat lyricism and punk rock grit. The album is a demonstration of dynamic speed and the striking power of anticipation. The energy is constantly heightened intro freneticism until the listener can’t help but bounce around the room. It’s a sleeper hit that may never have charted, but it inspired the likes of Siouxsie and the Banshees, R.E.M., The Smiths, and more across generations.

The second album to feature the mighty Lindsey Buckingham and Stevie Nicks, Rumours was famously fueled by constant romantic woe and intrigue between and surrounding members of Fleetwood Mac. Highly regarded as one of the best albums set to wax, it’s one of those rare records that will have you shaking your head in wonder at every turn. Each of its songs has become a classic in one way or another. The Chain, Go Your Own Way, You Make Lovin’ Fun and Don’t Stop are some of the biggest smashes — but really, there’s no miss on this list. If you’ve ever heard a Steve Miller Band song, it might be from 1977’s Book of Dreams. This album is a massive hitter. It delivers a steady stream of totally classic ’70s rock attitude. Jams Jet Airliner and Jungle Love are heavy fan favorites. Winter Time is haunting and magnetic, Swingtown is a driving electric force, True Fine Love recalls the best of ’50s rock roots, and it just keeps going. The album births the signature winged horse iconography the Steve Miller Band became known for. Cream’s former guitarist gone solo is often named one of the greatest axe-handlers in history, and 1977’s Slowhand is his best-selling LP. The title is a reference to Eric Clapton’s personal nickname, a moniker he liked for its old Western feel. That’s a vibe you can feel on album opener Cocaine, a song that drips in bluesy textures. The album runs through a few moods. There’s some country-western on hit Lay Down Sally, romanticism on the ballad Wonderful Tonight, piano folk on Next Time You See Her and more. It got a hefty deluxe edition release on its 35th anniversary, but we’re always partial to original releases. You’re gonna swing as soon as the needle touches Steely Dan’s jazz rock beauty. The opening guitar cry of Black Cow is probably something you’ve heard before, and the hits keep coming. Deacon Blues is a heartfelt ode to all the teary-eyed dreamers of the world, and Peg is a timeless bit of funky bounce. It’s lush and expansive, with a credit list that features almost 40 musicians. Released in 1977, it’s a good one to have handy for intimate moments, definitely hitting all the best sides of the soft rock category. Life on the road is a favorite subject of tour-weary bands, but Jackson Browne’s 1977 opus is the sonic grand slam. Each of its 10 never-before-released tracks were recorded live either on stage or backstage, in hotel rooms or on the tour bus. It is the heart and spirit of life on the road, and it captures a raw honesty you just feel in your bones. The loneliness, the excitement, the monotony, and the magic of the lifestyle is on full, thoughtful, beautiful display. It’s a bittersweet record you won’t soon forget, and you’ll certainly be happy to have it in your collection. Who’s in the mood for some jammin’ falsetto, soaring saxophone and big, echoing drums? You could say this iconic 1979 release helped usher in the tropes of the ’80s. Its original 10 tracks are bangers from start to finish. There’s something theatrical about the whole project, and it’s gone on to be Supertramp’s best-selling album. It’s certainly a fun listen with straightforward lyrics that make for some great sing-alongs, especially on hits The Logical Song, Goodbye Stranger and Take The Long Way Home.