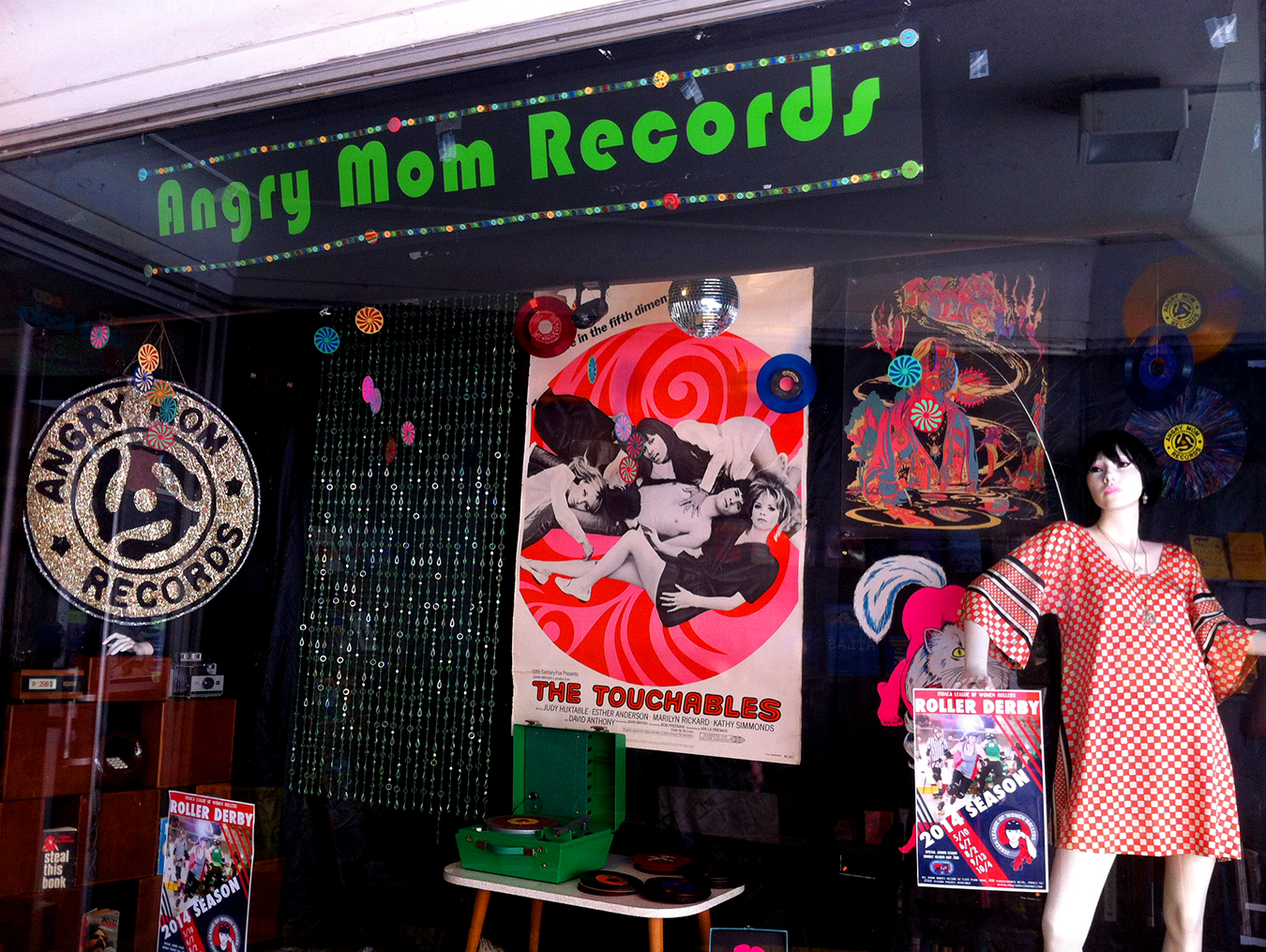 You walk into your local record store and head straight to the unsorted New Arrivals bin. You flip through seemingly endless copies of ‘Bat Out Of Hell‘ and ‘Aja‘ in hopes that someone sold their copy of MC5‘s ‘Kick Out The Jams‘ to help make rent. The guys behind the counter feel your disappointment as you reach the end of the bin empty-handed so they quickly start a conversation about that new Four Tet LP, ‘New Energy‘. You snag it, walk home, drop it on the turntable and immediately say, “Those guys were right, this is what I needed!” That’s the vibe we’ve got going as the staff from Angry Mom Records give us some of their top music recommendations for this installment of Counter Culture! 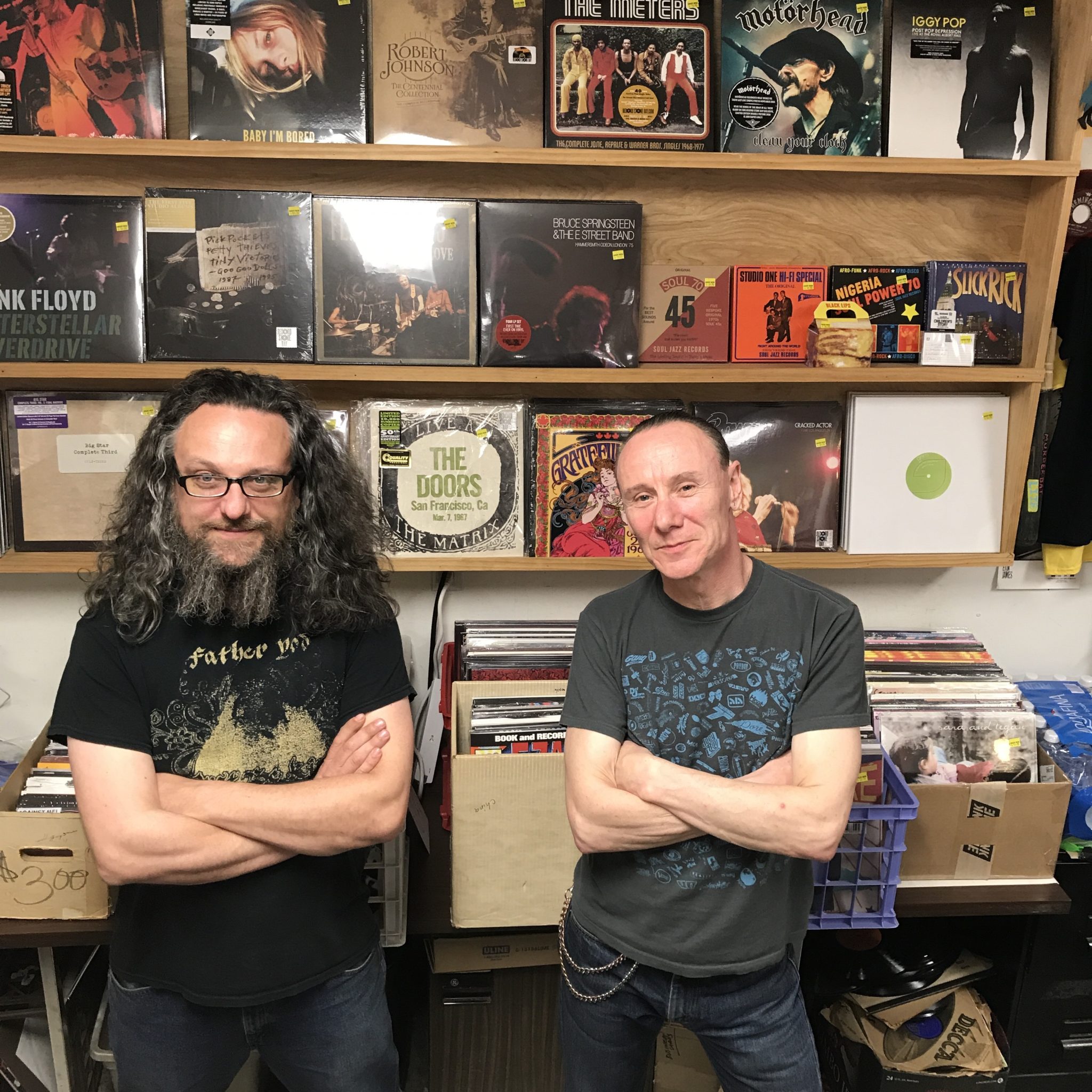 Angry Mom Records is a record store and record label located in the basement of the Autumn Leaves bookstore in downtown Ithaca, NY. Angry Mom carries almost every genre of music you can imagine and are always on the lookout to buy used collections. Since 2009, Angry Mom has established an incredibly loyal clientele attracting buyers from throughout the region with their excellent, ever-changing stock and reasonable prices. Angry Mom regularly updates their Discogs page with new titles every day with nearly 10,000 releases in their inventory. The shop also holds in-stores from bands both local and national, and we regularly co-sponsor events with Ithaca Underground cementing Angry Mom’s support of the Ithaca music community. 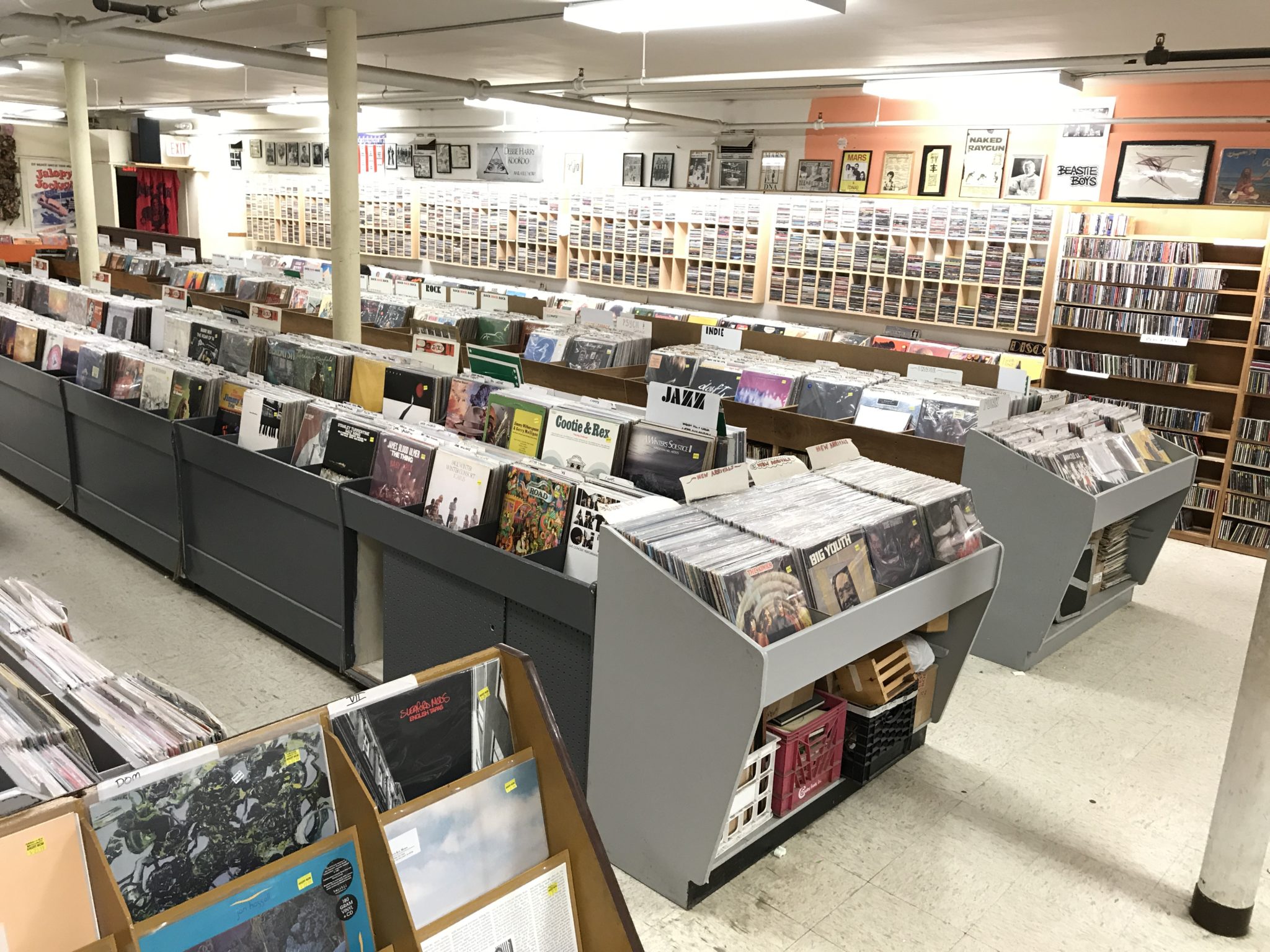 The Angry Mom Archives label has released a variety of projects including a series exploring pre-war ethnic music compiled by Christopher King, featuring art by Robert Crumb. They’ve also put out records by local artists including Big Mean Sound Machine, Johnny Dowd, Why The Wires, Lofts, Elsa & the Awesome Awesomes, Afghanistan and 100% Black! Who else would you trust with giving you great music recommendations? 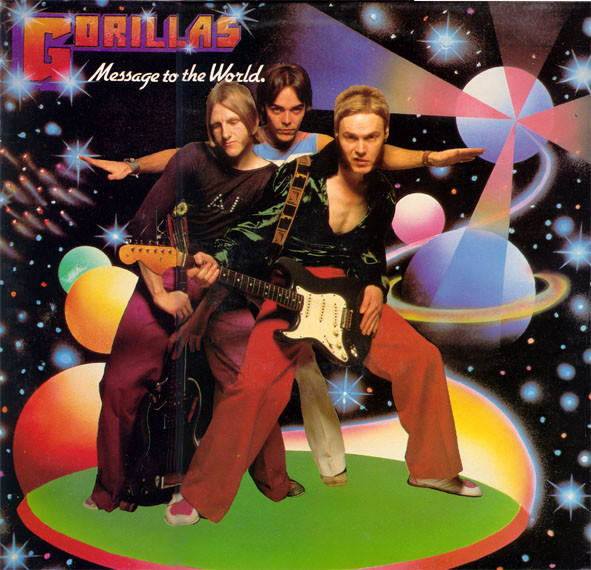 The Gorillas ‎– Message To The World

Jesse Hector can do no wrong, (Crushed Butler, Helter Skelter, Gatecrashers, etc), but nothing beats this 1978 slab of perfection. Can only imagine what the 1978 punks thought of it’s very goofy, very awesome cover art. It appears the LP didn’t sell very well and Raw Records didn’t last too much longer. The funny thing is, it has a universal appeal touching on just about every rock subculture of the late 70s: rockers, mods, teds, punks, skins, glams. If you took the most rocking songs on all The Flamin’ Groovies albums and rubbed them around on the pub floor, you’d be halfway there. Also reissued by Damaged Goods in 2013. 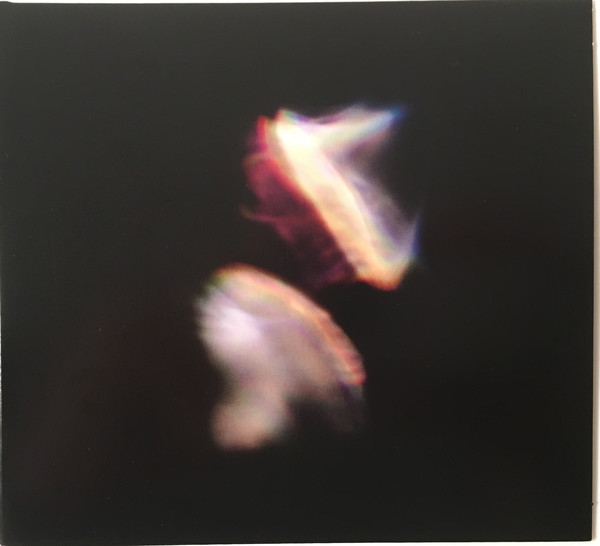 Unique and vital, Emptyset are the duo of James Ginzburg and Paul Purgas, a product of the forward-thinking, underground music scene in Bristol, UK. Borders is their fifth album. Generally labelled as Electronic / Techno, this is doing the duo a distinct disservice as Borders marks the point where art, music and architecture collide in a visceral, elemental, and groundbreaking way. The results are eleven innovative ‘tracks’ in 30 minutes that are raw, heavy, blasting, throbbing, grinding, brooding attacks upon your senses. This truly is the sound of right now: harsh, bass-heavy and very loud! Captivated and invigorated by these alien sounds, it’s almost unbelievable to think that “Borders” was recorded live. This really is an astonishing release! Maximum volume yields maximum results. It’s rare for a band to come into existence and in a matter of several years work their way up into the status of being contemporary legends. Sedem Minut Strachu have become such legends in their genre of Noisecore. The Slovakian trio released their debut LP, “General Fucking” this year and it is an exceptional recording and even a terrific starting point for anyone curious about the style of music. Two sides of perfect, knuckle dragging, blown-out and distorted brutality. Just three dudes blasting and burping out the most violent racket they can. Oh, whats that? You want melody, key changes, even composition in your happy-go-lucky tunes? Well move along you won’t find a drop of it here. That said, this might be the best recording the band has ever had. Jan’s drums pummel you with their power, his hypnotically tight, yet always attention-grabbing blast beats propel Rado and Richards bass and vocal attacks into the danger zone. A record that is simultaneously as fun as it is nasty. 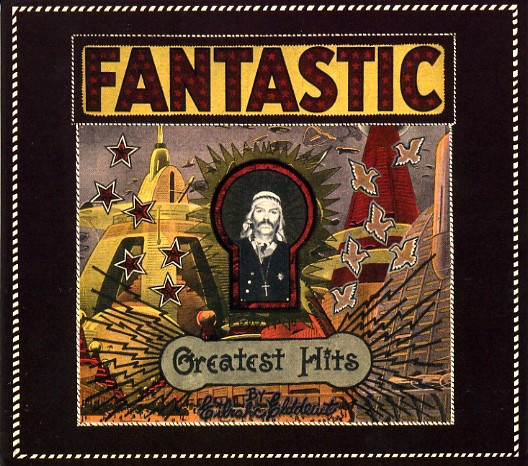 Reissued last year by Soul Jazz (with a different sleeve and sequence), the 2nd LP by Count Ossie and his Mystic Revelation Of Rastafari from 1975 presents another side of roots reggae. The basis of Ossie’s sound is the religion of Rastafarianism and his use of the Nyahbinghi drumming style: the core of this music and the heart of Tales Of Mozambique. Amongst the drums are group vocals, beautiful Hammond organ, flutes, rich basslines, nature sounds and Ossie’s righteous sermons. It’s a mystical and deeply spiritual record that will not only enchant the avid listener of Jamaican music, but will also feel right at home in your avant-garde or spiritual jazz section. 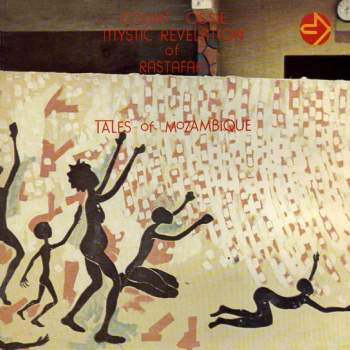 Fantastic Greatest Hits is truly a singularity amongst every conceivable genre. Tweddle’s particular brand of countrified insanity lives so far on the fringes that it topples over the edge into avant absurdity. His songs barely begin, let alone end, so much so that its as if there are no songs on this album, just flashes of rural countrysides and seemingly familiar melodies. Not only that, but his tape-spliced naturalized soundscapes further the odyssey into rural oblivion. Comfort food for the utterly demented and adventurous. The 2014 Might Mouth Music reissue includes a second disc that is absolutely essential in attempting to understand the statement of Tweddle. It’s a concrete-like meditation on country music that both relies on the traditions of the genre while simultaneously breaking every rule in the book.

Pick up these Angry Mom staff music recommendations in store, or shop for that hard to find wax at Angry Mom on Discogs!