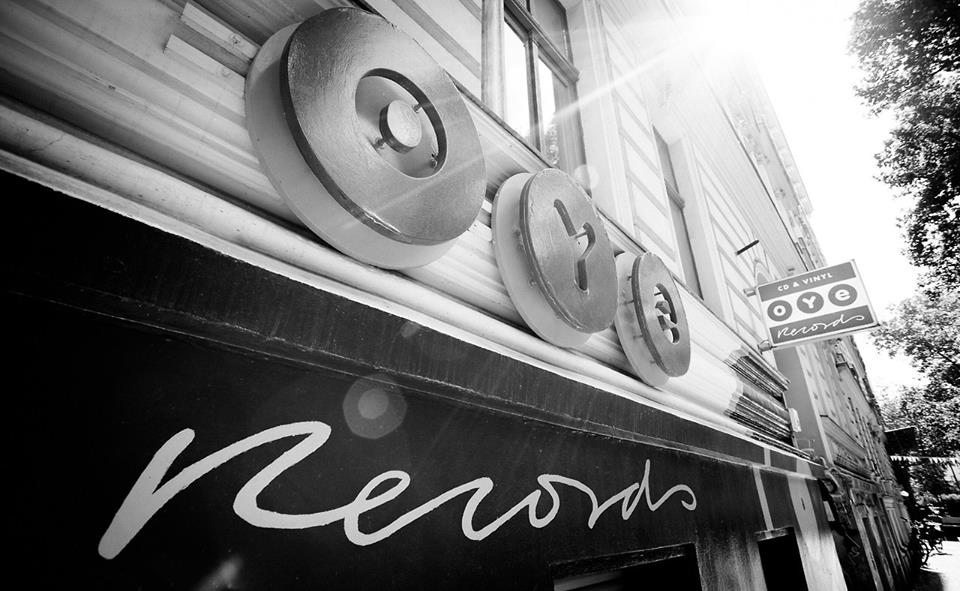 The very first Crate Diggers Berlin, which will take place on September 24th, 2016 at Prince Charles is rapidly approaching! Featuring a Record Fair during the day, followed by an all night After Party, Crate Diggers is the ultimate event for record junkies! Leading up the Berlin debut, we spoke with Markus Lindner aka Delfonic, co-owner of Berlin record shop OYE Records, who will be selling records at the event.

Please tell us a bit about OYE Records and its history.

Named after Tito Puente’s ‘Oye Como Va’, OYE has been serving up a platter of House, Soul, Jazz, Hip-Hop and Techno to the local residents since 2002. With two stores, one cornered away in the prominent Prenzlauer Berg district, and the other, in Berlin’s in-vogue Neukölln precinct, OYE is very much a home to the city’s musical contingent. With a multitude of regular in-store gigs, in-house labels and a team compromising of the most astute, approachable and attentive experts in vinyl (think the exact opposite of Jack Black’s ‘Barry’ in High Fidelity), OYE is very much a home away from home, with its unpretentious vibes and unifying atmosphere. Rick Wilhite, Jazzanova, Seven Davis Jr., Soul Clap, Max Graef & Glenn Astro and The Mole, are just but a few of some of the more famous and renowned acts to have performed behind the store’s counters over its near 15-year history.

What was your inspiration for opening a record store?

My personal inspiration was, that I went to record stores almost every day in Berlin when I was a student. OYE was one of my favorite spots and the atmosphere there was cool. And I always wanted to have a record store without the stereotypes of the cool guys behind the counter. And when Tinko and I got the chance to become partners in 2007, we said yes, because to be your own boss and do what you want with your ideas about a good record store is a dream come true. And to be honest, it’s still unbelievable, that we have the chance to run a record store in 2016 and it’s still growing. 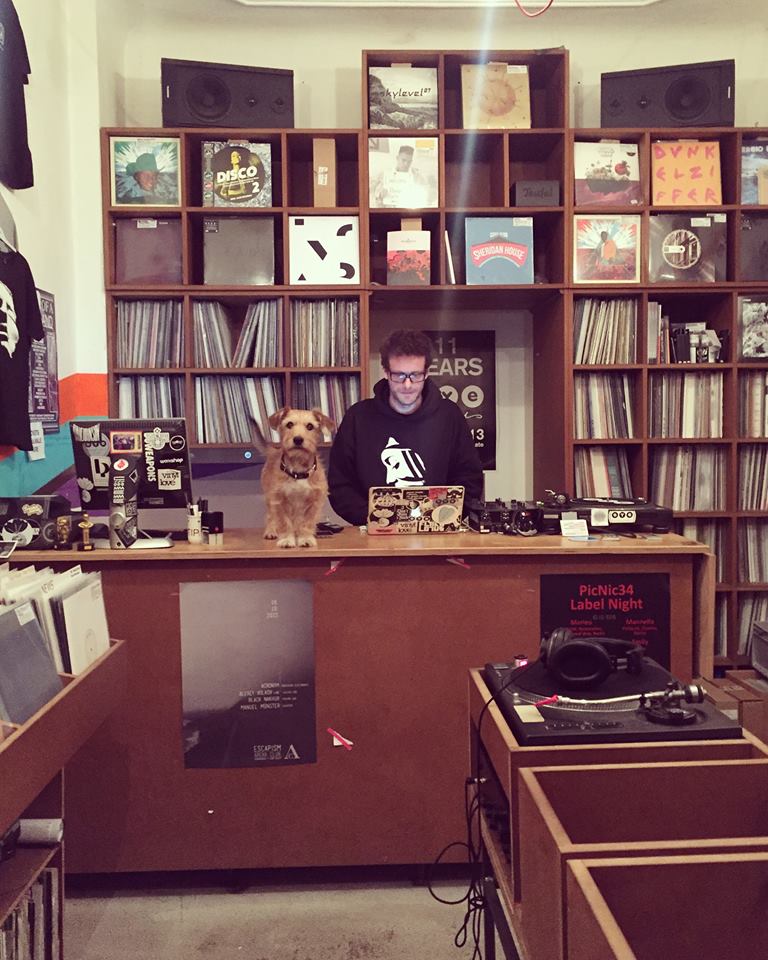 There is no shortage of record stores in Berlin. What sets you apart and makes OYE Records unique?

That’s true. There are a lot of great record stores in Berlin with a long and influential history. We try to always be nice to people, there are no stupid questions at all about music, and everybody is welcome to hang out and listen to records all day.

We also have a strong relationship with a lot of artists, DJs, producers, bookers, promoters and labels/label managers. That’s really important to us, that people meet at the record store and new projects or ideas develop. And every week we get an exclusive release, which are only available at OYE for a couple of weeks.

I see that staff members at OYE Records are involved in the Berlin DJ scene. Can you tell us about some of your events?

We had a lot of parties and events going on in the last couple of years: our anniversary party at Panorama Bar, Fete de la Musique in 2010, a monthly party at Club Der Republik (R.I.P.), but now we are more focused on having in-store sessions with artists, to bring people to the store. But the label I’m running with Max Graef & Glenn Astro, Money $ex Records, now have a residency at OHM Club every 3 months.

I’m also a resident at Club Gretchen and sometimes the OYE DJs play at Salon zur wilden Renate or at some bars. Almost every OYE Member is playing somewhere and spreads their special music taste. 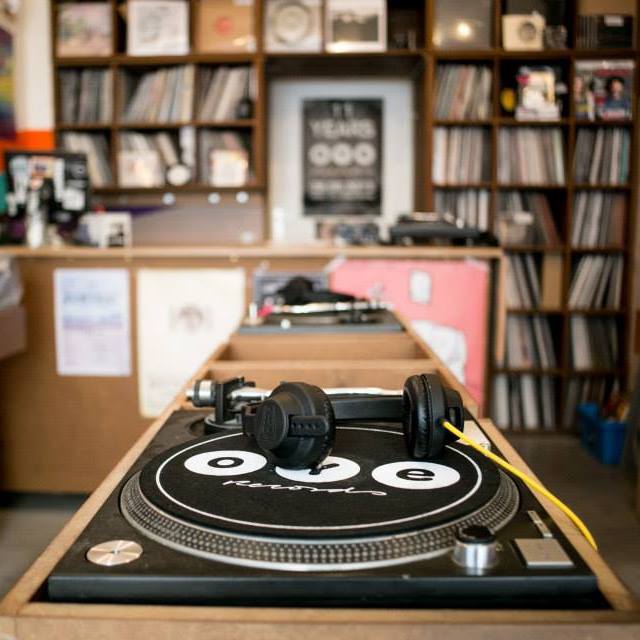 What’s in your personal record collection?

I just sorted out around 1000 records, because I moved into a new flat last year with my family. Now I have around 4,500 records at home. I think it’s not that much for someone who is working at a record store isn’t it? Music-wise I’ve collected almost every style, because I love all kinds of music. I started to buy a lot of rap 12″s and LPs at the end of the 90s, but also Jazz, Funk, Soul to Disco and House and Techno, or some Bass Music like Dubstep or future bass. For now, I collect more Afro, Jazz, Latin albums for my listening pleasure.

Do you use Discogs? If so, what site features do you use?

Discogs is the most important website for research right now for us. If it’s new records or second hand or old records, it’s really helpful and important for us. We also have a little stock online on Discogs.

What types of records can people expect to find at your table at Crate Diggers?

We will bring some of our exclusive labels, some Test Pressings and also some nice and rare second hand records for a good price. 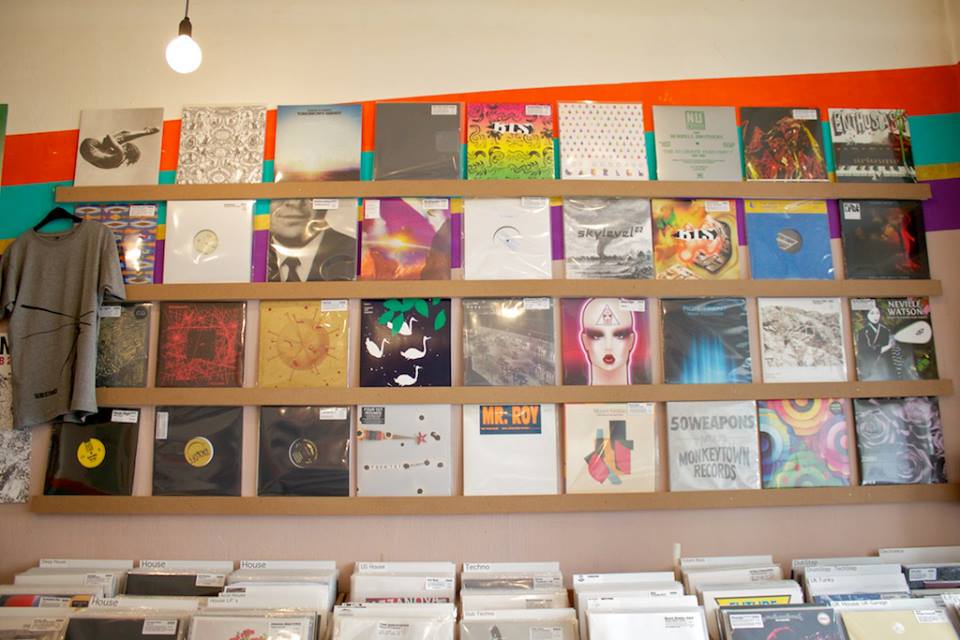 Crate Diggers Berlin, presented by Discogs and Grimy!, takes place on September 24th, 2016 at Prince Charles. The epic FREE event begins with a Record Fair at 12:00, featuring 30+ vendors and 7 local DJs. The After Party goes from 22:00 until 8:00(!) and features headlining DJs Theo Parrish, Marcellus Pittman, and Zernell, with special opening sets by Jamie 3:26 and Lakuti.