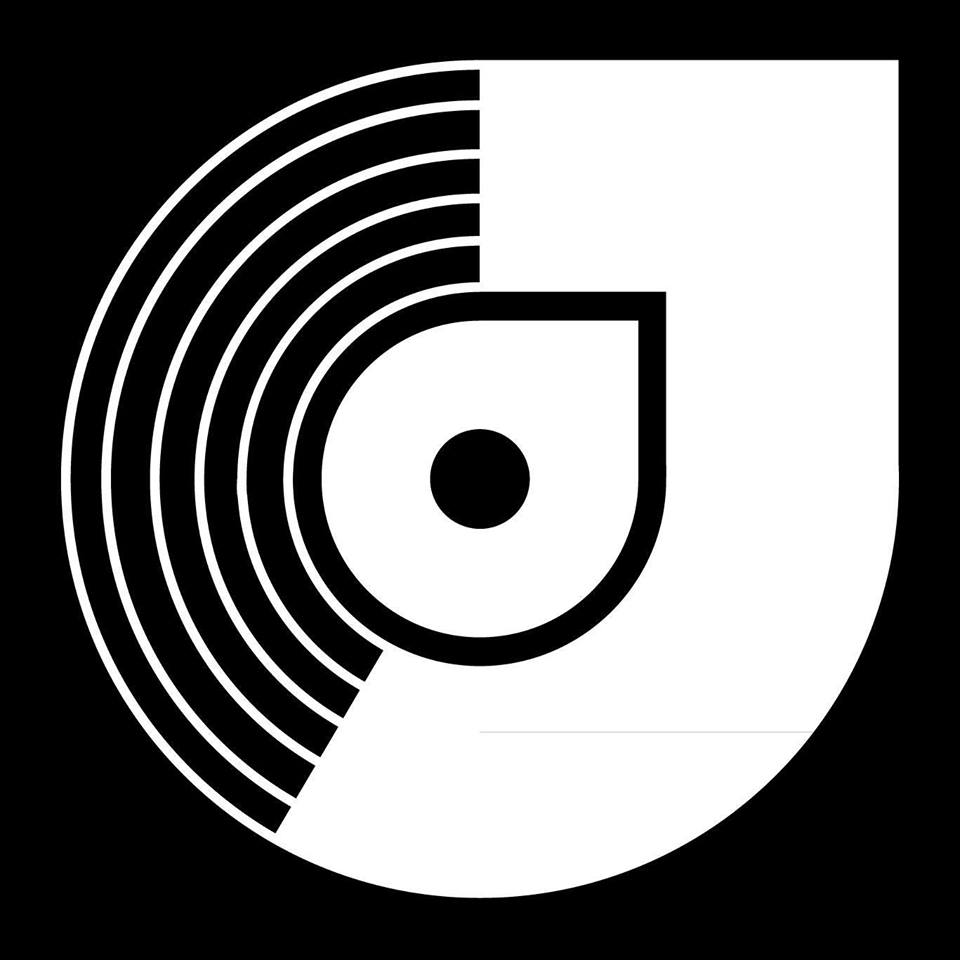 The very first Crate Diggers Record Fair event of the year, taking place in Dallas on March 4th, 2017 at Club Dada is rapidly approaching! Crate Diggers is the ultimate event for record collectors, vinyl junkies, and music fans, with a record fair during the day, followed by an all-night after party! Leading up to the Dallas debut, we spoke with Luke Sardello and Waric Cameron of Crate Diggers sponsor and vendor Josey Records.

Since we last caught up with you, just a little over 2 years ago, you guys have greatly expanded, with a second store in Kansas City, a third set to open soon in Tulsa, as well as a pressing plant. So, it seems as if things are going pretty darn well?
Things have been going really well. Everything has exceeded our initial expectations and we continue to be surprised by the overwhelming support of our customers and friends.

As someone who’s been involved in music and vinyl for quite some time and has no doubt witnessed ups and downs, would you have predicted 10 years ago that the vinyl industry and retail would now be experiencing such an upswing?
We’ve always been DJs, record collectors and diggers, so vinyl has been ingrained in our musical consciousness for as long as we can remember. I don’t think anyone could have predicted a decade ago the heights the vinyl industry has now reached, with double digit growth year-over-year for several years now. It’s a testament to the medium that despite the ease of accessing music now, vinyl continues to grow in its appeal and acceptance as a mainstream form of the way we consume music. People want value in the money they spend and they see that value in vinyl by experiencing it in the way it was originally intended, with full artwork and liner notes, as well as specialty packing and, in some cases, colored vinyl. It’s become a more tangible way for artists to connect with their fans.

Last time we spoke, the Dallas store had only been open for a few months. Do you have any updates or news for this location?
Our flagship Dallas location continues to flourish, as we experienced a growth of 40% last year versus 2015. We continue to see new people every day from every age group that are as excited as ever about records and finding new music. We have a lot of space to work with at 15,000 square feet, so we continue to look at new ways of using that. We’re continuing to develop our live space with our stage and DJ booth and have some great things developing with that this year. We’ve been working on some record label ideas and how we can use our pressing plant to develop that. And we’ve also just started a podcast called Pitch Control, where we discuss topics related to vinyl and music. That’s now available on iTunes and Stitcher.

I visited Dallas for the first time last year, and of course my first stop was Josey Records. I was immediately taken aback by the sheer magnitude of both the location and inventory. They do say everything is bigger in Texas! How long did you guys have to stockpile inventory before opening on such a grand scale? You must have been buying collection after collection after collection.
As record collectors and diggers over a long period of time, you get leads and make connections. You visit places that may not be what you’re looking for one day, but you always keep in the back of your mind for the future. When we decided to go with a larger location that reminded us of the old Sound Warehouse and Peaches days, we started looking into some of those leads and connections, made a bunch of calls, took a bunch of road trips and bought several large collections – and in some cases simply accumulations – of records. We topped that off with infusions from our own personal collections. Now that the store’s open, we get buys coming in every day and when a lead presents itself, we look into it. It still surprises me how many records are still out there. It just takes some legwork.

I was also surprised by how strong of a vinyl scene and community the Dallas/Fort Worth area has. Do you agree? What do you attribute this to?
I definitely agree with that. DFW does have a strong vinyl scene. There are a lot of record collectors and diggers here, as well as just casual record buyers. We do have 7 million people in our metro area, it’s just really spread out. But Dallas/Fort Worth has a rich musical history too. There has been a record pressing plant here since the 60s. DJ culture in the 80s also really helped set the tone I think for what we see today. We’ve had a number of influential DJs that have kept things alive and thriving. We’ve got great promoters in town that recognize the importance of vinyl’s history and have created nights like Fresh 45s that keep the format at the forefront. And we’ve got stores in town that have stayed true to selling vinyl, even at a time when it wasn’t cool.

Can you tell us a bit about the Kansas City store? How does it compare to the flagship Dallas location?
The Kansas City location is about half the size of our Dallas location. It’s located in The Crossroads part of the city, which is redeveloping into a great nightlife and retail section just south of downtown. We were fortunate enough to get into an amazing building that sits across the street from one of the best live venues in town – Grinders – so we get a lot of exposure from being in that location from touring bands and the local community. We have an amazing staff there who are really tied into the local scene and have been part of the KC vinyl scene for over a decade. Like Dallas, the KC store carries used and new records as well as turntables, accessories and CDs.

Coming soon is Josey Records’ third outpost, in Tulsa, OK. When is this location slated to open, and how will it compare to the existing stores?
Tulsa will open mid-March. Tulsa’s metro area is smaller than Kansas City but we feel it’s got a lot of potential. Tulsa is located halfway between Dallas and KC, so we feel like logistically it’s a great place to be. It’s been compared favorably to Portland and it’s got a lot going on already musically that we hope to be a part of. It has a musical history that ties heavily into the Blues and Rock scene and the city has embraced that with the Woody Guthrie Center and The Dylan Archive both located there. We’ll be located in The Pearl District just outside of downtown on historic Route 66. 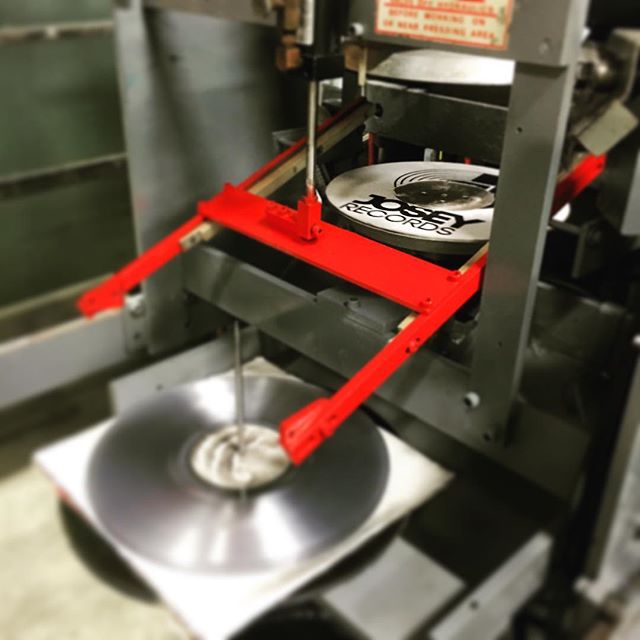 Opening and operating the shops on the scale that you guys do is no small feat in and of itself. To take it even further, Josey Records opened a vinyl pressing plant last year. How did the opening of the plant come about, and what services does it offer?
Yes, we purchased the A&R pressing plant in late 2015 and moved it closer to our retail store in the summer of last year. We felt owning a plant would allow us to vertically integrate our operations and allow us to work on creating a Josey label imprint with possible distribution options in the future. We’ve used that to extend our brand by creating Record Store Day exclusive releases that feature the bands we have playing in the store that day. It’s a unique concept that goes further in giving local bands some shine beyond just playing a live show on the busiest day of the year. We’ve done that over the past three RSDs, and we’ve got some surprises ahead for this year.

What do you like most about operating your stores?
Mostly, it’s about music and people. We learn about new music every day and get to meet some amazing people that love music along the way. We grew up in and have worked in record stores so we are doing what we’ve always loved. What else could you ask for?

Crate Diggers Dallas, presented by Discogs and Grimy!, takes place on March 4th, 2017 at Club Dada. The epic FREE event begins with a record fair at noon, featuring 30+ vendors and 7 local DJs. The After Party goes from 8 PM until 3 AM and features headlining DJs, J. Rocc, Kai Alcé, and Zernell.