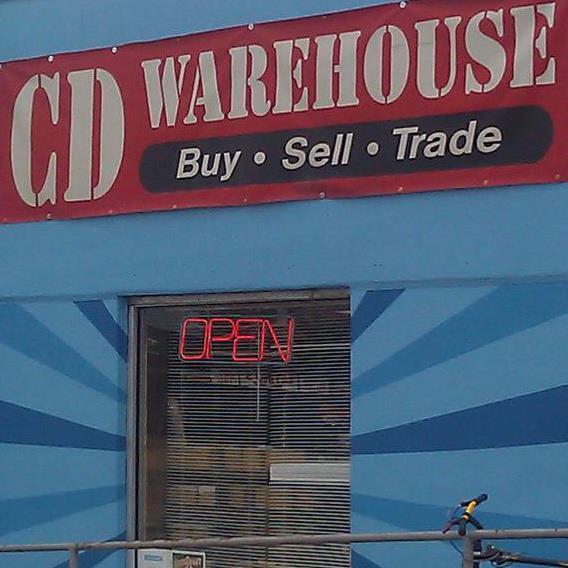 The very first Crate Diggers record fair event of the year, taking place in Dallas on March 4th, 2017 at Club Dada is fast approaching! Crate Diggers is the ultimate event for record junkies, with a record fair on during the day, followed by an all night after party! Leading up the the Dallas debut, we spoke with Ben, store manager and owner of Dallas-Fort Worth area (DFW) record shop CD Warehouse Arlington. Check out his full story here and find him selling records at Crate Diggers Dallas.

Tell us a bit about CD Warehouse Arlington and its history.

CD Warehouse Arlington was started back in the early 90s by a guy here in the Dallas-Fort Worth area. His business model was to buy and sell CDs and CDs ONLY. With the idea of engaging customers by not only selling CDs but buying them from them as well, his company grew quickly during that time. He began to franchise the company and later sold it to begin other ventures.

I began working here in 2005 and was given carte blanche to basically run it the way I felt would work best. I saw an opportunity to change the atmosphere of a struggling store and began selling vinyl records and various other formats of music, not just CDs. Also, I decided to host local and touring bands. I used to live in record stores as a teenager and just took all the things I thought were cool about them and put my spin on it. Anyway, in 2012 the owner at the time approached me about purchasing the store. So this guy I had literally just met, who is now my business partner (Andrew, he’s cool), bought it. We moved it over one block south of the UT Arlington campus, and have been rockin’ it ever since. 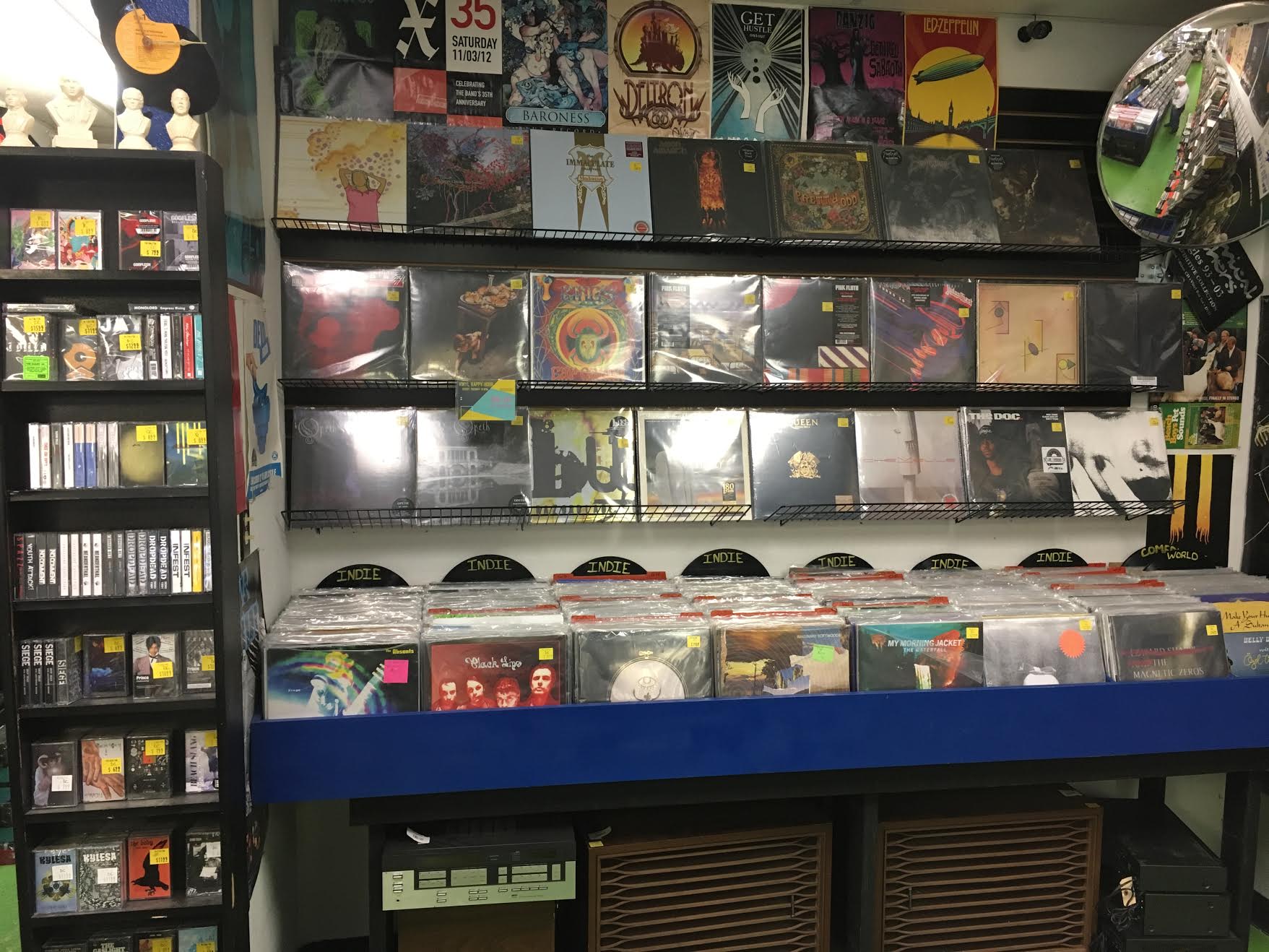 What sets you apart and makes CD Warehouse Arlington unique?

We take a sincere approach to helping people find what they came in for and we take it seriously. Its funny sometimes because we’re so knowledgeable in just about every genre, we’ll get customers that will literally come in and say like three words of a verse of a song and more times than not, we’ll be able to find it for them. We’re not a “hobby store” like many other places. I see other stores that focus on what music the owners or managers are into but, they don’t really branch out much. That’s cool, but we want people to leave finding what they want, no matter the genre or style. We love the music that you love. So, yeah, you’ll see a dedicated Black Metal section, a dedicated Gospel section, and so many other niche genres that we have dedicated space for because thats what our customers have come to know, love, and respect about us. So basically genre, selection, and staff knowledge.

What do you enjoy most about running your record store?

Kind of the same as above: conversation, learning, and introducing people to new tunes. Talking to someone about UGK and Screw for 15 minutes, and then talking 20 minutes to someone else about Powerviolence and Grindcore. You never know where the day is going to take you, musically speaking. Plus having first dibs on things is always a perk!

I visited Dallas for the first time last year and I was surprised by how strong a vinyl scene the DFW area seems to have. Do you agree? What do you attribute this to?

Definitely! We are very lucky here in DFW to have so many awesome record stores. The population and the vast area DFW encompasses certainly helps. Nobody really steps on anyone else’s toes, and record stores recommend each other to customers all the time. It’s really cool. Not sure why it is, but it is and I’ve really never questioned it. 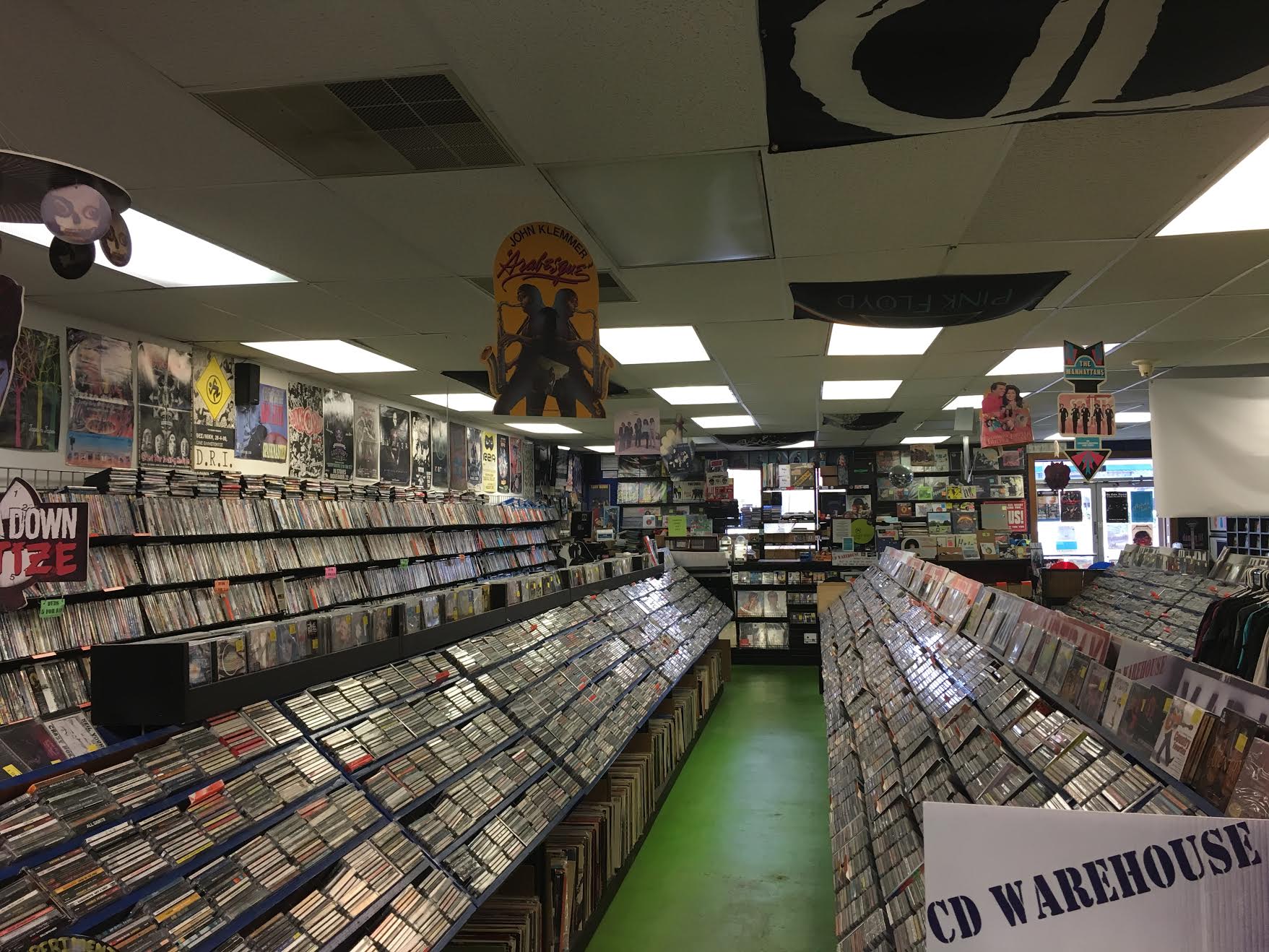 Besides selling on Discogs, I see you guys contribute quite a bit to the database, including lots of new releases. Next to getting releases up for sale, are there any other aspects of contributing that you enjoy?

Ha, yeah. We play it almost like a game. It’s fun to get the first listing up of a new release. You own it in a way, it’s really cool. We also add barcodes constantly. Most people who contribute, we guess, are doing it from home and don’t have a scanner for barcodes. We find that often when people are typing them in, they miss a number, or switch them. We often joke we should change our name to barcodekings. It just feels good to add listings in the database or contribute to an existing one. The whole idea is to build the biggest and most comprehensive music Database and Marketplace, right? We are 100% behind that. Next we all need to find a way to start doing more Filmogs database submissions as well, in my opinion.

What’s in your personal music collection?

Well, I don’t have any Michael Bolton or Ferlin Husky. Clearly I have some major holes to fill. A lot of cassette tapes. I love tapes! Grew up with them and records, so lots of both.

We purchased the inventory of the legendary Top Ten Records in Oak Cliff, Dallas back in December. As best as Mike Polk, the owner, and we can tell, they were certainly one of the five oldest records stores in existence within the US. There is also a JFK assassination tie: Officer Tippit who was murdered by Lee Harvey Oswald in front of the Texas Theater, got the make on him from the phone at Top Ten. If anyone else has any knowledge on that, or the oldest record stores, please let us know. But, in that we obtained 40,000+ 45s. Nobody has really dug in for 20 years, so fingers crossed for something fun. We won’t have them all out at the Crate Diggers record fair event due to the volume, but a fair amount will be there. And if you’re in the DFW area, stop by CD Warehouse to check out the rest.

Crate Diggers Dallas, presented by Discogs and Grimy!, takes place on March 4th, 2017 at Club Dada. The epic FREE event begins with a record fair at noon, featuring 30+ vendors and 7 local DJs. The After Party goes from 8 PM until 3 AM and features headlining DJs, J. Rocc, Kai Alcé, and Zernell.