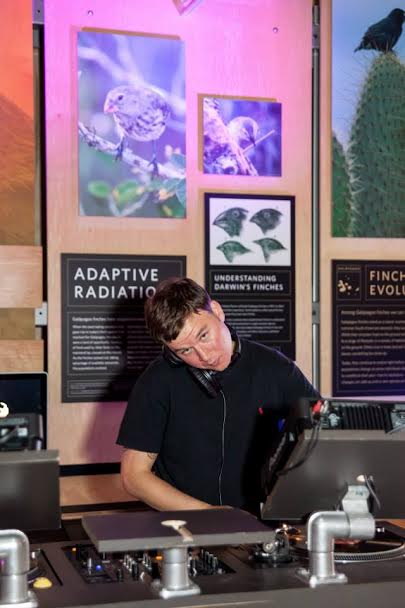 Crate Diggers, presented by Discogs, is excited to make its return to Los Angeles! Now in its third year, Crate Diggers comes back to the great city of LA for the second time, hot on the heels of its international debut in Berlin. A Record Fair by day, followed by an all-night After Party featuring DJ sets by Juan MacLean, Rick Wade, and Zernell, Crate Diggers is your chance to dig and dance from noon till the wee hours of the morning! It all goes down on October 22nd, 2016 at Lot 613. In anticipation of the event, we are spotlighting some of the Record Fair’s vendors. In this installment: Randy Ellis, aka Hotthobo, of Hobo Camp and Voltaire Records.

For those that may be unfamiliar, what can you tell us about the Voltaire and Hobo Camp labels?

Well, Voltaire was started in San Francisco a little over five years ago with my buddies Dave and Fen. Dave was already producing stuff under the name The DMV before that, which then became Loose Shus, and him and my other friend Amy started to teach me basic production techniques on Ableton. Generally, we were just really into music, DJing, skateboarding, and partying, and we knew a few producers through Myspace or mutual friends who had great tunes and nothing physically out, so we set out to try to put out a compilation record which ended up being Affairs Online. We actually didn’t finish that project until after our first release, as my buddy Nathan from the band Tussle heard I was trying to start a label and put me in touch with Publicist (aka Seb from Trans Am) who had an EP of tunes ready to go that we were immediately stoked on. That ended up being the first Voltaire release. Now we’re on our 15th release, with The Pendletons “Gotta Get Out” EP.

Hobo Camp as a label started to come about when I moved from SF about two years ago. In moving, I found that the dynamic of the label had changed a bit, mainly as I wasn’t physically there to go hang out and talk shop with the crew. We still work together consistently now, but it’s mostly via email, phone, Skype, and when I roll up to SF; whereas before we’d meet all the time at various bars or at home and work everything out in person and in real time. I’ve always tried to keep in touch with the producers that I really like and reach out to those that I want to meet, so I was getting great projects and demos pretty regularly, and I wanted to start a label that I would have more control over with a different look and vibe. I’d always loved Dyami O’Brien’s artwork, and I’d known him from going to Funkmosphere and seeing his work on Instagram or his website, and I’d occasionally DJ’d with him in LA when I was visiting from SF. He was down to handle the graphics for Hobo Camp, and my buddy Brit was also down to help get it going, so we just went from there. So now I do both labels, and it’s just a different crew and a different process for each. I think any fan of either label would like the other, but I do see Voltaire as being more refined and collaborative, and Hobo Camp as being a little more raw and consistent with me having more direction. 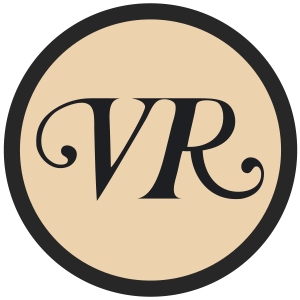 What is your role within the labels?

Postmaster, Emailer, Stressor, Calmer, Planner, basically whatever needs to get done I’ll do.

What was the inspiration to create and run these labels?

Mostly just to do it honestly and bring something new and unique, especially with Voltaire in the beginning. It was the MySpace days, or the end of them, and there were so many artists with interesting tunes that only existed there. We figured someone should put these underground guys on wax. It started there.

With Hobo Camp, moving from SF down south, and being by myself with all these projects coming in, I just wanted to push the output further and to higher lever, and personally become more involved in projects, events and overall creation.

I see that in addition to being a DJ and record collector, you are also a producer. Can you tell us a little about some of the releases that you have created or contributed to as an artist?

Dave from Voltaire produced music as the DMV, and before we even started Voltaire we used to skate together a lot, and eventually found a lot of common ground with music. He was making these crazy Electro-Funk tracks, and was releasing material on this label called Plant, and occasionally doing shows. Him and my friend Amy taught me how to use Ableton and do a lot of basic production work, and I’d hang with them in the studio, and after some time screwing around with tracks, Dave and I focused on a side project called Chautauqua, which was a mixture of Funk, Electro and New Age music, which we co-produced, and that was my first foray into doing a record. After that I worked on the Loose Shus EP, and a few Loose Shus singles since, and collaborated with a few other artists like PLAzA, Midnight Runners, Megan Doherty, Egyptian Lover, etc. Now that I moved back to LA, I started to mess around with my dad on some tunes, and surprisingly enough, we’ve been vibing out really good, and have started a new project called RELISH. 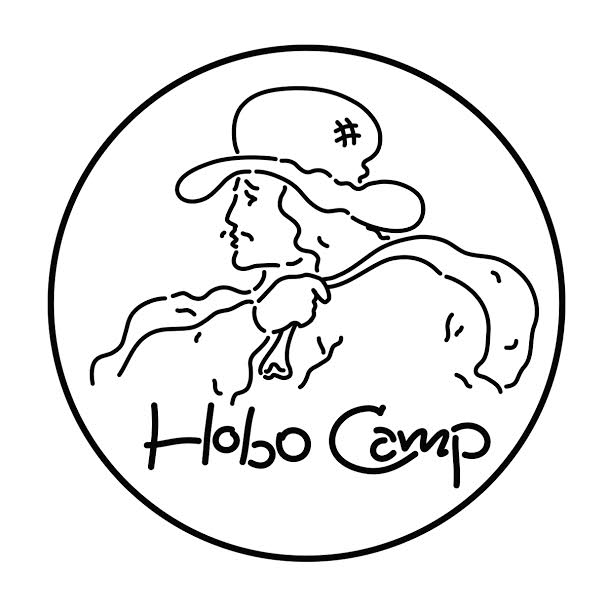 The Modern Soul/Boogie scene seems to be pretty tight-knit. Would you agree, and if so, to what would you attribute this?

Yeah, I’d agree its tight-knit because its not that big globally yet, and like-minded folks in almost any scene seem to gravitate toward each other. There aren’t tons of groups nor tons of money floating around in the scene, so folks really have to work together to make stuff happen, and generally people get along and have a lot of excitement when things do happen. Many of us have been active with this music for years, so we have a history and a bond, and if we don’t know each other there is only a small degree of separation.

Can you tell us about anything on the horizon for yourself as an artist/DJ, Voltaire and/or Hobo Camp?

As RELISH, I’m chipping away at an EP, and as a DJ I’m booking shows here and there, and really trying to focus on the Modern Funk Fest shows; we just did one in SF and Oakland, and one is set to happen in LA in late November/early December. For Voltaire, we have a Pendletons EP, 7” and Cassette coming out with a bunch of guests featured, and some additional remixes from Mat/matix, RELISH, and Elegant Borzoi. For Hobo Camp, we just released a House EP from Roche that is stellar, and we have a forthcoming Modern Funk/drum machine House-style hybrid EP from Melbourne’s’ M5K, which should be out before the end of the year. 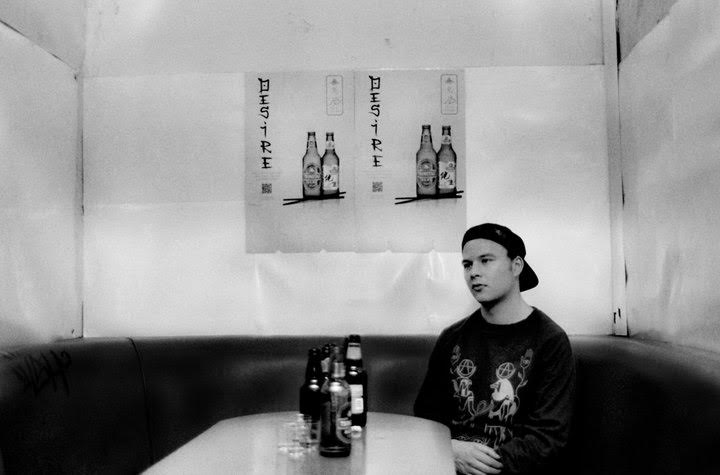 Are there any records that you are hoping to find at Crate Diggers?

I mean, I have a serious wantlist that goes on forever…so yeah I’m rubbing my hands together hoping to come up, but I always welcome something that I have no idea about that seems cool. Last year at Crate Diggers LA I found some essential cuts, and I assume this year will be no different.

A full variety of records, releases and merch from Voltaire and Hobo Camp for sure. I’ll have super strong Boogie Funk, Sweet Soul, and House sections, as I have a lot of great records from those genres to sell, but I collect and sell all types of music so there should be something for everyone.

Crate Diggers LA, presented by Discogs, takes place on October 22nd, 2016 at Lot 613. The epic FREE event begins with a Record Fair at noon, featuring some of the finest area vendors and 6 local DJs. The After Party goes from 9PM till 4AM (!), and features DJ sets from Juan MacLean, Rick Wade, and Zernell. Stay tuned to the Crate Diggers LA Facebook event page for more information! 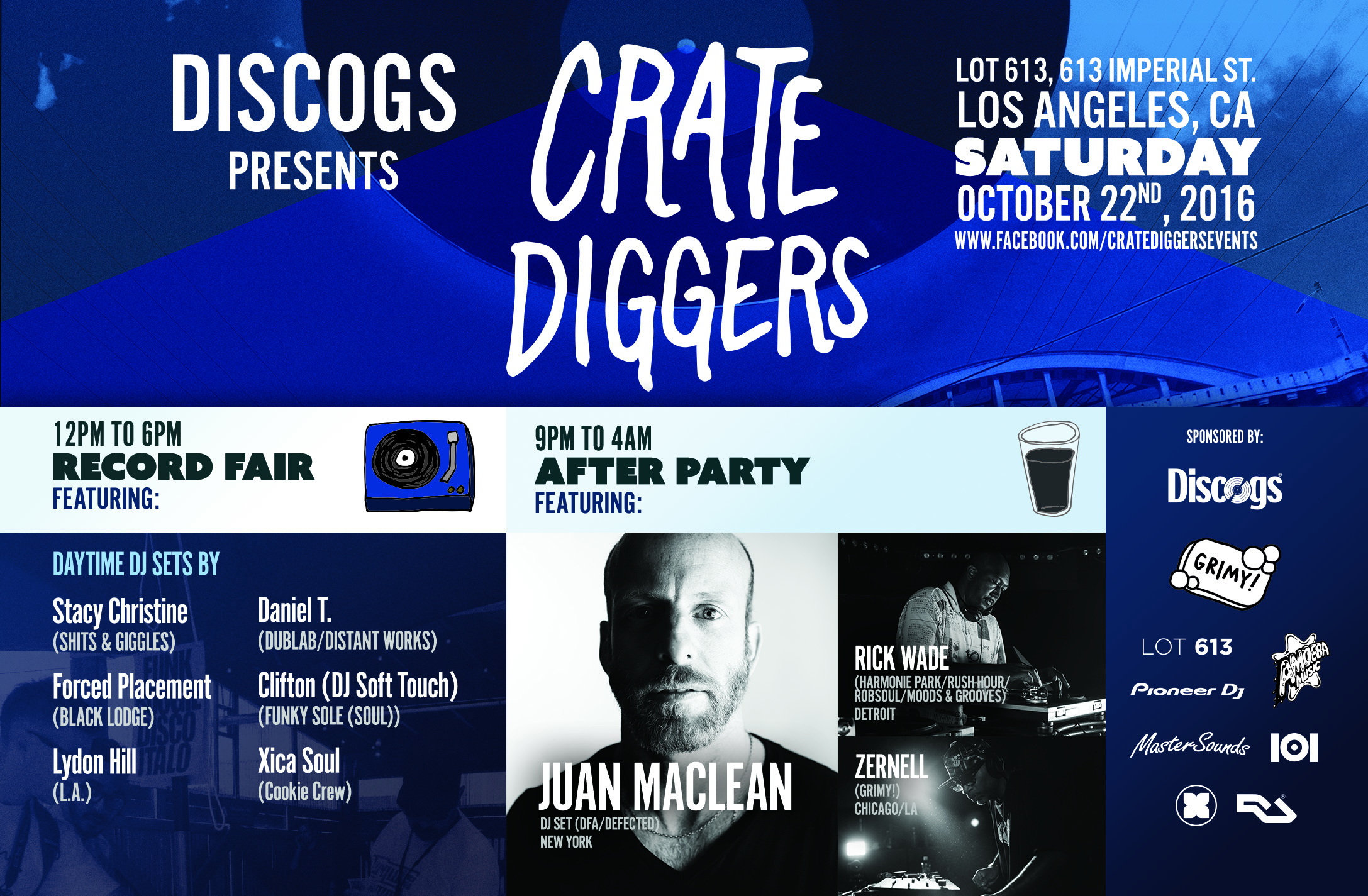