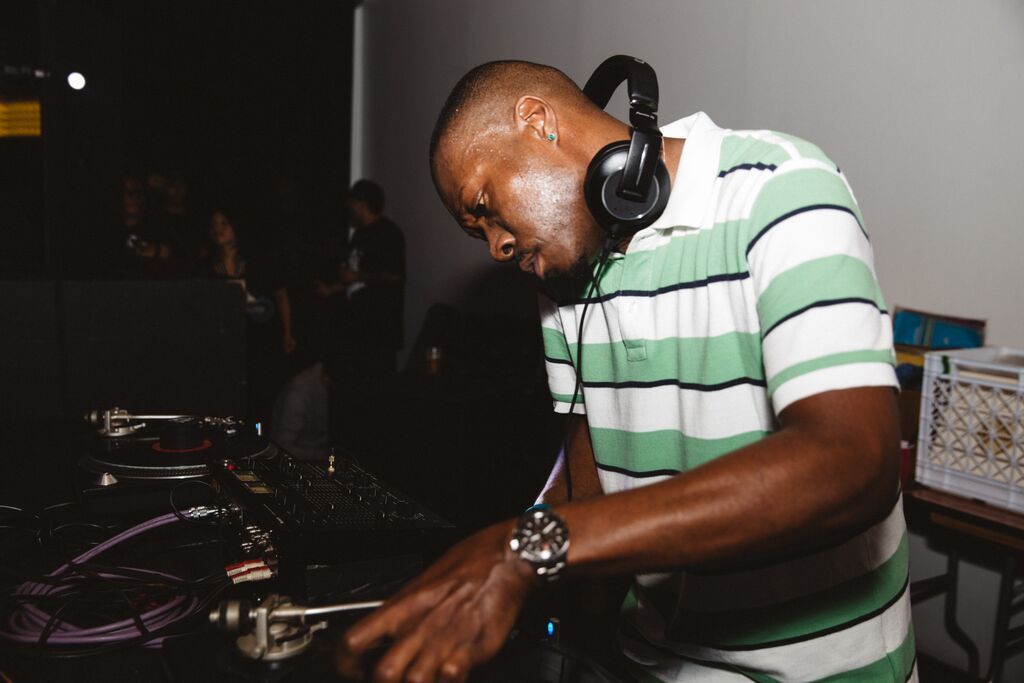 As we here at Discogs continue our quest in keeping all the best parts of vinyl culture alive and kicking, the Crate Diggers series proves to be an important and successful avenue to bring together the music collecting community under one roof so that record lovers everywhere can converge and discuss their passion face to face. With each passing Crate Diggers event, people get the word and come down to show off their wares, and we are dedicated to bringing this experience to more and more towns and users. In October, in partnership with Grimy Edits, Crate Diggers was held in the great city of Los Angeles, and the event was nothing less than a raging success! Whether you were looking for rock, punk, disco, psych, classical, pop, and everything in between, all genres were righteously supported, and by vendors with smiles on their faces. The vibe and energy of the gathering was electric, and the capacity crowd required deep digging and elbow rubbing in order to find those hidden gems we all covet.

The success of the record fair was just the beginning though, as the after party with Theo Parrish, Marcellus Pittman, and Zernell was an exercise of how DJing can transcend a simple dance floor/club experience. The three DJs were bleeding and sweating energy as they took turns at the turntables, and tweaked the mixer to stunning effect. There was barely enough room for a person to dance, but people found a way to do it anyway, passionately throwing moves around like it was the last thing they’d ever do. It was a triumphant cherry on top of what proved to be a very fun day that showcased people’s love of music, and the proof that Crate Diggers will continue on to as many cities as is possible.

Of course, Parrish and Pittman were in the thick of the Crate Diggers event as well, digging around and buying up stacks of wax just as fervently as anyone else. We asked a few questions after the event to get their thoughts on the event and their unique take on vinyl culture.

What can you tell us about your experience at Crate Diggers LA?

What was the vibe like at Crate Diggers LA? Did you feel the vinyl collecting community was accurately represented?

MP: Imagine being at a Star Trek or comic book lovers festival, that’s what it was like for me being a vinyl slut. The vinyl sluts were in the place to be that afternoon.

Did you do any digging of your own? If so, were there any great finds you can share with us?

Based on the experience you had at Crate Diggers LA, will you be attending any future CD events?

What does Discogs mean to you? Is Crate Diggers a good representation of what Discogs offers?

MP: First of all, Discogs is a drug for me. I’ve bought a lot of heaters on the ‘Cog. I would like to do a documentary with you guys.
Hint.

MP: You would have to ask the crowd.

How was the experience of playing at Amoeba Records with such an intimate setting?

MP: People don’t like the process of liking music. This was the introduction. Get to know what’s around you instead of the things around you gettin’ to know you.

Any final thoughts about the event?

MP: Come and get on down in Detroit. We love stuff like this ya hear me?!!!?

Theo Parrish: Crate Diggers is an essential part of underground dance music and culture on the west coast. This music, which is essentially rebel music from the ghetto basements and attics of the Midwest, has grown over time and space into a worldwide phenomena. This music and culture has spawned so many subcategories attempting to claim its essence that you can hardly decipher the distinctions between them, and that expansion is a beautiful thing. The only issue that arises is that when underground dance music is introduced to new generations it’s confusing for them to know who or what represents the roots, or what the starting point concept is. I’m glad I was involved with Crate Diggers to help represent a piece of that concept, which Zernell, Marcellus and I shared with the souls who came down and spent their evening and their love with us dancing to good music on a proper system. The vibes was right! The fact that it was all vinyl made it all the more exciting since all three of our labels, Grimy, Unirhythm and SoundSignature, offer that premium format. The fact that Amoeba helped make it possible, and opened the store for us to select from and the fact that the record vendors had so much amazing wax on offer helps remind everyone that Even though there’s tons of great music on all other formats, it’s truly something special to make it, find it, get it, and play it on wax. I look forward to the next one.