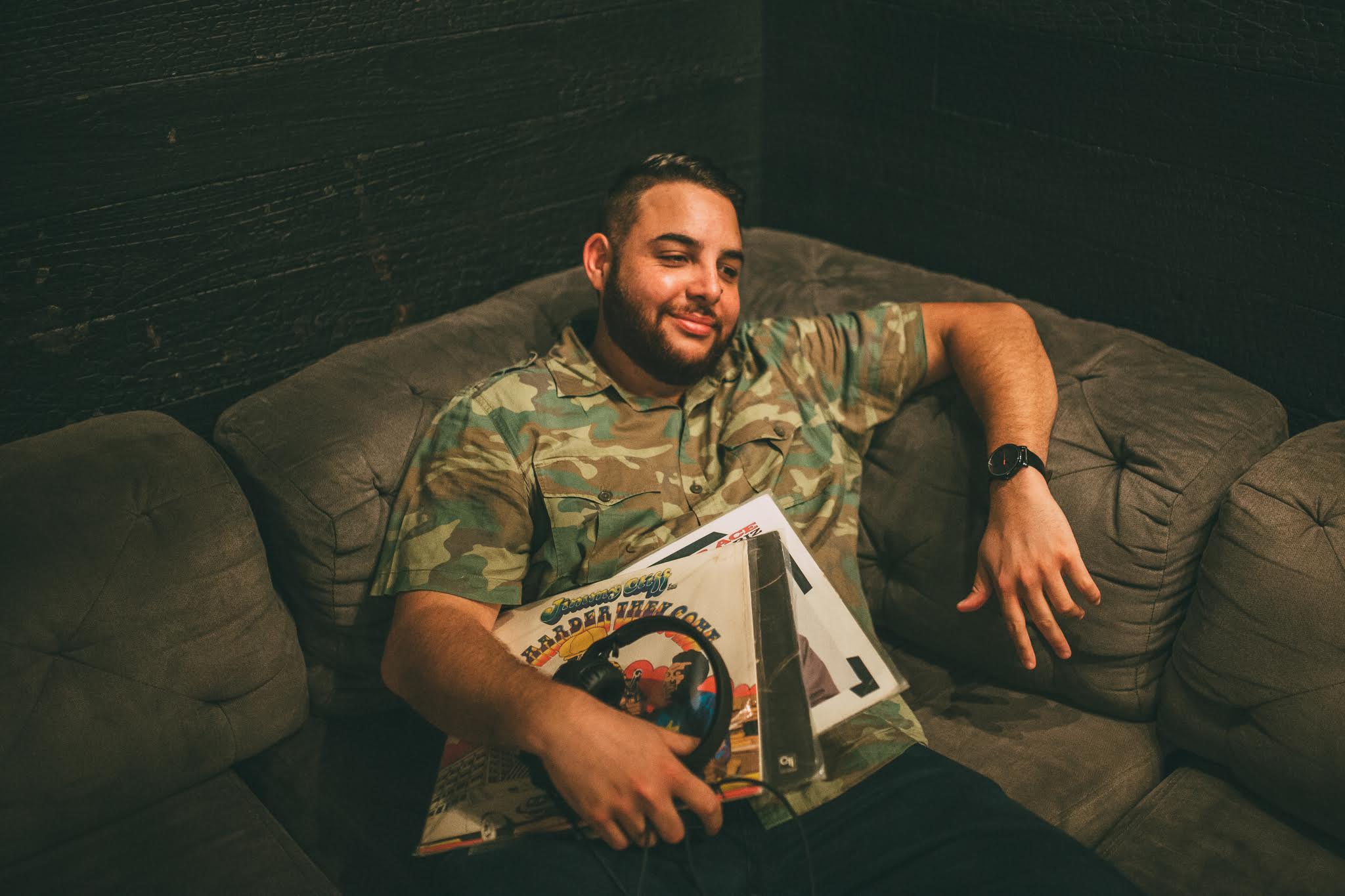 Coming hot on the heels of its Dallas debut, and now in its fourth season, Discogs-sponsored Crate Diggers record fair returns to Miami on March 18th, 2017 at Gramps! Crate Diggers is the ultimate event for record collectors, vinyl junkies, and music fans. The day begins with a record fair featuring 30+ vendors and 7 of the best Miami-area DJs, and then moves into an all-night after-party, featuring 3 headlining DJs!

In anticipation of Crate Diggers Miami, we caught up with DJ YNOT who will be playing a set during the record fair. He filled us in on 10 of his personal favorite digs from his vinyl collection. 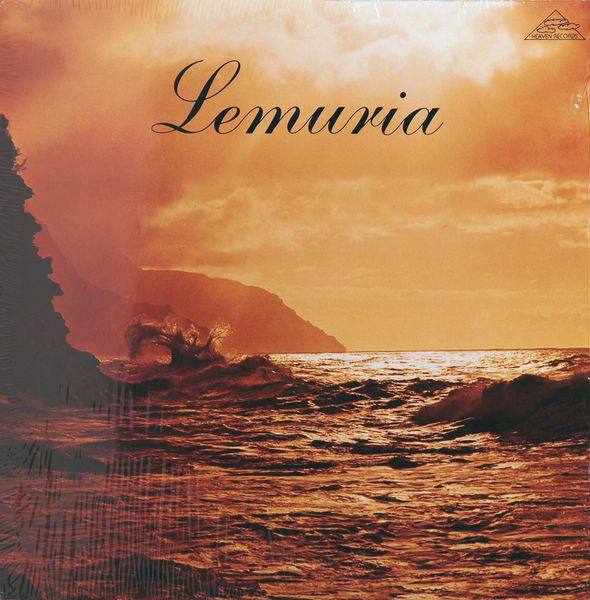 Rare Hawaiian Soul on Heaven Records. This record could be filed under multiple categories; Soul, Disco, Funk, Jazz. The best description I could come up with is “a warm summer day wrapped in a silk blanket.” When my dog was a puppy he decided to eat the jacket, so apparently it tastes great too. Nothing like coming home from a DJ gig at 5 AM to some of your favorite records chewed up.

Came across this one in a late night YouTube K-hole. Added to my Discogs Wantlist, and after months of waiting, copped when the price was right. Aside from this record having some serious loop-able heat, it’s just a beautiful listen. While I have no clue what the lyrics of this are talking about, it just sounds beautiful. The voice can be viewed as another instrument and pushes along the Psych-Folk strumming and sounds.

3. Enlightment ‎– Faith Is The Key

My friend Dev had a bunch of sealed copies of this LP from 1984. Considered a “holy grail”, this was selling for serious loot on Discogs. While I would never drop that kind of money on a record, when Dev played it for me, I understood why. Some records are just rare, but this was not only rare, the music was next level too. Lots of singing about Jesus on this LP, and whatever your religious beliefs may be, the music really moved me. The synth intro and Boogie bassline on Burning Flame are so funky, and the female vocalist really invoked the Holy Spirit. While the OG pressing barely saw the light of day (no pun intended), Dev was able to repress it on his Nature Sounds label with an instrumental 45, and I finally got my copy. While I always prefer the OG, at the end of the day it’s all about the music.

Was visiting my mom in Seattle about 10 years ago and linked with fellow record nerd Christian Science for a dig. He gave me a copy of a mixtape which had the song “Cross Country” on it. When I finally tracked down a copy of the LP, I enjoyed the whole thing, start to finish. So much going on here musically; could be filed under Rock, but the horns add another element. Great album to throw on at the end of the day to reflect.

5. Brainstorm ‎– Journey To The Light

Detroit has one of the richest musical histories of any city in America, birthing genre-defining greats, from Motown to Techno, and heralded Hip Hop producer J Dilla. You can’t overlook the voice of Belita Woods and Brainstorm. While by the late 70s Disco could be cookie-cutter, this broke the mold. The production on this album is very musical and combines everything from synth to guitar solos. The ride ends on a high note with the song “Positive Thinking”. The vibros are so uplifting, when the record is over my head is always in a better space then when it started.

6. Clarence Reid ‎– Nobody But You Babe

Had to include some Miami records on the list. You could write a book on the musical history of Miami with several chapters dedicated to Mr. Reid. Before there was the weird world of Blowfly, Clarence Reid laced some classic Funk nuggets. I’m sure 1969 was a simpler time, and by the way sings Clarence, he had his eyes on the prize and was definitely not interested in an open relationship. One masterpiece of a musical legacy left behind.

I’d buy any record off Sound Triangle Records unheard. Another local Miami label based in Hialeah responsible for putting out Latin fuego. While most record/beatheads are familiar with the Coke LP, don’t sleep on others from the label, including Luis Santi. The first thing about this record that grabbed my attention was the cover with bigotes of various sizes and shapes. The standout cut for me is “Los Feligreses,” which is equal parts Salsa, Funk, and some trippy keys.

Bought this 45 at a show in Orlando. Used to love hitting the central Florida record show early with a coffee and my portable. Endless hours of copping heat from some of my favorite dealers. This hard hitting funk 45 is about getting high off music instead of various narcotics. Knew this was a winner from the intro, but when Les belts “I don’t need no dope to get me on my feet, just give me a drummer playing a funky beat,” it seals the deal.

This 45 was a gift from a friend. An all-time classic piece of Soul music. You can really hear the pain in his voice. While I’m sure most soul collectors are up on this 45, I bugged when I heard it in on a episode of Breaking Bad.

Another one of those heavy pieces that most heads are up on. The cover grabs your attention but the music keeps it. Not sure what section this would get filed under, combining multiple genres into one. If you pay close attention the lyrics, they have a heavy message and are one to grow on. The song “Hymn to Mother Earth” is a great Psyche/Gospel/Funk dedication to this planet we all call home. When I first joined Discogs I listed and sold it instantly. However, I couldn’t bring myself to part with it and used the “couldn’t find it” excuse which resulted in my only negative feedback.

Crate Diggers Miami 2017, presented by Discogs, takes place on March 18th, 2017 at Gramps. The epic FREE event begins with a record fair at noon, featuring 30+ vendors and 7 local DJs. The After Party goes from 9 PM until 3 AM and features headlining DJs Ron Trent, Rich Medina, and Zernell. 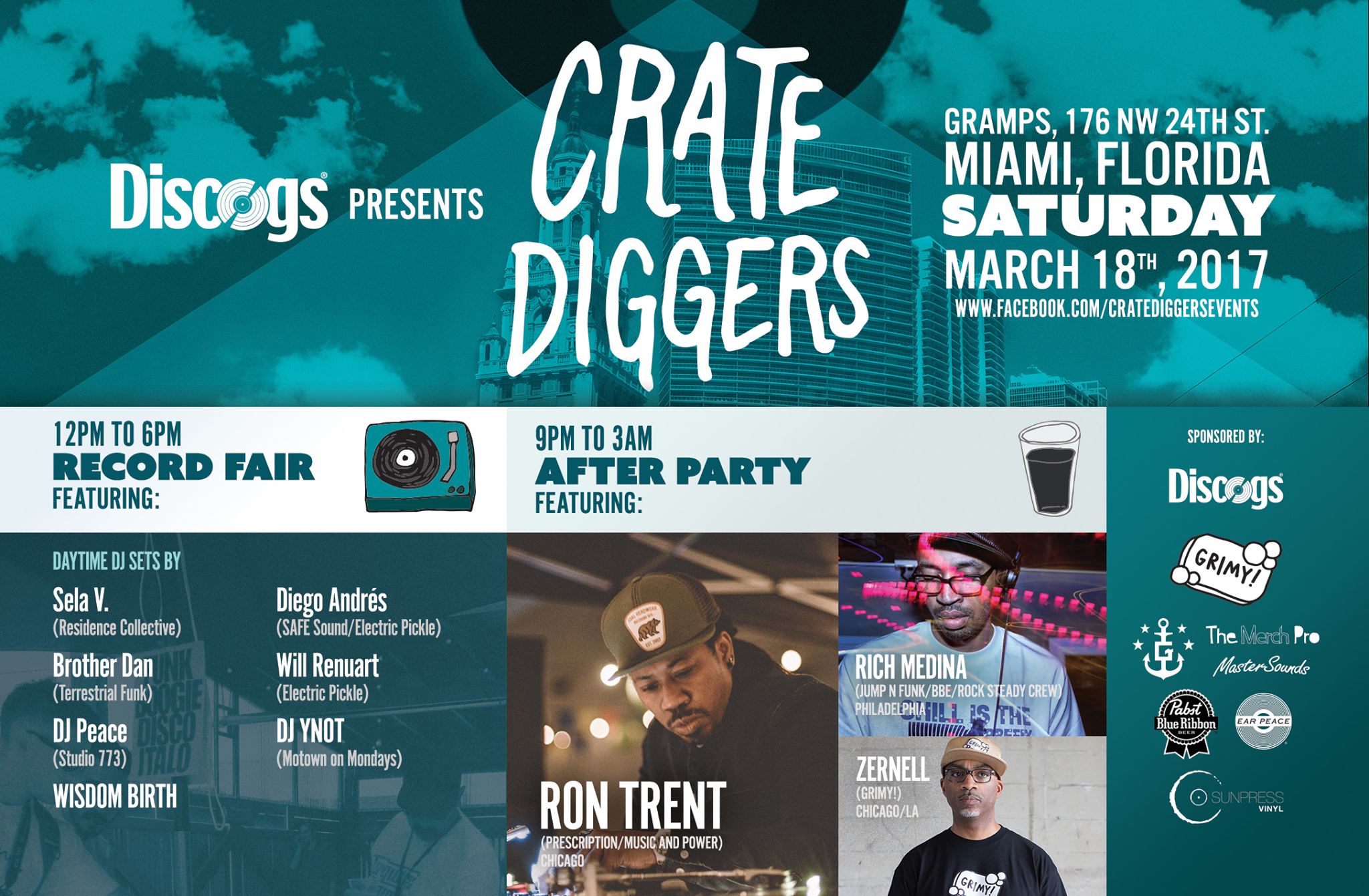