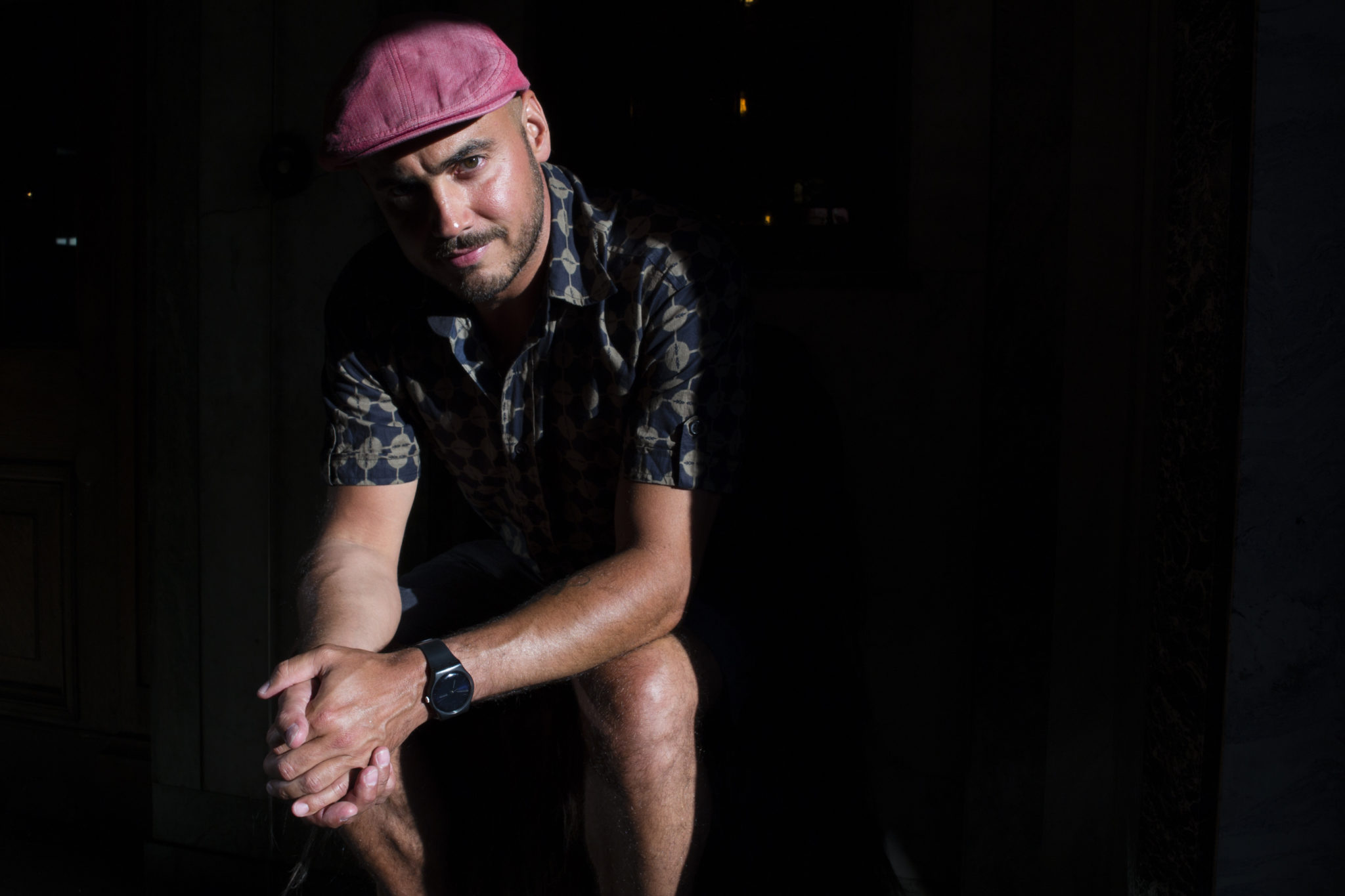 Discogs sponsored Crate Diggers Record Fair makes its Tokyo debut on September 2nd, 2017 at Contact Tokyo! Coming between its fourth event in its home city of Portland, OR,  and its second stop in Berlin, Crate Diggers is the ultimate event for record collectors, vinyl junkies, and music fans! The day begins with a record fair featuring 30+ vendors and 5 local DJs, then moves into an all-night after party, featuring Recloose, Kon, and Captain Vinyl (DJ Muro & DJ Nori)!

In anticipation of Crate Diggers Tokyo, world-renowned crate digger, DJ, producer, and edit king Kon hit us off with his Top 10 Indie/Private Press 45s! Consisting entirely of rare digs, some incredibly so (one wouldn’t expect any less from a master crate digger) Kon says of his list:

So many to choose from, but these are my picks and in no particular order. Spaceark ‎– Welcome To My Door

I first learned about this one some years ago via Kenny Dope. From the opening line “The world came knocking at my door, the world had been here before,” the listener is in for a sonic journey. A haunting track that borders somewhere between blue eyed Modern Soul and I suppose Jazz-Funk, it is on an LP but it’s nice to have on 7″. 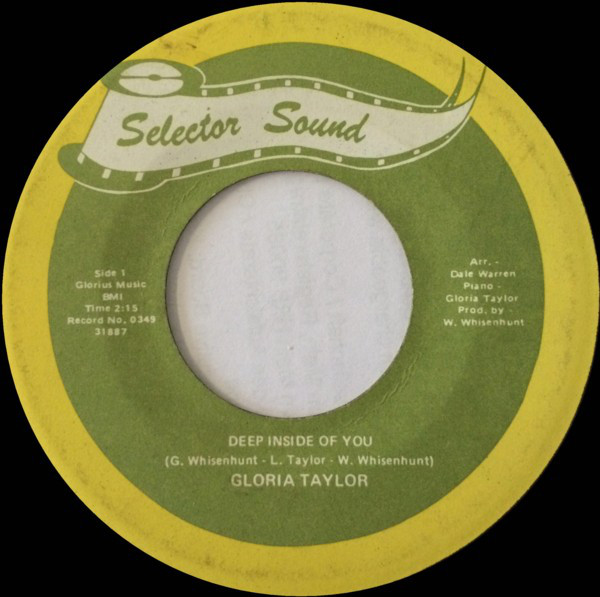 Gloria Taylor ‎– Deep Inside You

One word: perfection. This is what experience sounds like, her vocals are so raw, the conviction is felt right down to your bones. I can’t imagine one not liking this song. 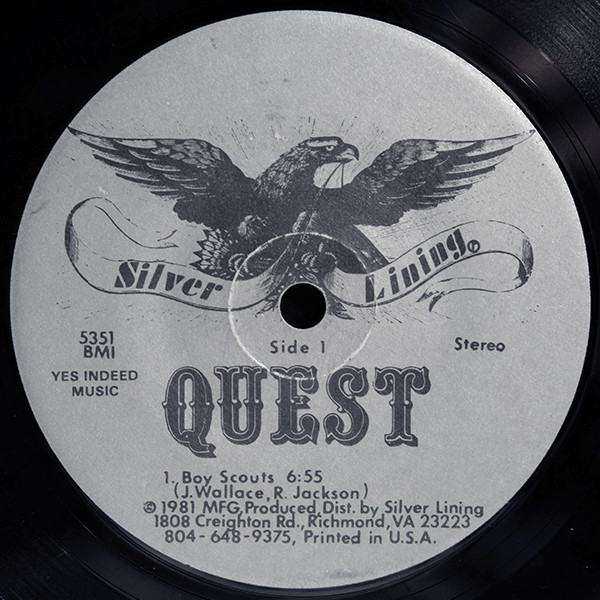 This song needs no introduction. The lyrics are a bit odd considering how funky/jazzy the music is. Tom Noble put me up on this one, and thanks to a miracle, a few weeks later I found a copy for next to nothing. 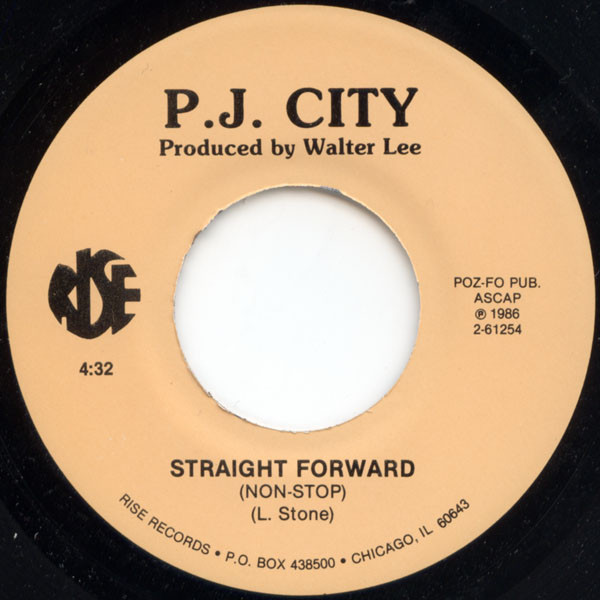 Super in demand for good reason! A Gospel-Disco record that doesn’t go too heavy into mentioning God or Jesus. The year says 1986 but it sounds like ’79, ’80 to me. The recording is raw and filthy, the vocals distort, and that is part of the charm in my opinion. It doesn’t get any better than this. 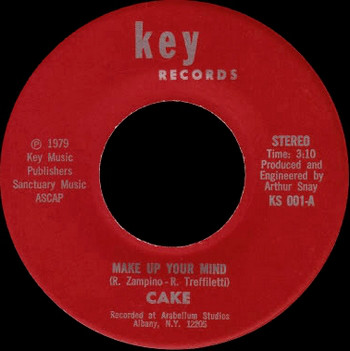 Cake ‎– Make Up Your Mind / Let Your Body Go

Wow. I was blown away upon hearing this extremely rare double sider from upstate NY. “Make Up Your Mind” is a clavinet-driven deep Disco cut about relationships and the games people play. The flip is just as deep except it’s a happy, feel good vibe that makes me feel a bit fuzzy. I think if more people knew about this one it would be big! 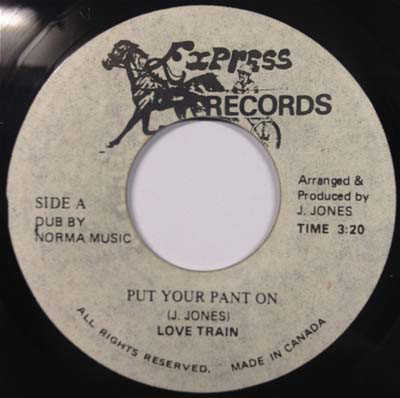 How do I like my Disco-Reggae? Sleazy, grimy, dusted and zooted! This 45 doesn’t have much info on it except that it seems to be Jamaican and I know one of the sides appears on a Dutch Rams Horn 12″ which I had the chance to get but didn’t bother. This one’s a killer for sure. 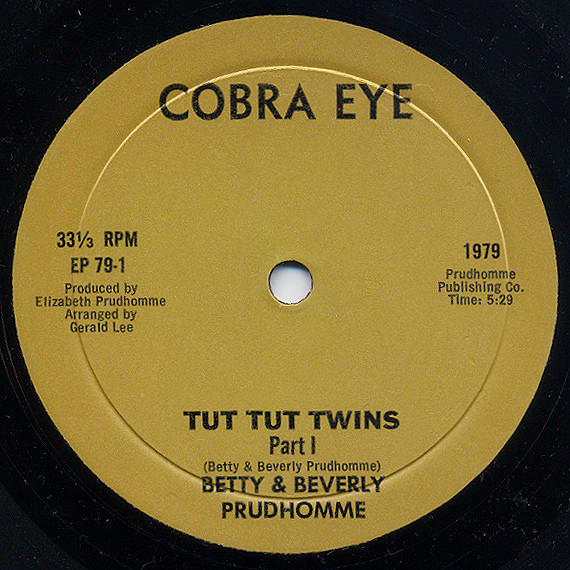 This one is very special. It starts out sounding like if you were to slow it down it could be a Mobb Deep track, then it changes into a hypnotizing Disco bassline with flutes and these strings that suck you right in. The ladies are singing about Egyptian mystical type things and maybe the spell they might put on you.

The Montereys And The Dolls – Time To Get Down

Disco Soul with a rhythm section that just wont quit. Great vocals, not much more to say other than if seen on sight do not hesitate. Too fonky, and rare too! 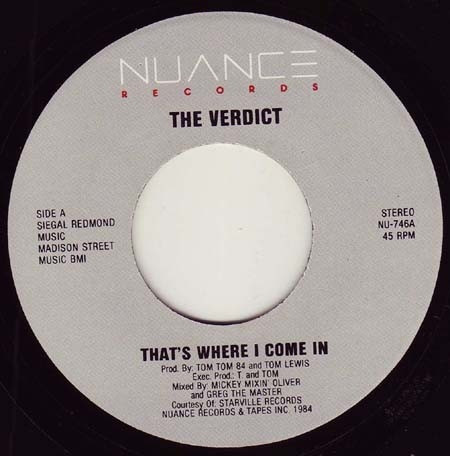 The Verdict ‎– That’s Where I Come In

This one was a gift and for that alone it is dear to me, but the chords, the groove, the vocals and the hook…I can’t get enough of this hook. Timeless cut right here. 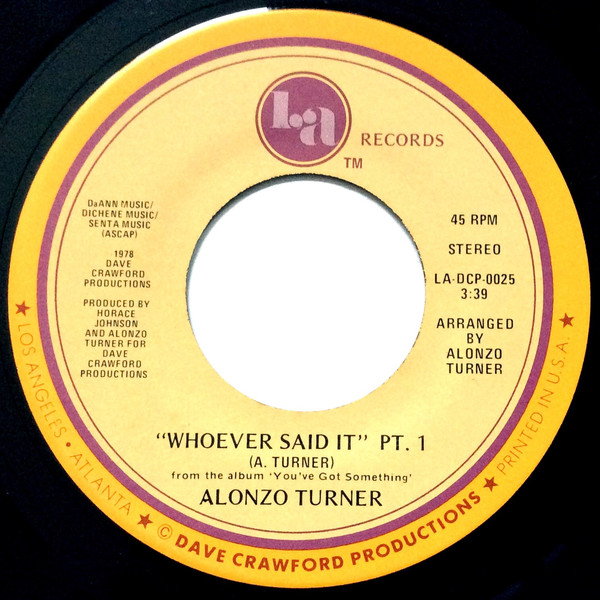 Alonzo Turner ‎– Whoever Said It

Yes, I know the 12″ is great and all, but to have this on 45 makes it prime for travel, and I never see it in this format. An infectious bass line and at times some out of key vocals, but I am a sucker for these ingredients. Stays in the box!

Kon has been digging in crates since 1976, DJing since ’85, and spinning in clubs since ’91. He is one half of Kon & Amir, who released the acclaimed On Track and Off Track series on BBE where they introduced rare grooves to a new audience. His remixes of dance classics prompted Gilles Peterson to name him “Edit/Rework King of 2011”, and feature him prominently on his BBC Radio shows. Kon takes a more modest approach, noting that Kon means “King of Nothing,” and seeks to place the love of music above his own work. The last of an increasingly rare breed of dedicated crate diggers, Kon has for years brought his deep knowledge of obscure goodies to clubs and festivals worldwide. He has also spread his gospel to the masses through critically heralded releases on such respected imprints as Basic Fingers, Hands of Time Gold and BBE. Kon’s vast knowledge of music has resulted in him creating some of the most dance floor friendly edits and remixes today.

Be sure not to miss Crate Diggers Tokyo 2017 on September 2nd, 2017 at Contact Tokyo! The epic FREE event begins with a record fair at noon, featuring 30+ vendors and 5 local DJs. The After Party goes from 10 PM until 5 AM and features DJ sets by Recloose, Kon, and Captain Vinyl (DJ Muro & DJ Nori)! See you there!