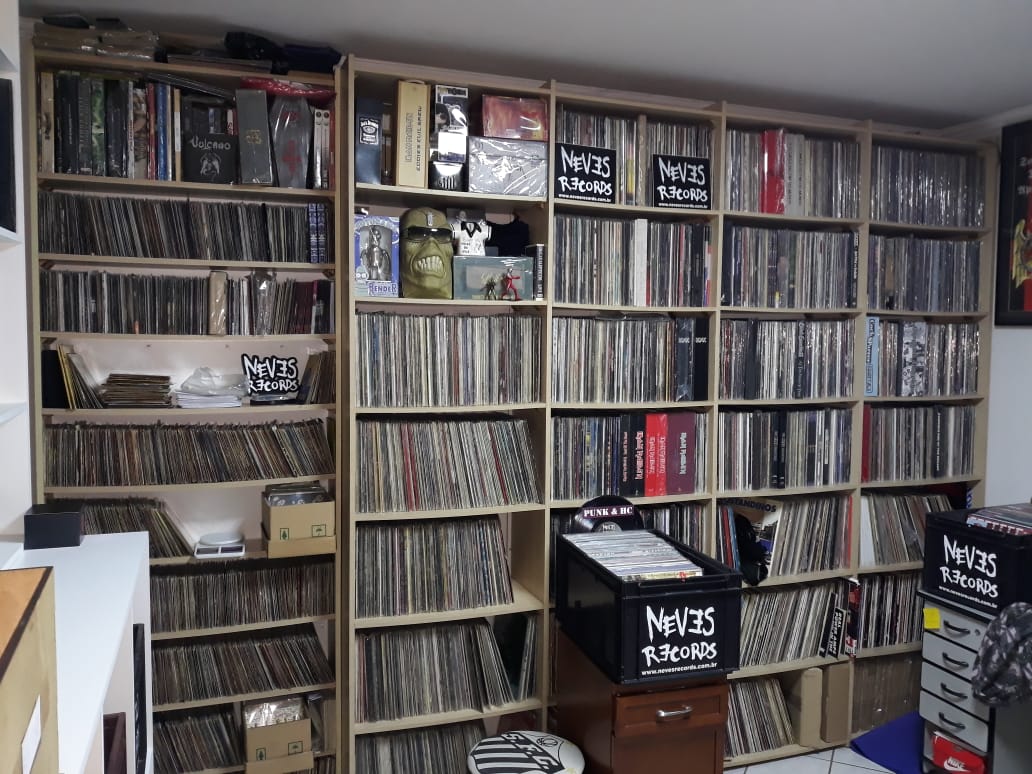 As most of our readers know, Crate Minds is a recurring series where we highlight Sellers from all over the world with a spotless trajectory at Discogs. Today we have the pleasure of introducing you to Neves Records. With almost 2,500 items for sale, Neves Records specializes in Heavy Metal and Hard Rock, and is a well-known Discogs seller from Brazil. Here’s what went down in our conversation with Neves Records:

What’s the name of your shop?

How long have you been selling as Neves Records on Discogs?

We’ve been selling on Discogs since 2013, so… more than five years now!

It was the lack of money and the desire to have more items in my collection. In the 80s, I traveled to other bigger cities here in Brazil and I bought promotion discs in big centers (I bought records of that time like Madonna, Cyndi Lauper and Pop music in general), arriving in my city I exchanged them in stores for records of my interest (usually Heavy Metal and Punk).

What is your favorite record store right now? Why?

Nowadays, I don’t think I have a favorite store. I have a small (around 700 items) Wantlist (who doesn’t have a Wantlist?) and I track those items on sites here in Brazil, on Discogs, Ebay and in big fair records in Brazil!

The good thing about selling records is that you inevitably know several people with the most bizarre quirks possible. An interesting case is a customer who buys only underground Heavy Metal from the 80s-90s. If the band is or becomes a little better known, he sells it all. He just wants to have what’s really underground! In this way, I end up meeting several artists who have released records, several are great people and others I would have preferred to never meet!

What is your favorite record of all-time?

This question is impossible to answer! But today, my top 10 for international and Brazilian albums would look like this:

There were several over the years. But if I have to think about one… Well, about two, those would be the two CDs of Michael Jackson “The Love Songs” and “The Medleys” for $3,500 both. 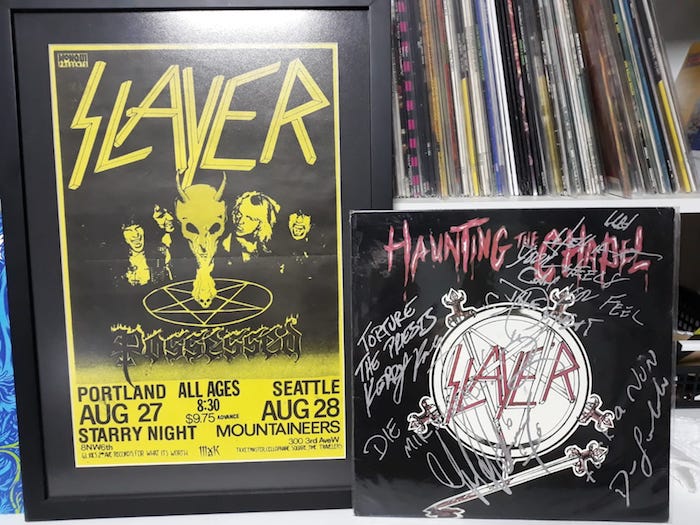 Slayer – Haunting The Chapel autographed by the four members and with the poster of the show (Possessed opened for them that day). I found it in a garage sale for a couple of bucks!

What is your number one tip for buyers and/or sellers on Discogs?

Patience. Search as much as you can, records always come at a great price on Discogs.