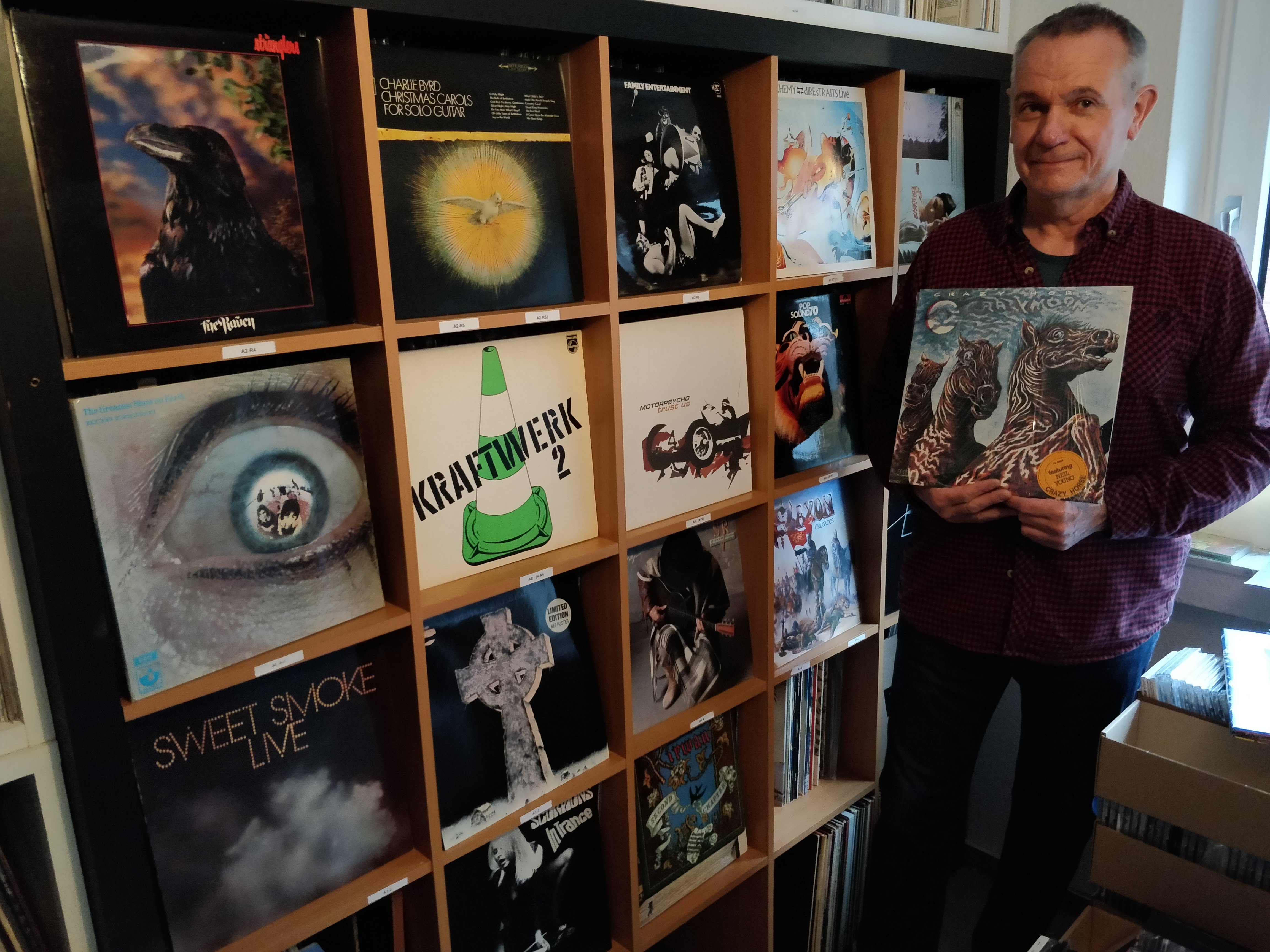 The story of how Heiner Kost is back to selling records is truly heartwarming. After devoting a lifetime to music, he had to close his brick and mortar shop by the turn of the millennium due to the loss of popularity of physical formats.

After many years, he’s back at selling with a little help from Discogs. And in only two years on the platform, he’s already sold more than 2,000 records to Buyers from all over the world. Not bad, right?

We have the pleasure of introducing you to Heiner Kost (Soundman_2016), a Mint Seller with an inspiring story.

How long have you been selling on Discogs?
I’ve been selling at Discogs since 2016. Buying and selling records was always my great passion. I had a record shop until the turn of the millennium and was regularly at record fairs. Unfortunately, the switch to digital media destroyed my business and I had to give it up. Now after more than 15 years, I am more than happy that I found Discogs. I really love it to be in business again! 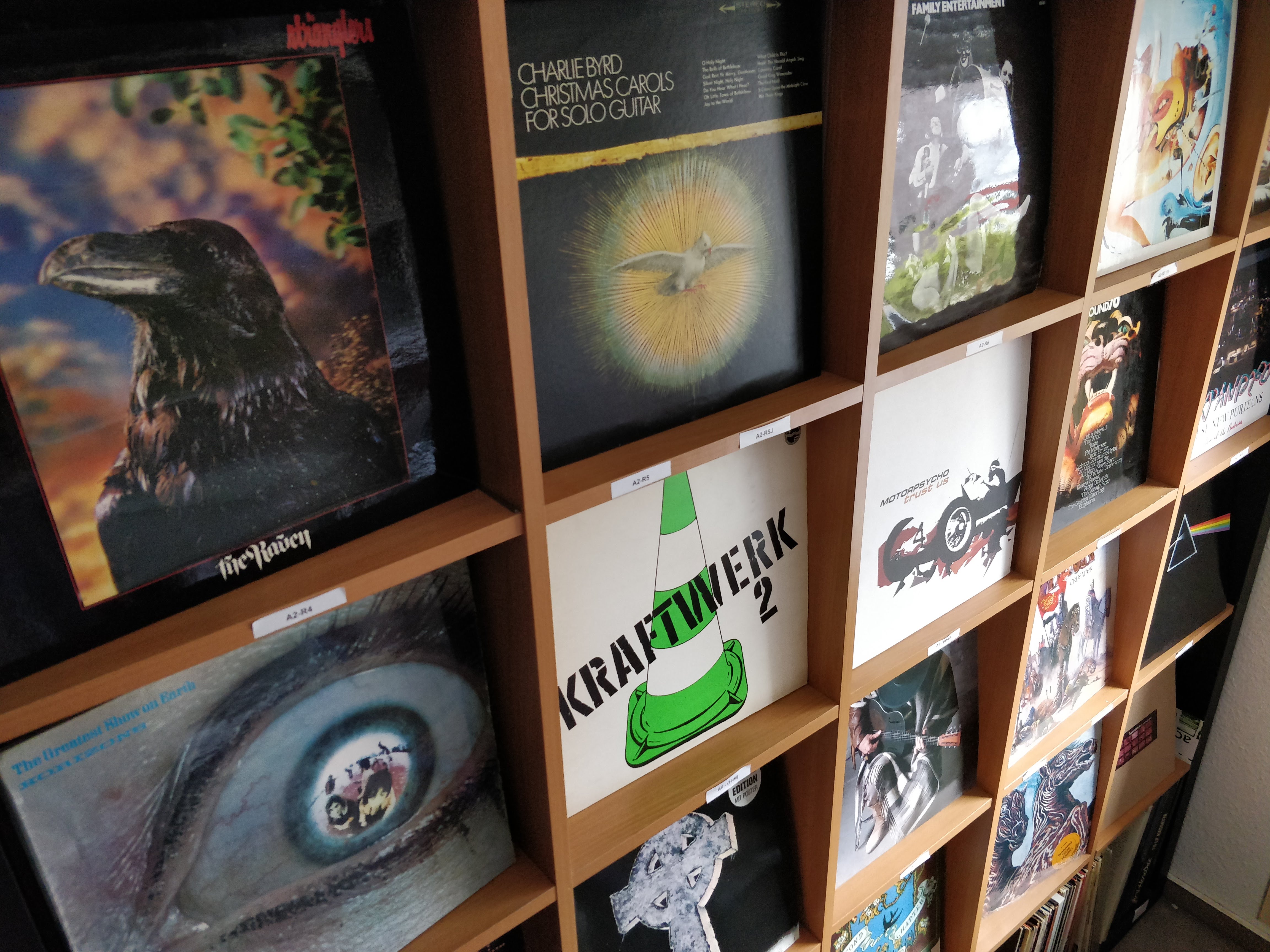 How did you get into selling records?
When I was a little boy, I used to listen to records like everybody else at that time. I sat in front of my parents’ record cabinet and my older sister played her records. At that time, I loved Roy Orbinson‘s “Oh, Pretty Woman“. The cover and sound were so nice! That was in the early 60s. So I became familiar with music.

When I got older I went to the stores in Boppard at the Rhein and admired the records all over there. When I went to school I always had to go through the small town and looked at the covers of the records at an electrical shop and wished to buy them. Unfortunately, the money was never enough. When I had my first job I collected my first money and bought my first records. I think it was Uriah Heep and on Vertigos Swirl and Free on Pink Island. The spinning Swirl was enchanting. That was the beginning of collecting records. During my first trip as a teenager I discovered reduced records in a record store in Essen. There I bought 5 or 6 records directly. That was amazing! I drove back straight home and I listened to them all. I was on the moon. It was the best. I remember lively the record from Achim Reichel – “Die grüne Reise” and “Gommorah” – I turned to see the voice it is. Both are very rare rarities today. I used to talk about records with my friends at school. Always after school we met and listened to the latest records. Black Sabbath, Uriah Heep, Warhorse, Beggars Opera… I was crazy about those covers from that time. Small works of art from time to time. So I got older and grew up with the music.

When I got older, we always went to Cologne to the biggest shop for music “Saturn Hansa” and looked for new records. We always bought the newest records there and were always very happy about them. In Bonn, I heard about a big flea market. You could always buy records there. I took my friend Gunther with me and bought more records. In the evening we went to an underground club in Bad Godesberg. There was a great concert with King Crimson and Grobschnitt. I sold my first record privately from my collection because I needed money for new records. That’s how it all started.

Do you have a story that you’d like to share about record selling? Please tell us!
I’ve sold records my whole life. It started with flea markets. At some point, I could afford my own record store in Saarbrücken: Zoom-Records. In the 90s, this was a small institution in Saarbrücken and I even had a co-worker. At the weekend I went to flea markets and record fairs and during the week I was in the shop. It went really well and I had a great and very full life. But I also worked all the time and was always on the road. In the shop, the record collectors always came towards the end of the day and we listened to the latest records together. Towards the end of the 90s, everything changed. The CD business became more and more important and the records became less and less popular. At the turn of the millennium, the CD became also less popular and was replaced by downloads. Business got worse and worse and I had to give up after a few years.

Fortunately, I was able to keep my private collection and from that time on I was just a collector. About 5 years ago, as my life was progressing towards the age of 60, I made a decision with my girlfriend. Our big goal was to hike the Way of St. James and for that we needed money. I decided with a heavy heart to finance the journey through the sale of all my records and started selling my collection. I had about 1,500 records at the time. I didn’t know about Discogs back then. In the beginning, I put everything on eBay. That was a lot of work and took so much time!

After a few months, I found someone who took the records on commission and sold them for me. It had worked and I could hike the Way of St. James. I was happy. A great journey. One of the best of my life.

After our long and beautiful journey, when I came back, unfortunately not all records were sold. The person who took them on commission didn’t want to sell them all and just took out the cream. I wanted to sell everything and had to think about how I could do it. Then I discovered Discogs and simply tried it out. I didn’t know Discogs until then and wasn’t aware that there was such a large community behind it. It was absolute madness.

After one year, I decided to do the whole thing professionally and register a business. Since then, everything has grown incredibly. I am now 61 years-old and my girlfriend, who is 66 years-old, is helping me out. It is really a lot of work for us. Everything is done in our own apartment. Some days I work from sunrise till sunset. We have many helpers from the family as well. With my son I was able to buy some large record collections. Meanwhile, I have more than 6,000 offers already at Discogs and probably 4,000-5,000 offers are still outstanding. It is really incredible how big the record community still is and that there are so many collectors. I am so grateful that at my age I can really take off again with what I love. Thanks to all music lovers in the world and thank you, Discogs!

What is your favorite record of all-time?
A.R. and Machines – Die grüne Reise / The Green Journey 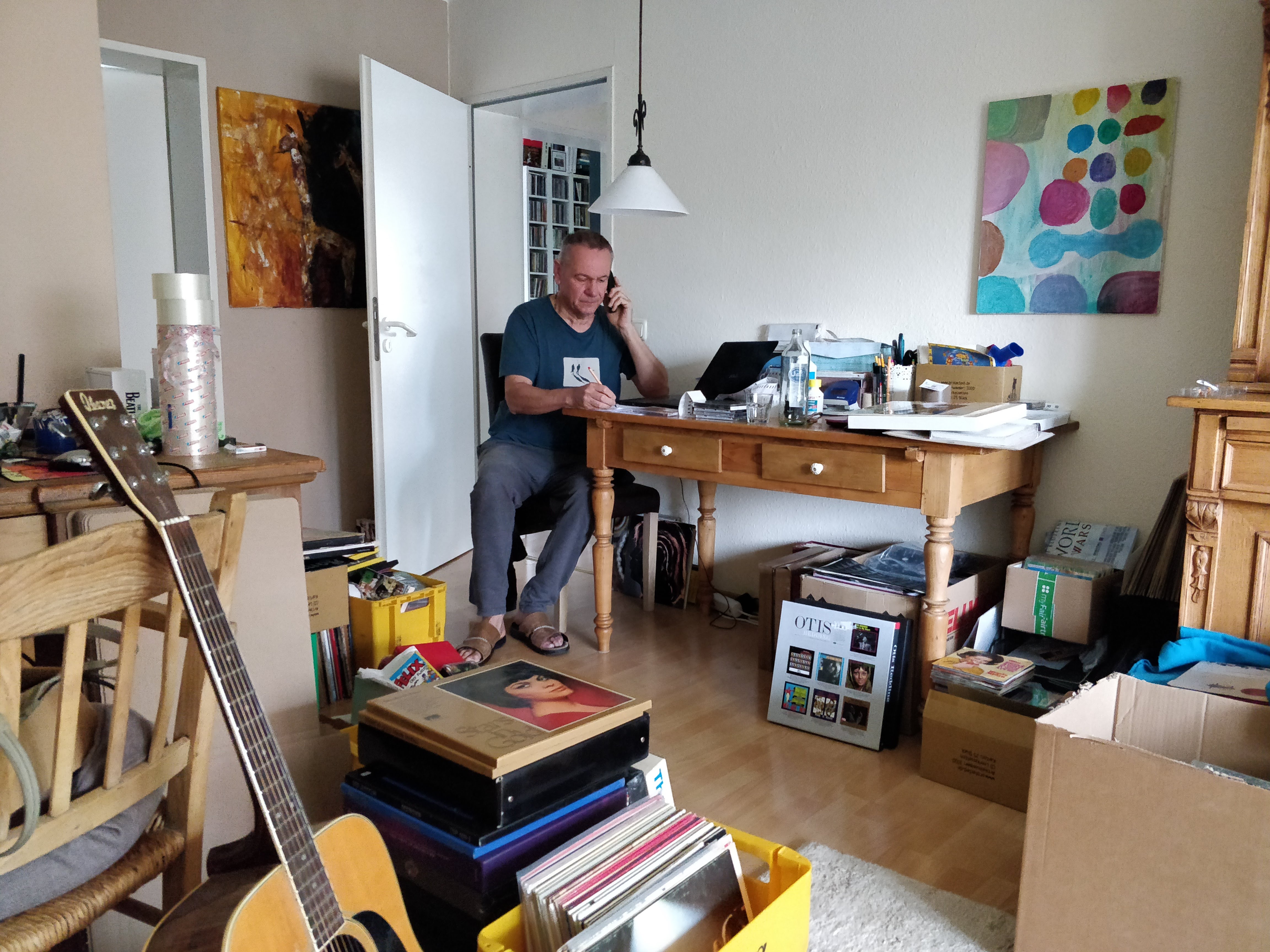 What is the most valuable item you’ve ever sold?
The most expensive record I have ever sold is Zakarrias. It was during the 90s, this is a progressive psychedelic rock record from 1971, released on Deram. The main character is the singer and guitarist who called himself Zakarrias. It was a music journalist who made music in his spare time. He played guitar and bass pretty well and had a flashy bright bluesy rock voice. In the most distant one can compare it with Robert Plant. The sound was very individual. You had to love a fable for this voice and the excellently produced psychedelic sound. It’s one of my favorite records. I sold the record for 3,000 German Marks. That was a real pleasure.

What does your own record collection look like?
Since I had decided to sell everything, I no longer have a private collection. Everything is at Discogs, every day a few records are going out and a few new ones are coming in. Selling everything was a really hard decision, but in the end, it was the best one I ever made!

What has been your best record find?
There are so many! I can’t even tell which one is the best. Most of all I am happy about a well-kept mint collection with old Krautrock records. Then I feel like I’ve been taken back to my childhood. That’s a really good feeling.

What is your number one tip for buyers and/or sellers on Discogs?
What I have noticed over the years is that it is totally important to do the grading right. You should always write if the cover is damaged or the record has too many scratches. But the most important thing is communication. There are always uncertainties and the most important thing is that you can talk about them. Until now, I have almost always found a solution that is good for both sides. One should remain peaceful in communication and always try to understand the customer. Often, it is misunderstandings that quickly lead to a bad experience.