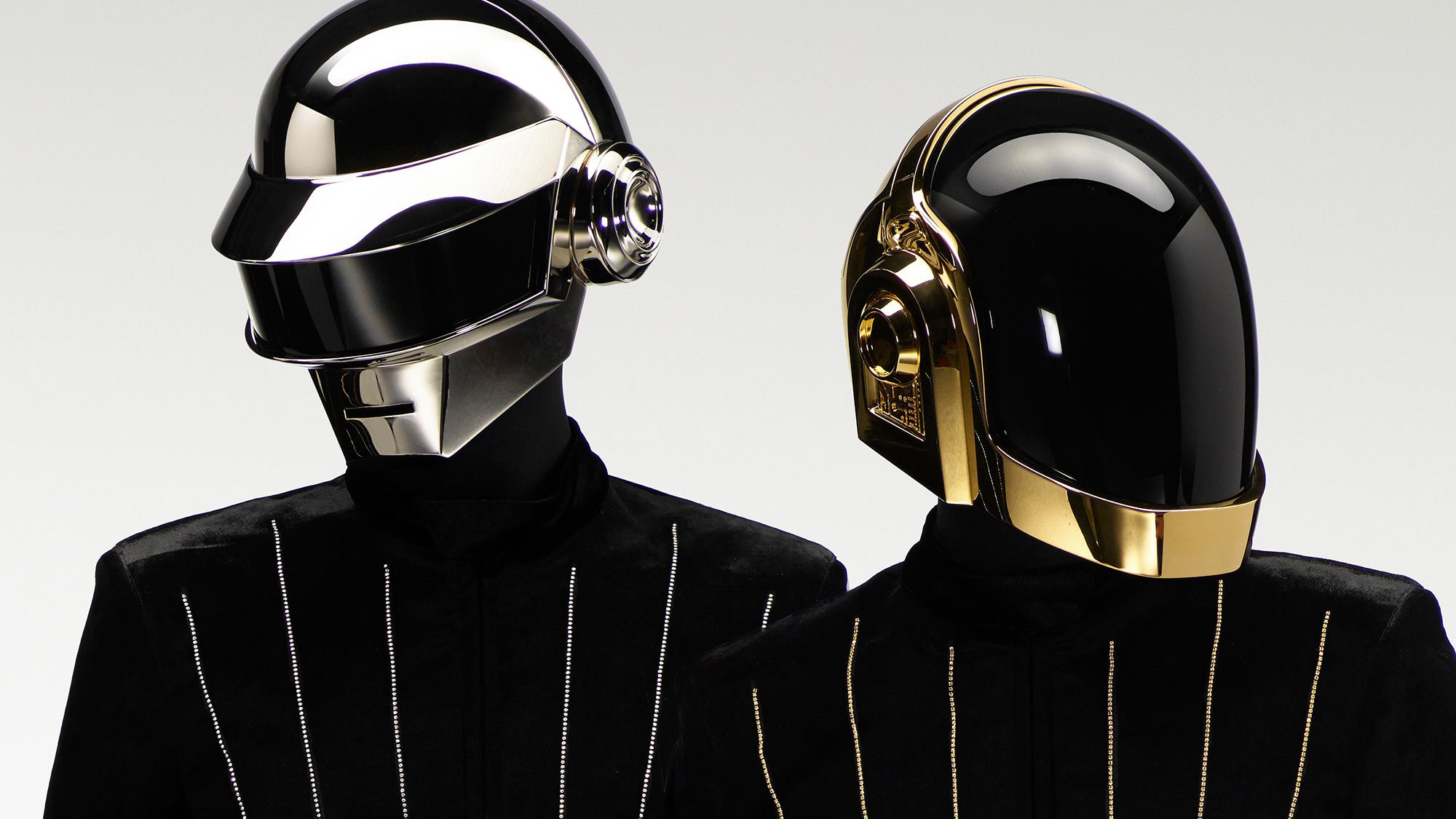 Daft Punk is dead. Long live Daft Punk. On Discogs, that is.

The electronic duo consisting of Thomas Bangalter and Guy-Manuel de Homem-Christo announced their breakup on Monday, February 22 after 28 years of popularizing the house genre, collaborating with other big-name acts, winning Grammys, scoring a movie, and playing at shows (and houses) around the world (pun intended). At this time, the exact reasons are unknown, but the manner of their declaration was admittedly pretty cool:

As the news spread, fans began lamenting the loss and sharing their thoughts on social media — oh, and buying their albums. A lot of albums. On Monday, Discogs witnessed a massive spike in users adding Daft Punk releases to their Collections and Wantlists, purchasing these releases through our Marketplace, and listing some of these releases for sale at higher prices.

Let’s break down the breakup.

How Many People Have, Want, and Bought Daft Punk Releases?

On Sunday, February 21, it was business as usual for Daft Punk fans. Folks on Discogs added 289 of the group’s releases to their Collections, added 246 to their Wantlist, and purchased 41 through the Marketplace. On Monday, the day of the announcement, Discogs saw 987 “haves” (Collection additions), a whopping 6,922 “wants” (Wantlist adds), and 1,584 sales. That’s a 243% increase in haves, a 2,714% increase in wants, and a 3,763% increase in sales. This trend continued for the next two days, although to a lesser extent.

The post-breakup spike is certainly the most climactic, but it isn’t the only one we’ve seen. In May 2013, the month that Random Access Memories was released, Discogs facilitated 2,933 haves (118% increase compared to the month before), 1,705 wants (71% increase), and 691 Marketplace sales (46% increase).

Discogs also saw a similar spike in January 2014, when the album won big at the Grammy Awards. In fact, you’ll see spikes in haves, wants, and sales any time a new release is announced, dropped, or honored. Apart from the breakup announcement, the most dramatic increase in Discogs activity occurred in April 2020 following somewhat unconventional music news. Everyone was abuzz with the rumors that Daft Punk might score an upcoming Dario Argento movie, which led to 9,033 haves (a 45% increase over the prior month), 8,492 wants (100% increase), and 1,113 sales (65% increase).

To put that into perspective: Last year, 6,980 Discogs users wanted a Daft Punk release, over 7,000 of those users actually collected a release, and more than 1,000 of those releases were purchased through the Marketplace on average each month.

How Much Are Fans Paying for Daft Punk Releases?

So, it’s obvious that fans are scooping up records. The question remains: How much are they willing to pay for them?

There are a lot of variables that can increase the value — and therefore, the price — of a music release. For example, format, quality, artist renown, and limited availability can all factor into a price tag. In the case of Daft Punk, their breakup announcement told everyone that there will be no more music, so the existing copies of their releases will be the only existence.

(Well, that’s not entirely true. Artists regularly drop reissues, represses, remixes, and the like, so we don’t doubt that more Daft Punk releases will be available in the future. But for the sake of understanding the price hike that we witnessed on Monday, let’s just pretend that we’ve reached the maximum amount of Daft Punk music.)

Sellers and stores are reevaluating their now-more-valuable Daft Punk stock and, as a result, possibly increasing the price tag on each copy accordingly. Or, in some cases, exponentially.

Let’s take Daft Punk’s most release on Discogs: the original Random Access Memories double-LP on 180-gram vinyl. As of writing, the median price is $35.50 and the most that anyone has shelled out for it is $73.16 (which was actually in January of this year). However, the lowest listing price currently in the Marketplace is $158.73. That’s a 158% increase from the median price to the current listing price.

However, not every release is experiencing the same price hike. You can find plenty of versions in the Marketplace for pre-breakup prices, but they are more likely to be CDs and or more heavily used vinyl. The most expensive Daft Punk release ever sold on Discogs (more info below) went for over $900, but you’ll find a copy currently going for around $300.

And just because these releases are listed for wallet-emptying prices doesn’t mean that they will actually sell for that amount. Discogs regularly rounds up the month’s most expensive and best-selling items, so it will be interesting to see how many times we can count Daft Punk on the lists when the February 2021 editions are ready.

For now, let’s take a closer look at what most Discogs users have been collecting, wanting, and purchasing, as well as which ones are technically the highest-rated.

It’s not uncommon for the same release to be an artist’s most-wanted, most-collected, and best-selling on Discogs. If folks in the Marketplace are selling a lot of one album, then it stands that Discogs users are adding that title to their Wantlists and Collections.

However, it is slightly rarer that the same three releases rank in all three categories in the exact same order — we’re talking the same format, same country of release, same everything. In the case of Daft Punk, the following list of albums represents what people on Discogs are wanting, collecting, and selling the most.

Most Expensive Releases Ever Sold

Since Daft Punk’s breakup, nobody has dished out a fortune for one of their releases — yet. In fact, the most expensive sales on Discogs so far are pretty resonable giving the releases’ availability and formats.

However, we are still surprised by the format that rests at No. 1 on this list. It’s no secret that vinyl reigns on Discogs; records regularly take the top spot among our most expensive and best-selling lists. However, a CD reissue from Japan is the most expensive Daft Punk title. The rest of the ranking is rounded out by a Japanese vinyl pressing of Discovery and a super-awesome-limited-deluxe box set of Random Access Memories. 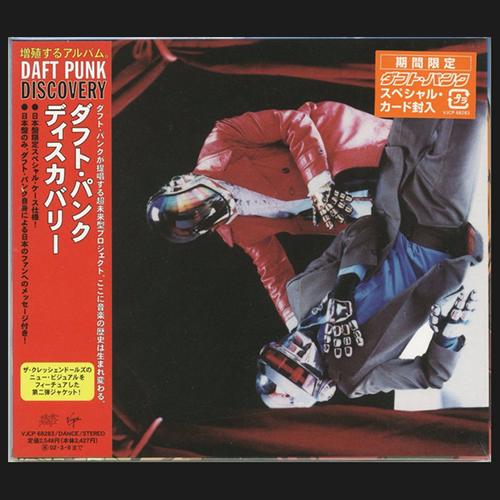 Discogs offers users the ability to rate a release. This function helps inform collectors about the best possible version or pressing.

When we look at the releases that folks have rated the highest, the lineup is quite different than albums that most people have collected. In addition to Daft Punk’s more well-known titles, we’ll find more box sets and vinyl reissues.

But first, a quick word on how we calculate the highest-rated releases. To avoid giving a release with a single 5/5 rating more clout than a release with several 5/5 and a one 4/5 rating, we’ve used some math wizardry to weigh the ratings. The weighted rating takes into consideration the average rating and the number of ratings submitted by Discogs users.